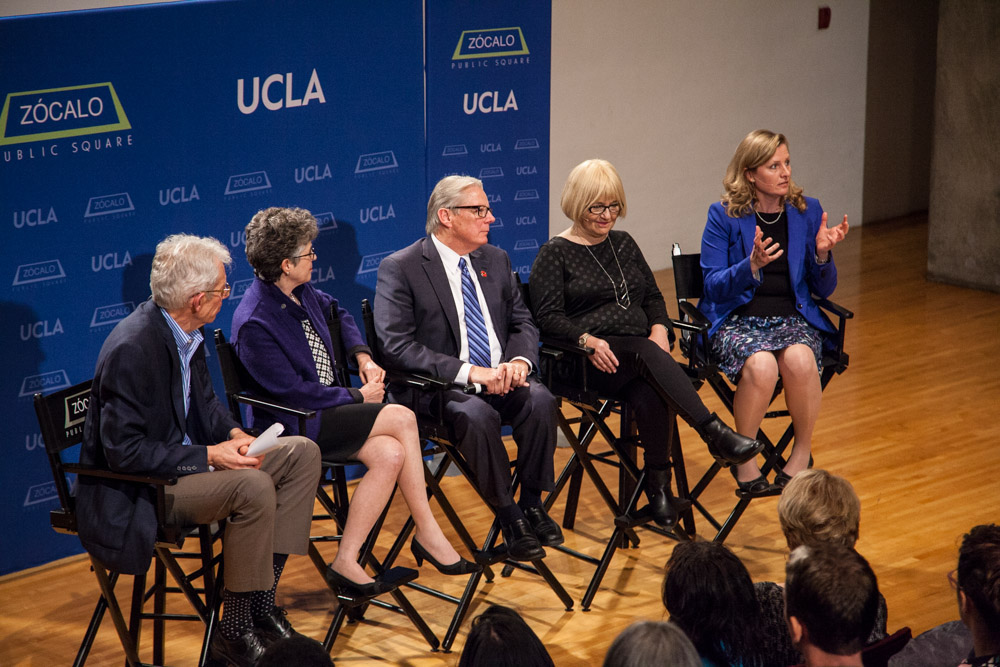 She lived a full life, but illness is getting the best of her. Could be days, could be weeks, the doctors say—unless, that is, she tries one particular treatment. It’d involve some suffering on her part—needles, tubes, doctors checking up on her and all that—but, if it works, it’d buy her another few months.

The family’s divided: Her daughter says fight the illness, give her everything medicine’s got. Her son doesn’t want her to endure any more pain.

So, which is the right option? When is it time to prepare for death instead of delaying the inevitable? And did anyone ever bother to ask grandma what she wants?

John Fairhall, the editor-in-chief of Kaiser Health News, presented this scenario last night to an overflow crowd at a Zócalo/UCLA event, “Does Medicine Know How to Approach Death?” The scenario is a common one in hospitals, he said. In an age of rapid technological innovation and tremendous advances in medical treatment, medicine is capable of extending life longer than ever before. But with this new power come new ethical challenges. Moderating a discussion at the Museum of Contemporary Art, Los Angeles, Fairhall pressed four panelists to tackle the hard question of who decides when and how we should die. They agreed the answer first and foremost is a matter of respect—and planning.

“I think the real meaning of treatment is getting to know a patient,” said Susan Stone, a doctor in the Annadel Medical Group of the health care network St. Joseph Health. “We have to understand who this person is. What do they do in their life? What are the things important to them now?”

Sure, we live longer than we used to, Dr. Stone added, but the quality of that longer life needs to be taken into account. “Just because something is there doesn’t mean we have to use it,” she said.

Katherine Brown-Saltzman, a registered nurse who directs the UCLA Health System Ethics Center, agreed with this principle, yet added that things get complicated. While some families make an effort, along with their doctors and other health care providers, to plan for the end of life, the stress of actually confronting death has a tendency to make us throw plans out the window. Families still end up disagreeing, and doctors worry about upsetting people and provide false hope for treatment, when they should be advising patients to look into hospice, the form of end-of-life care that focuses on reducing suffering rather than extending living.

“Until very recently, we as a society haven’t had good conversations about what our values are,” Brown-Saltzman said. “There’s a lot of fear, often the need for control, and not enough listening happening. What does a good death even look like? ‘What do I want this to look like?’ It’s very difficult to sort that out when all these options are in front of you, and medicine is coming from the perspective of ‘let’s look for a cure.’”

The solution, the panelists agreed, is not just a more individual approach to patients, but a more holistic one as well—addressing not only physical needs, but psychological ones; alleviating not only pain, but suffering. This approach goes beyond the purview of doctors to encompass nurses, social workers, and chaplains, among others.

“The existential pain at the end of life can be so great, from a lifetime of shoving things under the rug,” said the Rev. Lori Koutouratsas, palliative care chaplain at the UCLA Medical Center in Santa Monica. “I have conversations with physicians all the time who are like, ‘I don’t know what to do with this patient.’ … For me, being a pastor is an opportunity to connect with people intimately, and to help them in whatever human condition they’re going through—to help them adapt and make meaning out of what they’re experiencing.”

But the approach to meeting patients’ needs isn’t without its controversies. Exactly how far should medicine go?

California State Senator Bill Monning talked about losing multiple friends to cancer, which was part of the inspiration for the End of Life Option Act, a law he co-authored that legalizes the provision of a lethal drug to consenting, mentally stable terminal patients who have less than six months to live. (Monning and others prefer the term “death with dignity,” on the grounds that “suicide” technically is an irrational act.)

“We live in a culture in denial of death,” he said. “[The End of Life Option Act] would underscore the efforts of wanting to create compassionate choices for a situation.”

Despite disagreements over the law’s ethics, the panelists agreed that, on principle, at least, the more options available to patients, the better. In a question and answer session with the audience, they talked about the importance of overcoming cultural and economic barriers so that services like palliative and hospice care are available to everyone, not just those who can afford them or who already know they’re viable routes.

That means educating both doctors and patients about when to look beyond mere treatment. It also means more carefully allocating funds to a variety of ways to deal with dying, rather than throwing as much money as possible at keeping people alive for as long as possible.

Brown-Saltzman told a story from her hospital about an estranged son who came to see his dying father, who could no longer speak. The son didn’t know what to do, so Brown-Saltzman gave him a razor and suggested he shave him. In doing so, the son remembered all the joyful moments he had with his father earlier in life (including his father teaching him how to shave), and forgave the father for whatever had caused their split.

“That’s what I’m talking about,” Brown-Saltzman said. “That’s the kind of healing I want.” 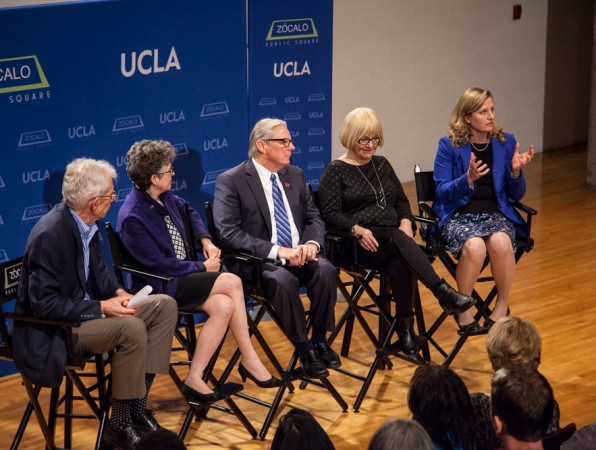 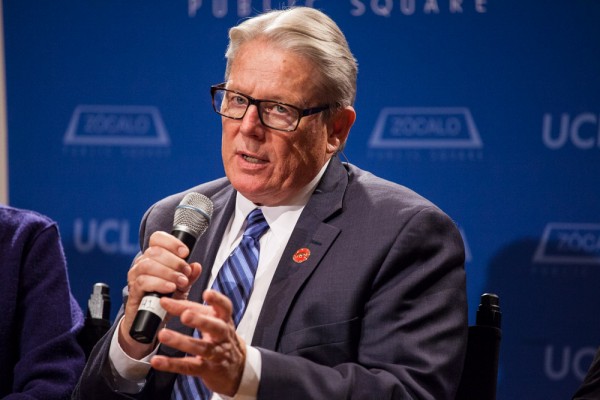 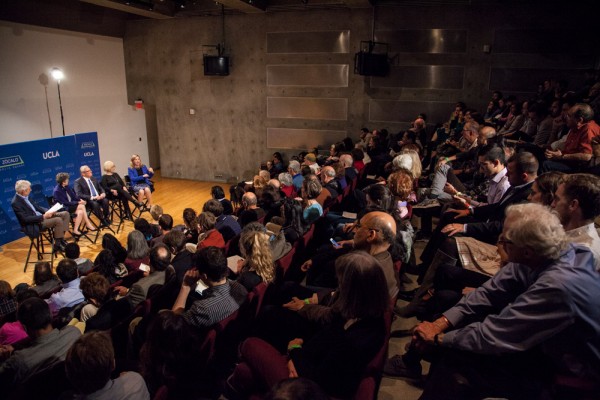 Full house at the Museum of Contemporary Art 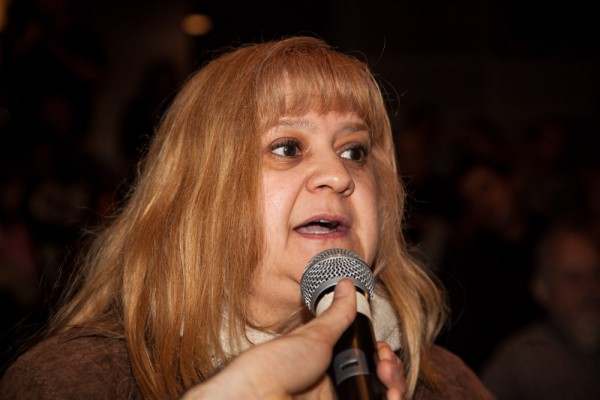 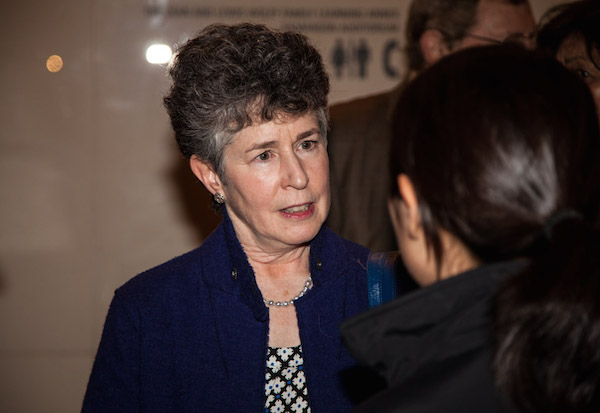 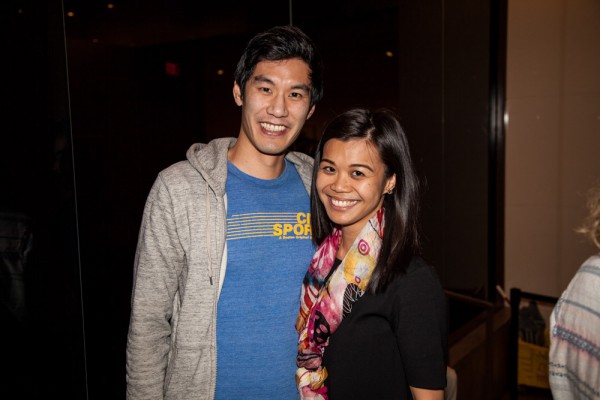