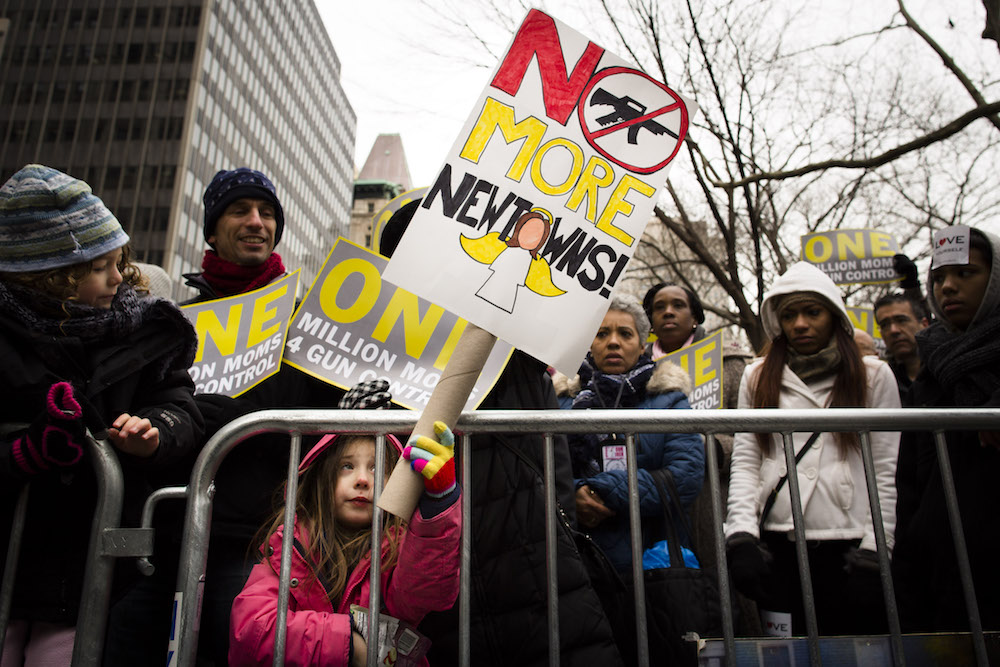 When President Barack Obama announced he would not campaign for or endorse any candidate that doesn’t support stricter gun laws, it was another marker in a sea change in the discourse over guns in America.

Even in the absence of significant new federal legislation, the gun debate has been transformed since Newtown—and Aurora. And Tucson. And Chattanooga. And Fort Hood. And Charleston. And San Bernardino. And … the list goes on, tragically. Together, these mass shootings have brought so much public attention to gun policy and gun violence that the conversation has changed radically.

How? For many years before the Newtown shooting in December 2012, Democrats avoided talking about new restrictions on guns for fear of losing votes, especially in swing states. In 2008 and 2012, for example, candidate Obama downplayed gun control and emphasized his support of the Second Amendment. Now the Democratic presidential contenders are making gun control central planks in their platforms and it’s a litmus test for Obama’s support.

But does this new conversation mean that we are on the verge of meaningful change in America’s approach to guns? There are many signs of hope for advocates of gun control—and also cause for them to be concerned.

Here are the hopeful signs. The gun control movement has been reinvigorated. Although Congress is stalled (on guns, along with quite a lot else), a significant percentage of the population lives in states that have enacted restrictive new gun laws: Colorado, Washington, Oregon, Maryland, California, Connecticut, Delaware, New Jersey, and New York among them. While the National Rifle Association has dominated campaign spending on gun issues for decades, there’s a more level playing field now largely due to former New York Mayor Michael Bloomberg’s money and former Congresswoman Gabrielle Giffords’ Super PAC. Polling shows widespread support, even among gun owners and NRA members, for reforms like universal background checks and banning people on terrorist watch lists from buying guns.

Over the coming years, the NRA faces unprecedented demographic challenges. The country is becoming more diverse, with growing populations of Latinos, Asians, and African-Americans. These ethnic groups report the highest support for gun control among the population. The country also is becoming more urbanized and college-educated, two other demographic characteristics associated with stronger support for gun control. The NRA knows this, and is making a renewed push to appeal to a new audience—as highlighted by their recent hiring of the hip, web-savvy attorney Colion Noir as a spokesperson. So far, however, gun ownership remains disproportionately concentrated among America’s declining demographics: white, rural, non-college educated.

One interesting aspect of the reinvigoration of the gun control movement is its timing—right on the heels of what had appeared to be gun control’s most devastating loss. In 2008, the Supreme Court for the first time struck down a gun control law—Washington D.C.’s ban on handguns—and announced that, as the NRA claimed, the Second Amendment guaranteed an individual right to bear arms. The decision sparked hundreds of legal challenges to gun control laws. Yet the lower courts have upheld all but a small handful of gun laws and the Supreme Court has shown little interest since Newtown in deciding another Second Amendment case. This term, the justices agreed to hear a case involving a gun law—and specifically directed the advocates not to argue about the Second Amendment.

The reason courts have upheld most gun laws is that America, by and large, does not have very burdensome gun laws. That’s due to the political influence of the NRA, which has led a successful 40-year effort to loosen gun laws.

That brings me to the causes for concern. In the short term, at least, the NRA still has a very strong hold on Congress, thanks to single-issue pro-gun voters. Until gun control candidates can count on support from an equal or greater number of single-issue votes, the NRA will maintain the edge on Election Day.

With more mass shootings undoubtedly to come, don’t be surprised if the election turns out to be a referendum on guns.

Gun control also has a public relations problem: Support for the idea of gun control generally is at historic lows (even as support for specific proposals is high). And we should remember that as many states have loosened their gun laws since Newtown as have strengthened them. Many of these laws are minor, but that’s only because the NRA has been so successful that pro-gun advocates are left to push for guns in the few remaining places they aren’t allowed: college campuses, bars, and kindergarten classrooms.

Besides the NRA, gun control advocates are often their own worst enemies. There are important and effective gun reforms worth adopting: universal background checks, better reporting of criminal and mental health data into the federal background check database, stronger enforcement of gun laws, cracking down on rogue gun dealers. Yet advocates also push for predictably ineffective laws like bans on military-style rifles, which, contrary to common belief, are not machine guns and are rarely used in crime. Gun control proponents laugh off the NRA’s claim that the government wants to confiscate guns and then propose to outlaw the most popular rifle in America.

The 2016 election may prove to be a historic moment for the gun debate. With Obama’s gun control litmus test and presidential candidates from both parties staking out strong positions for and against gun control, this issue increasingly looks to become one of the focal points of the campaign. While Americans believe other issues, like the economy and jobs, are more important, it may be easier for the two parties to draw clearer distinctions on gun control than economic policy. With more mass shootings undoubtedly to come, don’t be surprised if the election turns out to be a referendum on guns.

For gun control advocates, there’s a lot at stake. If Democrats lose the White House, in an election they are widely predicted to win, gun control will be blamed and likely become once again the hidden stepchild of the Democratic Party platform. And even if a Democrat is elected president, the GOP will hold onto the House so there will not be any significant new federal legislation.

A Republican president, by contrast, could enact new—and looser—gun laws, like national legislation broadening the right to carry guns in public. Gun control advocates, in other words, have new hope and significant political momentum. But they have much, much more to lose this election than they can hope to gain.