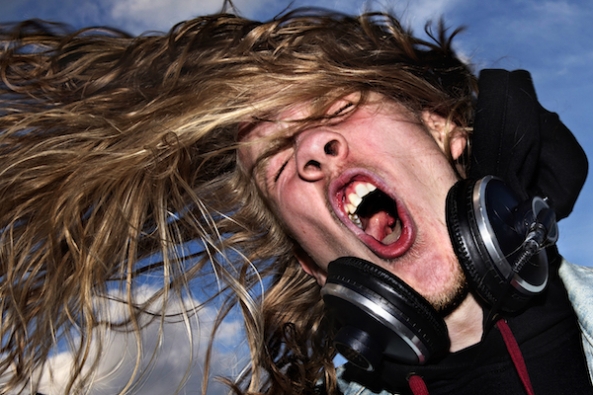 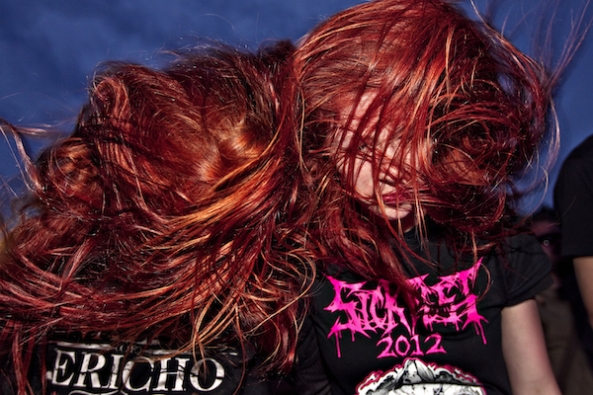 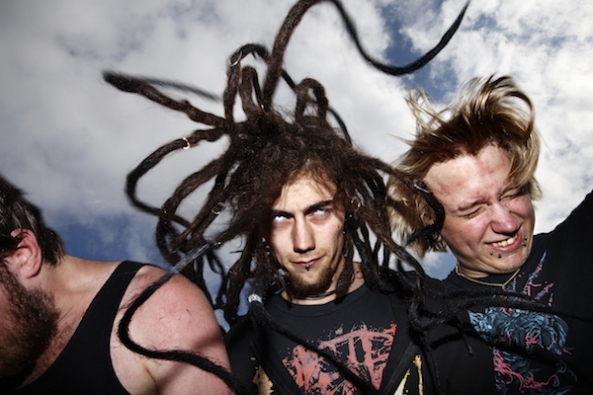 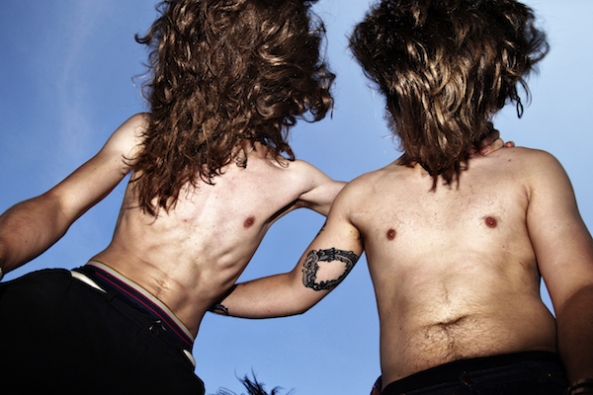 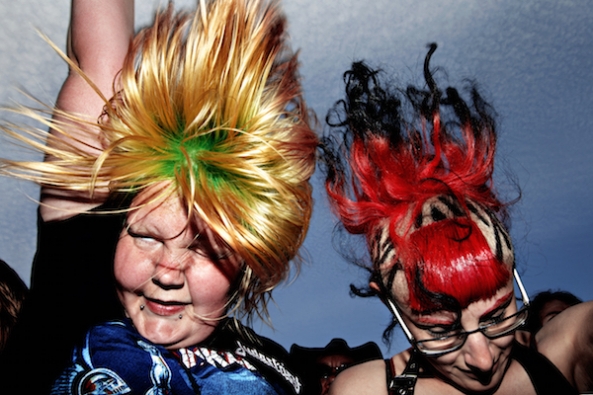 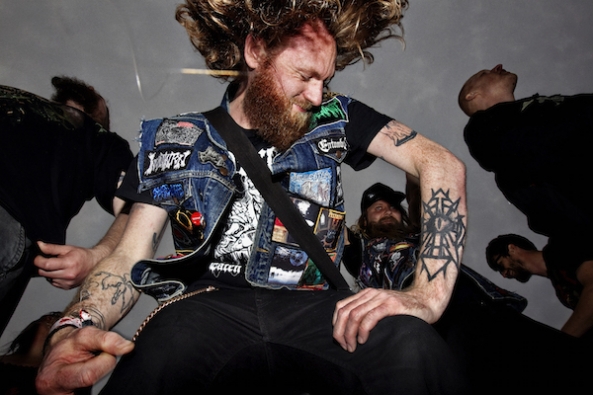 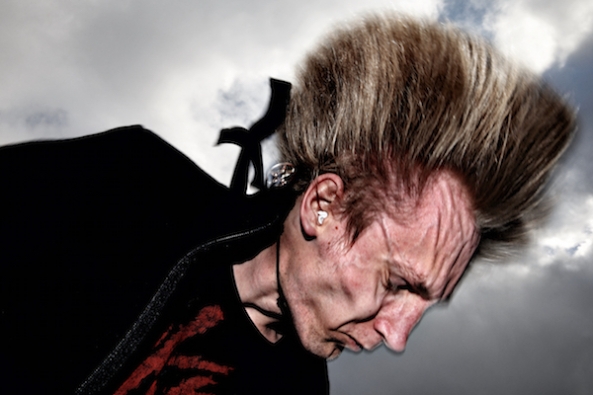 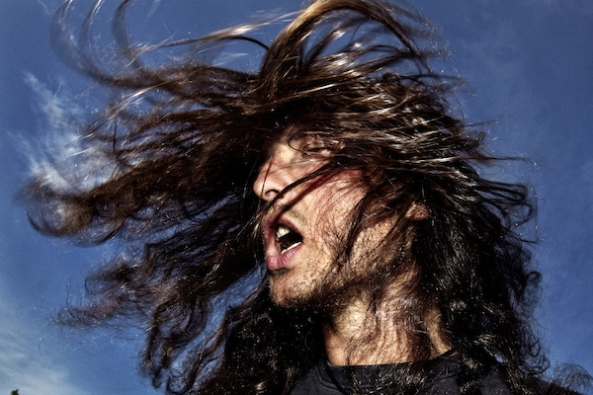 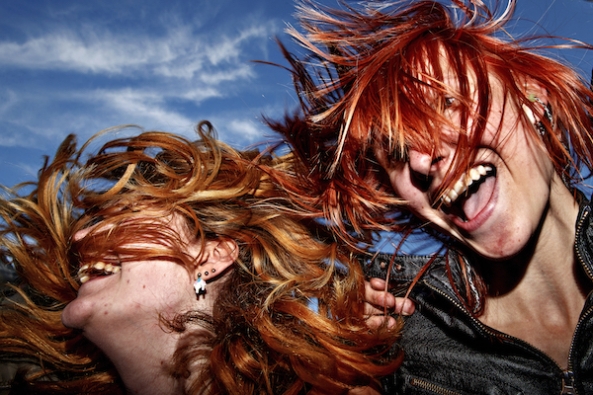 On December 9, 1983, Jacob Ehrbahn rocked out like he’d never rocked out before.

He was 13, a suburban Dane who’d never been to a metal concert. The Scorpions—a year off their hit “No One Like You,” a couple of months away from “Rock You Like a Hurricane”—were in Copenhagen, on tour. Ehrbahn showed up early with his friends to get a place right in front of the stage. Once the guitars fired up, they were transported to another world.

“Heavy metal music was a new thing to us,” Ehrbahn says. “We totally connected with the energy in the music and the whole atmosphere.”

The experience stuck with him. After launching a decorated photojournalism career, he found himself back in a Copenhagen mosh pit—this time, at the metal festival Copenhall in 2012. His mission: capture the state of mind that heavy metal puts fans in. He wanted to find a way to depict the collective energy at shows.

The result is Headbangers, a recent book of up-close portraits of metal fans whipping their heads around the way metal fans do. Ehrbahn attended multiple outdoor festivals around Europe in 2012 and 2013 to find subjects, snapping some 14,000 photos in the middle of performances and selecting the best 67.

To communicate the intensity of the concert-going experience, Ehrbahn framed each picture the same way: full flash, with the sky as the backdrop. Physics does the rest, contorting faces into absurd grimaces and twisting long hair into abstract waves and twirls. The headbangers look weightless, which “corresponds great with people being on an inner journey while abandon[ing] themselves to the music,” Ehrbahn writes in a summary of the project.

Miraculously, he didn’t get injured or break any equipment while weaving through the flailing crowds. (“Worst thing that happened to me was getting soaked to the bone a couple of times due to heavy rain,” he says.) And even though the moments he captures with these party-hard rockers feel extremely intimate—and aren’t often flattering—Ehrbahn says the metalheads welcomed him with open arms. “When I stepped into your private space without warning, when I fired my flash in your faces from all possible and impossible angles, you let down all your guards and let me photograph,” he writes in the book, addressing his subjects. “You cast vanity overboard and allowed me to get close as you surrendered to the music.”

Exactly why people headbang is as tricky to pin down as the origin of the “headbang” move itself—which, as Wired points out, may date back to crowds at Led Zeppelin’s 1969 U.S. tour or to Ozzy Osbourne’s early stage theatrics. But Ehrbahn doesn’t doubt headbanging’s power. He sees it as directly tied to that atmosphere he fell in love with as a kid, achievable only by an intimate connection between a band and its followers. (“When I headbang,” a fan once told him, “I feel like I am giving something back to the band that they have given me through their music.”)

He also doesn’t doubt headbanging’s beauty. His photos are arresting because they succeed in offering a rare glimpse of that moment of transcendence a person enraptured by art can achieve—even if that person is caked in sweat and mud and risking permanent neck damage. At the peak of chaos, there is sublimity.