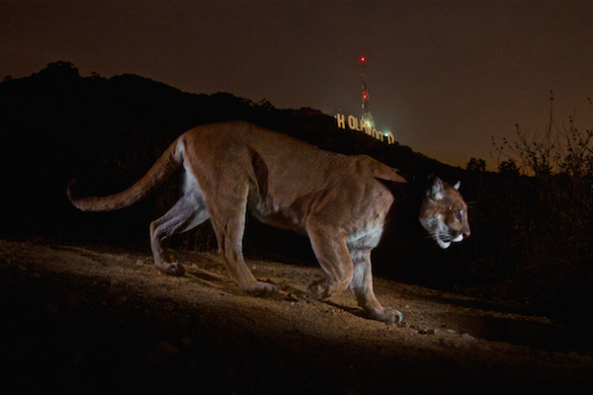 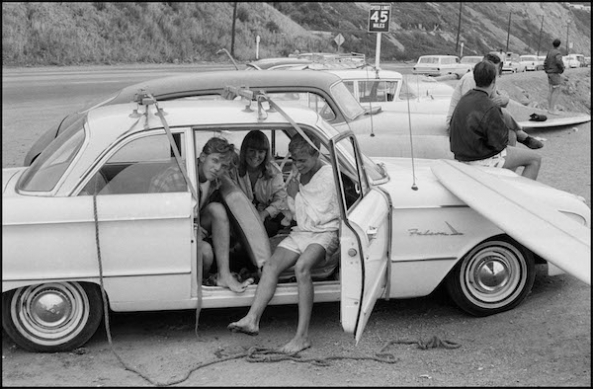 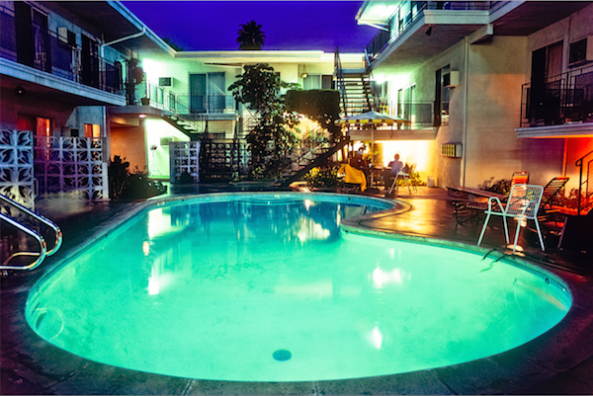 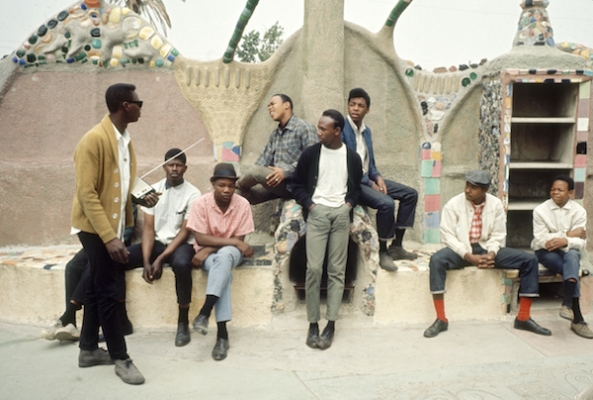 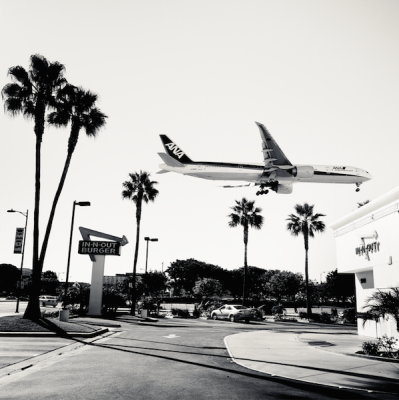 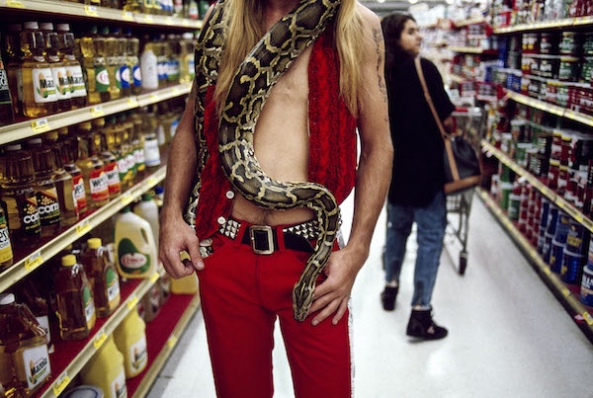 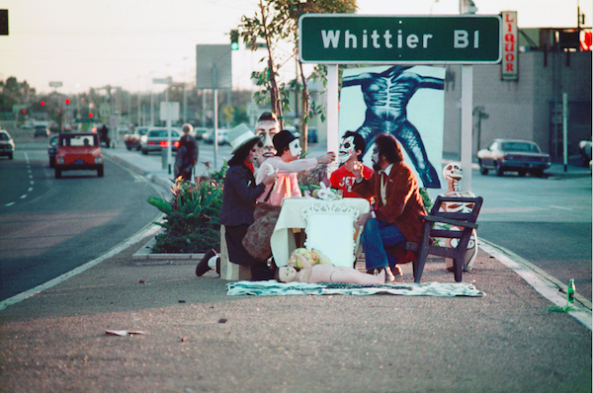 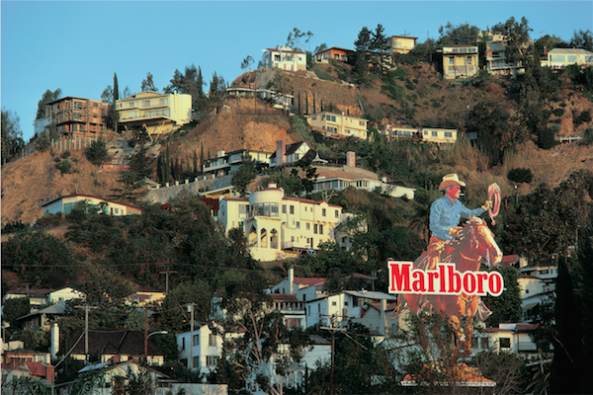 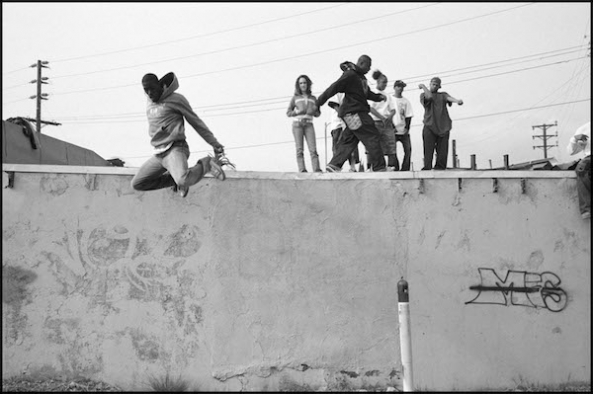 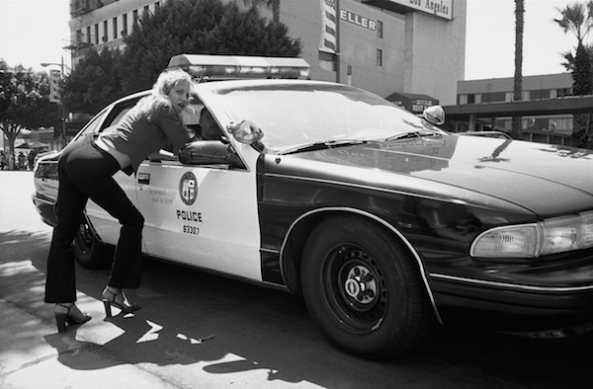 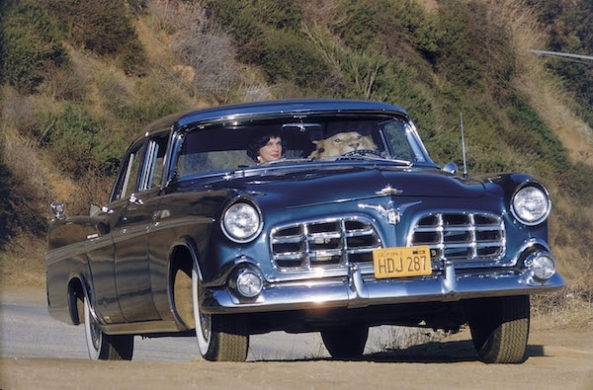 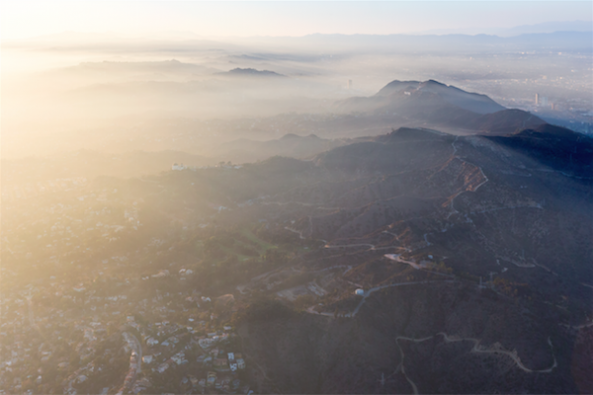 In 2013, wildlife photographer Steve Winter captured an arresting scene for National Geographic: a burly male mountain lion, ambling across a dirt trail in the mountains at night, with the white letters of Los Angeles’ Hollywood sign illuminated in the background.

By then, the “Hollywood cougar” already was a fabled celebrity, having previously popped up in front of remote cameras around Griffith Park. But Winter’s shot was the first to pair beast and sign in a single, supremely weird image—one that juxtaposed symbols of Los Angeles at its most primal and most glamorous.

To Jane Brown, an editor of the recent photo book Both Sides of Sunset: Photographs of Los Angeles, Winter’s photograph perfectly represents one of the many contrasts that make up L.A.—a city full of beaches and mountains, poverty and opulence, intimacy and sprawl. “The picture is just so crazy, so unusual,” she said. After all, there aren’t a lot of major cities where mountain lions are roaming the parks.

Back in 2004, Brown, a sales director at the bookseller Artbook (and a lifelong Angeleno), began collaborating with a New York-based photography collector named Marla Hamburg Kennedy, who had an extensive notebook of L.A. images, to assemble a book of pictures that did justice to the city’s eclecticism.

“Up until that point, when you had photo books on Los Angeles, they all fit a formula,” Brown explained. “There’s the ‘film noir Los Angeles.’ There’s the ‘Los Angeles then and now.’ There’s the coffee table book that’s got your muscle beach photos and everything’s neon. This felt fake; nothing felt really genuine. Los Angeles is a really complex, diverse city, and none of these books were addressing it.” So she and Kennedy set out to do so.

Their book—which turned into two books: 2005’s Looking At Los Angeles, co-edited by Ben Stiller, and 2015’s Both Sides of Sunset—quickly became an exercise in organizing chaos. Sifting through hundreds of images in Kennedy’s collection that spanned the last century, the pair plucked out anything that said something unique about the city, and reached out to other collectors, artists, and archives to help fill in thematic or geographical gaps.

“There could be a whole book of people in their cars taking photographs of other people in their cars, but we had too many of those, so we had to edit them down,” Brown says. By contrast, they had to make a special effort to track down pictures of South L.A. and other neighborhoods.

In Both Sides of Sunset, Brown and Kennedy present the images from micro to macro: The book starts with store-facade and palm-tree portraits and gradually zooms out to panoramas of high rises and surrounding mountains. The result, as intended, is an encompassing view of a Los Angeles that’s both granular and sweeping, familiar and strange.

Photographers featured in the collection vary as well, from the famous to the unknown, and Brown says one of the rewards of putting the books together was uncovering hidden gems, like Bill Ray’s 1960s series on the iconic Watts Towers, the looming interconnected sculptures in South L.A. that were created over a period of 33 years. “Usually images of the towers just show them as structures, but in this series you see the towers from the ground,” she said. “Here, people are sitting, interacting. People live there with this incredible artwork.”

Brown hopes the pictures will encourage readers to see Los Angeles in new ways. And even after two books, she’s still gathering more. “I now come across images, and I’m like, ‘Argh, darn, I wish that were in the book,’” she said. “So I’m still collecting them, in case in 10 years’ time there’s another one.”