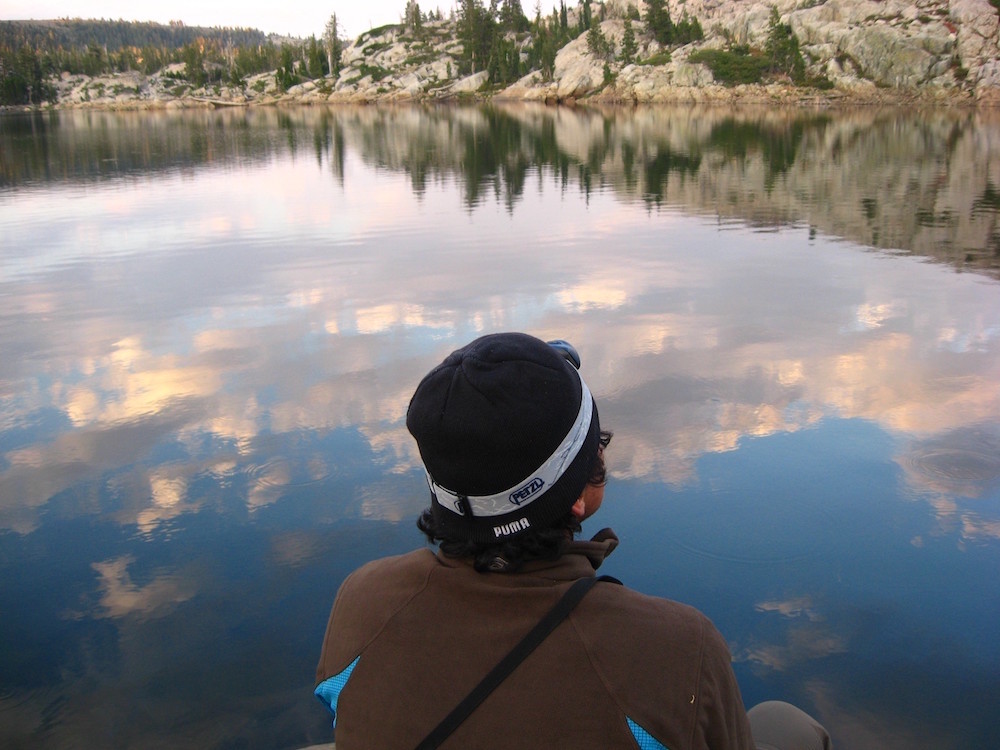 If more Californians felt welcomed at parks, they would be more likely to advocate for their protection, writes Richard Rojas, Sr. Photo courtesy of Latino Outdoors.

During my more than 30-year career as a California state park ranger, I was known as the diversity guy because I was one of the few Latinos to wear the park ranger uniform.

While we often think about parks as places for preservation—and they are—I am convinced that the parks’ ability to change and to reflect the country’s diversity is the defining issue for the future of the nation’s public lands. In this as in so much else, California is our best hope for the future.

California parks are rich in natural splendor and cultural heritage. The state’s 279 parks preserve nearly 1.6 million acres of winding coastlines and pristine wilderness, and offer more than 15,000 campsites and 4,500 miles of trails for the public to visit and explore. They also preserve historical places that tell California’s story, including the famous Hearst Castle in San Simeon and the Watts Towers in Los Angeles. They are protected—not just for this generation but for many generations to come.

Anyone who has stood amongst California’s towering redwoods, hiked the desert landscape, or experienced the stunning mountain vistas knows that nature is transformational. As a park ranger, I heard stories from people who found inner peace, and walked away with a sense of responsibility and awe for our natural treasures.

Yet, among these stories, what always stood out to me were the voices that were missing.

A survey commissioned by the National Park Service in 2009 found that only 28 percent of African-Americans and 32 percent of Latinos had reported visiting a national park in the last two years, compared to 53 percent for whites. Similarly, a visitor survey found that Latinos represent only 11 percent of Yosemite visitors, even though they represent 38 percent of the population in California.

Unfortunately, the California State Parks system doesn’t track visitor information, but during my time as a ranger it was obvious that many are being left out of this quintessential experience. The diverse California we see in our communities is not the California you see in campgrounds and on hiking trails. That needs to change.

Diversity matters for several important reasons. We need every Californian—and every American—to be a champion for our parks systems. When budget cuts loom, resources for parks are typically first on the chopping block—and in California, cuts have led to the closing of parks and reductions in hours and maintenance. Such devastating impacts can be prevented if every resident feels a sense of ownership over our parks and commits to advocating for their protection.

Additionally, California parks belong to everyone, and everyone should have access to the great power of the outdoors. Californians have proven that they are willing to step up when park resources are needed. Over the last decade, voters approved almost $10 billion in statewide, park-related bonds, with polls showing overwhelming support from Latino and black voters.

Last year, a commission created by Governor Jerry Brown published the Parks Forward recommendations aimed at increasing access to the outdoors. The report outlines reforms to modernize state parks and aims to have the demographics of park visitors reflect those of state residents by 2025.

The diverse California we see in our communities is not the California you see in campgrounds and on hiking trails. That needs to change.

We need to make park staff more diverse so that visitors from all walks of life see themselves as part of the parks experience. The California Department of Parks and Recreation assembled a transformation team that will be responsible for implementing the vision of a modern parks system, and they have indicated that it will be a priority to hire staff that reflects the demographics of the state. They will also hire people from different professional backgrounds, so that biologists, management professionals, and community outreach experts, among others, can infuse the department with new ideas for connecting with California’s diverse communities.

We can no longer expect people to find their own way to the outdoors. One promising demonstration project will bring in outreach specialists to partner with local organizations to get residents who don’t traditionally visit state parks into our parks, both urban and wilderness. In Los Angeles, the department has partnered with organizations such as Latino Outdoors to invite first-time campers to new popular overnight events at Rio de Los Angeles State Park. In his proposed budget, Governor Brown committed almost $700,000 to pilot this idea in Los Angeles and the Bay Area.

The department also needs to scrub outdated rules that can discourage people from visiting. For example, state campgrounds only allow for eight people and two cars per campsite. That’s a huge deterrent for people seeking space for multi-generational family events or group activities.

The parks of the future need to become social gathering places. Surveys and research indicate that people want to picnic, play, congregate, and explore in the outdoors. Providing these opportunities can be as easy as installing more benches and reconfiguring campsites to accommodate bigger groups. But understanding that our parks are not currently serving the needs of all Californians is the first step in making them welcoming spaces for all.

I’ve been around long enough to know that if recent momentum does not generate meaningful action, change may never come, and the result could be dangerous for some of our state’s treasures. California can once again be the nation’s trailblazer and help welcome the changing face of our state and country to enjoy the great outdoors.