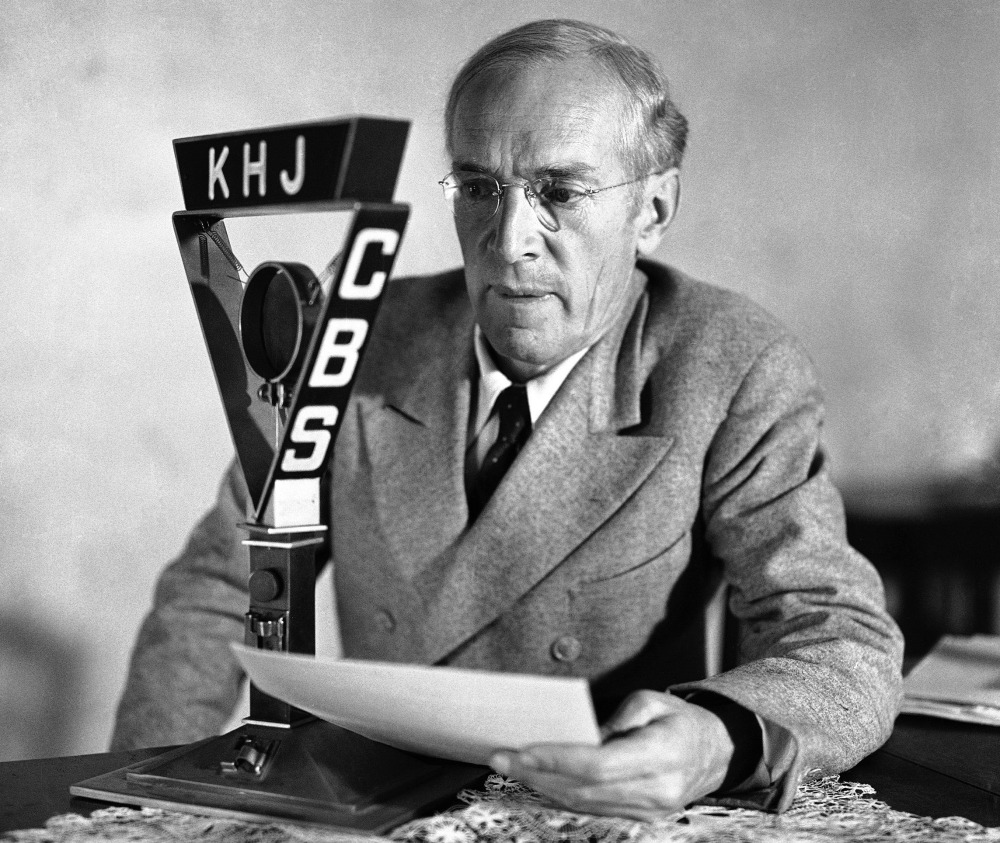 A self-proclaimed socialist decides to run for high office. And, for practical political reasons, he becomes a Democrat to do so.

Soon he attracts enthusiastic supporters to his cause with his unconventional ideas for transforming the economy. His campaign is portrayed as a revolution, upsetting received wisdom about politics and media. And, despite strong opposition from the party’s establishment, he goes on to win the Democratic nomination.

Is this the future of Bernie Sanders in 2016? No. It’s the past: Upton Sinclair in California’s race for governor in 1934.

The U.S. has had its share of socialist candidates and socialist politicians, but Sinclair’s was among the most consequential. Sinclair’s candidacy is also among the most closely studied. The Campaign of the Century is the title of Greg Mitchell’s now classic book about Sinclair’s run. Mitchell—no relation, alas—showed how the 1934 governor’s race changed politics, opening the door to the national media-driven, consultant-managed campaigns we still have today. This was Sinclair’s inadvertent revolution—and more revolutionary than anything Sanders has done yet.

Sanders is echoing Sinclair’s message: The capitalists have too much power and must be stopped. “Capitalists will not agree to any social progress completely eliminating unemployment because such a program would reduce the supply of cheap labor,” Sinclair said. “You will never persuade a capitalist to cause himself losses for the sake of satisfying people’s needs.”

Sinclair was a famous crusading journalist and novelist when he ran for governor, and his campaign was different in form from today’s anti-establishment bid. For one thing, it had far more infrastructure—and was more of a true movement—than Sanders’ effort has been.

Sinclair’s campaign was part of the larger “End Poverty in California” campaign. It swept up the nation, and was the subject of books and media coverage. More than 1,000 EPIC clubs were launched, giving Sinclair a network far deeper than an online fundraising database.

While Sanders has specific policies, they pale in specificity to Sinclair’s. He published a short book called: I, Governor of California and How I Ended Poverty: A True Story of the Future. It was full of ideas—from state takeovers of farms and factories, to the establishment of a state-managed cooperative economy, to a $50-a-month pension for the elderly, all to be financed by a California monetary authority.

Sinclair won the Democratic primary easily. Despite the fact that history does not necessarily repeat, what is most interesting to note, in light of current political facts, is what happened after Sinclair won the nomination.

Sinclair’s Republican opponent, incumbent Governor Frank Merriam, was a rather lackluster personality, not a Trump-type or a Cruz-type firebrand. Merriam had been lieutenant governor and assumed the governorship on the death of his predecessor only a few months before the 1934 general election. Despite his limitations, Republicans and many conventional Democrats felt so threatened by the prospect of a radical Sinclair governorship that they rallied around, and voted for, Merriam. With the aid of a major (and pioneering) negative campaign, including Hollywood-produced attacks against Sinclair, Merriam won the 1934 election.

That result, however, was not the end of the story. The EPIC campaign had substantially boosted Democratic registration in California and some EPIC Democrats were elected to the legislature, even as Sinclair lost. Four years later, an EPIC Democrat, Culbert Olson, was elected governor. Olson was something rarer than a socialist in American politics—he was an avowed atheist.

So you can read this tale in various ways. On the one hand, Sinclair lost the 1934 election. On the other, he brought new voters into the political process and generally tilted California toward the left.

Olson was not a particularly effective governor and on key issues often was opposed by members of his own party in the legislature. For example, Olson’s plan for a state health insurance program was quickly killed. In 1942, Olson was defeated for re-election by Republican Earl Warren. Republicans then held the governorship until 1959 when Jerry Brown’s dad, Democrat Pat Brown, became governor. For decades thereafter, Republicans and Democrats each had their share of governors.

So is there any lesson from Sinclair and his aftermath? Sinclair himself published an account in 1935, I, Candidate for Governor: And How I Got Licked, that entertainingly repeated his themes, and portrayed the campaign as a success, despite its defeat.

So yes, a losing socialist can change politics. But another lesson is that the general electorate tends to reject perceived radicalism, even when such candidates attract a cadre of loyal enthusiasts. And even if elected, such candidates would have to face the complex checks and balances of the American political system that make it easier to block great plans than to enact them.