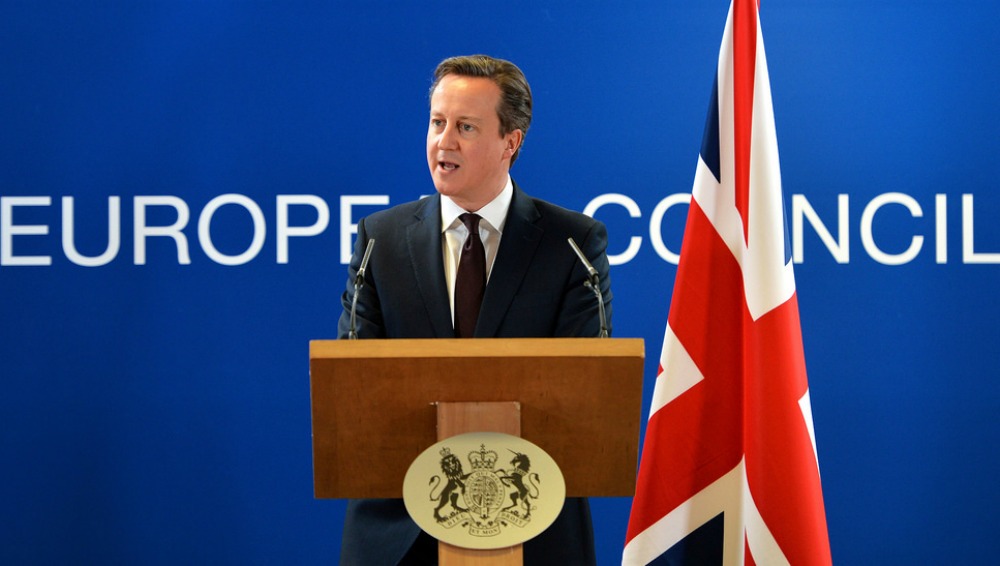 The shorthand term “Brexit” is a snappy, media-friendly term suggesting a potentially abrupt historical moment, a milestone break with one reality and embrace of another. But the truth is far more ambiguous. Regardless of where voters stand on the question of the United Kingdom’s continued presence in the EU, the June referendum is unlikely to provide a tidy resolution of the issue, instead stirring up layers of further uncertainty.

No one really knows what a British exit from the EU might mean and anyone who says otherwise is lying (or, more likely, campaigning). What we can begin to discern, however, are the factors that will shape the contours of a Britain outside the EU with its erstwhile fellow member states.

The first layer of uncertainty is that polls provide no clear guidance on what the outcome of the referendum will be. Differences between telephone and online polls; large shifts in opinion over the course of the last year; a large number of as yet undecided voters—as many as 30 percent according to some surveys—conspire to make prediction of the ultimate result a hazardous exercise. The possibility of a “Leave” vote on June 23 cannot be ruled out.

The second level of uncertainty is the question of whether such a vote would actually trigger the procedure (known in the jargon as Article 50) for an exit? The British government does not need to inform its partners of its intention to leave the European Union immediately following the referendum. What if, say, the outcome was 51-49? Would that suffice? Or would a British government, as some on the Leave side have intimated, use the vote as a negotiating chip, a way of approaching our partners across the channel to say, “It was close, and if you give us just a little bit more, we could win this in a second vote”?

Even if Leave were really to mean leave, things might only move slowly. Despite his protestations to the contrary, it is hard to see how Prime Minister Cameron could survive a defeat. Having campaigned so openly for the “Remain” side, a popular vote to leave Europe would make it very difficult for Cameron to remain in office. Britain’s first priority at that point would be to find itself a new prime minister.

Britain’s second priority might be to ensure its own survival as presently constituted. It is conceivable that the recent Scottish vote in favor of continued membership in Britain would be trumped by an English majority to leave the EU. The Scottish National Party has made it clear that they would see such an outcome as cause to call for a second independence referendum. And they might well want this to take place sooner rather than later, bundling discussion of a British exit with one on Scottish EU membership in the event of a vote in favor of Scottish independence.

Regardless of where voters stand on the question of the United Kingdom’s continued presence in the EU, the June referendum is unlikely to provide a tidy resolution of the issue, instead stirring up layers of further uncertainty.

But leaving that complication aside for a moment, and even assuming a united United Kingdom with a prime minister in place to negotiate separation, it is still hard to know precisely what form this might take.

A striking feature of the campaigns for Britain to leave the EU has been their profound ambiguity concerning what British relations with the EU might look like after such a vote. For some, Britain could continue to enjoy access to the EU’s single market, whilst escaping the stifling embrace of the EU legal order, and regaining the ability to limit the movement of EU nationals into the country. For others, the new relationship would be more akin to that enjoyed by Canada with the EU—based on a treaty covering specific aspects of the trading relationship.

There is little doubt that the former type of relationship would be less disruptive in the short term. It would alleviate the need for the extremely complex and massive trading relationship between the U.K. and the EU to be renegotiated from scratch.

All member states involved in the intricate negotiations that follow would have a strong incentive not to disrupt their nations’ economic performance at a time of sclerotic growth, when the Eurozone currency crisis continues to simmer slowly.

That said, there are strong legal and political reasons that may lead the EU to play hardball with a Britain that has voted to leave. First, the experience of states such as Norway suggests that the price of access to the single market is compliance with EU laws and acceptance of the principle of free movement of people. Would the EU be willing to compromise the integrity of its rulebook for a Britain that has just walked away? If not, could we really imagine members of the Leave campaign, who had based their case on the need to take back control, accepting a situation in which, as a condition of access to the EU market, Britain obeyed EU rules over which—as a non-member—it would have no say?

On top of which, as much as there will be economic forces arguing for as amicable a divorce as possible, there are compelling political reasons for member states not to grant the U.K. any special favours. Britain is not the only member state where Euroskeptic insurgents are challenging the established political order. In France, most polls suggest that the National Front on the far right will make it through to the second round of next year’s presidential election. Germany’s Alternative für Deutschland represents the first serious manifestation of Euroskepticism in that country’s modern political history. Consequently, incumbent governments have little incentive to offer London an attractive deal—out of a fear that their opponents at home would demand the same for their own country. The danger of contagion, in other words, might compel EU member states to punish the U.K., rather than reward it.

For the outside world, then, Brexit would provide a gripping melodrama of politics, economics, and intrigue between former EU partners. The intricacies of the treaty arrangements for exit, of the British constitutional settlement, of parliamentary politics in Westminster, and of the costs and benefits of offering Britain a deal will be there for all to see. It remains to be seen whether hostility towards an unpopular status quo will trump concerns arising from ignorance about what might replace it. Ultimately, the divorce settlement, if it comes to that, will shape the destiny of the United Kingdom for years to come.