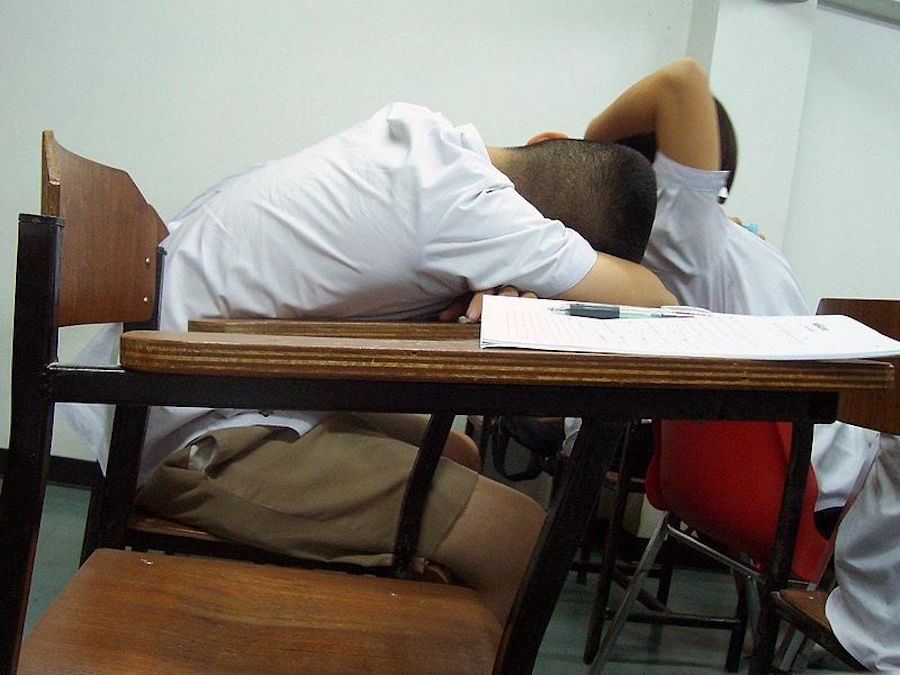 That’s what I thought as I read through a new framework for teaching K-12 history in the U.S.—California’s History-Social Science Framework.

This is supposed to be the new, 21st-century approach. It spans hundreds of pages of minute detail. But the document privileges comprehensiveness over vision. This history framework doesn’t seem to recognize the value of history.

Consider the framework for fifth grade. It’s 164 pages. The book-length document defines the theme for the year (“making a new nation”) and provides a jumble of guiding questions (e.g., how proximity to water affected the lives of North American Indians, why colonists rebelled against Great Britain), a narrative of the history that should be covered, teaching resources, and even classroom activities (e.g., team analysis of paintings depicting the American Revolutionary War).

Absent, though, is any concise statement of why all this content, and the skills needed to thoroughly analyze that content, are important. In other words, why should anyone care?

There are good answers to that question. I have a doctorate in history and used to teach college courses in American and world history; now I’m a social studies curriculum designer at an education technology company. I know that history can be more than simply enriching or engrossing. It teaches students about the messiness of the world in which they live; it invites them to argue and speak truth to power. It shows them that they, too, are historical actors. In a word, it is empowering.

But it’s hard to sense that when reading through the various state frameworks for social studies. Unlike math and language arts, social studies has no set of standards approved by multiple states, so my colleagues and I are left to sift through idiosyncratic and sometimes-conflicting documents. And California’s is far from the worst: It doesn’t have the whiff of politicization in Texas’ elementary school standards, which ask teachers to communicate the “benefits of the free enterprise system,” or the local bias of Tennessee’s—which asks second graders to identify 11 “major” American cities, four of which are in Tennessee itself.

The California’s instructional framework doesn’t insist upon one particular approach, either, trusting teachers to find different ways to communicate ideas. It’s also current—it draws on new research about teaching effectiveness, inclusion of underserved groups of students, and fostering 21st-century skills. In many ways, it’s a model for other states across the U.S.

But nowhere does it say why history matters.

I can guess why the standards don’t answer this question. In most schools across the country, it’s math and language arts, and the testing tied to them, that drive instruction. So it’s hard to justify social studies education on its own terms. Rather, educators are forced to present this subject as serving the other subjects. Students use their graph-reading skills in history class to reinforce math lessons. Reading primary sources lets students exercise critical thinking skills learned in language arts classes—which prepares students for the next language arts test.

The problem is that learning history isn’t merely useful for learning other things. When we reduce it to that, we lose an opportunity to think about history as illuminating and transformative on its own.

I had a favorite assignment when I taught college survey courses on global and American history. At the end of the semester, I asked students to become teachers. Each student was to draft a short lecture that identified and explained themes in the hundreds of years and thousands of miles we had covered over the course of the semester. The lecture assignment was an opportunity for students to think not just about facts and figures—the Chinese dynastic periods, the transatlantic slave trade, the texts of the Enlightenment—but to make connections between them. Were there links between seemingly disparate places and across seemingly unrelated cultures? Common themes or chartable changes over time? I wanted students to put together what they’d learned in a meaningful way.

Students had different reactions to the lecture assignment. The conscientious ones were often annoyed. For them, the assignment seemed like a betrayal of the unspoken rules for most survey classes; it required more than simply doing the reading and memorizing names and dates. On the other hand, students who naturally thought beyond the limits of the textbook were energized. These were the ones who forgot to do the reading on the Cold War and Soviet politics because they were so excited to get a head start on Aleksandr Solzhenitsyn. These were the students who could identify the big ideas of social discord and globalization across the various facts that we had learned, the students who wanted to debate with me even though I was the authority figure. These students might not earn A’s, but they were using history to make sense of the world around them.

These are the students state officials should be thinking about when they design history standards.

To make the necessary changes, we could start with those few state standards that try to say something about the value of history. Part of the rationale for an eighth grade standard in Wisconsin reads: “Reconstructing and interpreting historical events provides a needed perspective in addressing the past, the present, and the future.” The statement is vague but sound. This is what history does: It provides perspective.

But even states like Wisconsin can go further. Any guide to teaching history should open with a few clear paragraphs laying out the vision. Forget about the usefulness of history for a moment and concentrate on what history education can do for students. It teaches them how to make sense of the world around them—so that they might make history of their own.