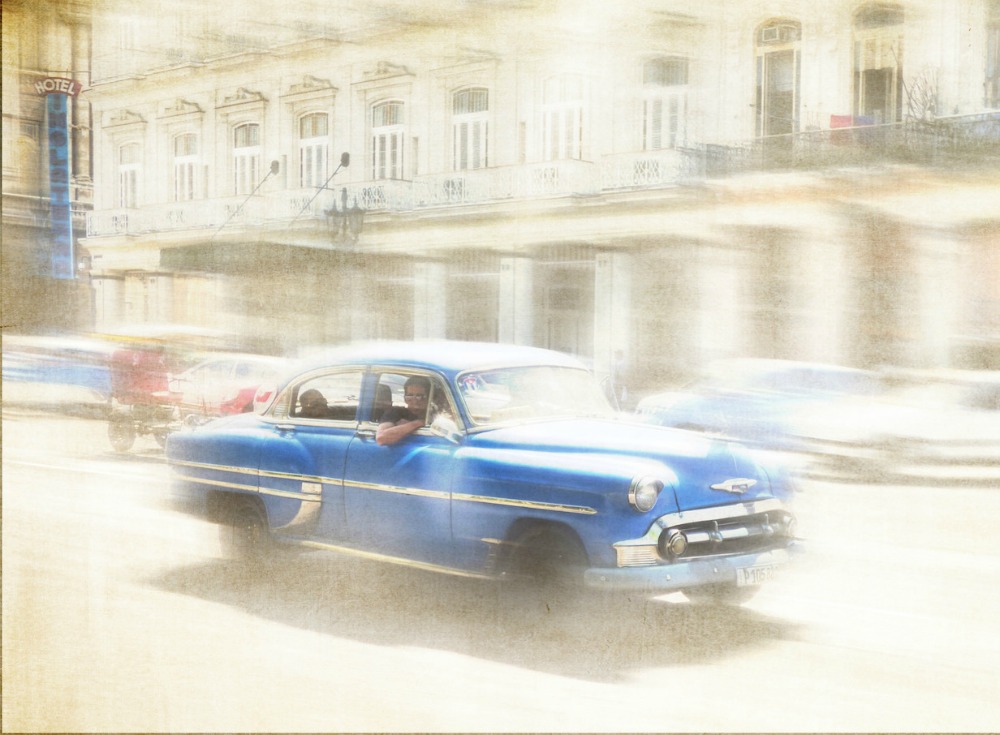 As every librarian or pornographer knows, one of the most reliable ways to excite interest in a creative work is to ban it. When the authorities clamp down and announce “you can’t have this,” a juvenile corner of the imagination demands access, figuring there must be something delicious in that locked box to justify all the fuss.

Cuba has long been such a titillating no-go zone for American travelers. Never mind that hordes of Canadians and Europeans have been going to Cuba for decades, for Americans the Caribbean island nation has been off-limits since the Kennedy presidency. If you didn’t have relatives there, going to Cuba has thus amounted to making a statement, either of cool defiance or serious purpose, since only certain types of visitors could obtain a license from the U.S. government to go. (Technically, the license is to spend U.S. currency there.)

Even better, going to Cuba has been risqué without being all that risky. Nobody is going to hurt you like they might in Yemen or Nigeria. Street crime is virtually nonexistent and your biggest danger was from the guy at José Martí Airport who might stamp your U.S. passport right off the flight from Cancun and leave you vulnerable to a hefty fine for “trading with the enemy” when you get back home.

President Obama’s trip to Havana this week marks the end for this status-conferring ritual—and winsome party story—available to white-collar subversives who relish the forbidden fruit. After all, what’s trailblazing and salacious about following in the footsteps of a trade delegation that included members of Congress, and CEOs from companies like Marriott looking to make deals?

This is where I get to boast that I went to Cuba last summer as part of the last wave of American travelers to jump over the knee-high barriers to see the island before it gets re-colonized by U.S. corporate interests. But here’s a confession you won’t hear from everyone who peeked into the locked box: What I saw there was deeply sad. If Cuba occupied a special place in the imagination of the American thrill-seeker, it is a place that deserves to die.

Cuba in the late-embargo period resembled a giant work of fiction. The jet that took me there from Miami (I went on a scholastic visa) was operated by a charter company but painted with the livery of American Airlines. The notes I traded my dollars for were Cuban convertible pesos—the CUCs or “kooks” used by foreigners and the rich—a luxury currency pegged to the U.S. dollar. Communist iconography was limited to statues and a few obligatory billboards complaining about the blockade. Nobody I met under the age of 60 expressed any zeal, let alone fondness, for the ongoing “revolution.” The entire country felt like a plantation run for the personal benefit of the Castro family.

A curious fact about Cuba: Literacy is among the highest in the world, at 99.7 percent. But there is almost nothing around to read, not even approved dogma. Bookstores are rare in Havana and almost nonexistent everywhere else. The only newspaper, Granma, is distinguished by its thinness and its utter lack of anything interesting to say. Virtually nobody sits on park benches reading, as if the activity were shameful. And of course there are no electronic tablets. There is barely any Internet.

The working fleet of Harry Truman-era Detroit cars remains on display, and the food is just as scarce and crappy as the guidebooks warn, but even more prevalent is the double-mindedness required of any individual to get along in a repressive society. Cubans behaved one way in public and another behind closed doors. “We live a lie here,” one woman told me in a city on the southern coast. “Nobody believes in the rhetoric. But we have to go along with it.” The bifurcation of the mind is a long-term national illness.

The most common complaint (quietly) expressed throughout Cuba is the lack of any reward whatsoever for imagination or hard work. You may labor for years on a project and still be forced to accept a monthly wage of $15 per month, with bare nutritional staples. Education, housing, and health care are virtually free, but with a lifetime guarantee of no hope for advancement or distinction. Being Cuban with an imagination is a particular kind of torture. Labor is truly alienated here, though not in the way Karl Marx intended.

The names of Raúl or Fidel Castro are rarely spoken aloud; a common gesture when referring to the government is to stroke an unseen beard. In the absence of a successful revolution, the people found personal release in sex—“the only thing Fidel couldn’t nationalize,” goes the old joke—and turned infidelity and speed-flirtation into national games. Tourists wielding dollars need not look far to find a desperate prostitution trade, both of the conventional variety and of the unspoken expectation of a morning “gift.”

Old Havana is undeniably charming but only because it is poor and somewhat hopeless, full of spontaneous scenes that look like a Gershwin opera unfolding under the balconies of 18th-century Spanish townhouses, their fading parlors lit with harsh shadeless lamps.

Walking through the city at night under arcades splashed with shades of ebony and maroon and seeing dozens of alleys and passageways stemming from a single block, each leading to new bad rooms, is to see a real-life 1959 film noir improbably preserved less than 90 miles from the Florida Keys. But Cuba exists in this state of functioning ruin because of the selfishness of its leadership, the autism of its official politics, and the complicity of shortsighted U.S. diplomacy. If you’re a tourist, the place is a grotesque amusement park, with the theme of a totalitarian state.

An entire generation of Cubans have been forced to squander their life’s possibilities under an oppressive system hostile to progress or personal initiative. The exodus to Florida stood as a lesson in cold Darwinism, for it seems likely that America took in many of the most daring personalities who were willing to risk their all.

Memories of a blockaded Cuba will linger before they fade entirely, before Cuba becomes like a Costa Rica of open borders and consumerist values. While the crowds of ordinary American visitors should be aware they are treading into a special place in its twilight days, their journey should also come with a mindfulness of just how contorted and artificial the mid-20th-century Cuban distinctiveness was, and what a high price in human potential was paid for it.