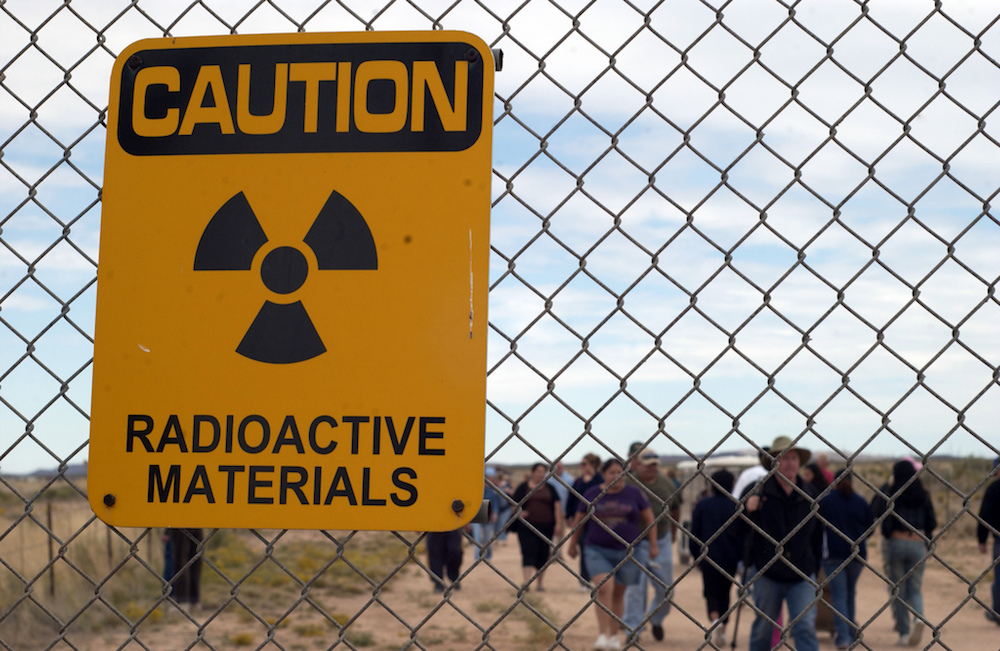 On the outskirts of Tularosa, New Mexico, I drove among sacred mountains. It was three days before Christmas, 2014, and it was over 70 degrees. With the A/C cranked, I passed the cookfires of shantytowns, children with strings of meat hanging from the ends of sticks, their parents drinking Coca-Cola from cool glass bottles, mezcal from plastic washtubs. Sheep grazed at the road shoulders. Skeletal motorcycles sashayed around buses laboring up the slopes.

My mouth was numbed with spice from pulverized chiles. So many outdoor comals, toasting so many tortillas, extracting the caramel from so many thinly sliced onions, lined the streets of the small towns, and I felt compelled to pull the car to the side of the road, stop, and eat from each one. I’m here, I told myself, to eat all the chile sauce I can. I’d spent most of the season on the road, conducting research across America for a book that begins each chapter with a foodstuff typical of a state, and digresses from there. But what I was concerned with at the moment was winter—particularly, how even among all of this sun-cooked cacti, the holiday season was bound to a dominant narrative, one that depended on images of snow, rosy cheeks, exhalations condensing like ghosts in the air before us.

Winter is coming to an end now, but I still can’t help thinking about how in America—in song and story, TV commercial and dream—the season is white. And when the Earth itself doesn’t manufacture snow, we do it ourselves, with machines named Snow Gun, American Output, Atomic Chill. When I arrived in Tularosa’s town square, I saw one such snow machine spewing its cold manufactured flurries into the air. I parked the car along the square’s southern border, watched as a team of smocked volunteers worked with inadequate gloves to mound the snow into piles from which children, for a few coins, could pack snowballs for the throwing.

The line for the snowballs was long and snaking. Up front, a 7-year-old girl forked over her mother’s money and built a pathetic 8-inch snowman with the aid of a rigid burlap mold, under the supervision of a beautiful red-vested volunteer with matching red Santa Claus barrettes. Behind this odd snow station, a skinny teenage boy stood behind a pot-bellied beast of an instrument—a harmonichord, the premature offspring of piano and violin, wide as a park bench—and, with the aid of a hand-crank, elicited a pathetic winter circus tune.

I got out of the car, and crossed the square to be closer to the music. A small girl ran up to me, blew soap bubbles into my face through a blue plastic wand. She wore no shoes. Her mother, younger than I was, touched my arm, said, in barely-accented English, “Don’t be sad.”

But I couldn’t help it. Behind this version of winter, there was that other: nuclear winter. On July 16, 1945, Tularosa had shuddered in the aftermath of the nearby Trinity atomic bomb test. Ash rained over the residents after the blast, and their bodies incubated rare forms of cancer as they picnicked and played soccer and celebrated birthdays on poisoned ground decorated with radioactive green trinitite glass. Some residents collected—and still collect—this glass and set it on their mantelpieces, because, in spite of its toxicity, it is so beautiful.

At the other end of the fake snow-covered square, couples ice-skated in tank tops, tube-sled down squat radioactive hills. I wondered what compels us to sacrifice our bodies to things we deem beautiful. I wondered how many fingers we’ve lost to the frostbite because we couldn’t stop ourselves from touching the snow.

Tularosa’s residents at the time of the bomb test primarily were descendants of Mexican farmers. In the 1840s, following the Mexican-American War, these farmers were bemused to find that they now lived in the United States, even though their houses remained fixed. It was a devotion to Manifest Destiny that allowed America to justify embellishing its borders—a belief that we had a divine right to owning whatever we please. In raining down nuclear ash on their families a century later, our impulse was the same: a pursuit of a fresh national personality, that of global superpower, with the ability to defend the borders it fabricated.

In coldness—even this forced coldness—we can feel this atrocious American ideal anatomically. As we shiver, as our hairs stand on end, as our teeth chatter, the atomic electricity within us compels our flesh to rise into goosebumps, hundreds of little piloerections running from neck’s nape down to chest and shoulders. We gain such a barely noticeable elevation, expanding, imperialistically, that much further into air that once belonged to other molecules. In coldness, we can tell ourselves that we’re celebrating the sort of cockeyed, diverse heritage that only bears the illusion of singularity.

In this conversation between body and weather, past and present, the electricity within us communicates with the electricity without—the streetlamps and telephone wires, the generators and grids, the charges and currents and fields and magnetism, the neons and the fluorescents, the gases both noble and peasant, the potential and static, the kinetic and flowing. The nuclear weapons. The snow machines. We’re as dizzy as in a dream, our bodies blossoming as they quake.

In this way, and in this weather, we can time travel—sense the energies of the past and future, our bodies, as our ideals and empires, expanding, even as they implode.

This is who we are, I thought, as I picked chile skins from my teeth with my tongue, as the flakes of fake snow whirled above, drawing lassoes or nooses or mushroom clouds onto the sky. We appropriate. We make of things what they’re not in order to gel with a dominant narrative. Because the borders have been redrawn, because we are a superpower both militaristically and commercially, winter, here, must be cold, in order to fit in.

And now there I was, once again bound to appropriation, however different the scale, trying—as so many have before me—to claim brief ownership of this place, via chiles, definitions of winter, and a chapter in a book. Even as I felt terrible about this, I didn’t know how to avoid it; how to avoid asserting some sort of malign dominance in my compulsion to girdle all of these elements into a delusional thesis. So, like most of us, I ate chiles, and watched the fake snow gyrate, and took my notes, and made no difference. I am American, after all, wedging my quiet violence up into the crevices of apathy. My writing did none of these people any good. I was a peeping tom, both entitled to peep yet somehow still unworthy, fogging up the glass of history, other people’s milieus. I spat chile skins to the cobblestone and licked my lips. I watched.

To her mother’s snapping camera, the 7-year-old girl with the snowman beamed as the barretted employee supplied her with small pieces of cork and a reusable string of carrot to stick into her creation’s face. Machine-pumped flakes waltzed around her head, collecting in her black hair. She knew, as I knew—if only via goosebumps, and some inexplicable and unpleasant smell—the testing of the limits of human invention isn’t quite over, nor is our compulsion to name the ultimately destructive after the holy. Slaughter renamed destiny. A bomb called Trinity.

Though this world was melting quickly, and the girl was already being ushered out to allow for the next child, her face, as if trapped in a mold of its own, would endure its smile.