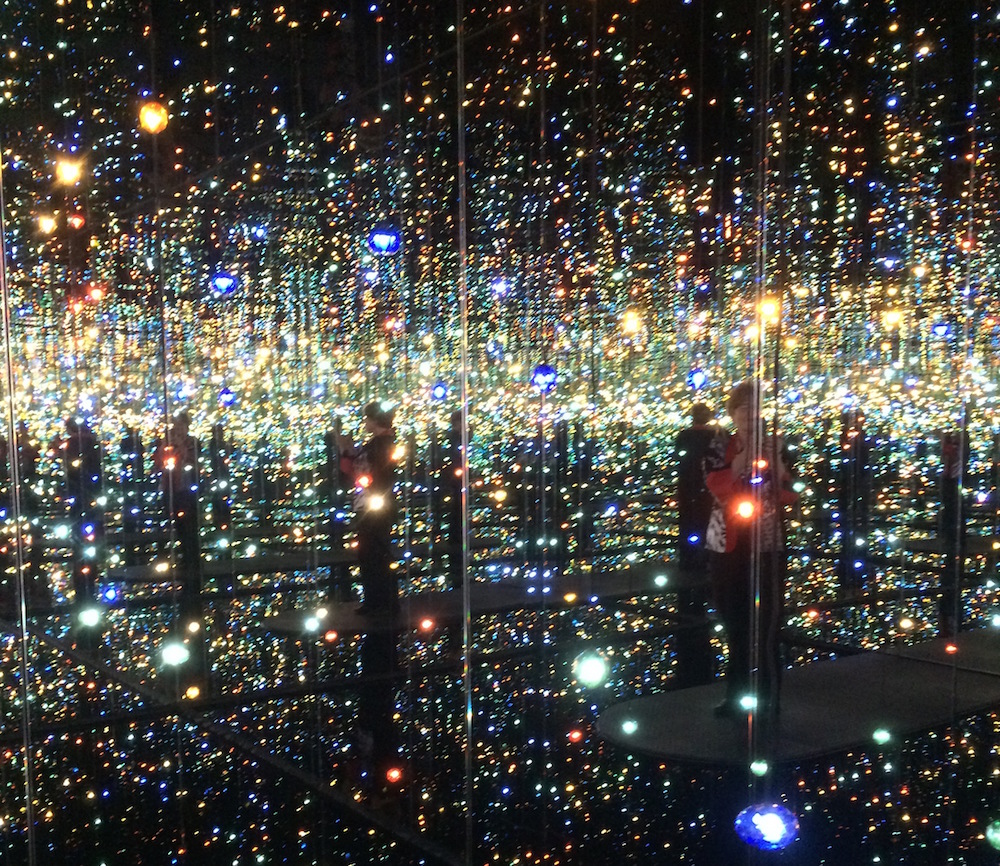 Escape. I have come to realize that only regular and solitary immersion in a gorgeous, inspiring place keeps me sane and energized for my life’s work. I need to be gobsmacked by beauty, the kind found only in nature or art: That “thing outside ourselves that brings us to ourselves,” as poet Adrienne Rich put it. For me, it must be a place that leaves me so filled with awe, or what some call God, that I can’t even talk right for an hour.

I first discovered this hunger for wonder and beauty at Barnard College, in the heady spring of 1970. After agonizing through endless meetings on whether and how to shut down the entire university in the wake of the Kent State shootings, I was walking on Amsterdam Avenue in Morningside Heights, not too far from campus, and passed the Cathedral of St. John the Divine. I was a recovering Catholic, yet I found myself drawn inside, almost magnetically. After sitting fully still for a candle-lit hour, I felt my faith in the human capacity to change the world restored, and I felt fully charged to continue with the battles I was fighting. Over the coming months, I would return to St. John the Divine whenever I felt overflowing with frustrations or questions raised by an unsure young woman navigating a men’s world of too-sure activism.

I’ve been fortunate to lead and to work in social movements and grassroots activism for over 50 years, from fighting the Vietnam War and leading HIV and LGBT organizations to pursuing anti-poverty work.

At 65, I’ve developed a number of spiritual practices that help balance my life, such as meditation and occasional quiet retreats, but I still need a regular go-to place that restores my spirit in a deeper way, in an efficient hour or two. Every few years, I feel the need to change venues; it’s not a rational thing, but, rather, I just feel pulled to return over and over again to someplace different.

For a long time, I hiked the Backbone Trail in the Santa Monica Mountains, at the Tapia turnoff on Malibu Canyon road every month. A 50-or-so-minute steep initial incline discourages most hikers, so mostly it would be just me and the dipping hawks once I got up to the top, the misted ocean filling the western horizon, green canyon upon green canyon on the east. Profound silence leading out to infinity. Give me an hour at the top of the world, and I’m ready to return to the crazy work below trying to make it better.

After visiting the then-new Getty Museum in the late 1990s, my pilgrimage route began to bring me there. For me, it doesn’t matter what the exhibits are: It’s the sense of place that calls to me. Whether sunny or clouded over, after that winding drive and tram ride, usually crowded, I love just wandering the gardens and the white stone and marble plaza for a weekend morning hour or so. Although much more crowded than the Santa Monica Mountains, that glorious place is the closest I’ve felt in this country to the magnificence of Athens’ Acropolis: a restorative place of beauty and learning soaring high above daily life.

Last year, after a lifetime of social-change activism on the outside of government, I became “The Man”: top policy deputy for L.A. County Supervisor Sheila Kuehl. It’s a career-capper for me, and it’s unexpectedly thrilling to tackle from this perch what I consider the big issues of the day: economic inequality, environmental sanity, civic engagement, racial justice, criminal justice reform.

Still, I need my regular escape, and it had been some time since my last venue change. But a couple of Fridays ago, I found my new place. The Broad Museum is a profusion of beauty, if you like contemporary art as I do. I love that little-known artists are featured along with those who have become household names. From the outside, the building itself is strange to one not sophisticated in architectural review—that lone stone eye peering out from a ruffled bunker seems solemn and off-putting. But enter the bunker, and climb the stairs or escalator, and suddenly the innards of the edifice open up to reveal views of the storage rooms filled with art on the middle floors—an unexpected glimpse inside that fascinates. And the top floor destination with most of the art is light and bright like the Musée d’Orsay in Paris. You get lost wandering its huge expanse, roaming a room full of Ellsworth Kelly and then Andy Warhol and on and on and on. Usually one sees a collection of mixed modern art: a Rauschenberg next to a Keith Haring, maybe next to a Cindy Sherman. But, here, each artist gets a whole room, or much of one: The sheer magnitude of the collection astonishes. LA has received a great, great gift in this collection, free to the public.

But I found that pure magic restored my very being in a room created by the Japanese artist Yayoi Kusama, an immersive work titled “The Souls of Millions of Light Years Away.” For 45 seconds, you stand alone in infinity-mirrored darkness, black water below and myriad lights all around—or stars, or souls. I emerged dazzled and speechless, and somehow filled with wonder and hope for the world.