At first glance, America’s fragmented, private health care delivery system and Britain’s state-run National Health Service have little in common. But both nations’ contrasting approaches to caring for their populations originated in the immediate post-World War II years, thanks to a preoccupation with stabilizing societies that had been massively dislocated by wartime necessities.

That was one of the insights offered at the outset of Wednesday night’s well-attended Zócalo/Arizona State University event at Phoenix’s Desert Botanical Garden. The panel discussion featured Dr. Denis A. Cortese, emeritus president and CEO of the Mayo Clinic; Sir Malcolm Grant, chairman of NHS England; and ASU President Michael Crow, who moderated the evening.

In the case of Britain, Grant explained, the NHS was created by the Labor government in 1948 “in place of fear,” with a commitment to provide free medical service to all British residents, paid for by general tax revenues. Chuckling, Grant noted that the government initially thought the cost of NHS would decline within a few years, “after it had fixed most people’s problems.” Nowadays, NHS covers 60 million people and consumes 8 percent of British GDP.

In America, said Cortese, who now directs ASU’s Health Care Delivery and Policy Program, the same postwar period saw the Truman administration impose price and wage controls to stabilize an overheated economy and counter inflationary pressures. “But the government did allow organizations to compete for workers and talent by offering them health insurance and other benefits,” Cortese said. Thus the curious linkage that persists to this day between the workplace and health care.

Back in the late 1940s, Americans on average only lived two or three years after their retirement, but as lifespans increased, a new system was required to care for millions of Americans beyond the workplace. Medicare was born in 1966, with substantial bipartisan backing. It too proved a far costlier program than anyone had anticipated.

In framing the night’s discussion, Crow pointed out that of all major industrial nations, the United States spends the most per capita on health care (amounting to some 16 percent of the economy) and obtains relatively poor health outcomes (looking at life expectancy rates and other benchmarks) for that investment.

This was the second striking commonality to emerge in the comparative discussion of health systems. On both sides of the Atlantic there is a growing dissatisfaction that society isn’t getting its money’s worth for all its health care spending. And that is especially alarming because, as it is now, Grant said, “no health care system in the world is financially viable as currently designed.” He described the NHS, often beset by political meddling, scarcity, and labor unrest, as being on “creaky” footing.

“The NHS is the closest we British come to a national religion,” Sir Grant said, “which is good when it comes to ensuring it has enough resources, but not so good when it comes to reforming it.” (Though he and Crow both mentioned that in an analysis of 10 developed countries, the Commonwealth Fund still found the NHS to be the most impressive health care system.)

Both speakers took turns throughout the evening being slightly wistful about each other’s systems, with the American wanting more of Britain’s coherent strategy, and the British desiring more American-style “entrepreneurial spirit” in Britain.

“For all its flaws, at least the U.K. has a vision,” Cortese said. “We still haven’t developed a national plan and strategy” for our future health care needs.

While Grant pointed out that in some ways the British system is more fragmented than people expect, the United States in some ways has more of a national program than is often acknowledged, when you look at Medicare, Medicaid, and the health plan available to federal employees.

Crow described challenges that both systems face as the consequences of “well-intentioned design flaws.” He reminded the audience that it is hard to generalize about outcomes in American health care, because these are correlated to income levels, a reflection of broader societal inequalities. Geographic ones, too, Cortese added, by pointing out that the top third of U.S. states have health care outcomes that are as good as those in any nation, but our lowest-ranking states resemble Third World nations in their health profiles.

And for all their differences, in both Britain and America Cortese and Grant agreed that the health delivery systems’ incentives have been perverted by paying providers for services, instead of outcomes. As Cortese put it, the United States has developed “a totally rational delivery system predicated on the idea that if you’re sick, we make money.”

The question, both experts agreed, should be how do we reward people for keeping patients out of hospitals, not in them.

As they tackle that challenge, Cortese and Grant described both the English and American systems converging toward each other in several ways, with the NHS in Britain pushing some spending decisions back down to the regional level, and America seeking to get more of its patients’ data digitized and connected.

When Crow mentioned that many of the leading causes of death in this country are behaviors as much as diseases, both experts agreed that a greater emphasis need to be placed on preventive medicine, and looking at root causes of poor health behaviors.

“To take care of a population, you need to know who they are,” Grant said, and then adapt your care. The idea should be to standardize outcomes, not delivery tactics.

In a question-and-answer session that followed the discussion, a young cardiologist in the audience asked about the future for doctors who care deeply about patients and want to spend time with them and not be treated like factory workers on an assembly line. Cortese said that in communities like the Twin Cities in Minnesota and Seattle, physicians are becoming more accountable and exerting more control over health care by creating their own insurance systems.

And both experts agreed that in both countries, providers need to break away from the traditional mindset that hospitals, as opposed to preventive clinical centers and other health-care delivery platforms, are the center of the health care universe.

As Grant said, after asking the audience if anyone wants to check into one tomorrow: “Hospitals should be looked upon as a symbol of our health system’s failure.”

And that would be true whether the hospital is run by a national health service or a private company. 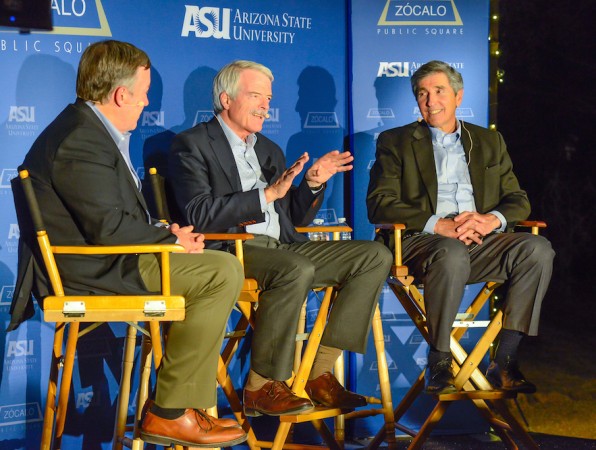 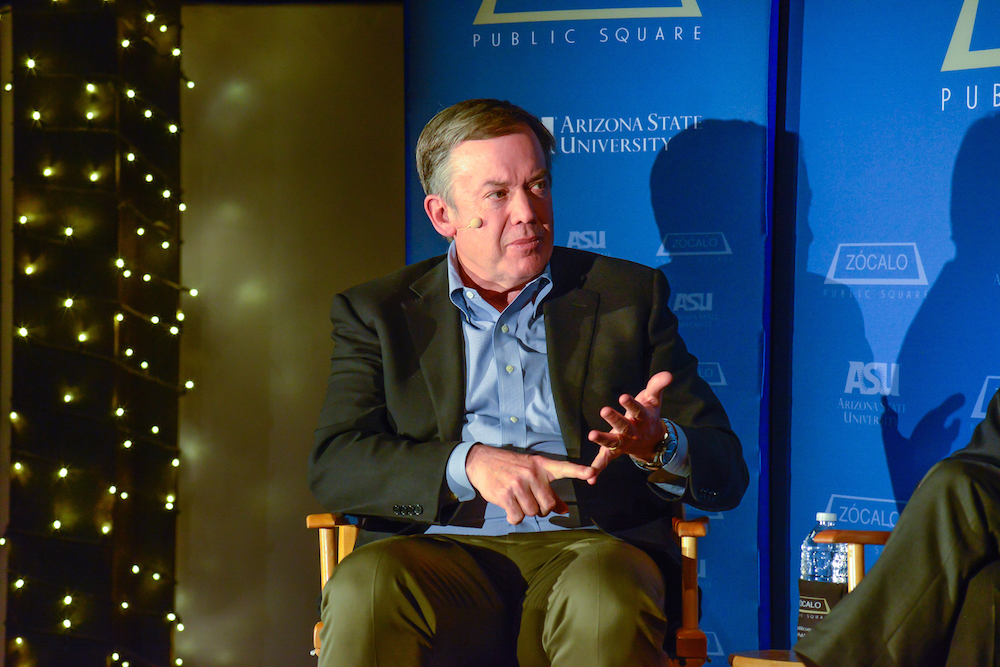 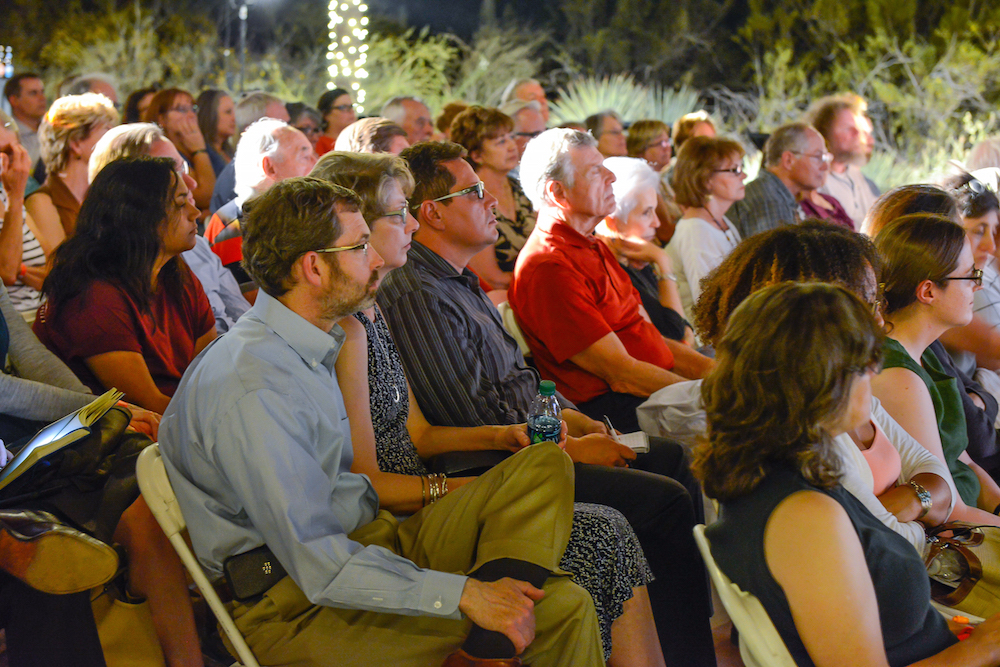 A full house at the Desert Botanical Garden in Phoenix 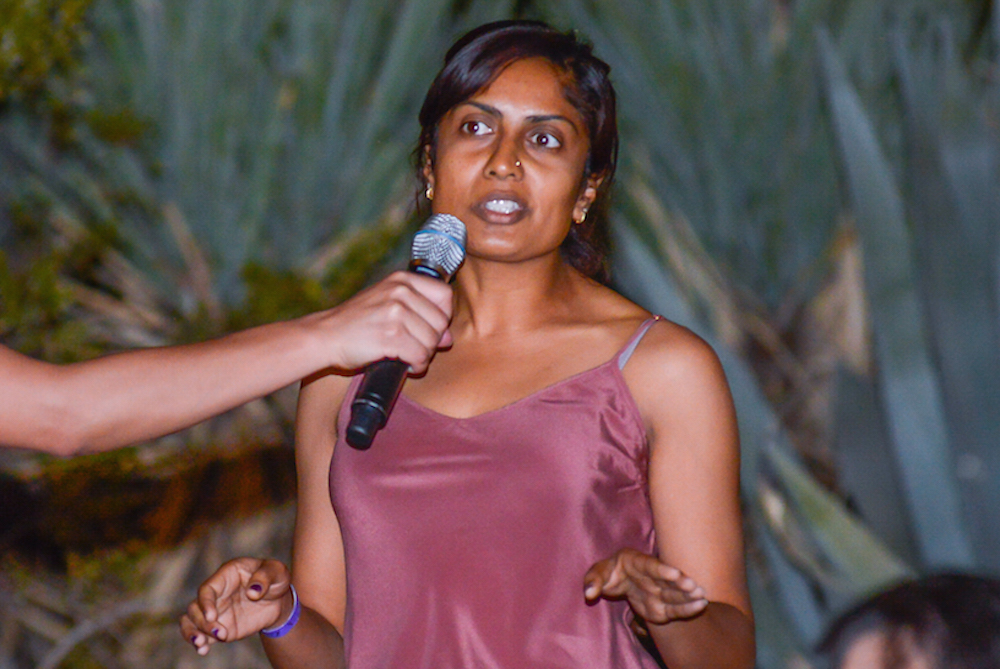 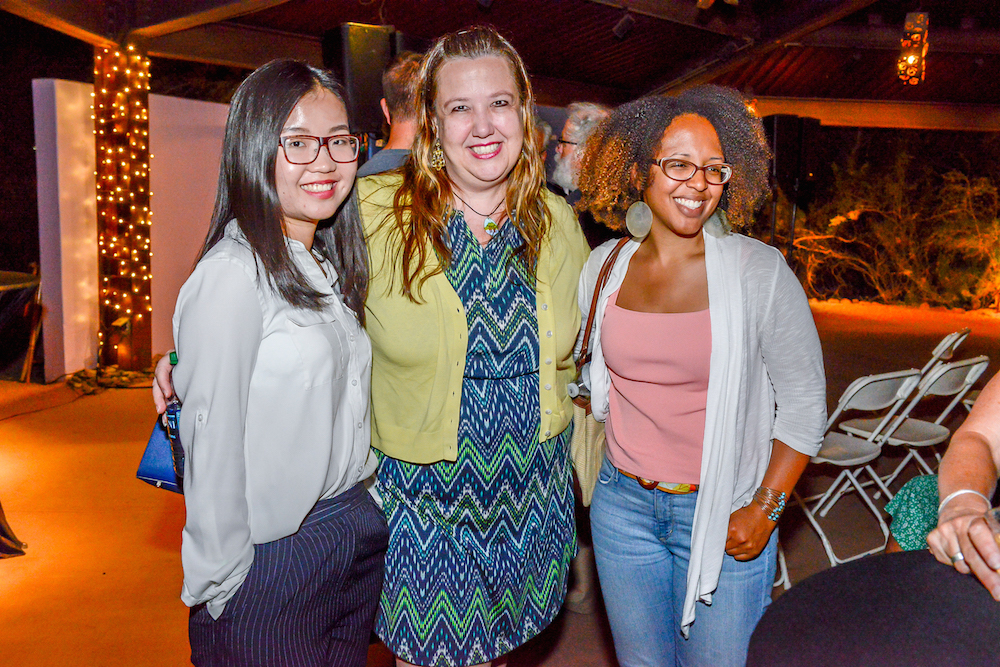 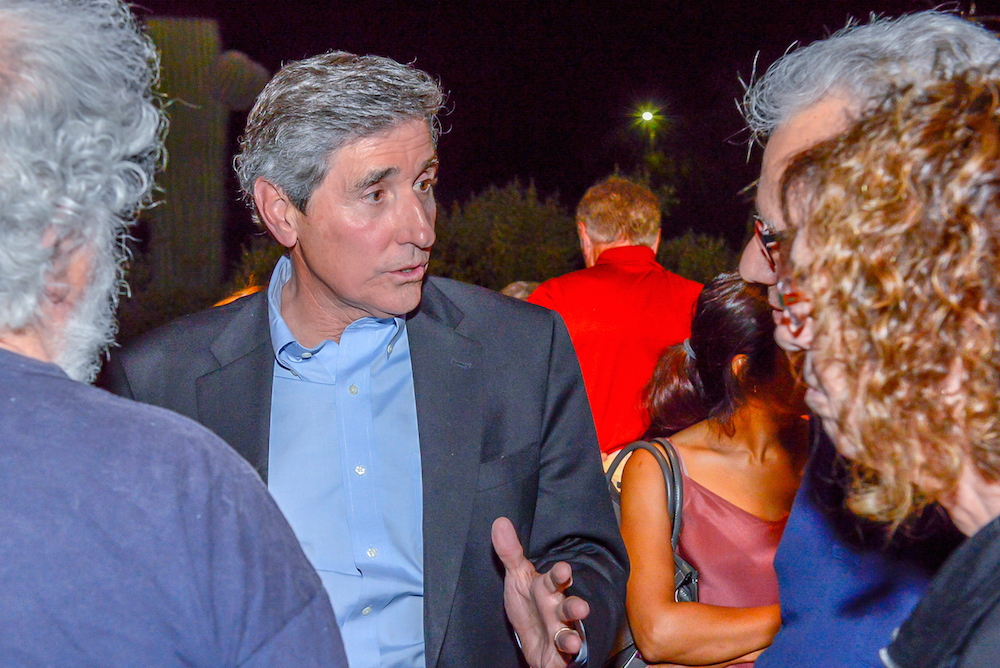 Panelist Dr. Denis Cortese, emeritus president and CEO of the Mayo Clinic, speaks with guests at the reception