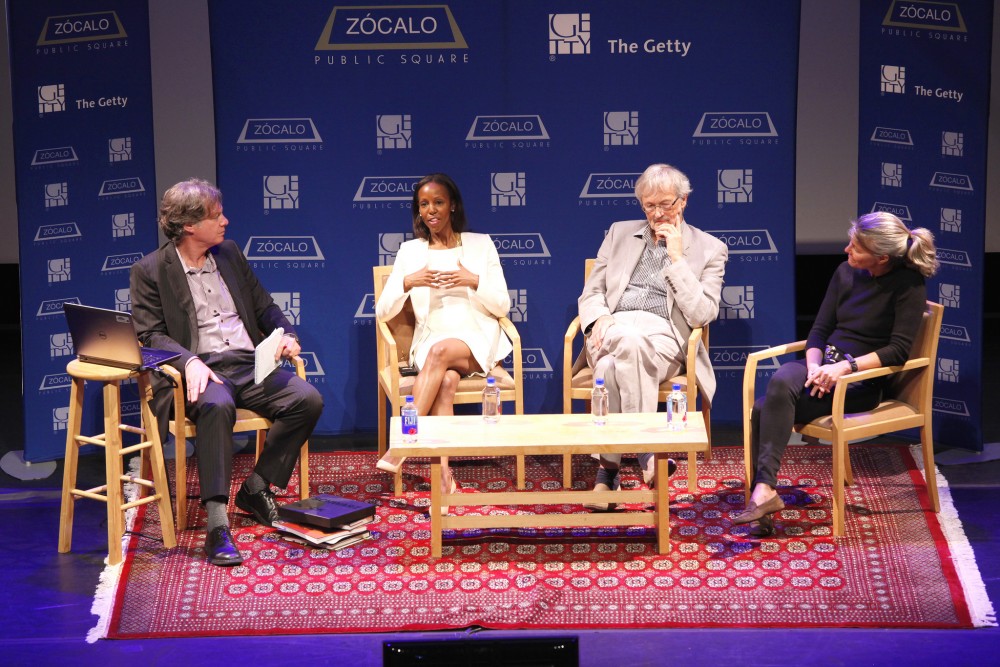 Black may be a color, but it’s not just a color.

Panelists at a lively Zócalo/Getty “Open Art” event at the Getty Museum explored the hue’s often contradictory and controversial associations, exploding the idea that black is merely the absence of color. Among the many connotations the panelists discussed were the signals black sends out about luxury, death, sin, style, and race.

With a color that is so hard to nail down, moderator Peter Tokofsky, an education specialist at the Getty and adjunct member of the German faculty at UCLA, kicked off the afternoon by asking Katrin Trautwein, the founder of the paint manufacturer kt.COLOR, “What is black?”

Trautwein said she hadn’t thought much about producing black paints until a Dutch designer asked her to produce 24 shades of black so she could use them as backgrounds to set off white and colored objects. Then, she said, she was confronted with a conundrum: “The question is, where does black begin and where does black end?”

As a chemist, she came up with a very literal answer: Any color that has more than 50 percent black pigment is black. Trautwein was able to come up with a very dark shade of black called ivory black—which was made from charred animal bones and reflected a mere 2.3 percent of light back. But the 15 other colors she ended up producing were not as dark—they were mixed with other colors, including burnt umber and ultramarine blue.

Why didn’t she come up with a palette of 24 blacks? “We think there are certain colors that have greater material depth and greater sensuality and others fall flat,” Trautwein explained. “You can create an infinite number [of shades of black], but they won’t be equal.”

Harvard art historian Sarah E. Lewis saw Trautwein’s discussion of shades of black in another light. The varieties of black that Trautwein showed made her think “we were having a meta-conversation about miscegenation and race—who is black, ultimately,” she said. Talking about what made a color black reminded her of the historical “one-drop rule” in America where one drop of black blood was enough to for someone to be considered a member of the black race.

As a result, it’s hard to extricate discussion of the color black from the history of race, especially in America, Lewis argued. And visual representations—paintings, photography, theater, and other art—are one of the key reasons they can’t be separated.

The 17th century was a particularly pivotal moment, Lewis said, when the color black started to draw more negative connotations. She described a performance of The Masque of Blackness at the court of King James I of England, where the queen and her attendants were painted black as the 12 “daughters of Niger” and came into the palace talking about how black used to be considered beautiful. In a subsequent performance known as The Masque of Beauty, the women in black paint were cleansed of the dark pigment on their skin as part of achieving a greater form of magnificence.

The masques took place as Britain was drawn deeper into the slave trade and into colonizing America—so they can be seen “as the birth of the New World,” she explained. “This is the moment where you see the propaganda at work for supporting the idea of black slavery.”

Lewis also showed black-and-white figures that 19th-century “scientists” used to distinguish among the races; those who were depicted the darkest were often shown as the closest to chimpanzees—sub-human. It was images such as these that prompted Frederick Douglass to consider pictures and photography critical to returning full humanity to black people. Douglass took on the role of art historian and was the first person in America to talk about the role of race and photography.

“The entire project of racial classification can’t be seen as separate from image-making,” Lewis said.

John Harvey, a life fellow of Cambridge University and author of The Story of Black, pointed out other pivotal moments in the history of blackness.

The rise of Christianity brought with it the association between blackness and sin, which then strengthened black’s association with death, he explained. The 19th century, Harvey noted, was also obsessed with the color black. Black clothing became ubiquitous for men; there was a renewed interest in the paintings of Rembrandt, which tended to use very dark tones; and dark woods were de rigeur for furniture.

Why did this happen? It wasn’t just because black could hide the soot and dirt associated with the rapid industrialization of the time, Harvey explained. There were also a lot of industrialists from puritanical, Calvinist backgrounds who favored black and came to dominate English life. And in response, many English men who were considered “dandies” also decided to wear “smart, black clothes.”

“What the dandies did was to sort of beat [that puritanical trend] by producing a kind of smart black style that got one jump ahead of them,” Harvey said.

Lewis added that the 19th century in America was a particularly fraught time for decoding the color black. Not all black people were slaves anymore and there was an increased burden on the general population to figure out who was black and who was not, she said.

She pointed to the story of a fair-skinned woman from Georgia named Ellen Craft who escaped slavery by posing as a white male plantation owner traveling with a darker-skinned personal servant. (The “servant” was actually her husband, William Craft.) Their case caused an uproar, of course. And the Fugitive Slave Act, which required slaves to be returned to their masters, was partly passed in response to “this sense of severe alarm that you could no longer perceive what blackness was in front of you,” Lewis said.

In the question-and-answer session that followed, a member of the audience asked whether it was true that many Asian cultures associated white with death, rather than black.

Harvey responded that, yes, it is indeed true that mourning clothes in places like China and Japan are often white. But he noted that white also has associations with death in the West—ghosts, for instance, are white because of the color of the winding sheets that were often wrapped around dead bodies. And white skeletons have long been associated with death in the West, too.

Death seems to have a particularly strong relationship with these two colors, he noted, but these color associations aren’t fixed in time. For instance, it used to be that wearing a white sari to an Indian wedding was “offensive and disastrous” because white saris were mourning attire, Harvey said.

But “Bollywood has changed that,” he said. When Bollywood depicts love scenes in the rain, what color does the sari tend to be? White—that color does a much better job of conveying sensuality as it becomes translucent and sticks to the body. 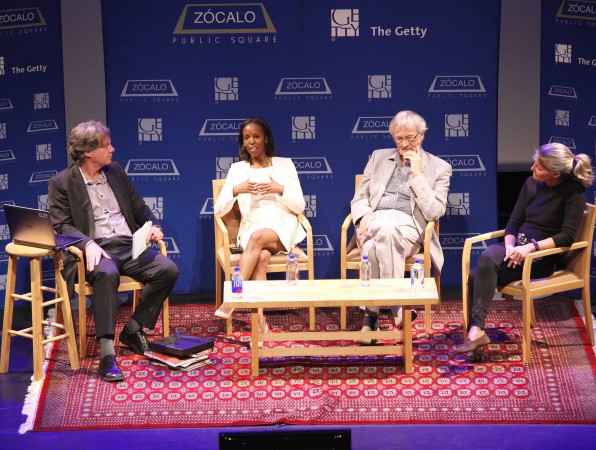 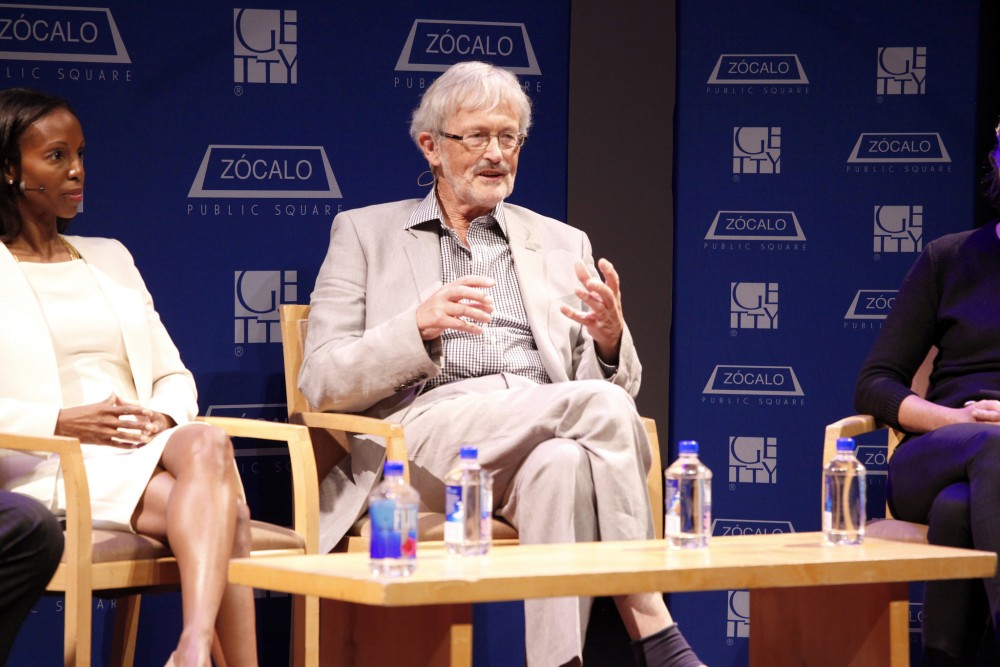 Panelist John Harvey, Cambridge Life Fellow and author of The Story of Black 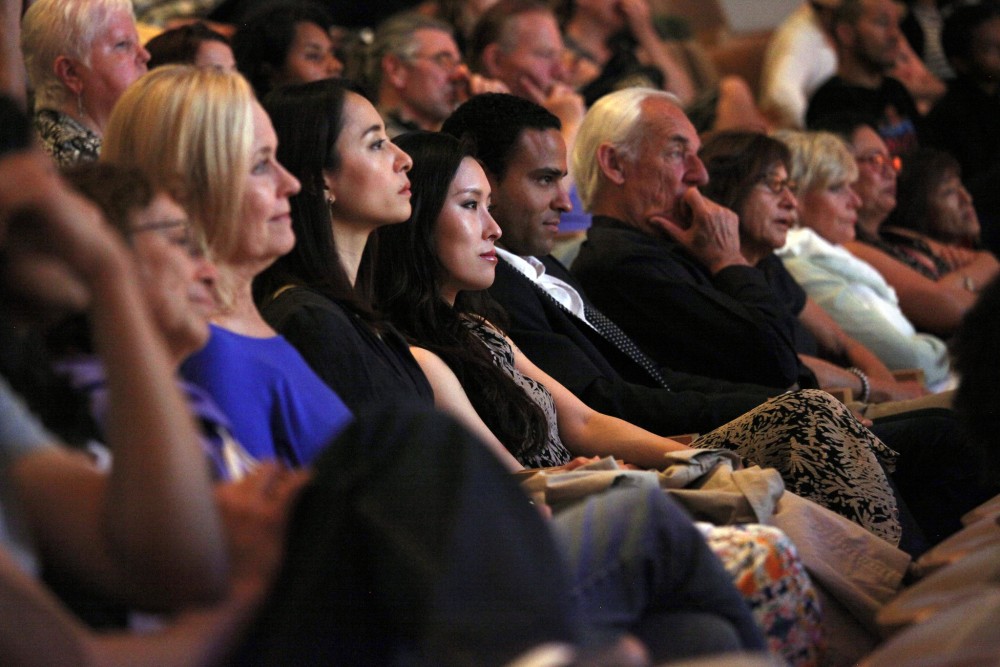 An enthusiastic crowd at The Getty Center 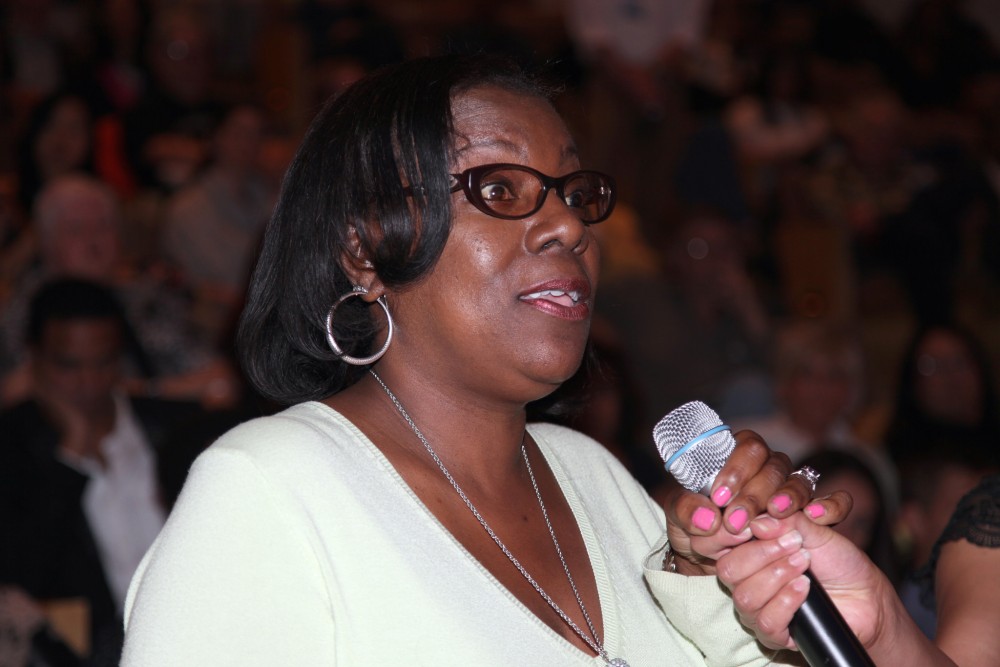 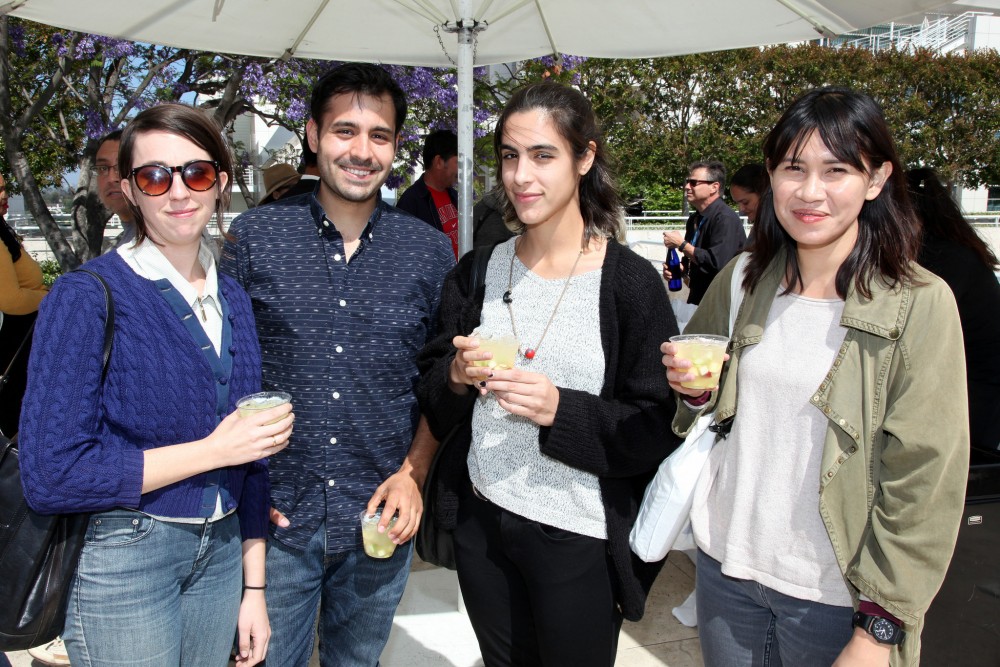 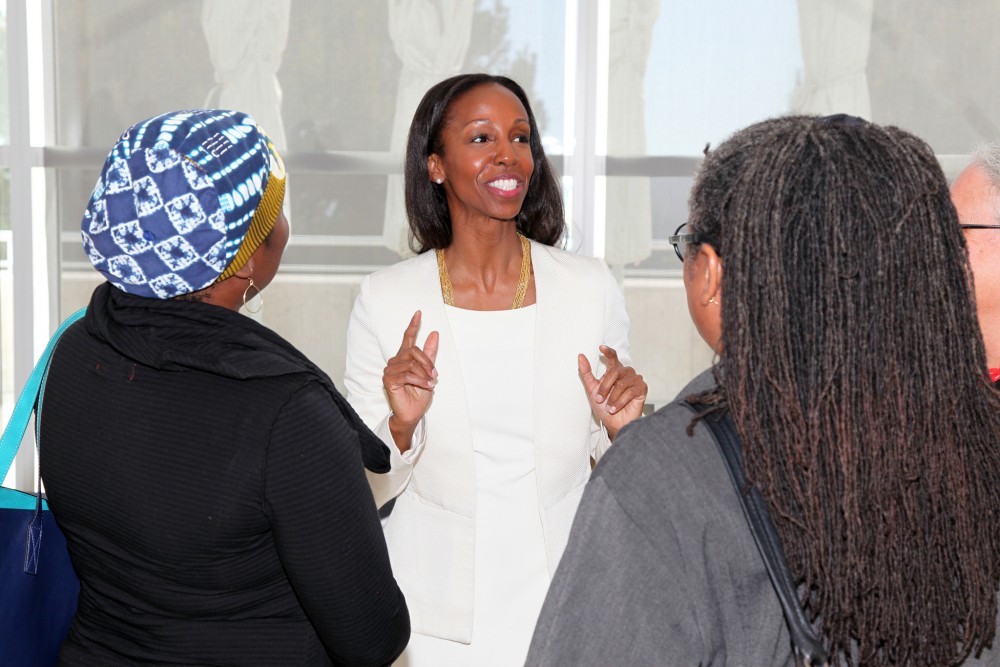