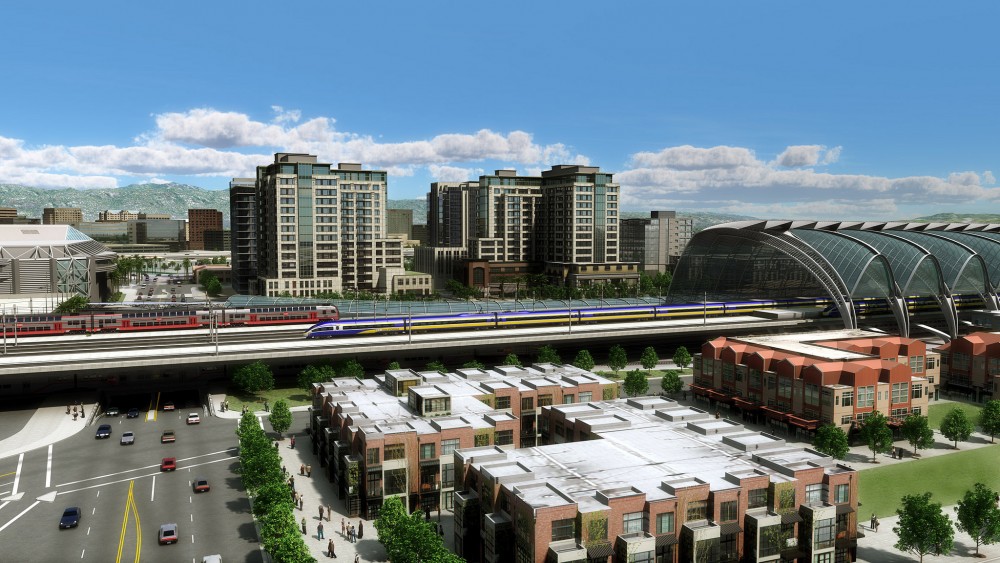 San Jose is the 10th largest city in the United States, the third most populous in the state of California—and No. 1 in disrespect. With more than 1 million people, it’s Northern California’s biggest municipality—but it’s constantly outshined by those 850,000 San Franciscans to its north.

The famous City by the Bay is our state’s spoiled little brother. Not only does San Francisco attract most of the cool kids and the international publicity, but it also throws punches at its big brother city, 50 miles south, whenever it can.

This is an old fact of life in California. The original state constitution of 1849 made San Jose the state’s capital, but it took just 18 months for the legislature—dominated by San Franciscans who complained that San Jose’s hotels and booze weren’t up to standards—to move the capital to Vallejo.

And the hits keep coming.

For years, San Jose planned to build a baseball stadium next to the central transit depot Diridon Station for the Oakland A’s, who were eager to move to San Jose, which has more than twice the population of their hometown. But the San Francisco Giants convinced the Major League Baseball commissioner that they owned the San Jose market. Last fall, San Jose, after losing its legal challenge to this San Francisco baseball colonization, abandoned the stadium idea, and the A’s renewed their lease in Oakland.

But the most grievous injury is how San Francisco has stolen the technological zeitgeist from its southern neighbor. San Jose might call itself the “Capital of Silicon Valley,” but San Francisco is now home to the hottest tech properties—Uber, Airbnb, Twitter. And many firms still headquartered in San Jose and other peninsula cities like Palo Alto are opening up San Francisco offices. The venture capital picture is even more skewed in favor of San Francisco. In 2014, $11 billion in venture investments went to San Francisco firms, while just $1.1 billion went to San Jose companies.

San Francisco, never shy about playing dirty, has used generous public subsidies to attract some companies. But San Jose’s struggles are also of its own making. The young engineers and programmers who drive the Bay Area economy prefer urban living, but San Jose remains suburban and residential.

To be fair, San Jose is hardly the only place in California to have been disrupted by San Francisco imperialism. Hollywood has lost power and dollars as Bay Area Internet firms consume time once devoted to TV and movies. Taxi companies and hoteliers across the state are struggling under the force of San Francisco “sharing economy” companies. San Francisco’s obscene wealth has spilled over the city’s borders, raising housing prices to unaffordable levels and displacing longtime residents across Northern California.

San Jose’s predicament is thus a warning sign and a call to action. Unless California wants to watch San Francisco siphon off dollars, political power, and respect from the rest of the state, San Jose must be built up as a bulwark against San Francisco.

As a start, California should nudge foreign and out-of-state firms seeking Bay Area locations in the direction of San Jose. In the near term, the state must do everything it can to make sure Diridon Station becomes a signature California hub, with high-speed rail, every conceivable transportation connection, and attractions nearby to draw people. More long-term, the state should build a new, much-needed University of California campus in San Jose, the only one of the state’s top four cities without one.

To keep San Francisco at bay, we’ll need to find a way to San Jose.