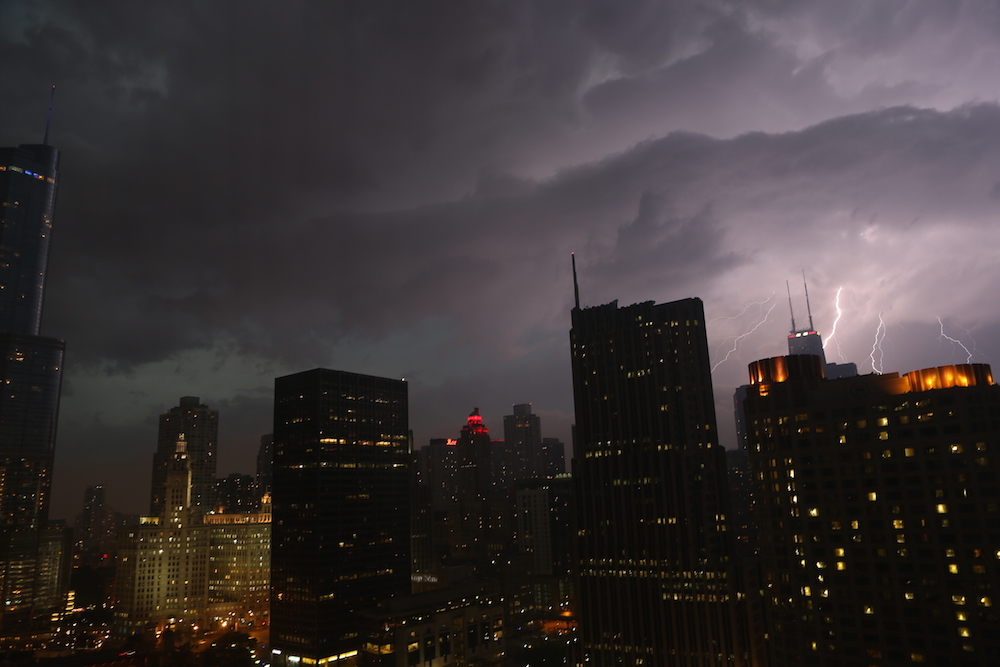 Would you kindly remove your thick, stubby hands from my beautiful state?

C’mon—don’t try to look all Midwestern and innocent. You know exactly what I’m talking about. For years Chicago has been grabbing signature California institutions and screwing them up.

I get a reminder of your mismanagement every night when I turn on the television to watch my local baseball team, the L.A. Dodgers. Of course, the Dodgers aren’t on—they aren’t even available on televisions in nearly 70 percent of the Los Angeles market. The reason? Mark Walter of Chicago.

Specifically, Walter’s firm Guggenheim Partners, a financial services company with headquarters in Chicago and New York, paid too much for the Dodgers—more than $2 billion a few years ago. And to cover that price, the Guggenheim-owned Dodgers greedily sold TV rights to Time Warner Cable for a sum so high that other cable providers, understandably, refused to pay to carry Dodger games. So the majority of Southern Californians who don’t get Time Warner have been unable to watch Dodger games for more than two years.

Walter, the Chicagoan at the head of this toxic deal, couldn’t even manage to get the games on the air for this, the final season in the career of esteemed announcer Vin Scully, thus separating L.A. from its favorite voice. And there’s this irony; since this deal also blocks internet transmission of games to anyone in Southern California, people in Chicago can watch Dodger games even while people in Los Angeles can’t.

Then, in the morning, when I go out to my driveway to find out who won the game Chicago wouldn’t let me see, I encounter another local voice badly damaged by you Chicagoans: my latest copy of the Los Angeles Times.

Since Tribune Company bought the Times in 2000, California’s biggest newspaper has suffered under waves of Chicago executives who made big promises while cutting the number of reporters and pages. What’s your secret, Chicago—how exactly do you produce so many corporate mediocrities? Full disclosure: I worked at the Times for the first eight years of this ongoing Chicago occupation, before quitting after meeting Sam Zell, a Chicago real estate billionaire who is simply the most profane and dishonest person I have ever encountered in a professional setting.

More bad media news: Chicago now also owns the San Diego Union-Tribune; the latest Tribune chairman, Michael Ferro has been boasting that he has some virtual reality machine that will magically transform local newspapers into profitable global concerns. Reportedly, it achieves perpetual motion too. (How did our engineers in Silicon Valley miss this?)

Northern California has also seen a disturbance in the force emanating from your town, Chicago. Two years ago, Chicago lured away the great California filmmaker George Lucas, promising lakefront land for a museum housing his art and Hollywood memorabilia. This choice was inexplicable on many levels, including the meteorological—as the author Nelson Algren put it, “Chicago is an October sort of city even in spring.”

Fortunately for us, Chicago’s leaders are flubbing the whole deal—the project has been held up—and San Francisco seems likely to lure back Lucas’ museum by offering prime land on Treasure Island. (So shed no tears for the billionaire filmmaker.)

Why do Chicago-California marriages go wrong? The short answer: clashing cultures. California burst on the scene quickly, with a premium on speed, while Chicago, in the words of novelist Neil Gaiman, “happened slowly, like a migraine.”

Also consider that the defining poem of Chicago, Carl Sandburg’s 1914 masterpiece about the “City of Big Shoulders,” actually boasts that your city is “wicked” and “crooked” and “brutal.” California, requiring finesse, can’t compare to your city of butchers in these regards. (Just look at how Boeing, which moved its headquarters from Seattle to Chicago in 2001, has cut jobs in what’s left of California’s aerospace industry.)

Chicago’s inability to handle delicate work is perhaps most evident in the surprisingly difficult relationship between California and that Chicagoan in the White House. What should have been a natural alignment between a liberal president and a liberal state has been undermined by the deep-dish stubbornness of Obama.

The president and his Chicago education secretary Arne Duncan should have been natural partners for California Democrats eager to do more for schools after years of cuts. Instead, California and Chicago fought bitterly, often because of Duncan’s inflexible insistence on imposing the same uniform policies on a state with so many wildly different regions.

Obama also managed to alienate Silicon Valley, which supported his campaigns, by demanding that tech firms behave like appendages of his intelligence apparatus. And, for much of Obama’s presidency, his administration devoted more energy to deporting our undocumented friends and neighbors than to delivering on his promise of legalizing their status, so they can contribute even more to California’s success as an economy and society.

Forgive me for also mentioning how Obama infuriated millions of California commuters who voted for him—including yours truly—with his knack for blocking rush-hour traffic during his endless political fundraising trips here. It’s as if he didn’t understand that our big cities don’t have an “L” elevated train like you do in Chicago to get around Secret Service roadblocks. These visits were almost always more about him taking from California (campaign dollars and Hollywood-tech cachet) than about giving anything, even his attention, to us. Mexican president Enrique Peña Nieto and Republican governors seeking to lure our companies to their states have had more public conversations with real Californians than Obama.

To be fair, in other contexts Chicago pig-headedness has obscured California’s own failings. No one really talks about our state budget problems anymore given the length and bitterness of the struggles over public finances in your city and state. Yes, we did elect an Austrian action star as governor, but he—unlike a couple of your recent governors—never went to prison. And our pension problems and a recent spike in crime don’t look nearly so daunting compared to the size of those problems in Illinois.

All of this begs the question: Why do you keep meddling in our state’s challenges when you have so many giant problems of your own?

Please, for our good and yours, butt out of California, and get back to doing the things you do best.