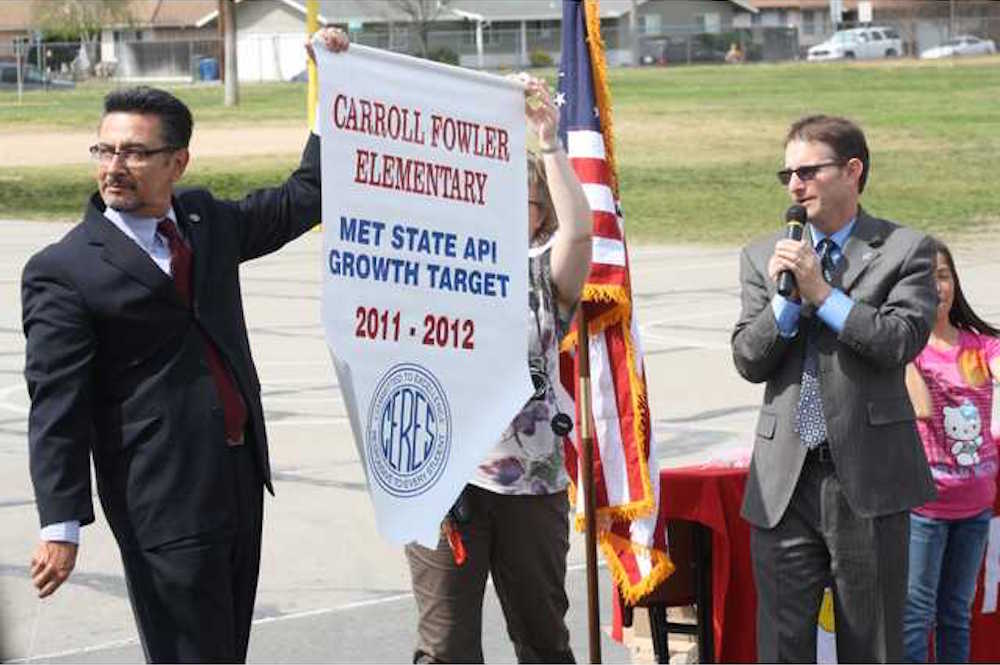 It’s a California educational reality worthy of Kafka. Our state’s leaders keep asking parents and communities to take bigger roles in making local schools better—even as those same leaders keep us in the dark about how our public schools are doing.

In the 2013-14 school year, the state suspended the Academic Performance Index, or API, the chief tool Californians had for seeing how their kids’ schools stacked up among schools across the state. API wasn’t a perfect measure, but it offered a clear and consistent language for judging schools that could be understood by anyone in your neighborhood—from parents to real estate agents. And, for the many communities and schools that hung API banners boasting of school improvement in the rankings, the index provided a point of pride.

At the time the API was first suspended, our state’s leaders said they would give us a better, more useful index of schools. Three years later, they haven’t given us anything at all—except a promise that a new index will be in place for the 2017-18 school year. And there are reasons to doubt whether a useful index will ever be produced.

I am trying not to take this personally. The oldest of my three sons started kindergarten in our local elementary school in 2014. Under the current schedule for the new index, he’ll be heading into fourth grade—and his two younger brothers will be enrolled as well—before I can see how the school stacks up.

To be fair, state education officials had plenty of reasons for creating a new method for measuring schools and their progress. The old index was far too dependent on test scores. The federal government is transitioning out of its No Child Left Behind regime for a new accountability system. Charter schools, many of them founded by parents, are spreading. And California schools are adopting the new Common Core standards and adapting to the state’s new Local Control Funding Formula and its accompanying Local Control and Accountability Plans—which give parents and communities the new bureaucratic burden of developing school goals and monitoring school progress

Given all these changes, our leaders asked, shouldn’t there be a new index aligned with this new education universe?

Of course, there should be. So where the hell is it?

The state’s answer: these things take time and we’re making progress. Last week, the State Board of Education approved new metrics that it wants to include in the new system—including test scores, graduation and suspension rates, college and career readiness, and school improvement.

Which is great. But no changes and no process justify three years—and counting—of keeping Californians in the dark about their schools.

The state had better options than having no index at all. It could have kept the old index alive until it was ready to switch to a new one. Or, even better, the state could have used the previous years to experiment by compiling and releasing to the public a new draft index each year.

This public development of an index—a real-time, rolling rollout, if you will—would have drawn broad feedback each year, and kept parents and communities in the loop. Instead, the state chose to stay dark—keeping the conversation about any new index for school accountability contained in the usual silos of education insiders.

Which is why the darkest, most cynical view of this transition is almost certainly the right one. Is the real goal of state leaders less accountability for themselves and for California’s public schools?

State Superintendent of Public Instruction Tom Torlakson used the suspension of the old index as justification for his failure to publish a legally required list of the state’s 1,000 lowest-achieving schools last year (he finally did so this January under threat of lawsuit, but built his list from 2013 data). And state officials have eliminated half of the standardized tests students are taking; they also have suspended the High School Exit Exam. Such steps have been taken in the name of leaving more time for actual instruction. But that’s hard to take at face value, given how low a priority instructional time has been in California schools. The number of school days was cut during the budget crisis and the state hasn’t added to the length of the school year since, even as charter and private schools, following research showing the benefits of more instructional time, do just that.

Then there’s the California Teachers Association, the state’s most powerful teachers’ union, which has been arguing against having any index that can be used to rank schools (and, they fear, punish laggards). In a recent letter to the state, CTA president Eric Heins protested against “a single one-size fits all numeric goal”—an API-style index simple enough for parents to understand—and argued in favor of a “locally based, iterative process of district review, reflection and improvement.”

What would the local iterative process look like? CTA has cited the Local Control and Accountability Plans—which were supposed to include meaningful input from communities and produce useful documents for the public—as models for what a new accountability system could be. But an index that looks like those accountability plans is exactly what we don’t need—those plans are monstrously long and confusing documents that run hundreds of pages.

The union’s “statewide ignorance is bliss” logic looks even uglier in light of Governor Jerry Brown’s recent comments that Californians shouldn’t expect the state’s work to close the achievement gap between black and Latino students and other students. “The gap has been pretty persistent,” Brown told CALmatters, so his educational reforms shouldn’t be judged on closing it.

Such educational fatalism isn’t just dispiriting—it’s at odds with California’s own record of educational progress. In 2013, more than 80 percent of schools scored above 700 on the API; only 31 percent had scored that high a decade earlier. The same decade saw big declines statewide in the dropout rate, big advances in the number of students taking challenging courses (especially math and science), and significant increases in the school performance of English-language learners, migrants, special education students and kids from low-income families.

Some of the children’s and educational groups who pushed for that progress are now putting forward legislation—AB 2548—to guarantee that the current process produces a coherent index that parents and communities can understand. But the teachers’ union and some politicians are dismissing this legislation as premature. Their strategy seems to be delay—and then try to get away with producing an index so complicated it isn’t really an index at all.

State officials will object that this assessment is terribly unfair. But after three years, they’ve lost the benefit of the doubt. If they want to restore their credibility, the state should take on a make-up assignment: Produce an index of all California schools for each of the past two years—the academic year now ending, and for 2014-15. The state has testing and the other data to do it. And we parents sure could use the information, even belatedly.

But I bet they won’t. They’re too busy coming up with excuses for keeping Californians in the dark.