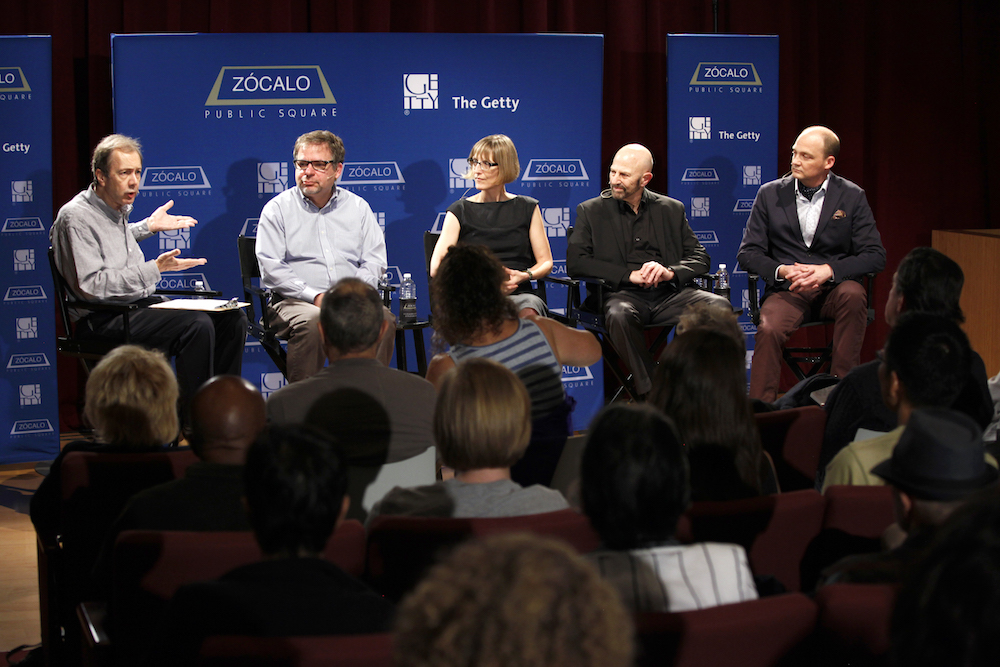 Nearly three decades after the photographs of Robert Mapplethorpe escalated the culture wars and made him an embattled hero in the art world, his work continues to provoke and inspire, said panelists at a Zócalo Public Square/Getty “Open Art” event.

An overflow crowd gathered at the West Hollywood City Council Chambers to hear about the history of Mapplethorpe’s controversial works as well as his place in our conversation about perfection and exploitation in art, which continues with a major retrospective on view now at the Los Angeles County Museum of Art and the J. Paul Getty Museum.

The panel—which was moderated by author and Los Angeles County Museum on Fire arts writer William Poundstone and included two curators, a photography collector, and a painter and historian—acknowledged the importance to Mapplethorpe’s legacy the controversy that began in 1989. That summer, a traveling solo exhibit of his work drew the ire of conservative and religious groups, who termed the show’s homoerotic and sadomasochistic themes obscene and the photos pornographic. The controversy gained Mapplethorpe significant fame, but the panelists agreed that the ongoing interest in his work demonstrates a value far deeper than shock.

“At this point we’ve seen so much sexually based work it’s ceased to be shocking,” said Steve Reinstein, a longtime L.A.-based real estate developer and art collector who counts Mapplethorpe among his favorite artists. “I do like work that’s confrontational. I look for work that challenges me.”

Jonathan Weinberg, a painter, art historian, and author of Male Desire: The Homoerotic in American Art, agreed. “You have to sort of love him and be revolted by him,” Weinberg said of Mapplethorpe. “He’s constantly testing you with his work. That’s part of its power.”

The photography standards of the 1970s and 1980s held that photos document the real and the true. But Mapplethorpe sought the opposite. “‘Things are more beautiful in my pictures than in real life,’” is what Mapplethorpe seems to be saying, said Weinberg. “He takes things and he transforms them. He believes in the magic of art.”

Reinstein agreed: “It goes beyond perfection. What I see is an exaggerated beauty.”

Paul Martineau, who curated the Getty portion of the Mapplethorpe retrospective, noted that the artist’s quest for perfection extended beyond the human form. “He never photographed any wilted flowers,” Martineau said. “Once they started to droop, they were in the trash.”

Britt Salvesen, who curated the LACMA portion of the exhibition, suggested that the fact Mapplethorpe drew inspiration from pop artist Andy Warhol offered some insight into the photographer’s approach to his work. “I think he valued surfaces,” Salvesen said. “Maybe that was another thing he gleaned from Warhol and the way he talked about superficiality. In the pictures you see this attention to the surface.”

“Did that interest in perfection lead Mapplethorpe to exploit some of the people he photographed?”, wondered Poundstone. Mapplethorpe’s Black Book, for instance, is a series of idealized images of African-American men that has spurred some criticism.

Martineau described an interview with one of those men that he came upon while doing research for the exhibition. When asked what it was like to work for Mapplethorpe, the model recounted the photographer asking him how he would like to be pictured. When the model said he had always wanted to be on a pedestal, Mapplethorpe pulled out a plant stand and photographed him that way. “Look very carefully before making judgments about objectifying,” Martineau said.

Weinberg observed that over time, some of the images had taken on a different meaning—some of the men had subsequently died of AIDS, so the portraits had become a way to remember them.

In the question and answer period, an audience member asked if Mapplethorpe’s photographs of women, specifically musician Patti Smith and body building champion Lisa Lyon, bear any relevance in today’s world, where some voters are reported to be struggling with the concept of a woman as president.

Salvesen said Mapplethorpe deliberately included women in his subject matter, and was specifically interested in androgyny. “Lisa Lyon and Patti Smith are two very different manifestations of what he could see as androgynous,” she said.

Martineau’s response suggested a connection between past and present, specifically in his portrayal of Lyon: “She’s represented at her most powerful, a very independent and strong woman.” 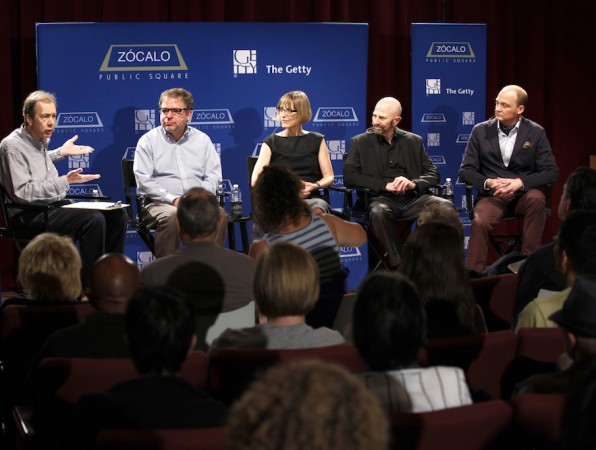 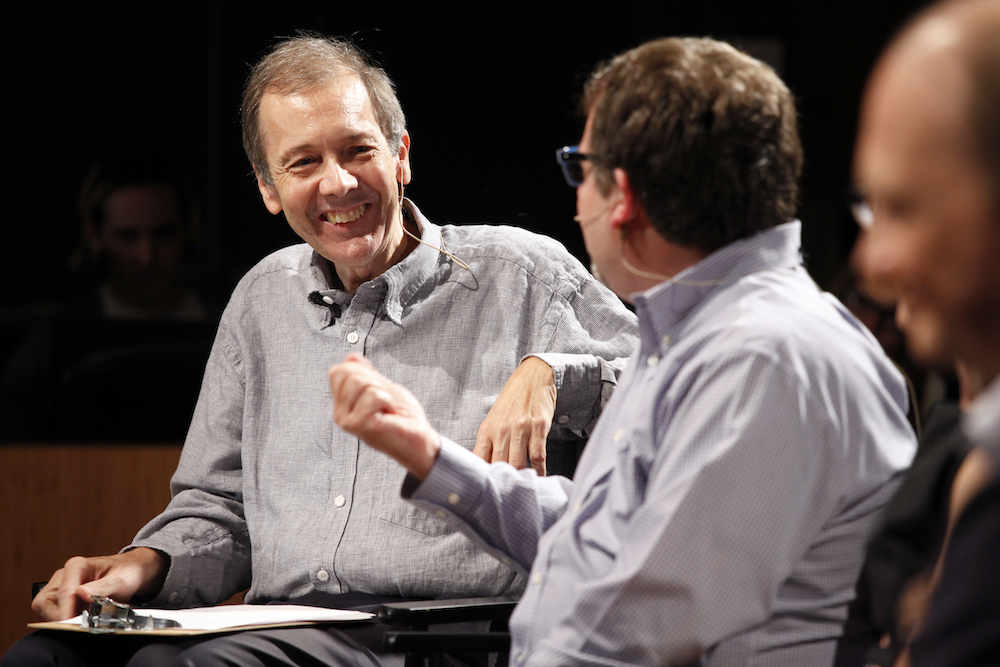 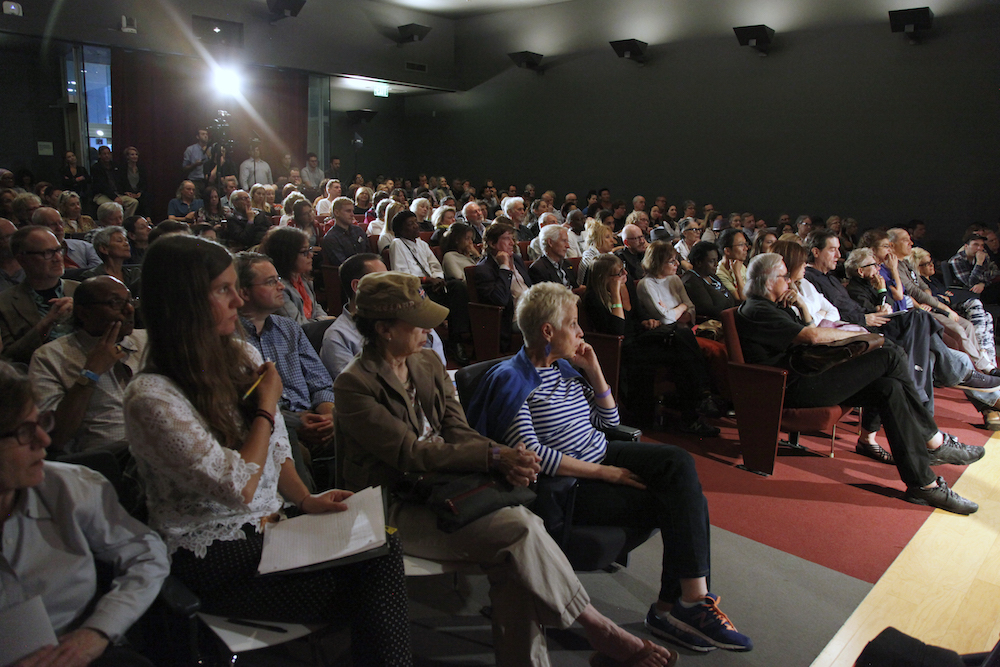 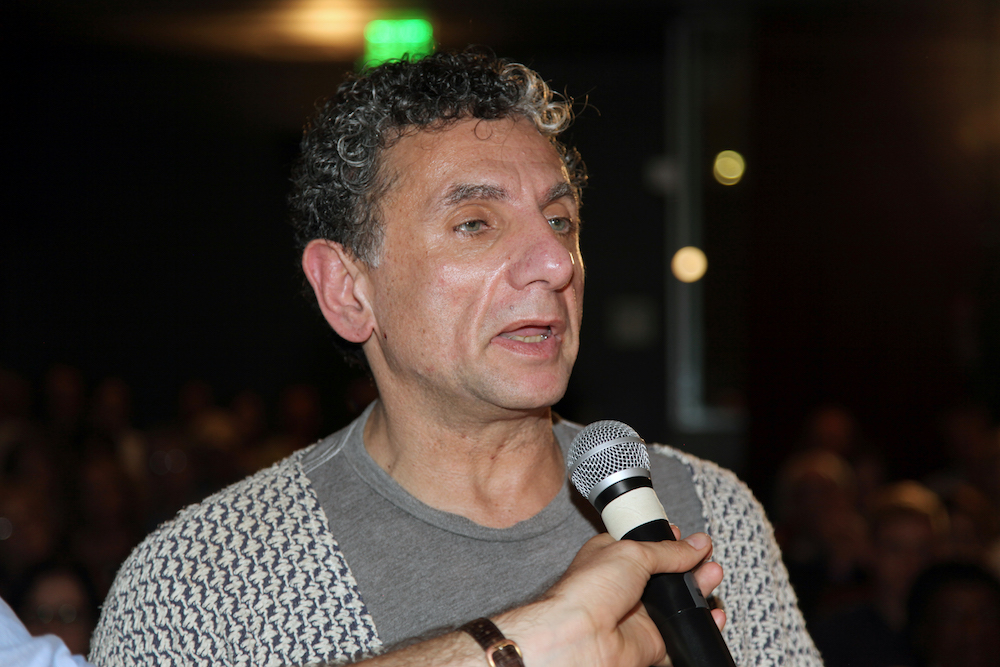 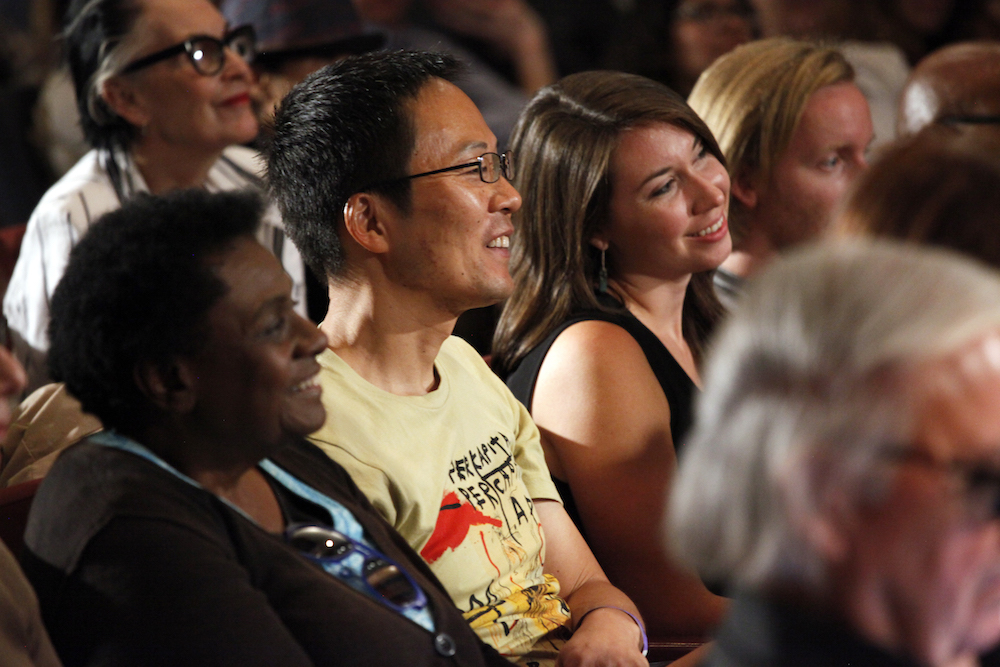 An enthusiastic crowd follows the discussion 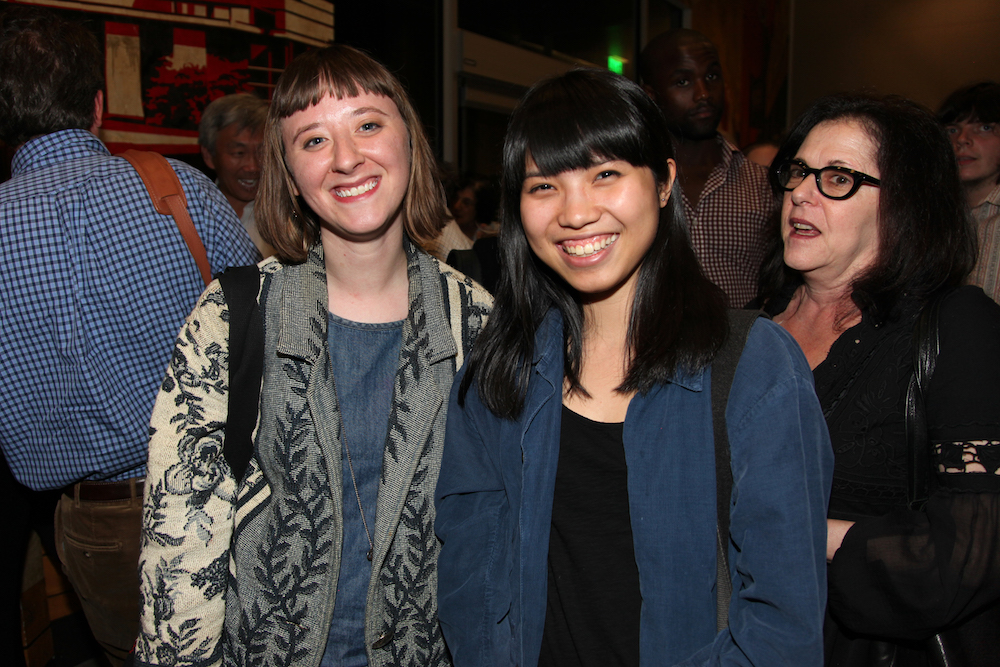