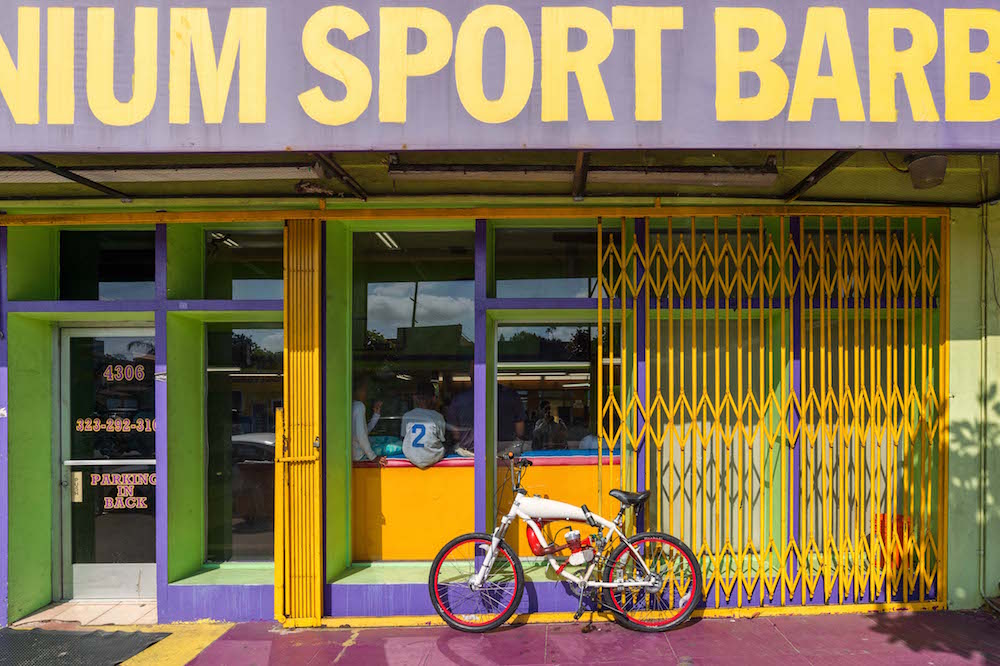 “How can we save South Los Angeles?” is a tired question. It’s an artifact of previous decades when the region formerly called South Central was known by its reputation for crime, gangs, poverty, racial conflict, and the 1992 riots, the deadliest American urban uprising since the Civil War.

So let’s retire the old query, and turn it upside down to pose a new and urgent question: How can South Los Angeles save us?

South L.A. is no longer a place apart. Today, it sits in the center of the California story, embodying some of our greatest possibilities and our greatest struggles. And in a particularly nasty and anxious time in the United States, when pessimism and angry nonsense spread faster than Western wildfires, the South L.A. of 2016 offers a tough-minded but optimistic narrative that ought to remind us just how much can be achieved—beyond mere survival—through gritty determination and small, steady improvements.

South L.A. is both the closest thing we have to an urban success story, and the furthest thing from a fairy tale. In today’s South L.A., crime, despite recent upticks, is less than one-third of what it was a quarter century ago, access to health care is improving, there are more and better schools, housing prices and home ownership are up, transportation and arts and food options are multiplying. And major new developments are arriving—with all their promise and peril.

Of course, it is dangerous to generalize about a place so large and diverse. South L.A. consists of about 30 very different neighborhoods, from pristine suburban-style historic tract to industrial precincts to college-town enclave to narrow boulevard-based corridors. South Los Angeles is comparable in size to San Francisco, California’s fourth largest city. Both are nearly 50 square miles and have populations of 850,000.

But today’s South L.A. is more often described as Los Angeles’ version of Oakland. It’s a poorer place that is being changed, for better and for worse, both by the work of its residents and by proximity to the wealth and spillover housing demand of Los Angeles’ booming downtown and Westside.

South L.A. has not shed its older challenges, particularly around poverty and jobs, while its gains have created new challenges. In particular: How do South L.A.’s people and businesses make sure they don’t become exiles from their own success, driven away by a higher cost of living?

That poignant question resonates across the state. South Los Angeles is the largest working-class place left in coastal California. If it can figure out a way to remain such, it could provide a crucial model of success for a state with a dwindling middle and a widening divide between its affluent and America’s largest population of poor people.

South Los Angeles is the largest working-class place left in coastal California. If it can figure out a way to remain such, it could provide a crucial model of success …

Part of South L.A.’s importance lies in its relative openness to new approaches in addressing this conundrum. There’s less of the NIMBYism that’s epidemic elsewhere in the state. I recently heard community planners call South Los Angeles “L.A.’s L.A.” They meant that in two ways. First, in the sense meant by Tom Bradley, modern L.A.’s greatest mayor and a longtime South L.A. resident, who once said that people come to L.A. “looking for a place where they can be free, where they can do things they couldn’t do anywhere else.” And second, in the technical sense: while so much of L.A.’s planning and zoning has already been settled, with overlays and districts for different areas, South L.A.’s plans remain relatively free of such obstacles.

So how can South L.A.’s example save us? The region has become a popular proving place for new initiatives.

It’s already the site of some of L.A’s most significant cultural investments these days—in Exposition Park alone, the Coliseum is being renovated, a new soccer stadium is scheduled to be built, the Natural History Museum has been recently renovated, and the Space Shuttle Endeavour now resides at the California Science Center.

Many of South L.A.’s bigger developments come with “community benefits agreements” and local hiring promises that are all the rage among labor unions and local economic development wise men. But it remains to be seen whether such agreements lead to enduring improvements, or whether this one-deal-at-a-time approach undermines efforts at more thoughtful and comprehensive planning and development. USC’s The Village, which combines student housing with a new Target and South L.A.’s first Trader Joe’s, opens next year and is being closely watched because it comes with some of the strongest community benefits in the city’s history, including hiring for disadvantaged people, local business assistance, $15 to $20 million for a new affordable housing fund, and the creation of a legal clinic to assist local tenants. A proposed $1 billion expansion of the Washington Boulevard high-rise for creative firms and artists known as The Reef, to include new housing units, retail, and a hotel, faces skepticism about its feasibility and opposition from neighbors who fear it could further drive up rents in the area.

In an L.A. where it’s hard to build housing, South L.A. is a relative hotbed of new homes—often fashionably close to transit and retail—but it’s far from clear whether it is affordable enough to serve local residents. Recent efforts to improve access to health care are being closely watched, notably Martin Luther King Jr. Hospital, located south of the 105 Freeway, which recently reopened in conjunction with expanding local health clinics. The just-completed Expo Metro rail line (which connects South L.A. with downtown and Santa Monica) as well as the forthcoming Crenshaw line will make South L.A. a key test of whether highly touted transit investments can improve neighborhoods.

And South L.A. is home to dozens of charter schools, billions of dollars worth of new and improved school facilities, and various other educational innovations, including the Partnership schools, a district within a district. So far, some of these school experiments are showing strong results, while others lag.

South L.A. is a fertile ground for experimentation, from efforts to help local businesses embrace technology, to a new approach in sidewalk repair. The city’s new trash franchise is supposed to curb illegal dumping in South L.A. and establish recycling facilities in the area. Private and nonprofit efforts to provide healthy and locally grown food are targeting South L.A. And if high-profile efforts to boost voter registration and turnout are to succeed, they’ll have to gain traction in South L.A., where people vote less frequently than in other Southern California communities with similar population profiles.

Statewide efforts to increase park access in poorer communities are being tested in South L.A., which has seen the opening of many small parks but has struggled to establish the mid-sized community parks it desperately lacks. South L.A.’s long street corridors are ripe for the redesigns promised by the “Great Streets” movement, which aims to make streets friendlier for bicyclists, pedestrians, and community gatherings.

In all these initiatives, the stakes are high. If any of these ideas can show results in reputedly hardscrabble South L.A., they are likely to find a receptive audience in struggling urban areas around the country.

If any of these ideas [for community improvement] can show results in reputedly hardscrabble South L.A., they are likely to find a receptive audience in struggling urban areas around the country.

Of course, the two most profound changes South L.A. needs involve not physical, but human, capital.

First, South L.A. stands to benefit tremendously from statewide efforts to ease re-entry into communities for people who have served time, as well as from efforts to help people clean up their criminal records by expunging or reducing non-violent felony convictions. Nonprofit groups are collaborating to make it easier for people with records to get hired and become eligible for housing and student benefits.

Second, there may be no greater advertisement for long overdue immigration reform than to spend time in South L.A. And if the undocumented workers and entrepreneurs behind so many small or home-based businesses had the legal status to come out of the shadows, South L.A., as both an economy and a community, would be unstoppable.

South L.A.’s reputation, particularly in mainstream media, hasn’t yet caught up with its new, improved, and more complicated reality. Its success has come too slowly and steadily, without a sole catalyst, and so it’s not easily told.

But that may be about to change. Two high-profile political campaigns could bring media scrutiny to South L.A. Steve Barr, founder of a charter school network with many South L.A. campuses, is challenging the incumbent mayor of Los Angeles, Eric Garcetti, in 2017. And if former mayor Antonio Villaraigosa makes a strong run for governor in 2018, Californians should hear a lot about South L.A., the setting for the most significant policy initiatives of his eight years in office.

South L.A.’s people and institutions are understandably reluctant to tell their turnaround story, given the remaining challenges. And progress can have its costs. South L.A. was turned down at first for a federal Promise Zone designation, which brings all kinds of resources to the neediest neighborhoods, largely because it wasn’t poor enough to meet the program’s standards. But, in a demonstration of their collaboration and sophistication, South L.A.’s officials and nonprofits rallied, suggested changes to the program’s standards, and won the designation.

An updated narrative of South L.A. is vital to the region’s ability to protect itself and its people from developments and changes that might threaten its progress, or displace its people. Vast and diverse South L.A. is on the rise, and we shouldn’t let anything get in the way of the example being built there.

Because if South L.A. can make it, there’s hope for all of us.