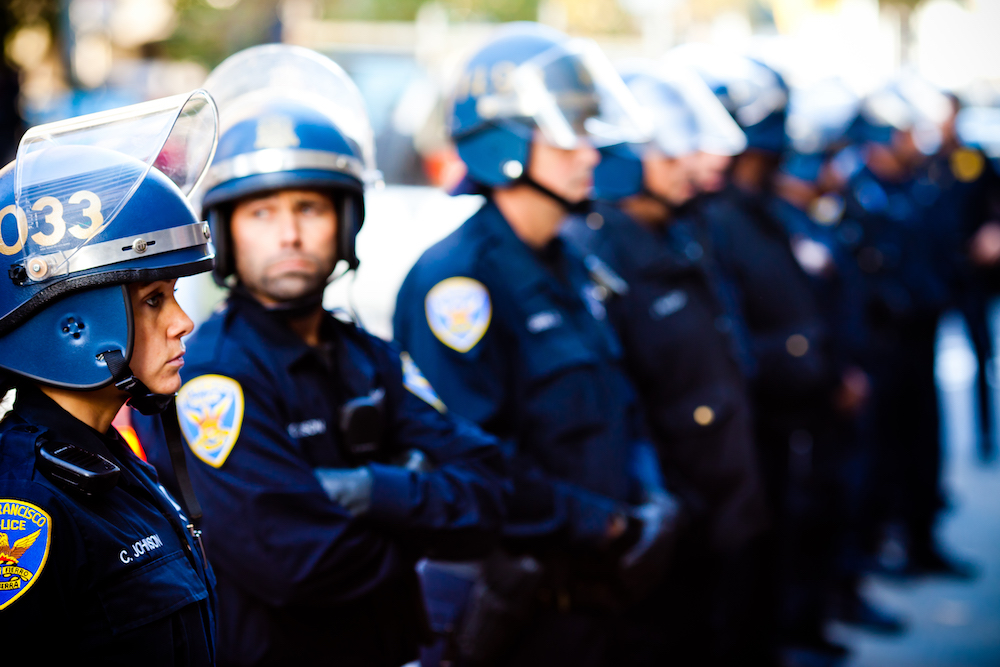 Nowadays, everybody—agenda-driven politicians, entertainment moguls, and many citizens on the streets—is considered an expert on what needs to be done to improve policing. We listen as people offer the media passionate and seemingly knowledgeable arguments on the police, and we mostly treat them as if they all know equally well what they are talking about.

By way of comparison, if everybody would express their opinions about how to improve the medical profession, we as the larger public would not be so accepting of everyone’s opinions. Many of us would vigorously challenge anecdotal accounts and “solutions” based on personal experience and videos seen on the Internet. Because we see medicine as a real profession, with nationally accepted professional standards, we tend to leave it to real experts to express their views on how the profession might be changed.

Treating policing as some sort of haphazard trade, about which everybody can have a valid opinion, is not helping policing or our current national conversation about it. Indeed, it aggravates the problems faced in policing. As a former police officer and somebody who has written many books and articles about the police profession over the decades, I resent the current rush-to-judgment environment and the ubiquitous pontification about the solutions. The overwhelming majority of police officers in this country mean well and take their jobs seriously, risking their lives to protect others, most of the time for meager pay. They certainly deserve better tools to hone their skills and much respect from the public they serve.

It is remarkable that very few academics who actually study policing and police-community relations are part of the discussion in public and in the media. We academics hear public officials quote out-of-context statistics, repeat catch phrases like “community-oriented policing,” and fuel the anger. For example, national and reputable media outlets often quote the number of people killed by police officers in a given year as an example of police use of force or brutality—an alarming figure, but one that would also include homicidal criminals like Micah Xavier Johnson, the Dallas sniper who killed five officers on duty at last week’s Black Lives Matter protest.

Almost 20 years ago I started teaching a course about police training, and the scarcity of available resources prompted me to write my first book, Critical Issues in Police Training. Published in 2002 and based on years of fieldwork and research, I identified five main areas that are extremely problematic for policing: recruitment, selection, training, supervision, and discipline. And I outlined four topics to address these problems: leadership, an approach to police-community relations called “Open Communication Policing,” multicultural policing, and stress management for law enforcement.

Fast forward almost 15 years, and we are now talking about all the same problems and topics—as if they were new and we still need to study them and create commissions to identify what needs to be done. This is wrong and a dangerous waste of time for both officers risking their lives and communities living in fear of their local precincts. Research is clear: we know quite a lot about what needs to be done—we need to transform the way police organizations operate. We just need to do it.

It’s gratifying to hear so much in the conversation about the need to change how we train police to reduce violent encounters with citizens. But I can’t help but stress that how we recruit and select officers should come first, before training.

For over two decades, research has shown a direct correlation between the emotional maturity of officers and their problem-solving capacity. Yet, as if deliberately ignoring the scientific research finding, most police departments in the United States continue to recruit and select their officers at the very young ages of 19 or 20.

In their late teens and early 20s, these men and women are expected to display wisdom, maturity, judgment, and social and emotional intelligence that most of us do not display until our late 20s and beyond. In some departments, some recruits are even exempt from the basic requirement of finishing high school if they possess some characteristics that would qualify them for special waivers. (Albuquerque, New Mexico is one such department).

Don’t we owe it to our communities to give the officers we charge with guarding our lives at least as many hours of training as beauticians and hairdressers?

Instead, we should be identifying the highest standards for recruitment and selection of officers. These standards must be expressed in something the U.S. has never had for its police: a standardized, mandatory curriculum of training for all our law enforcement agencies. This would cover not only the use of force but also other essential tools of effective and impartial policing like leadership, multiculturalism, stress management, and open communication. Each department would then be free to add as much or as little to this mandatory template, based on their needs.

This training must cover a minimum number of hours that will approximate, at the very least, a two-year college degree. Don’t we owe it to our communities to give the officers we charge with guarding our lives at least as many hours of training as beauticians and hairdressers?

We would not have to invent such standards. We already have the templates, primarily from other countries. Take, for example, Finland, which has the sort of comprehensive standardized training that makes experts like me envious. The Police College in Finland offers bachelor’s and master’s degrees for its police force. Completed in about three years, the bachelor’s degree is composed of 180 credits and qualifies the person for the position of police officer—or to act independently as an expert in police work. And the program is just the beginning of lifelong study that encourages police officers to seek new approaches and best practices in their profession.

While we have some police departments trying to transform recruitment, selection, and training (Dallas PD is one of them), we have close to 18,000 different law enforcement agencies in this country, most of them smaller than 50 sworn officers. The IACP (International Associations of Chiefs of Police) does much to further the culture of training but, unfortunately, it cannot mandate a standardized training. It can only recommend. And the time for recommendations has passed. We need mandates. Teaching de-escalation techniques at the NYPD or the Dallas PD academies did not change the behavior of officers in Louisiana or Minnesota. If we want change nationally, we need to institute a standardized mandate for all.

So, who and what are standing in the way of this change? The obstacles are federal and local. On a federal level, a transformational change would require revisiting the autonomy of the states to determine their own standards for police forces—the sort of changes politicians don’t want to touch. On a local level, sometimes unions oppose raising the standards. (Last year, I testified in front of the local council in Suffolk County, New York in favor of requiring a bachelor’s degree for its force, but was very strongly opposed by the union). Sometimes local politicians fear they will lose control over the hiring process. And many times, there are concerns about the lack of money; most of the police budget is allocated to salaries and there is very little left for recruitment and training.

Yes, many police departments around the country have gotten better at recruitment of ethnic and racial minorities, but diversity is not a stand-in for emotional maturity. Nor does having a department where members of minority communities are in the highest leadership ranks of the police, as in Dallas, change the perception that policing is a profession that is inherently racist and discriminatory in its application of the law.

It is impossible to convey here, in a short essay, the importance of perceptions about policing that are based, at one end, on centuries of oppression going back to the Southern Slave Patrols, and, at another end, a tsunami of social media visuals—of beatings, shootings, and victims’ dead bodies. Such visuals, with enough repetition, become etched in people’s minds not as a single event but rather as a series of events that represent a norm. Opinions are then derived from these perceptions, and actions from these opinions. In the absence of uniform policing standards based on scientific evidence, it is easy to misinterpret legitimate uses of force that from time to time accompany police officers’ day-to-day interactions with an error of judgment or actual abuse of the rights of their office.

It’s also easy to mistake the relative success of a few departments in training and recruitment with the nationwide sea change we need. I don’t know about you, but I cannot live with the notion of the authority to use coercive force against me being discharged by people who are not recruited, selected, and trained to the highest possible standard. The promise of this moment is that we can raise those standards, and reach the goal that any use of force must be necessary.

But to get there, we can’t rely on opinions. We need to start with the many things we actually know about policing. We need to let the real experts in this field drive the transformations of policing. And then we need to pray for the right leadership to enable these changes.