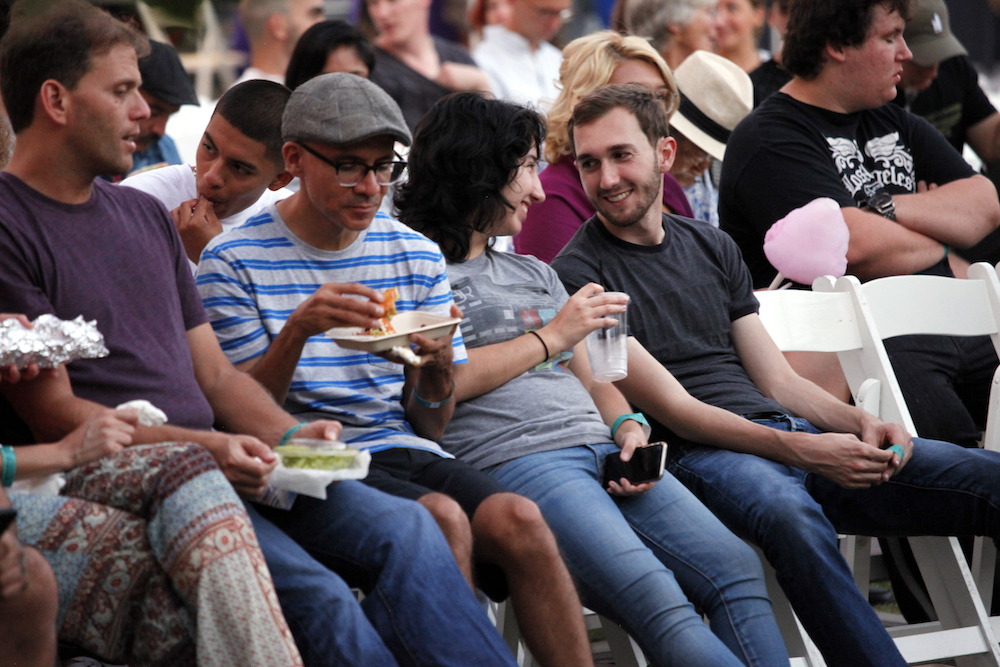 On a warm Friday evening that concluded the hottest day of an anxious summer, a big audience in Los Angeles sought solace in a film about people overcoming their own anxieties.

The Zócalo Summer Movie Series at LA Plaza presented Little Miss Sunshine, a 2006 indie classic about a failing father with a self-improvement program, his wife, her suicidal Proust scholar brother, a silent Nietzsche-worshipping teen son, a drug-addled and sex-crazy grandfather, and a seven-year-old daughter who drags the whole family on a road trip to a children’s beauty pageant in California via a temperamental VW bus.

“I love this movie,” said Michael Herrera, a Cal State Northridge journalism student. “It’s one of those movies that stays with you. I like the dysfunction of the family and how, despite that, they come together and share their happiness.”

As the sun set, hundreds of Angelenos—some filling the venue’s chairs, others on blankets or the grass—shared dinners and snacks, some brought and some purchased on site.

“I like the movie for its artistic feeling and the music,” said Maria Sanchez, 26, who works in affordable housing policy. She came with Carolina Gamero, 26, and the two ate a dinner purchased at a nearby Chinatown restaurant.

Christopher Cantu, a teacher, and Natalie Morales, a community health worker, said they had come to the movie because “we’re looking to do something together.”

“It’s nice to be outside,” said Cantu.

Morales, like many of those attendance, recalled seeing the movie when it debuted 10 years ago, and remembered liking it. But she’d forgotten details. “I saw it with my mom back then,” she said. “She thought it was inappropriate for me at the time. So I want to see it again.”

Little Miss Sunshine was a surprise popular and critical hit a decade ago. It made $100 million at the box office and was nominated for four Academy Awards, including best picture, and won two, for best original screenplay and best supporting actor for Alan Arkin’s performance as the grandfather.

The audience responded warmly to the movie, laughing throughout and applauding at its conclusion. There were a few gasps of surprise when the actor Bryan Cranston—two years before his star-making turn as Breaking Bad’s Walter White—appeared in a small role.

Bruno Bonilla, 37, said he had been on his way with friends to Union Station when he saw signs for the screening, stopped by, and stayed to see the movie for the first time. “I had no idea this was happening,” he said. “We were just passing by, and came in, and the movie was good—awkward and funny.” 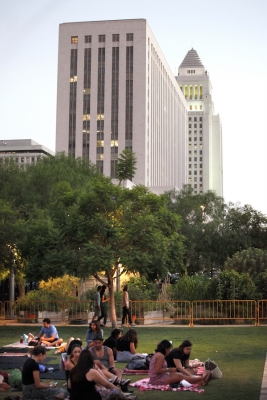 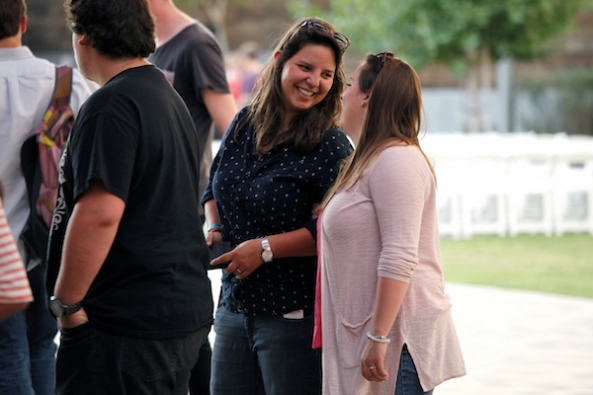 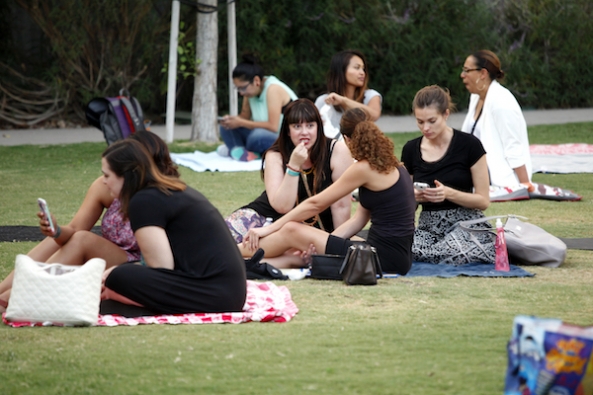 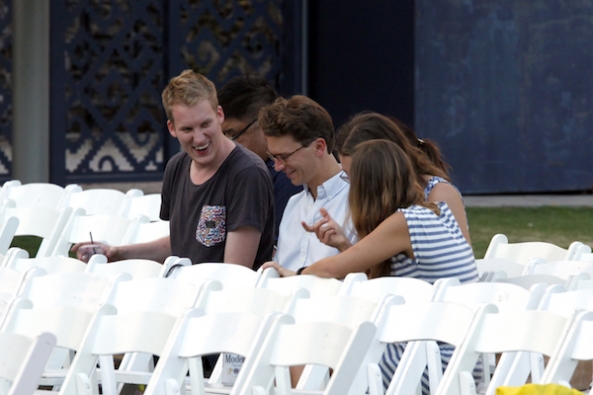 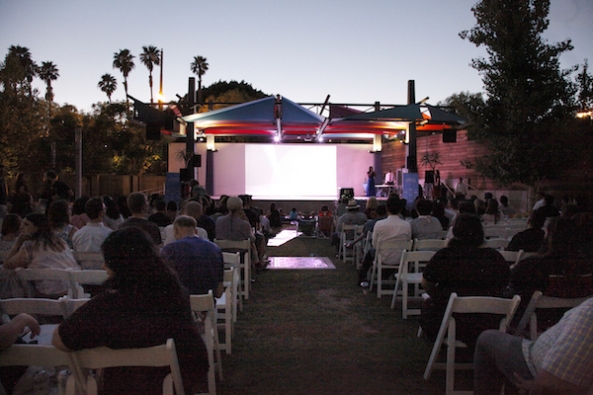 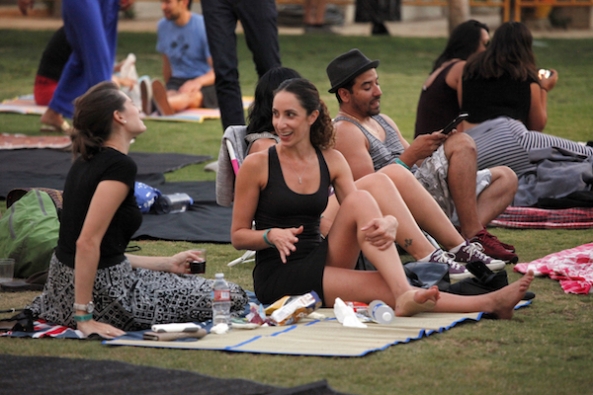 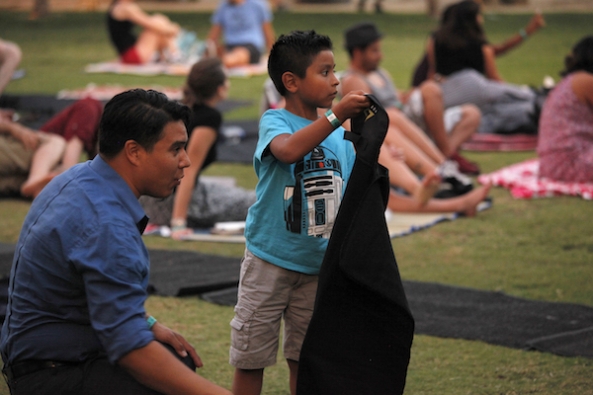 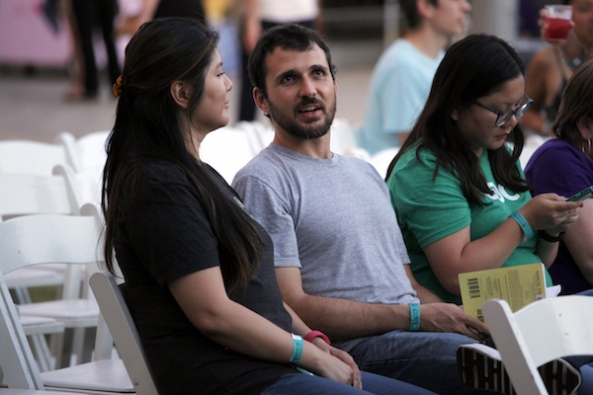 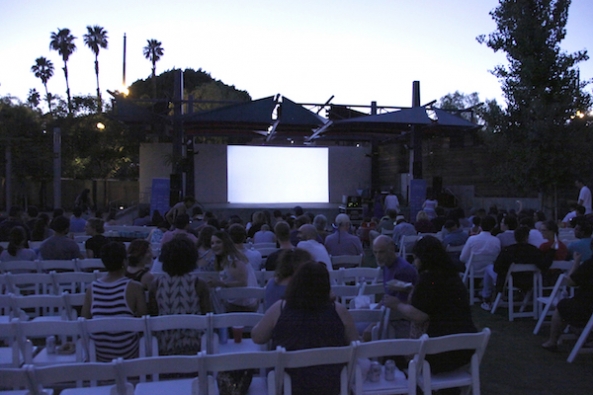