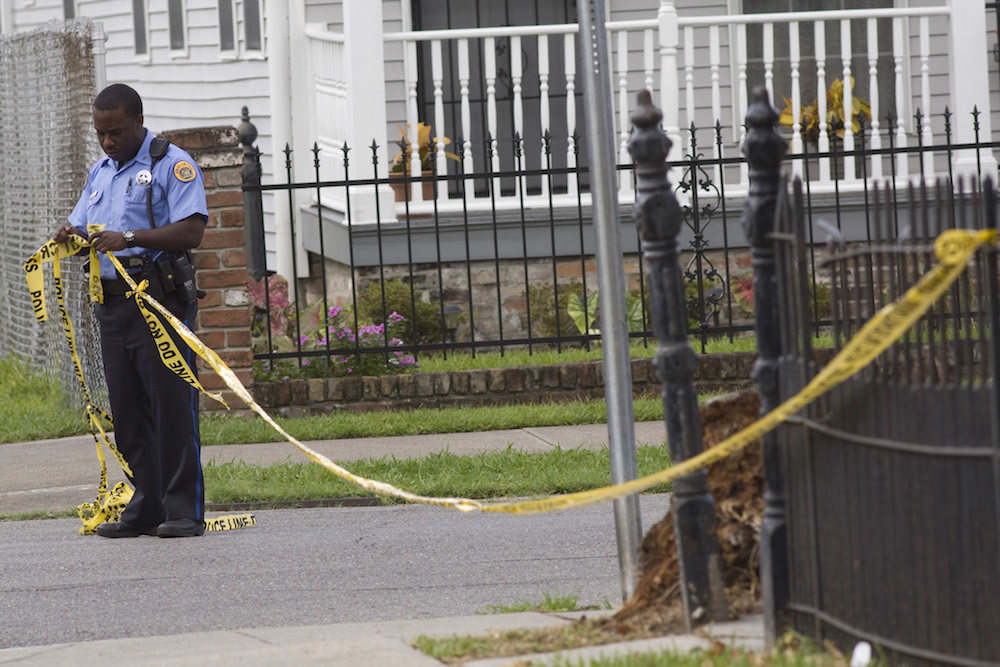 Yet when it comes to violent crime, especially murder, Americans are at much greater risk of falling victim to someone they know, perhaps someone they know intimately. And these kinds of murderers are less likely to commit their crimes with guns.

A homicide detective once told me, “Familiarity breeds attempt.” The fact is that most victims and their killers are at least passingly familiar with each other. Intimates interact often, and those interactions often lead to disputes and disagreements. Those disputes and disagreements can lead to violence. People who don’t see another way to resolve these disagreements often have a dispute resolution mechanism such as a gun, a knife, or a blunt object handy.

Typically, criminologists categorize victim-offender relationships as strangers (individuals who don’t know each other), acquaintances (individuals who are familiar with each other, have met, or are aware of each other, but are not close), and intimates (family, lovers, and the like). Most victims of property crime (burglary, larceny-theft, motor vehicle theft) are strangers. But homicide, which is defined by the FBI as “the willful (non-negligent) killing of one human being by another,” is different. This antiseptic definition hides the emotion and will that need to be generated to shoot, stab, choke, or beat an intimate to death. Nineteen percent of all homicides involve intimates.

Motives for violent crime are generally broken into two categories: instrumental and expressive. Instrumental motives are ascribed to events that are designed to produce a material advantage for the offender. Robbery—such as the killing of a store owner for the cash in the till—is the perfect example of this.

Expressive violence is different; it is designed to make a statement or communicate a strong emotion like love, hate, or resentment. Domestic homicides, in which one intimate partner kills another, are the prototypical form of expressive homicide.

Instrumental violence typically occurs between strangers and involves the use of only enough force or violence to “get the job done.” In instances of expressive violence where individuals know each other, emotions run high, and the nature and level of violence is often exaggerated more than is necessary to “get the job done.” In these cases, the violence makes a statement that reflects the large emotional overlap between victims and offenders.

A majority of homicides involve offenders and victims who share a large number of characteristics. The most typical homicide involves a victim and offender who are similar in age, race/ethnicity, gender, and prior involvement in the criminal justice system. They also typically have other background characteristics in common: educational attainment, employment history, and poverty levels. The familiarity that breeds contempt is not an emotional familiarity based on association, but a familiar set of background and experiential characteristics, including involvement in crime, gangs, and urban gun culture.

It is important to note that firearms are involved in about two-thirds of homicides in the U.S. That said, murders between intimates are more likely to involve “hands-on” violence, such as choking, beatings, or violence where the perpetrator physically touches the victim. Guns are more likely to be involved between perpetrators and victims who are strangers, or who know each other only in passing, like rival gang members.

Most homicides also occur within relatively close proximity to the residences of victims and offenders. And most cities have highly concentrated patterns of crime, particularly violent crime and homicide. Criminologists have observed across the past several decades that “crime causes crime,” a hypothesis that works at two levels: the individual and the neighborhood.

When crime is committed at the individual level, individual offenders or victims create motives for their family members or friends to commit “reciprocated” crime. Many homicides are linked through patterns of revenge from a victim’s family or friends who become perpetrators in an effort to obtain justice for their slain family member.

When crime is committed at the neighborhood level—more often perpetrated by strangers and acquaintances—fear is spread within the community, breaking down social structure and impeding the ability of the police to make arrests and solve crime.

There is emerging evidence that the decades’ long “Great Crime Decline” has leveled off, and that homicide rates may be increasing. The initial evidence comes from cities that traditionally had high homicide rates, according to the National Institute of Justice. These cities are characterized by very high levels of concentrated poverty, particularly among minority residents.

Rising homicide rates in these parts of the country are of particular concern because they come at a time when law enforcement resources are stretched thin, thanks to recession cutbacks. The police make an arrest in about two-thirds of homicides. This leaves one-third of homicides unsolved, with offenders free in the community and the needs and desires of families and friends of victims unaddressed. Unsolved homicides often create their own “crime wave” as the families and associates of victims seek to exact justice on their own, putting the police under still more stress.

Recent increases in homicide are troubling. It remains to be seen if such increases signal the onset of a new wave of crime. Understanding the nature and patterns of homicide is key to formulating effective responses. To be successful, such responses must place more responsibility on communities for identifying disputes at an early stage in their development, before they turn fatal.

If the police are the only institution responsible for producing reductions in crime, we are in for a dangerous time.