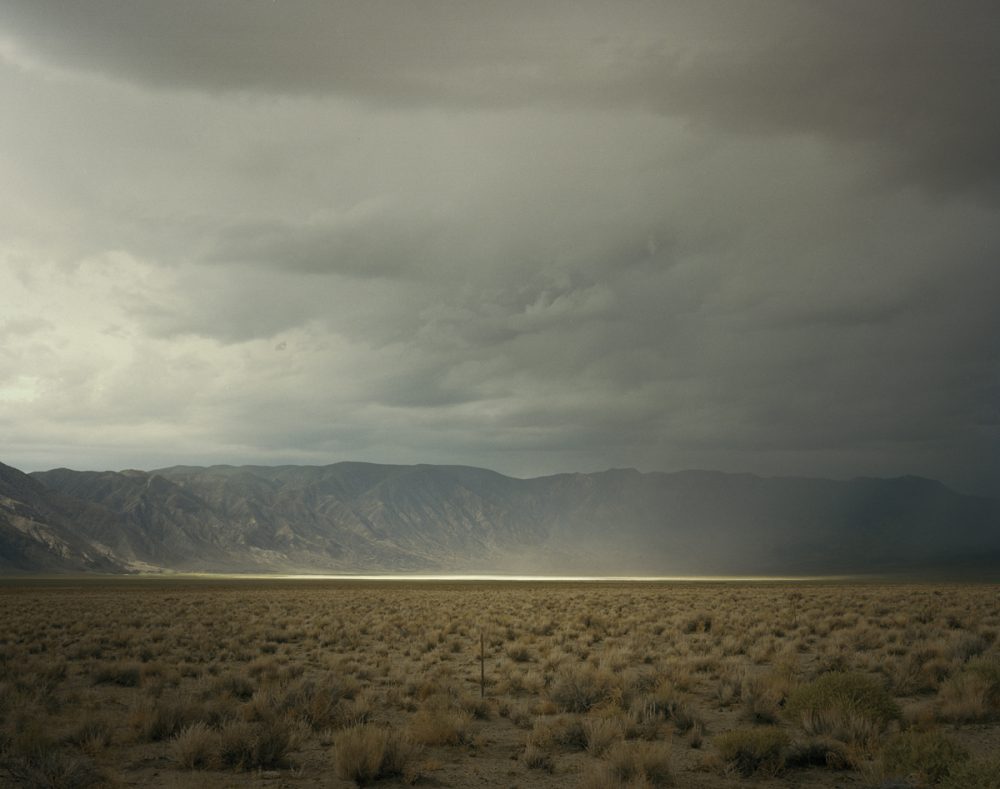 I am in a eucalyptus grove next to a playground. I am seven, or eight, my school is Catholic, and recess begins and ends with a bell that stings. You feel it in your whole body. The bell can be heard from a distance, as I have been told by one boy, who has found the fence past the grove we’re in and past the olive trees that shed their fruit each year and dot our uniform shoes with black sap. Sitting with a small group of other kids from my grade, we talk in whispers (why? no one can hear us) about the land we spend each day at school on, and what its limits might be, and how to get there, as that boy, Eric had done once.

We are vaguely in trouble already. We have been sending people out, one by one, to explore the property. From walks we’ve been led on by teachers, we know some of what we might find—a retirement home for nuns and its colorful garden laid out in the stations of the cross with a different flower at every pose of Christ, a cemetery for the same nuns with graves nameless to us (they were in Latin), a swimming pool with no water in it.

We are waiting for the last of our scouts, who hasn’t come back, for a very long time. It seems as if the bell never rings, which is a good thing. Then someone asks, “is he lost?” and I think to myself, at what exact moment did he get lost? 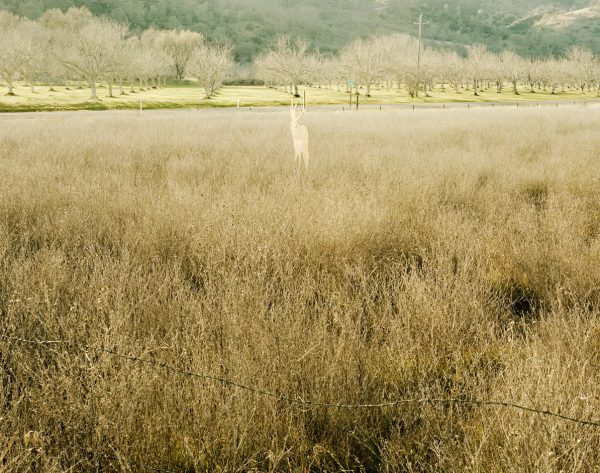 A few years ago, my husband and I drove to the Santa Cruz mountains where my cousins have a place that’s been in their family for years. I went there, as they call it, “down the country” as a child, and I remember images from some older American Dream, scoops of ice cream from a square scoop towering on a cone from Thrifty Drug, and a picnic afterwards at the beach, my mother happy in company with her friends, cooking enough chicken to feed many more families, with those other mothers, Mary Lou and Vicki.

But it was their voices not their cooking, somehow making the pattern out of social life, which was so mysterious. I encountered immediate terror whenever we joined our nuclear family together with any other. And so it was with a trepidation manifest under the surface with the force of memory that I went with my husband back to that place they still call the Country House. We drove, with directions, sure, but a phone with no service, and so I had to rely on images when my reading of my own handwriting gave out. To get to the image of how to get there, I had to go through an image of how it had been.

One summer, we read together a book about a family of lab mice that lived in a brick sunk into a field and the tragedy was that the brick was going to be moved, though the story was also told in flashbacks to the lab, in which the mouse mother had been poked and prodded into extreme intelligence by a set of tests after having human DNA spliced into her on birth. A terrifying book, as I remember, made more terrifying by the deck we read it on, nearly washed out the year before by a flood, and I remember my Aunt Vicki reading the ending in which the mice get resettled somewhere with no friends as the feet of my chair tilted dangerously in between rotting slats. But I was now lost in the present. 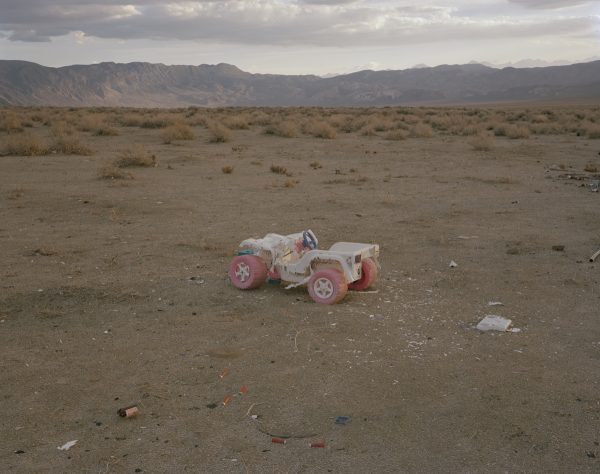 The truth was, we had gone there for the dead. My cousin’s mother-in-law, her husband Weldon’s mother, dead from alcohol, had loved that place even though it hadn’t been in her family, if a family means blood, as it often does regarding ownership. She hadn’t experienced the terror of social life there so great as not to love it, or she had medicated that terror or gotten over it, at least for a time, which before she died, and if the dead can remember, she must have remembered as a golden time.

The Country House is preceded on its driveway by a redwood grove in a perfect oval with a table in the middle, and they had set up a kind of shrine inside it, placing pictures of Jane and her family around, not quite at random, in the crannies of the trees and slight rises of the earth, and on the table set with food. The inside of that place so dark and cool it attained a quality of winter, so rare anywhere in California even with snow, and it was July.

I admired my cousin’s husband and thought to myself that day as I do now that he possesses some dignity that feels scarce in the world. His mother had loved wine and trees. And so, she had loved this place that wasn’t exactly hers, and as we walked around and people spoke of her, I thought, selfishly, maybe I should have allowed myself to love this earlier, though I did not need to ask for directions home and the way out did not flummox me. 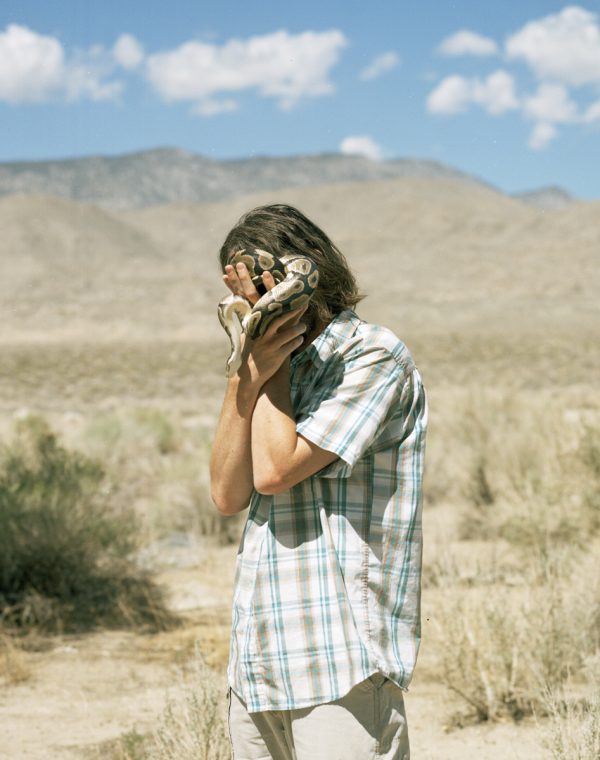 Which summer did I return to the desert and why? The summer I got lost was the summer I did a lot of hiking with Jill, who is surely ten times as strong as you, whoever you are, reading this, and more agile, and so brave I do not wish to tell you her age for fear you will handicap what can stand on its own. Born in Britain, she said to me she was built for the West, meaning mountains. Desert mountains change color as the sun goes down—darkness of shadow rises from the bottom to grade the top to the shade of the sky. In the summer you hike at night. Jill took me straight up into some canyons she found on a map, her dog with us, we were trying to find a canyon made of marble and we didn’t, so we kept going. It doesn’t sound dramatic. For the lost person, landscape can bleed into abstraction. We kept moving our bodies through these seemingly impossible gaps in rock, kept finding the same sandy wash that led towards a steep drop off, impossible to scale down. Jill started talking about where we would “bivy,” bivoac, for the night, for we were close to home, but lost, and it was getting cold, and the temperature had dropped 30 degrees. I remember thinking, “but how can we sleep, lost?” I do not remember the moment we realized we had found the route of our return. 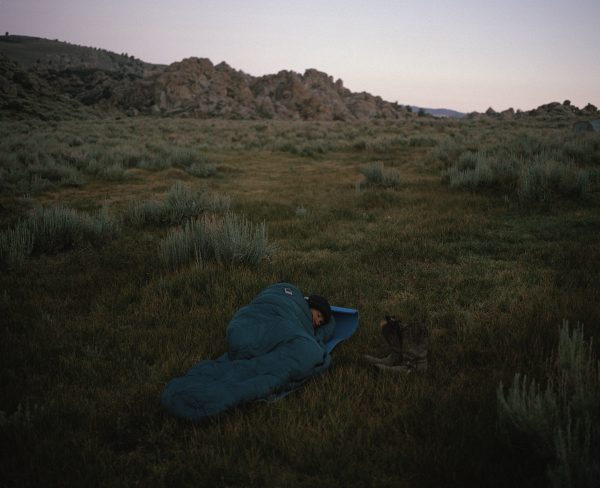 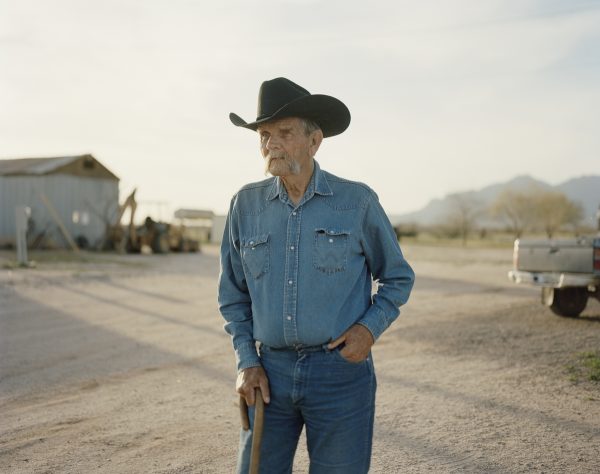 What is your name and where are you from? Will you sit? Let us place a chair under you and food in front of you. Let us do this before we ask you what your errand might be in this place. It is not that we have no questions. We are curious about your mother and your father, since we do not know them, and we are curious about whether you have brothers and sisters.

But we have an understanding that your hunger might distract you from your truth, or from the enjoyment of telling your story, which we will also enjoy, loving, as we do, in this part of this country, stories, especially stories of difficulty that take a long time to tell and cannot be summarized, so we invite you to eat. We have watched you turn from a speck into a stick and then a pillar and now a person walking towards us.

We want to know about the ocean, the mountains, the valley, the further mountains, the tunnel of a pass you passed through to get here, the pass that used to have a tollbooth where they took your money before they let you go and now has nothing but a stand of trees. We are interested in knowing what it cost you to arrive, and what it costs, these days, to get where we are.

But eat first. We wonder if you would like to look over your shoulder to see where you have come from. We don’t mind if you take a long look, we don’t mind if, for a long time, you don’t speak. We are so grateful you have come, though we do not know why and cannot say why, and when we watched you coming closer to us the sentence that overtook us was one of us has been saved. 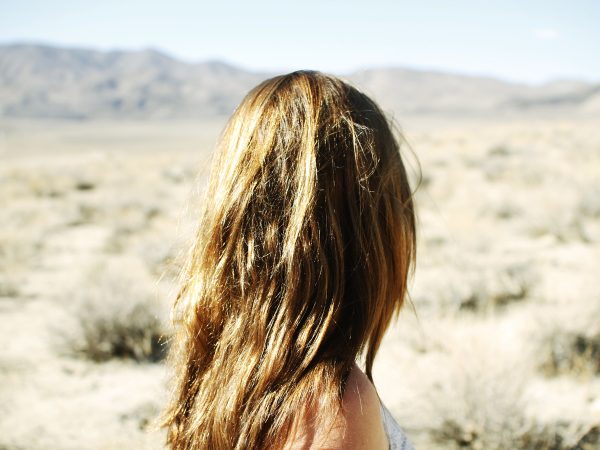