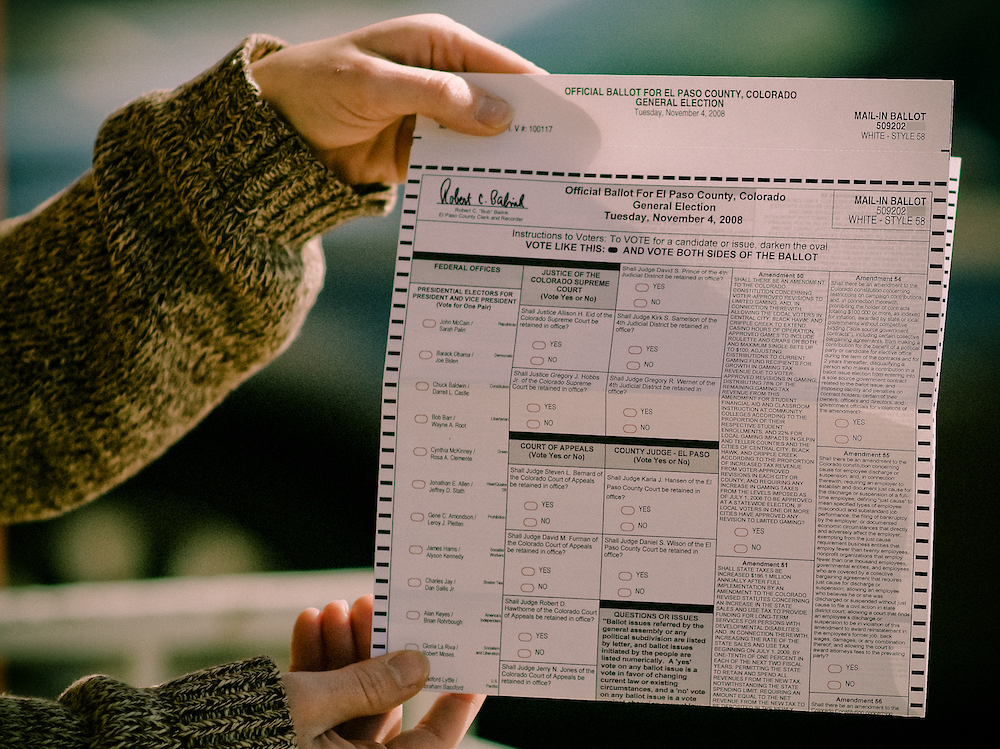 Ever since Americans began carrying smartphones with cameras, we’ve been posting photos of our ballots on social media. The so-called ballot selfie—which is not an actual selfie but typically a photo of a completed ballot—is now nearly as ubiquitous on voting …

For much of the 20th century, the Scurlock family of portrait photographers—first Addison Scurlock and his wife Mamie and then their sons Robert and George—were the premiere chroniclers of the …

I am in a eucalyptus grove next to a playground. I am seven, or eight, my school is Catholic, and recess begins and ends with a bell that stings. You …

In 1956, at the age of 18, Edward Joseph Ruscha IV left his home in Oklahoma and drove a 1950 Ford sedan to Los Angeles, where he hoped to attend …

Growing up in Philadelphia, I played and photographed in the ruins of buildings—some noble, even ones designated as important national historic landmarks. I wasn’t really cognizant of their importance in …

A person uses the word “purpose” and I think about the order in which I touched you. The action and the result: this is the first intention, some thin thing …