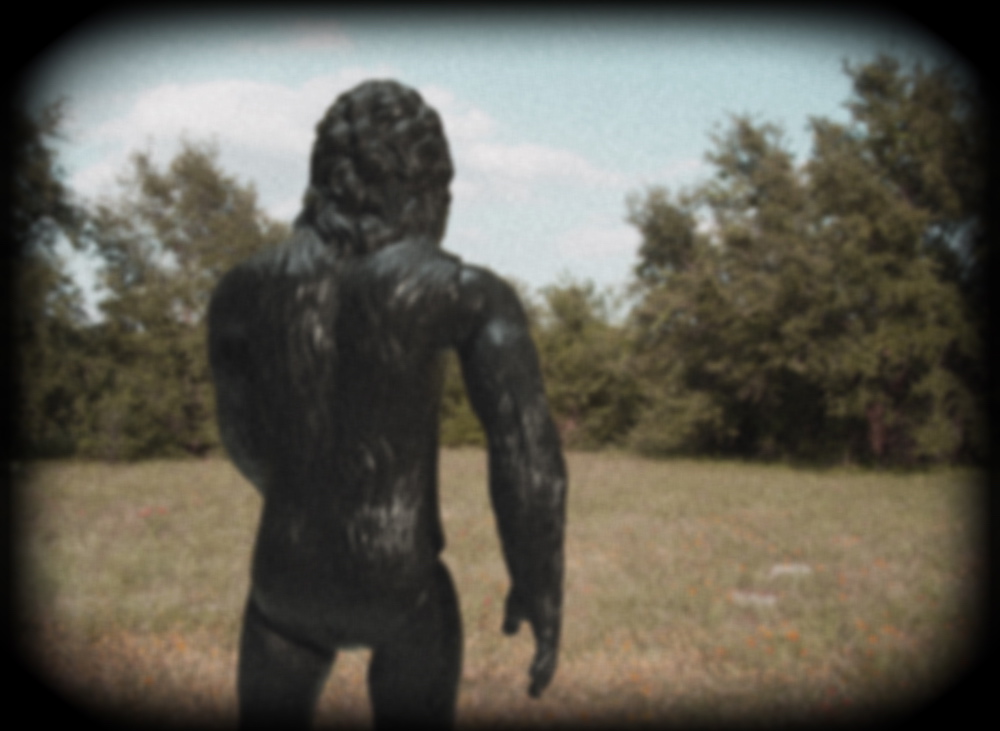 I’m so famous for keeping a low profile that some people doubt my existence. So I’m here to tell my fellow Californians that I’m proudly one of you.

I travel widely in California (Bigfoot sightings have been reported in every county of this state), and as I do, my fears have grown about our home state. My anxiety is not because of all the strange California characters who are always claiming to have seen me (I made my peace with my celebrity stalkers decades before TMZ came along) but because I’m seeing far too much of all of you.

Now, you may have noticed that, as a 21st century Sasquatch, I’m a global figure, and have been spotted in almost every U.S. state and in foreign places from Congo to Indonesia to Siberia. And it’s true that there have been a few more sightings of me in Washington state (about 450, according to Bigfoot trackers online and in books) than in California (about 400), but I must confess that my trips to the Pacific Northwest are really just a tax dodge; those Prop 30 rates are monstrous, and Washington state doesn’t have a personal income tax.

But let me be clear: every hair on my body calls California home. The most famous pictures of me (the Patterson-Gimlin film of 1967) were taken in the Golden state. And I’ve always been proud of the way I bring its disparate regions together, from the Bigfoot-themed bars in L.A. and San Francisco to the terrific Bigfoot Discovery Museum in Felton in the Santa Cruz Mountains. I bridge Hollywood (which made me famous through TV and movies) and Silicon Valley (Did you see those ads I did for Google’s photo storage service during the Rio Olympics?).

I spend most of my time in the far north of the state—there’s a reason Siskiyou, Del Norte, and Humboldt counties boast the most sightings of yours truly. I’m particularly loyal to the tiny Humboldt town of Willow Creek, the world’s unofficial Bigfoot capital. This Labor Day weekend, as usual, I’ll ride down Willow Creek’s Main Street in the parade for the annual Bigfoot Days celebration, check in on my personal artifacts at the Bigfoot Collection at the China Flat Museum, and cheer on the competitors in the lawn mower race, the hirsute’s answer to the Grand Prix. 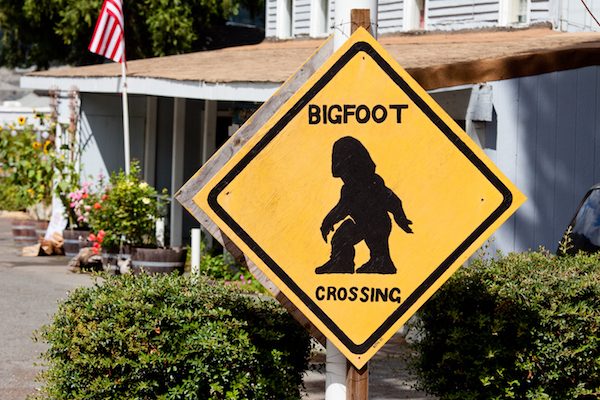 Seeing old friends in the Bigfoot community—the folks who study and obsess over me—will be fun. But I also have to confess that at times I miss the solitude and quiet I used to enjoy when I had California’s wilder areas mostly to myself.

These days, I’m encountering so many people in our state’s once-remote precincts that I can hardly get a moment’s peace. The marijuana-industrial complex is relentlessly pushing into the lightly populated regions I favor; the noise of their trucks—bringing in soil, shipping out the finished product—disturbs my sleep. And the epidemic of NIMBYism preventing Californians from building sufficient housing in urban regions is forcing more and more people to build in places near my remote haunts. Some days, the traffic on State Route 299, the main artery for those of us who haunt the lands between Redding and Arcata, can be bumper-to-bumper.

Then there’s the homelessness problem, which everyone except Gov. Jerry Brown thinks is an emergency. The homeless issue isn’t just in the middle of big cities or under freeways. I can’t walk a ridge or wade through a creek in state or federal lands without running into a new homeless encampment. People are pitching tents and trying to survive anywhere camping is legal, and quite a few places where it isn’t.

The presence of more people on hillsides and forests is adding to the risk of giant wildfires at a dangerous time. The drought has dried up waterways and turned brush and trees into kindling. And while I’m more of a coastal guy, I do enjoy roaming the western Sierra, especially in the Oroville area, but the death of millions of trees there—from beetles and drought and climate change—has made some familiar landscapes almost unrecognizable. The erosion is extreme in many wild places, including Bluff Creek, where that video was shot of me nearly 50 years ago. Californians are now running roughshod over the neck of my woods.

I find these intrusions on my wild existence so depressing that lately I’ve been cheering myself up by spending more time intruding on your cities, particularly in settings where I fit in. I caught a number of Bernie Sanders rallies in the East Bay and Central Valley earlier this year. And men are so allergic to shaving in the hipster havens of San Francisco and Los Angeles that I’ve found that, if I wear a beanie hat, skinny jeans, and custom-made sneakers, no one pays me any attention.

… we must be careful to acknowledge and respect unknown places—and hold to a healthy fear that keeps us from treading too heavily where we do not belong.

My urban forays have led me to wonder if the incursions into my once-quiet wilderness are my fault, at least in part. Californians used to be scared of the woods and wild things like me. I showed up in horror films. “In the ‘70s, Bigfoot was frigging terrifying—he was a monster who killed people,” says my friend Bobby Green, designer of the Bigfoot Lodges in Culver City and Atwater Village in Los Angeles. “When I went skiing as a kid, I was scared to death.”

But then a more accessible, even cuddly, me showed up in cartoons, funny commercials, and comedies like John Lithgow’s Harry and the Hendersons. “Bigfoot has been sugarcoated a lot over the last couple decades,” says Green. “Harry and the Hendersons was cute and funny, and now he’s selling beef jerky.” And he’s right: I’ve become a cousin to Santa Claus or the Easter Bunny. And that makes me passé, compared to more visceral mythology like Harry Potter or even “Pokemon Go.”

Michael Rugg, who has studied me since before he was a Stanford student and who now runs the Bigfoot Discovery Museum in Felton, California, has written that we seek Bigfoot at three levels: at the level of myth; at the level of actual biology, as we look to confirm reports of the living thing out there; and at the level of the paranormal, in our search for forces and things that exist but that we’re not yet capable of seeing.

That third, paranormal level can be the hardest to take seriously, but it may be the most important. One of the things that has always motivated me to keep roaming in my elusive way is the knowledge that I can help people recognize that the most important things in our world may be those things that we don’t understand, that we can’t quite see or prove. And so we must be careful to acknowledge and respect unknown places—and hold to a healthy fear that keeps us from treading too heavily where we do not belong.

I used to create that fear. I used to be scary; but these days, not so much. Now I’m running scared.