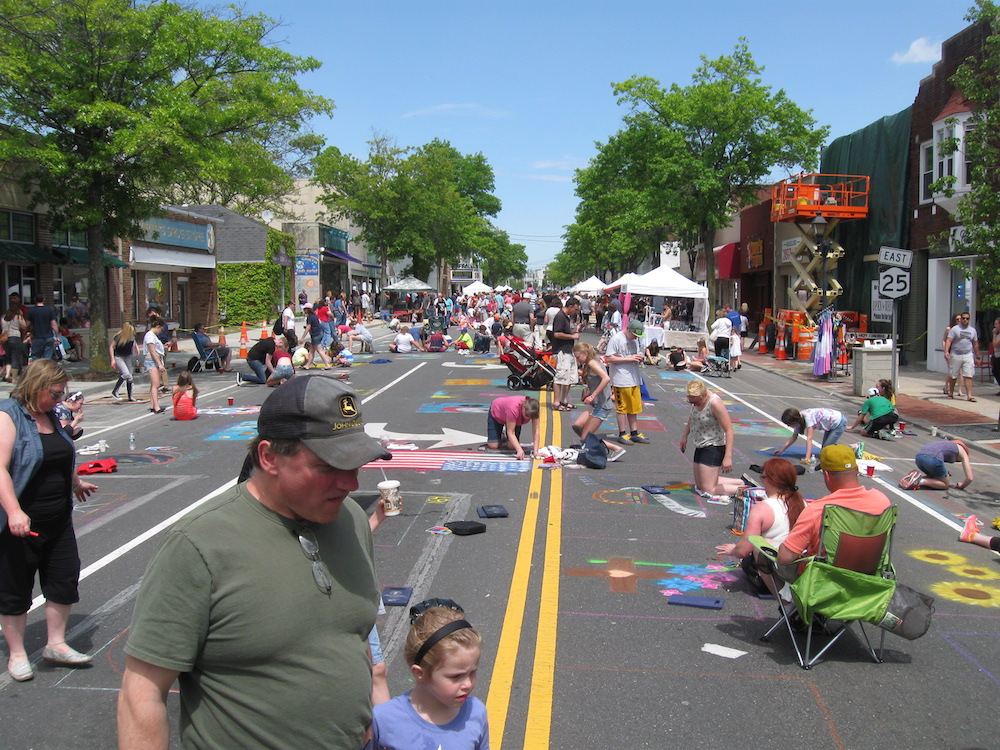 Once upon a time the pulse of America beat in its small towns. They were where you took your crops to market, met the trains that brought visits from Aunt Tilly, and danced with your sweetheart on Saturday nights. They served surrounding rural areas with schools and doctors and blacksmiths. Blending individualism and solidarity, their leaders took pride in hard work and valued religious faith.

But that was when the U.S. was still largely an agrarian society, and by the early 20th century urban opportunity was sucking the energy out of such places. After World War II agribusiness replaced family farms, big box stores killed local enterprises, and manufacturing jobs all but disappeared. Today, only about 9 percent of the population lives in places with fewer than 10,000 inhabitants. And the most notable features of many of those places are shuttered businesses and dilapidated houses.

So I was surprised and delighted to notice that, early in the 21st century, the hardscrabble Long Island village I passed through to get to my summer retreat had taken on a new look.

The tiny downtown of Greenport, New York is now graced by a grassy expanse leading down to Peconic Bay, a carousel attracting young families from “up-island” and New York City, and restaurants that attest to its status as a foodie destination. The village has undergone a transformation of the kind that most small American towns gave up on decades ago.

Its success is visible everywhere. Lovely old houses have been restored, yachts preen at the marina, and summer events include bowdlerized Shakespeare on the lawn and Monday evening dances en plein air. The annual Maritime Festival brings together old-time Greenporters—some are descendants of families who settled the area in the 1640s—and denizens of the new tourist economy. For the first time since 1950, the census of 2010 recorded an increase in population, to 2,190 full-time residents, with another 500 or so part-timers.

This revitalization has two principal sources. In the 1990s a vigorous and imaginative mayor found public and private support for a park that would anchor his vision of a revived downtown. And as his dream became reality, a new working class arrived to staff it—immigrants from Mexico, Guatemala, and El Salvador.

They found work in and around Greenport—landscaping, housekeeping, construction—and housing. Often these immigrants enjoyed the company of family members or friends from home who had preceded them. By 2010 they constituted one-third of village residents. “They’ve saved this town,” says former mayor Dave Kapell, who sparked the renewal.

“If you didn’t have the Hispanic population here in town, there would be a lot more storefronts that are empty.”

As I got to know (and interview) a number of the newcomers, I discovered that settling in Greenport offered them more than material benefits. On several levels they appreciated the peacefulness of their surroundings. For the family from El Salvador that ran a pupuseria the North Fork of Long Island was a political haven; a Guatemalan gardener was grateful to be living among fields and vineyards. Familiarity was part of the appeal. And it seemed safe. Upon arrival in the country, many people had spent time in Brooklyn or Queens—before choosing rural life because it seemed crime-free, even if, for some, the threat of deportation loomed.

Curious about small-town immigration beyond Greenport, I started to make a list of communities with fewer than 50,000 inhabitants and large numbers of foreign-born residents. I quickly concluded that, at least where immigrants have settled, rumors of the death of the small town have been greatly exaggerated. All over the country, immigrants, whether legally present or undocumented, have brought new life to towns abandoned by agriculture and manufacturing sectors.

A number of those towns are in the Midwest, especially Iowa, which is 87 percent non-Hispanic white. In Denison, with 8,390 residents in 2013, it is no longer true, as one commentator noted in the early days of the new century, that you could “nap undisturbed” on a sidewalk in the business district. Renovation of that part of town now reflects the 14 percent population increase since 2000; nearly half of the residents are Hispanic, and half of those are foreign-born. West Liberty, with 3,733 residents, up 12 percent since 2000, has the distinction of being Iowa’s first majority Hispanic community, with about one-quarter foreign-born. According to its mayor, in 2011, “If you didn’t have the Hispanic population here in town, there would be a lot more storefronts that are empty.”

While the majority of immigrants in small towns come from Mexico, with a growing presence from Central American countries, other continents are represented, too. In Dalton, Georgia, almost 60 percent of the student body in the public schools is Hispanic (most American-born children of immigrants), but there are also students from dozens of countries who speak 22 languages, according to school district officials. In Huron, South Dakota, almost 7 percent of the population of 13,163 is Asian, from Thailand and Burma.

Immigrants from India, Japan, and China have contributed to the economic recovery of Columbus, Indiana, the hometown of the 2016 Republican vice-presidential candidate Mike Pence. New tastes and cultural practices come from refugee communities, too. Ten miles from Burlington, Vermont, farmers from Rwanda and Bhutan are responding to the demand for goat meat among their fellow refugees from Africa, Asia, and Eastern Europe.

Adapting to the needs of immigrants in small towns presents some challenges. English as a Second Language teachers are expensive additions to the budgets of small school districts. Native-born citizens (including police officers) of small towns usually have little exposure to the languages and customs urban residents encounter in daily congress. Complaints about immigrants butchering animals in the backyards of Dalton or drying fish on the clotheslines of Huron are typical of neighborhood tensions. And residential crowding—families doubling up to save money and find companionship—is a general concern, as it is in cities.

But the process of adjustment to the new demographic reality in many small towns is proceeding much as it did in more traditional urban environments during the last immigrant wave a century ago—with the acquisition of English, the discovery of economic opportunity, and the rising of the next generation of Americans.

It is, of course, too much to think that an influx of immigrants can reverse the decline of the American small town or that small towns are the answer to the manifold challenges of immigrant integration. But some communities are no longer places to leave—just ask those who have recently arrived.