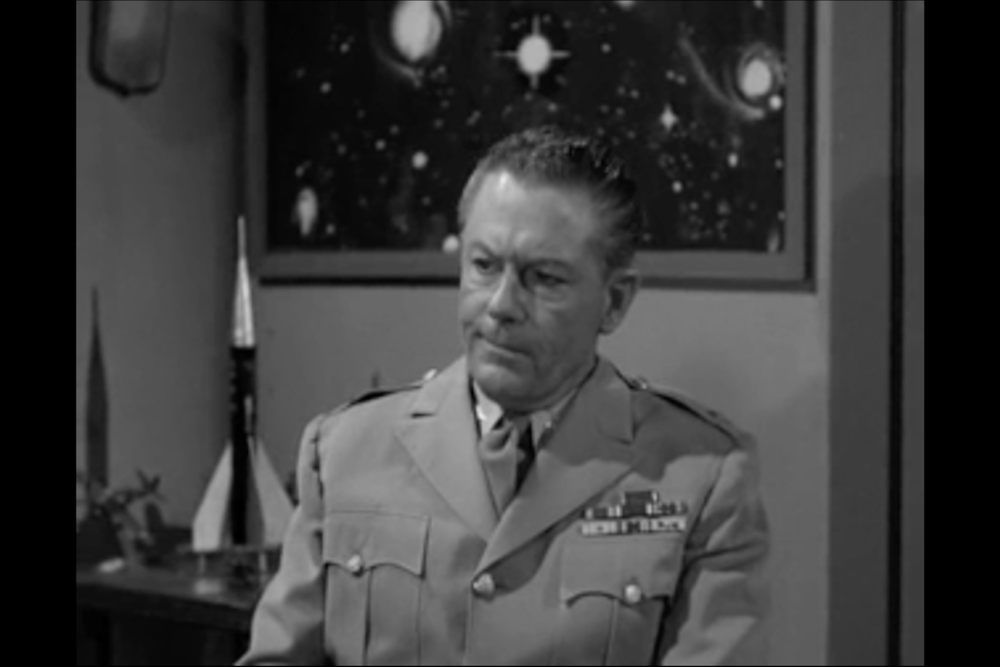 On May 25, 2015, a radio telescope in Zelenchukskaya, Russia, picked up a signal coming from star HD164595 in the Hercules constellation. We don’t know much about this star located 95 light years from Earth, other than that it resembles our sun in temperature, age, and composition, and has at least one planet in its orbit.

The signal, which only came to public attention in late August, may be a product of interference from Earth or have some other non-alien origin—it’s only been observed once, for four seconds, at a single location. Even though the Search for Extraterrestrial Intelligence believes the signal to be from Earth and says the likelihood that it is an extraterrestrial attempt at contact “is not terribly promising,” the imagination runs wild—maybe aliens are reaching out to us, perhaps the Kremlin is in cahoots with them, or maybe this is more evidence of governmental cover-ups and conspiracies.

The lack of verifiable evidence of extraterrestrial intelligence forms the basis of the Fermi Paradox. Given the high probability of intelligent life elsewhere, based on the billions of sun-like stars in the Milky Way (not to mention other galaxies), and the likelihood that planets orbit at least some of these stars, and life exists on at least some of these planets, the silence seems strange. In 1950, physicist Enrico Fermi reasoned that aliens should have already contacted Earth, leading him to ask, “Where is everybody?” Nicola Tesla suggested using radio waves to look for alien life in 1896 and we’ve been looking ever since. Perhaps intelligent life isn’t common in the cosmos or is still too far away. Perhaps aliens have visited Earth without our knowledge. Or perhaps aliens have intentionally kept their distance.

But what would happen if this signal were proven to come from intelligent aliens? To call it a game changer is an understatement. What would we do? How would we react? Regardless of what this signal turns out to be, it’s also worth thinking about why aliens might attempt to contact us and what they might have already picked up from our transmissions.

… what would happen if [a] signal were proven to come from intelligent aliens? To call it a game changer is an understatement. What would we do? How would we react?

Science fiction offers countless thought experiments in response to these questions. In these stories, the knowledge that humans aren’t alone in the cosmos often causes society to unravel. The discovery of intelligent extraterrestrial life would shift paradigms, particularly within certain religions, political systems, and cultures, and those shifts would be messy. Some people might flee or fight, while others welcome an alien species. Perhaps most of all, sci-fi suggests that a signal from an alien life may threaten humankind—not because of anything the ETs might do, but because of the way such a game-changing encounter would highlight and exacerbate existing divisions within humanity, forcing open those cracks. We can’t control what actions aliens might take or what motives might bring them to Earth, but three stories—two novels and one movie—offer compelling guidance about how humans themselves should react to signals from space.

In Close Encounters of the Third Kind, UFOs abduct people, cause electrical disturbances, and attempt to communicate with humans using via a five-note melody. Throughout most of the film, the government denies these occurrences, positioning itself as the voice of reason and authority in the midst of chaos. In one of the film’s most famous scenes, Richard Dreyfuss’ character uses mashed potatoes to construct an image he can’t get out of his mind. His obsession alienates his family, but eventually leads him to Devils Tower, where the spaceship lands. The ship releases people who had been abducted or had gone missing years earlier, all of whom appear both unharmed and unaged, and the aliens appear peaceful and non-threatening.

While it’s never entirely clear why the aliens abduct humans, their benevolent nature suggests curiosity, and since it can no longer deny their existence, the government sends 12 officials to board the ship, but in the end, the aliens permit only Dreyfuss to accompany them to their home world. As in Spielberg’s subsequent film E.T., the aliens aren’t the villains—if anything, the government that chooses not to believe its citizens and to withhold the truth is. The aliens underscore this point by opening their doors only for a true believer, as though humans must prove themselves worthy of aliens, rather than the other way around.

In Carl Sagan’s 1985 novel Contact, humans receive from the star Vega a transmission consisting of prime numbers, which astronomers eventually decode into a visual message—Adolf Hitler commencing the 1936 Olympics in Berlin. The Vegans had been monitoring adjacent planetary systems and sent back the image of Hitler—the first indication of intelligent life (oh, the irony) from Earth that the aliens were able to pick up. They beamed the message back in receipt. “What are they going to think of us?” wonders astronomer Ellie Arroway, worried about Hitler serving as Earth’s “ambassador.”

Later, one of the Vegans—a simulacra of Arroway’s father—explains why they made contact upon receiving the broadcast:

The picture, of course, was alarming. We could tell you were in deep trouble. But the music told us something else. The Beethoven told us there was hope. Marginal cases are our specialty. We thought you could use a little help. … You’ve got hardly any theory of social organization, astonishingly backward economic systems, no grasp of the machinery of historical prediction, and very little knowledge about yourselves. Considering how fast your world is changing, it’s amazing you haven’t blown yourselves to bits by now. That’s why we don’t want to write you off just yet.

Imagine what extra-terrestrials would discern about human civilization if they detected one of our transmissions. What would they pick up? BBC broadcasts? Talk shows? Fox News? Cartoons? What would they conclude about humanity based on those glimpses of our culture?

Before he wrote Contact, Carl Sagan chaired a committee tasked to decide what to include on the “Golden Record,” a copper disc carried by the Voyager spacecraft launched in 1977. (Voyager 1 is now beyond the solar system.) The Golden Record contains 115 images and sounds, including music, animal calls, greetings in 55 different languages, human brain waves, and images of DNA, the Solar System, maps, humans, and wildlife. This carefully curated time capsule could serve as a helpful introduction to the human race—depending on who or what receives it.

Might aliens determine, based on our signals, that they don’t want contact with earthlings? Might they see them as a call for help? In Liu Cixin’s 2008 book The Three-Body Problem, a disillusioned astrophysicist transmits a message into outer space asking for assistance. The message is picked up by the Trisolarans, aliens looking to settle a planet with a stable orbit. The responder warns that its race will invade Earth, but the astrophysicist figures nothing could be worse than the havoc humans have wrought on the planet, so she persists. Some humans plan defense strategies, while others welcome the alien overlords. These opposing factions spend centuries attempting to outwit one another, each trying to save Earth.

In Contact, Sagan also explores the fracturing of the human race in the aftermath of the discovery that humans aren’t alone. International politics become a free-for-all, as astronomers from around the world work to harness and decode the signals amid fears that countries with tepid relationships with the U.S. might withhold or alter data. America and Russia compete to build the spacecraft depicted in the transmitted blueprints. International debate rages over who will comprise the five-person crew and countries trade seats for other privileges. The heightened tensions culminate in the bombing of the first craft and crew, for which dozens of international political, religious, and military organizations take credit. The schism between science and religion manifests in distrust. Arroway consults a religious leader who asserts that the “scientists and the politicians and the bureaucrats are holding out” on and deceiving them. “Do you want people like that to decide the fate of the world? … Do you want a pack of unbelievers to do the talking to God?” he asks.

Sagan brings up a good and difficult question that could easily get lost in the furor over proving the origin of an extraterrestrial signal. Who should serve as ambassadors for the human race in the event that aliens want to communicate?

Close Encounters, Contact, and The Three-Body Problem offer answers here. They suggest that the curious and open-minded humans make the best liaisons. Our earthly ambassadors should be people who embrace the unknown, believe the impossible, and who don’t shy away from the crucible of alien contact despite its dangers. Perhaps it’s a moot point—we may have unwittingly picked our intergalactic liaisons already. The prospect of intelligent life requires that we consider our legacies not just on Earth, but throughout all space and time, just in case.