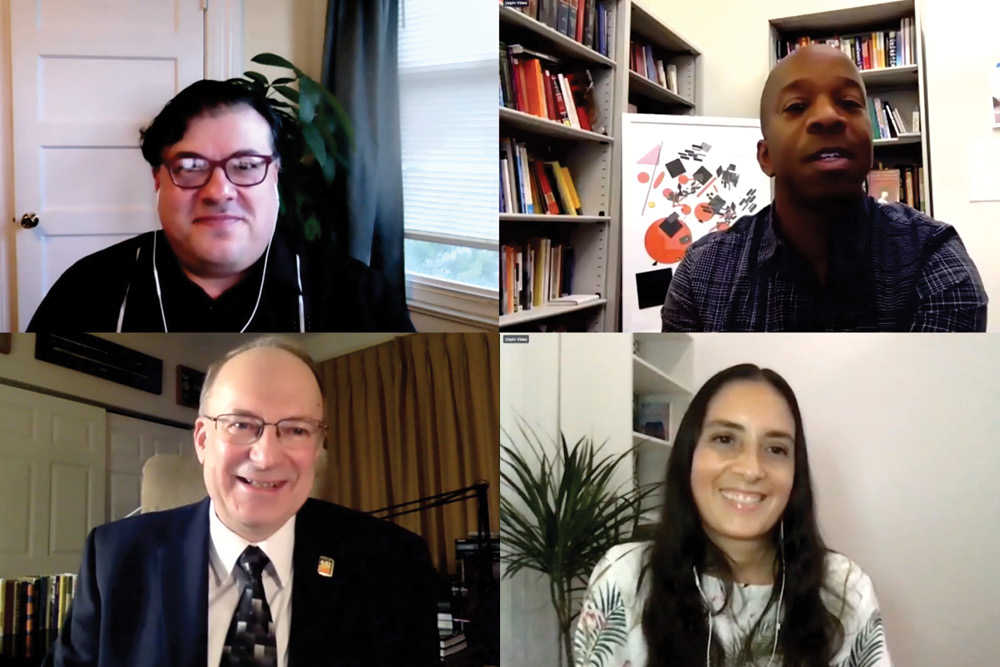 Happy 100th birthday, Ray Bradbury. But did you have to be so right about our world?

There were no candles and no cake on the YouTube or Twitter livestreams during a virtual Zócalo/Fowler Museum at UCLA event with ZYZZYVA, held to honor the late writer’s August 22, 1920 birth. But a lively panel of writers and scholars delved into Bradbury’s literary visions of the future, and the insights and warnings they still provide for humanity.

One of the most common pieces of advice given to new writers is “Kill your darlings.” The Australian writers Jay Kristoff and Amie Kaufman have turned this advice on its …

Rightly or wrongly, we tend to speak of science fiction authors as prophets: We’re delighted to find that Philip K. Dick inveighed against the internet of things half a century …

On May 25, 2015, a radio telescope in Zelenchukskaya, Russia, picked up a signal coming from star HD164595 in the Hercules constellation. We don’t know much about this star located …

Neal Stephenson is the author of the three-volume historical epic “The Baroque Cycle” and the novels Cryptonomicon, The Diamond Age, Snow Crash, and Zodiac. Before discussing the relationship between science …

Annalee Newitz is editor-in-chief of io9, a website that covers science and science fiction, and author of Scatter, Adapt and Remember: How Humans Will Survive a Mass Extinction. Before moderating …