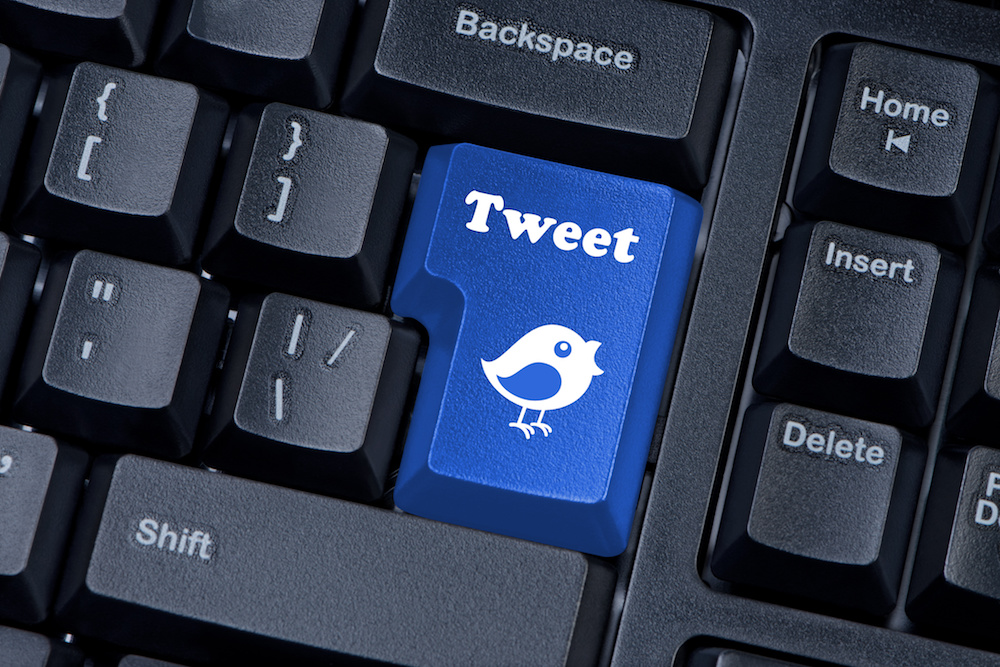 Social media has raised tricky questions that judges are beginning to try to answer. It’s been found possible to violate a restraining order by becoming an unwanted Instagram follower, or liking or tagging a Facebook post. In another instance, an American plaintiff was permitted to serve notice of a lawsuit against a foreign defendant through a tweet.

But what about crimes of violence? Could someone commit criminal assault with a tweet? The question arises in the recent discussion by journalist Kurt Eichenwald of the Twitter threats he has received from Trump supporters. After Newsweek published his story investigating the complicated relationships the Trump Organization holds with foreign governments and business interests, Eichenwald received numerous responses on Twitter, many of them not only critical but threatening. One stood out, leading Eichenwald to write a new article. The tweet (since deleted) referred to Eichenwald’s epilepsy and included an embedded video. When Eichenwald played the video, he writes, he instantly identified it—complete with flashing lights and images—as an epileptogenic, or seizure-triggering, video. He dropped his iPad as soon as he recognized the video’s characteristics.

Trump supporters have sent death threats, mockery, and anti-Semitic imagery to journalists asking questions about Donald Trump’s finances, taxes, charitable giving, and ties abroad. The First Amendment doesn’t apply to Twitter, a private company, but many of these disturbing tweets could be analogized to protected hate speech. (And “true threats” can nonetheless be prohibited under the First Amendment.) Nearly all of them probably violate Twitter’s own terms of service.

In the case of the epilepsy triggering video, however, the person who trolled Kurt Eichenwald may have committed criminal assault.

In the physical world, most states define the crime of assault as either 1) the attempt to commit a battery (an unlawful application of force to another person), or 2) the intentional creation of a reasonable apprehension of imminent bodily harm. If A points a loaded gun at B, that qualifies as a criminal assault under the first definition. If A points an unloaded gun at B and succeeds in convincing B that he is about to be shot, that is also an assault under the second definition. Mere words, such as a verbal threat alone, usually do not constitute a criminal assault. But words by themselves can be a weapon in the right circumstances. In one influential legal commentator’s example, if A tells B, a blind person who is walking to a cliff’s edge, to “keep going” and B nearly falls over the edge, that’s an assault.

Trump supporters have sent death threats, mockery, and anti-Semitic imagery to journalists … The First Amendment doesn’t apply to Twitter, a private company, but many of these disturbing tweets could be analogized to protected hate speech.

The Trump troll did more than send a verbal threat. The seizure-causing nature of the embedded video seems to have been intentional, not accidental. When reports surfaced in the 1990s that some video games with flashing lights were triggering seizures, no one suggested that these videos were intentionally designed to do so. But this is different: Eichenwald has been open about his epilepsy, and the tweet appears to have been intended specifically for him to view rather than a general tweet complaining about him. The tweet no longer exists, but Eichenwald’s statement that he “received” the tweet suggests it was posted to his @kurteichenwald Twitter handle. The entire point of the tweet, it seems, was either to cause harm to Eichenwald or to make him fearful. Whether Eichenwald actually suffered a seizure—which doesn’t seem to be the case—is irrelevant.

Had this Twitter troll walked up to Eichenwald and pointed what appeared to be a loaded gun at the journalist, most would agree that the troll would be guilty of assault. Had the troll walked up to Eichenwald and surprised him with a tablet displaying the video, the result would likely be the same. After all, not all weapons are guns. It’s the same thing with the tweet—the distance does not change the analysis. For instance, the intentional hacking of a networked connected medical device, like an insulin pump, resulting in a person’s death would be criminal homicide even if the perpetrator were hundreds of miles away.

Finally, a separate question raised by Eichenwald’s troll is whether Twitter itself faces any potential liability. Section 230 of the Communications Decency Act provides broad protection from civil liability to online intermediaries for the content posted by third parties. Specifically, Section 230 states that no “provider or user of an interactive computer service shall be treated as the publisher or speaker of any information provided by another information content provider.” Such legal protections permit services like Facebook, Twitter, and Craigslist to avoid being shut down for any of their user-generated content. That protection, of course, doesn’t free influential platforms like Facebook or Twitter from social and political pressures to protect its members from abusive or intimidating comments.

What is clear, however, is that the existing tools of criminal law probably do address a tweet likely intended to harm its recipient or to create a reasonable apprehension of fear in him. That doesn’t speak to the likelihood of prosecuting the troll, which may be low. But it does mean that the law continues to be flexible enough to identify social harms that seem novel but harm people in familiar ways, whether it’s murder by a hacked driverless car, or assault by tweet.