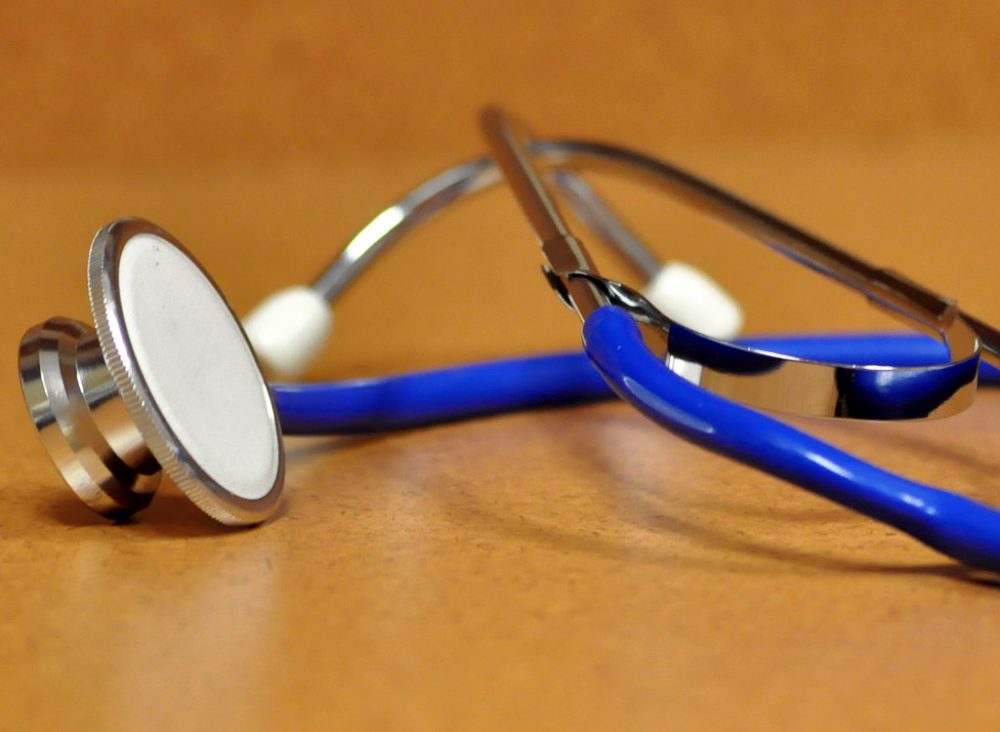 I come from heart attacks the way some people come from farming families. If not a proud lineage, ours is sure a vast one. It cost me both parents—my dad had two at 50 and lived another 25 years, but my mom’s killed her outright at 52—three uncles, both grandfathers. There have also been two mitral valve transplants, two abdominal aortic aneurysms, and more bypasses than I can honestly recall.

All of this came up recently, when for the first time in many years I enrolled in
Medi-Cal Insurance, courtesy of the Affordable Care Act, at 46. I am not alone in being newly insured in California. In the past few years, 3.4 million Californians have gotten coverage through Medi-Cal and Obamacare. There are millions like me, but when I was uninsured I didn’t feel like I was part of a group, I felt very alone. Strangely, being insured has not felt entirely normal or comfortable either: Experiencing something so many people are used to felt foreign to me. For one thing, I had to come face to face with my own heart.

Getting seen was easy. I was set up with a nurse practitioner, a friendly woman who zipped in with a laptop, then cringed and recoiled when I ran off just a portion of my family medical history. She turned me loose on a series of appointments that felt like one of those old cartoons where a gear-laden machine is whirring and clanking while Raymond Scott’s “Powerhouse” theme plays. A mammogram so fast and efficient I barely realized it was happening (though I saved the little stickers they put on my nipples as a souvenir), blood work (Anemic! Do not pass go! Have more blood drawn and take iron!) and a full physical. Whew!

Given my history, I was then quickly dispatched to a cardiologist. I was both frightened that he might find something terrible and slightly optimistic that it might be fixable if only because I’m still alive.

Physical health wasn’t something I gave much thought to until my mother died; while she was diabetic, a smoker, and a fan of kielbasa and cheese omelets, she was also trim and fairly active. When she died I was morbidly obese, a description I loathe and say loudly in a bad John Houseman voice. I spent eight years worrying about it, then began strength training and lost about a third of my total body weight. I was healthier, but it didn’t allay the fear that I was genetically predestined for a similar fate.

Like the nurse practitioner, my cardiologist was also quick on his feet, but able to focus and mono-task with me, which I appreciated enormously. I told him the truth—I’d had chest discomfort lately, likely due to the severity of my anemia. I’d spent the past two years adrift, not quite homeless, while seeking a permanent home. Getting fresh food was sometimes challenging—many pizza bagels were involved. A big reason that I returned to Ukiah after trying in vain to find a new community to call home is that I can walk to everything I need, including every one of those appointments, which means getting at least some exercise every day. The cardiologist was kind and liked my odds of survival, but suggested a few tests to be on the safe side. I was convinced that the surest way to find trouble is to look for it, but also had a real fear that something portentous might turn up. We agreed a treadmill test was a good starting point.

I’d never been on a treadmill before and the day of the test I was a wreck, making nervous jokes while being prepped and laughing with a seal bark at them when nobody responded. It went well—except the monitors picked up irregular beats before and after the test, during the sonograms. (Very strange to be lying there on a table looking at my heart as it beat in real time, calmly before the test and a bit frantic after. It looked like it was trying to say something, or maybe sing.) 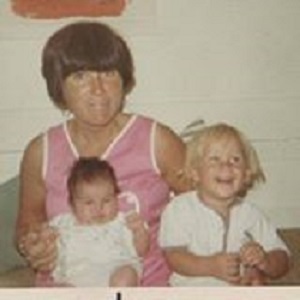 Seggel (the smallest one) with her mother and a relative.

For most of my life I have stayed healthy via a blend of common sense and voodoo. Lots of vegetables, but also regular dips into the work of Andrew Weil, Diane Stein, and Louise Hay, the New Age healer whose book Heal Your Body taught me that my recurring ingrown toenails are caused by “worry and guilt about (my) right to move forward.” I can’t argue with that assessment—I was a nervous kid with frequent insomnia and those old habits are hard to shake—but the fact remains that my toes still hurt. Whether because of magic or luck I’ve never had a medical emergency.

After the treadmill test, to provide a closer look at my irregular heartbeats, I wore an adhesive patch monitor for two weeks. It was unobtrusive but the glue was itchy, and a string of days in the triple digits melted it off entirely and forced me to lash it down with medical tape. Even if I’d wanted to ignore it I couldn’t, which meant I thought about it—and what it might be sensing—a lot. My bucket list has always been a one-item affair—survive until you kick said bucket—and that was definitely influenced by the presumption that I was sick or would be soon. The only change to my daily routine was trying to walk a little faster on errands in hopes I’d impress the monitor; beyond that, I was resigned to working with whatever it revealed.

Two weeks after dropping the monitor in the mail I found out that all is well—my irregular beats were safe, normal “reboots” to sinus rhythm, and my heart could potentially see me through to antiquity. First there was a twinge of guilt, as though I had taken time away from actual sick people. Then it gradually sunk in that things were better than expected. I still have trouble accepting this good news without skepticism.

It’s not that I enjoyed the assumption that there’s something wrong with me, but lacking much in the way of connection to my family it felt like one area where my membership would be assured. And given how grating optimism can appear, and what an actual grind it is to practice, taking shelter in a brusque fatalism was comfortably familiar, like the rituals of folding laundry or filing.

When you’re poor asking for help is also a ritual, but one that used to be much harder. Changes in the way healthcare is organized made signing up, and showing up, more pleasant than in my youth. Medi-Cal no longer tallies your visits with stickers, for one thing; it’s all on a card just like any other form of insurance, and thus much more discreet. Being on the low end of the financial spectrum has its stealth privileges, too; nobody’s trying to hustle me into a fancy full-body scan.

Things are far from ideal, though. When the hospital called to pre-register me for the treadmill test, I showed up in the system as having no coverage at all. To get to the bottom of this I had to call a county office where nobody picks up the phone and an outgoing message forbids leaving voice mail, a dead end in the maze. What now? I got around this by calling a satellite office in Fort Bragg and having them transfer my call back to the inland Ukiah office. Exactly why it worked is a mystery, but it’s likely they have fewer clients to deal with on the coast, and certain that a call identified as coming from within the system gets higher priority than one from outside.

It took a week for them to find and restore my records, and apparently I was one of many people to whom this happened. All that cancelling and rescheduling was exhausting and added to my anxiety about the test.

Over the past two years my sense of what baseline health can be has shifted. I originally moved out of Ukiah ready for a change—after nine years I had no social ties strong enough to compel me to stay, and that isolation was a terrible feeling. But when I could not find another place to go it was a former boss who put in a good word for me with my current landlord. The first time back at my favorite thrift store after a two-year absence, I was greeted like a hero home from battle. It felt funny to be remembered by people, a kindness I took to heart.

Being part of the health care system is important, no doubt; preventive care is a blessing, even when it’s not perfectly executed. But being part of a neighborhood has an immunizing effect that I feel everyday. Living here I can walk to the farmers market for fresh, local food, and to the library to scare myself on WebMD or even look things up in books. If I don’t have any strong ties, I do have several threads, a web of connections that also holds healing potential. And as I’ve come to terms with my potential vitality, I’m wondering what I may have missed while I was sitting by the phone waiting for the grim reaper to call.