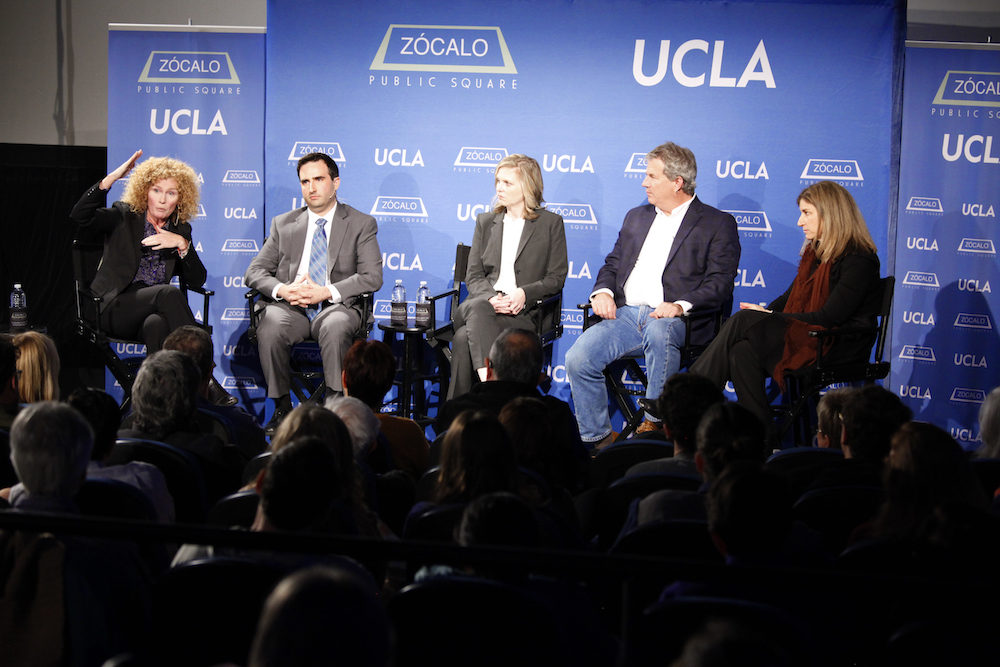 Lisa Girion, a Reuters top news editor for the Americas and the moderator of a Zócalo/UCLA panel on America’s opioid addiction problem, opened the discussion with some startling statistics. “Over the last 15 years, more than 200,000 people have died of drug deaths in this country,” most due to prescription opioids but increasingly heroin as well, she said. “20 million people are currently addicted in this country to both legal and illegal drugs. Only 10 percent of them manage to get treatment.”

What is driving this problem and how can we combat it? In front of an engaged audience at Downtown Independent on Wednesday night, people immersed in the legal, medical, and cultural aspects of this problem offered their experiences, research, and thoughts, beginning with the origins of the epidemic.

UCLA legal scholar and health policy expert Jill Horwitz, who has been studying the laws that regulate doctors, patients, and pharmacies, said that the causes are multifaceted and include the economy, addiction, bad medicine, and corrupt pharmacists.

Sam Quinones, author of Dreamland: True Tales of America’s Opiate Epidemic, pointed to two separate causes. The first is OxyContin, which was promoted as a cure-all for pain beginning in the mid-1990s. The second is that in the 1980s, heroin—which had previously come from the Far East—started coming into America from Colombia or Mexico, making it much cheaper. “It’s potent, it’s cheap, and it’s extraordinarily mortal,” said Quinones. “It is deadlier than any epidemic we’ve ever had.”

Turning to Assistant U.S. Attorney for the Central District of California Benjamin Barron, Girion asked how law enforcement is trying to attack opioids.

Barron, who said deterring corruption among doctors is a primary focus, likened stopping opioid addiction to cutting off a many-headed monster. You can stop doctors from prescribing drugs, but you still have to deal with the black market. You can stop the abuse of prescription drugs, which has plateaued in recent years, but heroin use skyrockets. At the same time, stronger synthetic drugs are coming in from labs in China and Mexico.

Many states have instituted prescription drug monitoring programs to ensure that one person isn’t getting the same prescription from three different doctors, Girion said. But is it working?

Horwitz said that her research, including a paper she co-authored in the New England Journal of Medicine on opioid use among disabled adults, hasn’t found evidence that legal interventions make much difference.

Barron, however, disagreed. “From our perspective this has made a huge difference in taking bad actors off the market,” he said, adding that the data these programs provide is vital to his work. Furthermore, “every time we get a conviction it sends a message to doctors.”

What about helping people get medical treatment?

“The gold standard of treatment for opiate addiction is medication treatment,” said UCLA Addiction Medicine Clinic Director Larissa Mooney—drugs like methadone and naltrexone that “take the place of and break the cycle of intoxication, withdrawal, chasing the high, and trying to recover from the low.”

Another much-discussed solution, especially during the recent presidential election, is stopping the flow of heroin into the U.S. from Mexico. Girion asked Quinones, would a wall have an effect?

Walls won’t work because heroin is very easy to conceal and traffic, he said. “What we really need to do it seems to me is not alienate [Mexico],” he said. “We need to be pushing them to make the kind of changes that will make that country a kind of place that people aren’t dying to leave,” which includes better systems of law enforcement and criminal justice.

The panelists also all agreed that America’s attitude toward prescription opioids needs to change. Until the mid-1990s, doctors were reluctant to prescribe these drugs to patients unless they had terminal pain or cancer, said Girion. “Doctors’ prescribing tendencies shifted,” she said. “It got to the point where doctors were prescribing opiates quite frequently for all kinds of pain, including dental extractions and short-term pain.”

Mooney recalled seeing this “dramatic” transformation take place in medical school. “Doctors were told actually that opioids for pain are both effective and had minimal risk of addiction,” she said. “We’re learning that that is not true.”

Quinones said that the change isn’t simply limited to doctors and pointed to a larger cultural shift. “We became a country that really above all wanted comfort, convenience, and a lack of pain,” he said, citing padded playgrounds and trigger warnings in college classrooms as examples. It’s also a “story about the end of community and isolation in America,” he said. The crack epidemic largely took place in public housing, in “crack houses” where people gathered; by contrast, this epidemic is taking place in private bedrooms. “This is not a story about dope. It’s a story about who we are as a country, who we are as Americans, and what we think will lead us to happiness,” he said.

Quinones called football “a gateway to heroin addiction in America.” He found, anecdotally, that athletes with injuries are often prescribed pain pills; they’re considered the cool kids at school and on campus, and thus the drugs spread.

Girion said that her reporting supported this idea. “You go from the surgeon in the hospital to your family practitioner and your rehab, and no one pays attention to how many refills you’re getting,” she said.

“This is a supply story,” said Quinones. “If you multiply [one prescription] by millions of doctor visits and millions of surgeries over a 20-year period, that’s what creates this massive supply of opiates that transitions to heroin.”

The audience question-and-answer session pulled at one thread the panelists had touched on at various points in the discussion: race and opioid abuse. Quinones had called it a problem primarily in white America, and the panelists had all agreed that unlike other drug epidemics, this one cuts across class, affecting both affluent and poor, primarily white, Americans.

Medicare and Medicaid are contributing factors, particularly in impoverished areas. But why is there a market, asked one audience member, in more affluent places?

Quinones said that it is the result of “a generation of doctors accepting the idea that these pills can be prescribed with virtually no risk,” thanks to the work of pharmaceutical companies and pain specialists. “It was a magnificent piece of marketing,” he said.

Another audience member asked if the panel thought the level of attention given to this issue would be different if it wasn’t mainly in white communities.

Barron cautioned that at least in Los Angeles, he sees opioid addiction crossing ethnic groups, a point with which Horwitz agreed.

“It’s not that people of color cannot get hurt from this, and people of color are getting hurt from this,” she said. What’s shocking is that opioid addiction has caused a massive turnaround in the life expectancy of white people for the first time in 75 years, one that’s not seen in other racial groups, she said. As to the question about attention being paid, she wasn’t sure. “We have a fairly lousy history with dealing with problems that hit some racial groups and not others,” she said. 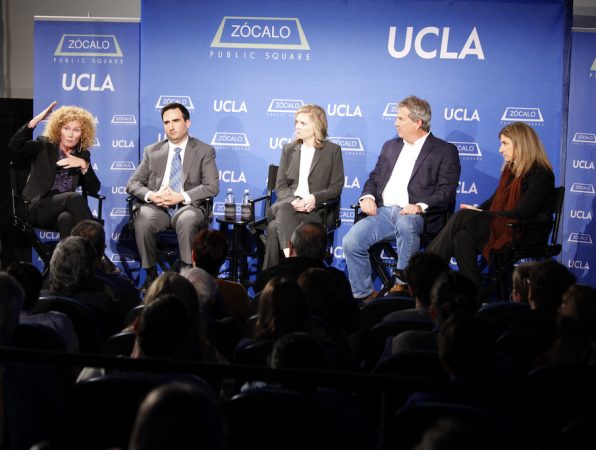 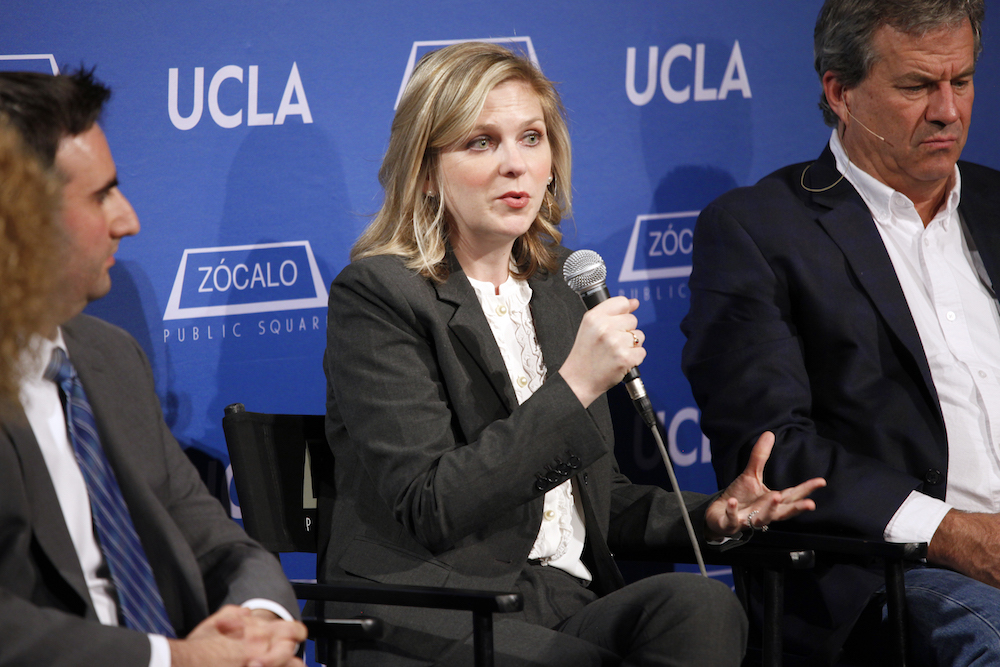 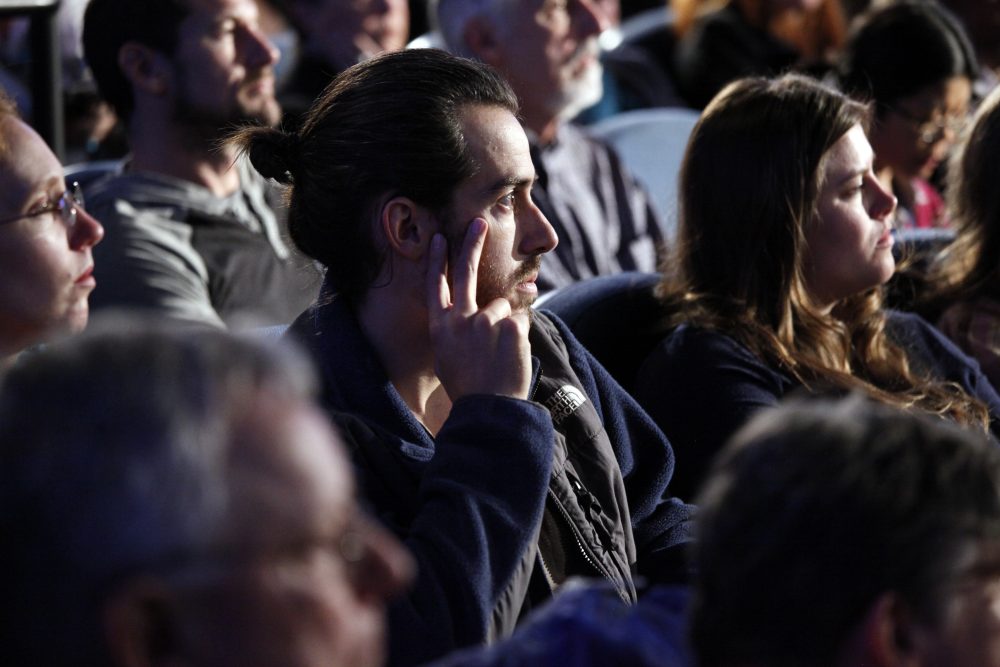 An engaged crowd at Downtown Independent 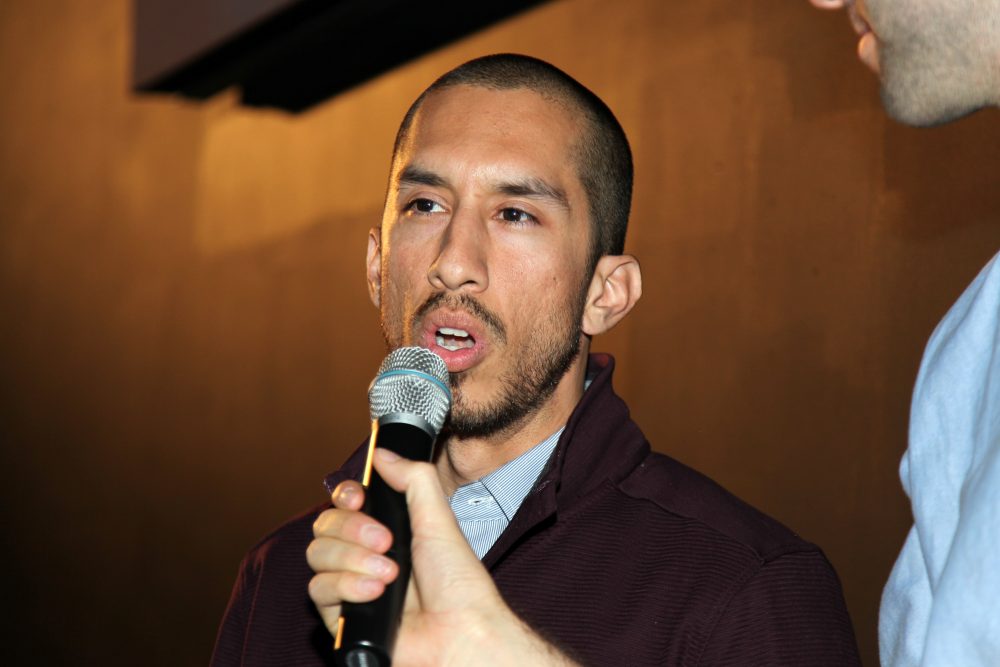 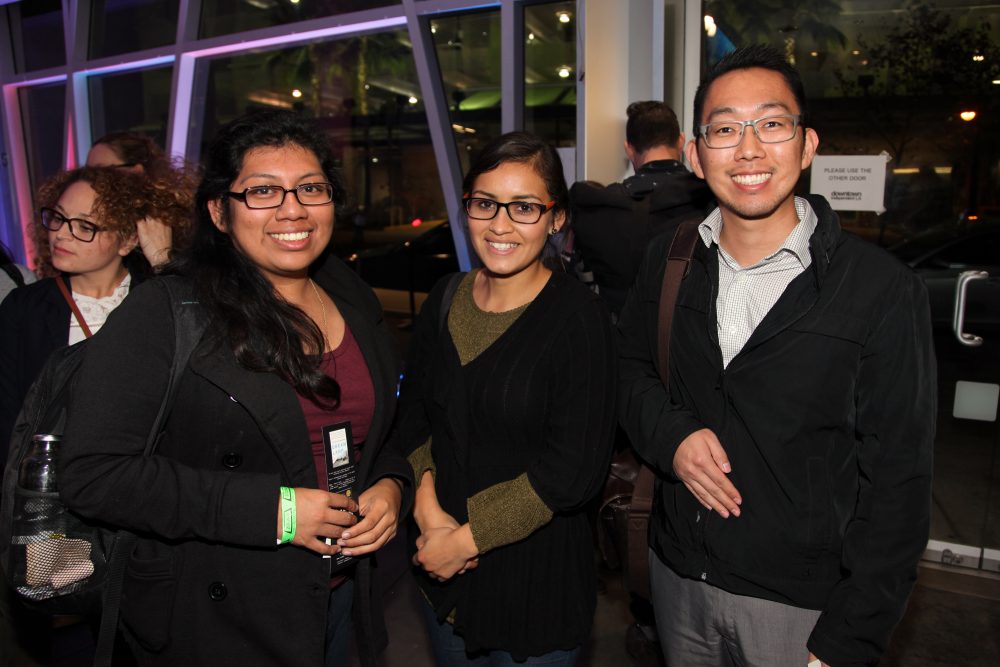 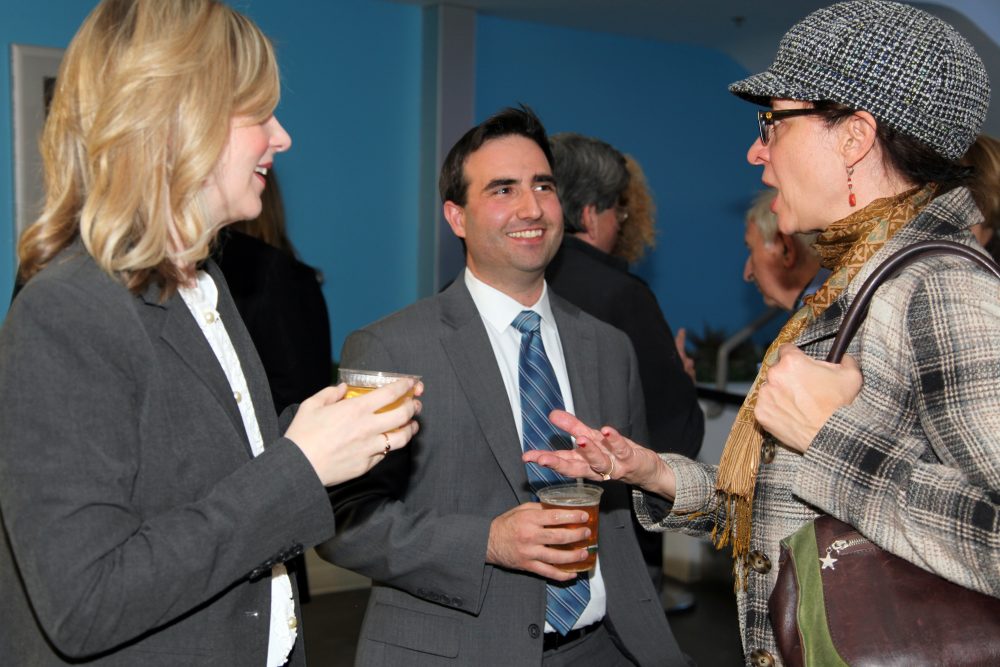 Benjamin Barron, Assistant U.S. Attorney for the Central District of California, speaks with guests at the reception