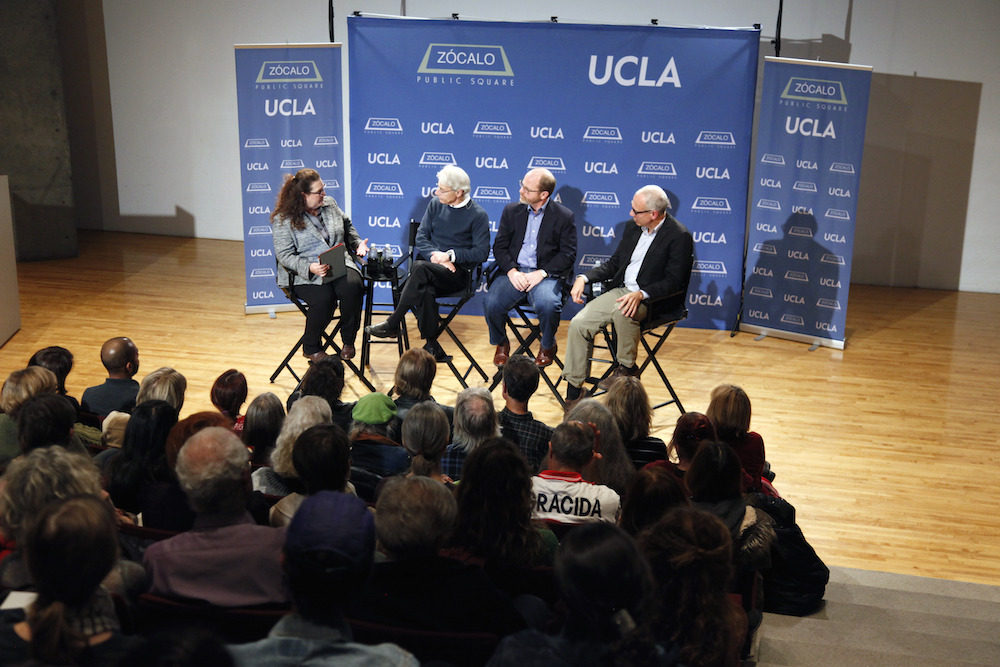 “So you know this topic isn’t controversial or anything,” joked chef and KCRW Good Food host Evan Kleiman as she launched a spirited conversation about genetically modified organisms—also known as GMOs—and their impact on food and agriculture today.

But at the recent Zócalo/UCLA event, “What’s So Bad about GMOs?”, held at MOCA Grand Avenue in downtown Los Angeles, three food and agricultural experts argued that GMOs really shouldn’t be controversial at all. Indeed, getting hung up on genetic modifications in crops might be keeping us from solving food supply and environmental problems.

“Can you in fact feed the 9 billion people we’ll have by 2050 … and how do you do that with minimal ecological impact?” mused UCLA molecular biologist Bob Goldberg. “I think the way to do that is through food science.”

Kleiman, a sustainable food advocate, asked the panel what GMOs a consumer is likely to throw in the cart during a trip through the supermarket.

“Either everything or nothing,” said Russ Parsons, former food editor at the Los Angeles Times. A shopper buying a lot of processed foods might have a hard time avoiding GMOs in corn or soybeans; one seeking just fresh fruits and vegetables might find it “impossible to find anything” genetically modified—besides a few types of zucchini and Hawaiian papaya.

After finding that many audience members in the packed house didn’t know papayas were genetically modified, Kleiman asked Goldberg for a definition of GMOs.

“Those of us who do this think all plants are GMOs,” he said, pointing out that traditionally grown crops have also had genes altered. “There’s really no difference between manipulating a gene the classical way, through breeding, or by adding a gene.” Some of the technology that allows scientists to edit genes has been around for 40 years, he said. People you know personally may be technically GMOs, because they’ve had medical treatments that alter their genes. Ingredients in the dye that colors blue jeans are also genetically modified.

Turning to Edward Parson, a co-director of the Emmett Institute on Climate Change and the Environment at UCLA who has advised the U.S. and Canadian governments on environmental policy, Kleiman asked, “How do we know that GMOs are safe?”

“You never know for sure, because you can’t prove a negative,” said Parson, who said he found it “puzzling how passionate people get about this.” The usual concerns about GMOs—that they might be unhealthy, or that they hurt the environment—have not been borne out after more than a quarter century of growing GMO crops in North America. There’s no known detrimental impact in North America compared to Europe, where people have been exposed very little to GMOs, he noted.

So why, asked Kleiman, are consumers opposed to them? How much of the discomfort with these products has to do with the businesses that created and market them—with an “economy that doesn’t respect ecology?”

“It strikes me that when people question GMOs, they have broader concerns about food and the agricultural system,” said Parson. “They seek safe food, produced in sufficient quantities to nourish the world, in an environmentally sustainable way that also sustains the people who work on it.” He expressed his support for these “great” and “valid” concerns—but added that “focusing on GMOs is a lousy proxy for those concerns.” Instead, he thought consumers should focus on other levers: environmental regulation, workplace health, and safety regulation.

Goldberg added that originally, in the 1980s, it wasn’t the large chemical companies that pioneered GMOs—it was small entrepreneurial outfits. He explained that after the government started regulating GMOs and the costs of testing the products grew, giants like Dow and Monsanto took charge. “In some respects, we created these monsters,” he said. “There’s not a place in our agricultural economy for tiny little startups.”

Goldberg noted that the GMOs on grocery shelves have undergone 10 to 15 years of testing, while conventional crops have gone through none. He might engineer a hypoallergenic peanut that would take a decade to make it to market. A breeder using traditional methods could create a hyper-allergenic peanut and have no problem shipping it out to farmers, with no oversight. “It’s screwed up,” he said.

Talk turned to the aesthetics of GMOs. Food writer Parsons said opposition to GMOs he had encountered had a great deal to do with our uneasy relationship with modernity. “One of the reassuring things in food is farmers markets—they reinforce this idea of romantic pastoralism. But it really is just a romantic image,” he said. “For people who live on farms, for everything in nature to take its course is often the worst thing.”

Parsons said his personal journey from GMO skeptic to accepting the technology (“my apostasy”) began in the 1980s, as the organic movement emerged and he saw his peers viewing agricultural technology in black and white. “The image was, you were either buying stuff from barefoot baby Jesus or you might as well have been mainlining Agent Orange,” he said. “The agriculture I saw was happening in this gray area.”

So when GMOs started making headlines, he had a little more open mind. He mentioned two hot topics in agriculture today: Roundup Ready GMO crops, which are genetically modified to be resistant to the Monsanto herbicide Roundup and are loathed by many environmentalists, and “no-till” farming, which is seen as a boon to sustainability because it reduces erosion. It turns out that it’s very difficult to go no-till without an herbicide, because avoiding herbicides means a farmer must plow—the opposite of no-till.

“It’s not accurate to think of all of these [GMOs] as being tools for degrading the planet,” Parsons said. “There’s great promise for sustaining the planet.”

Goldberg said that his lab is studying genes of plants from all over the world to find DNA that could make crops better. “I see this as an organic farmer’s dream,” Goldberg said. “Fifty years from now I doubt we’ll be spraying tons of stuff. That’s what excites me.”

Audience members weren’t entirely convinced by the panelists’ arguments, challenging the assumptions that safety tests were sufficient, or that monoculture crops weren’t a danger.

Parsons said avoiding conventionally grown food because it might provide “a 1 percent gain in vitamin K” seemed shortsighted. Studies suggest that the benefits of eating organic are marginal, he said.

“Also it’s a very privileged place to be,” Kleiman said. “It’s good to remember that. Boy, do we live in a series of concentric bubbles.” 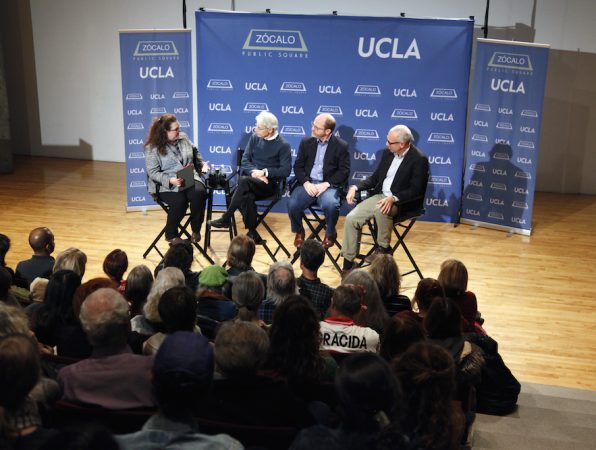 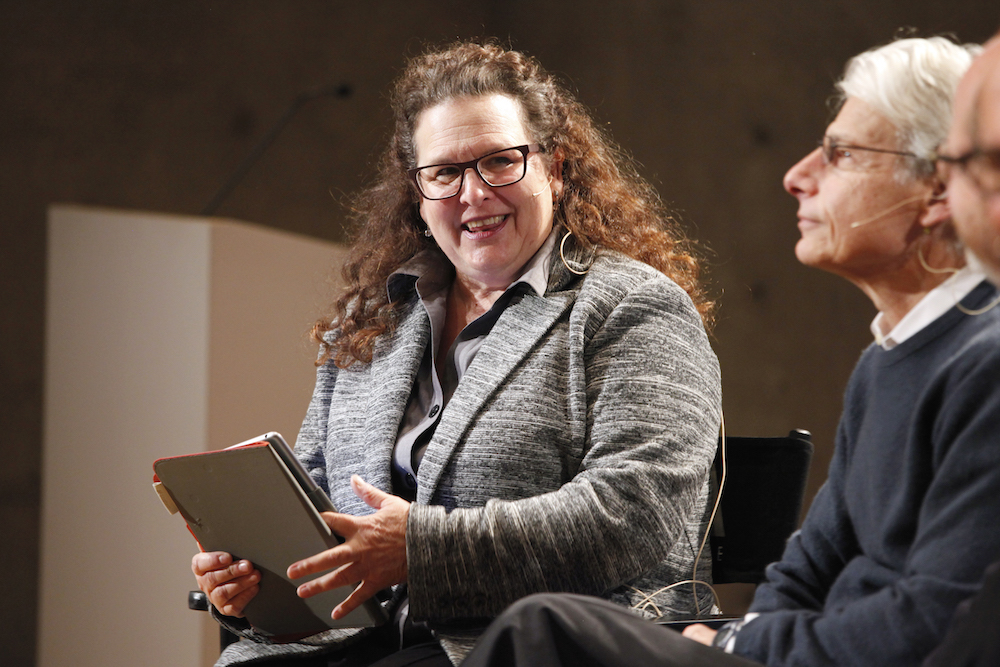 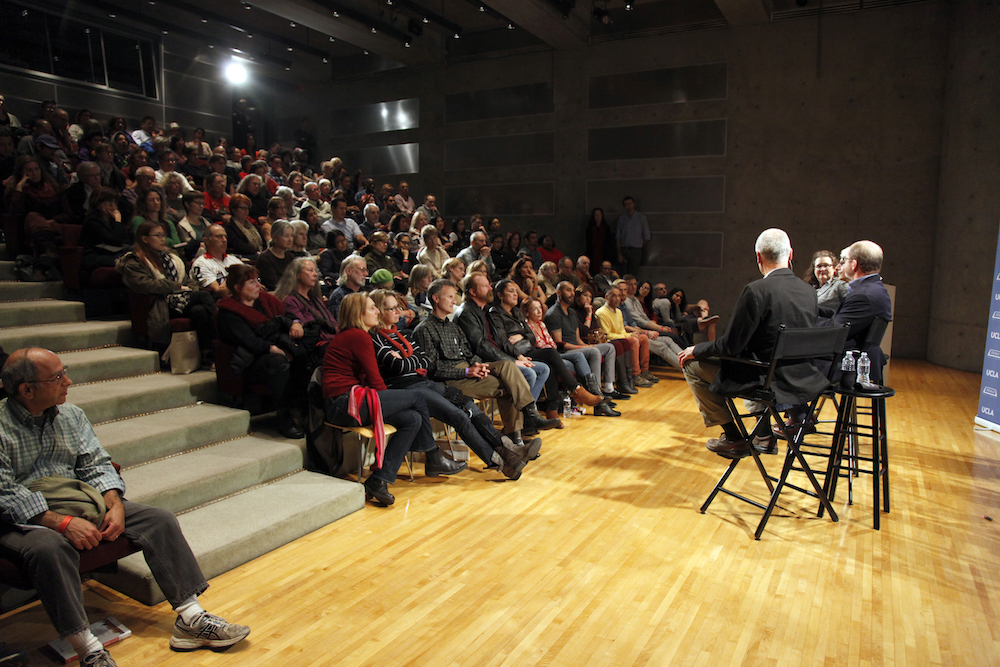 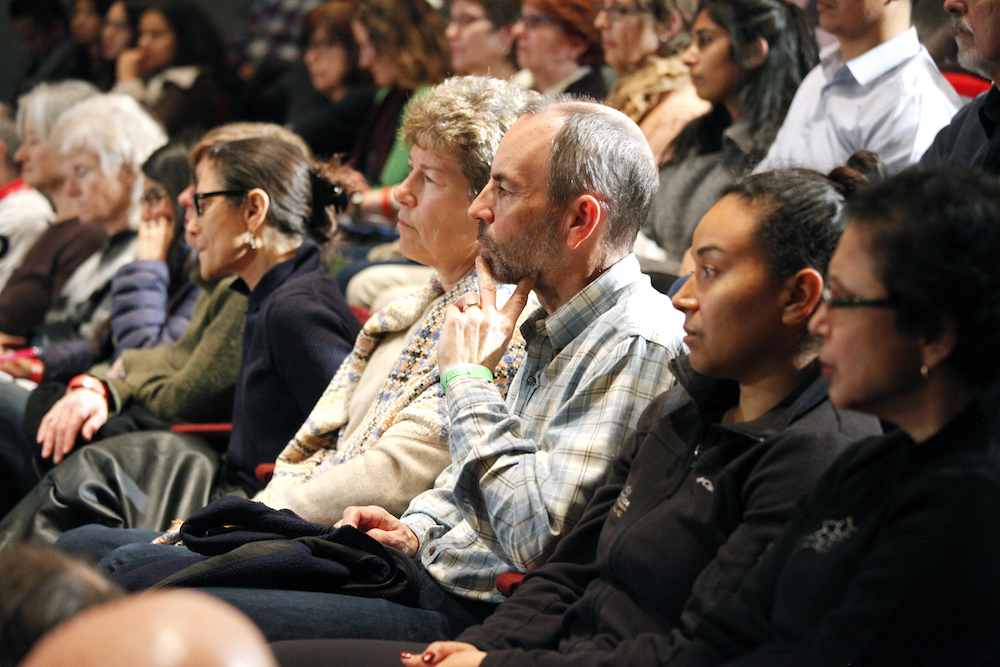 Audience members engaged in the discussion 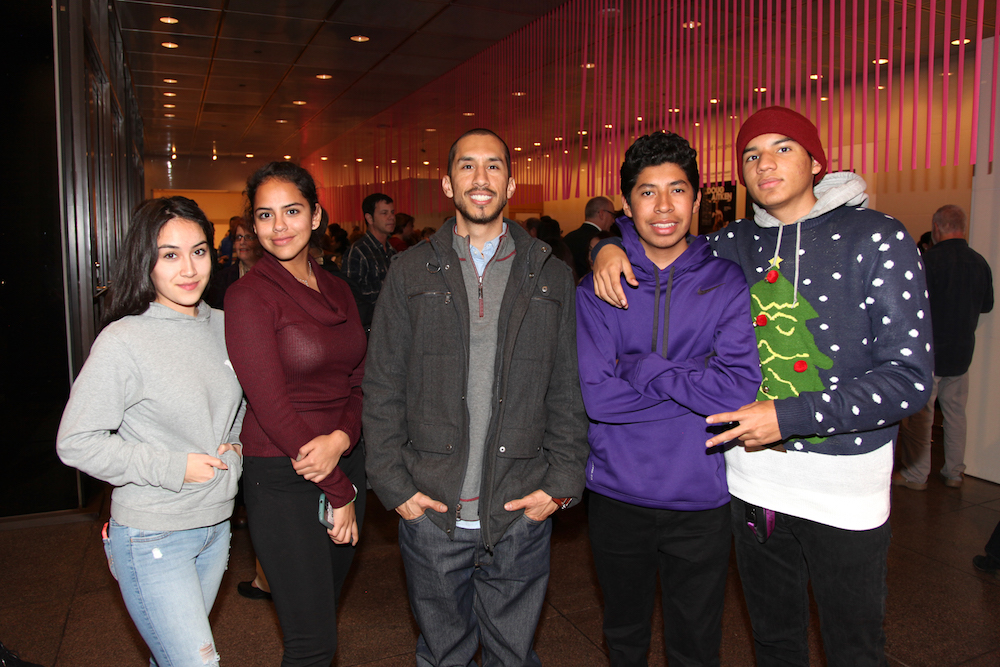 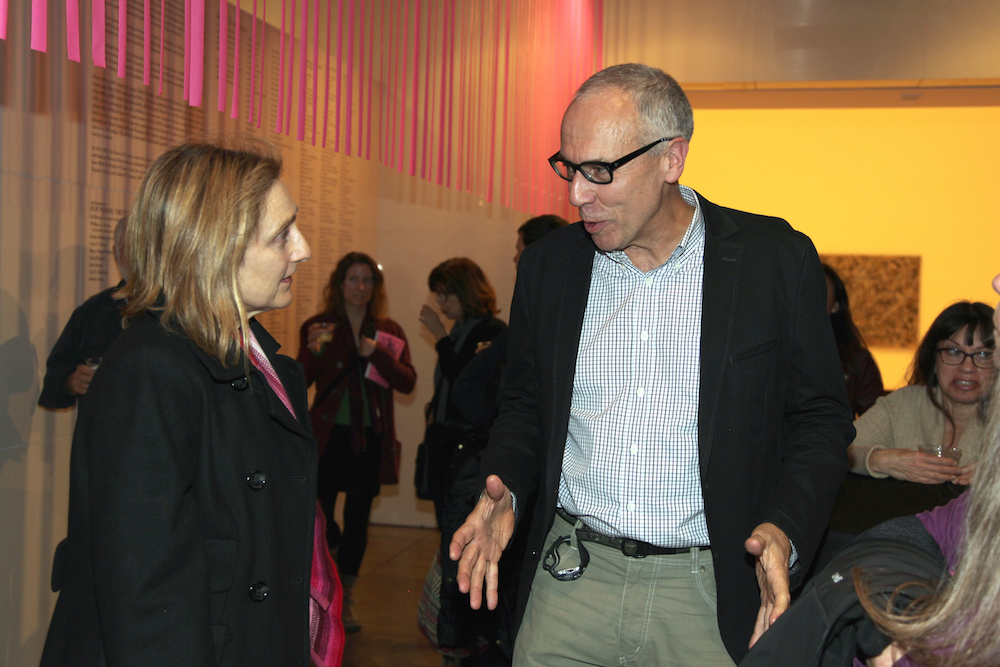