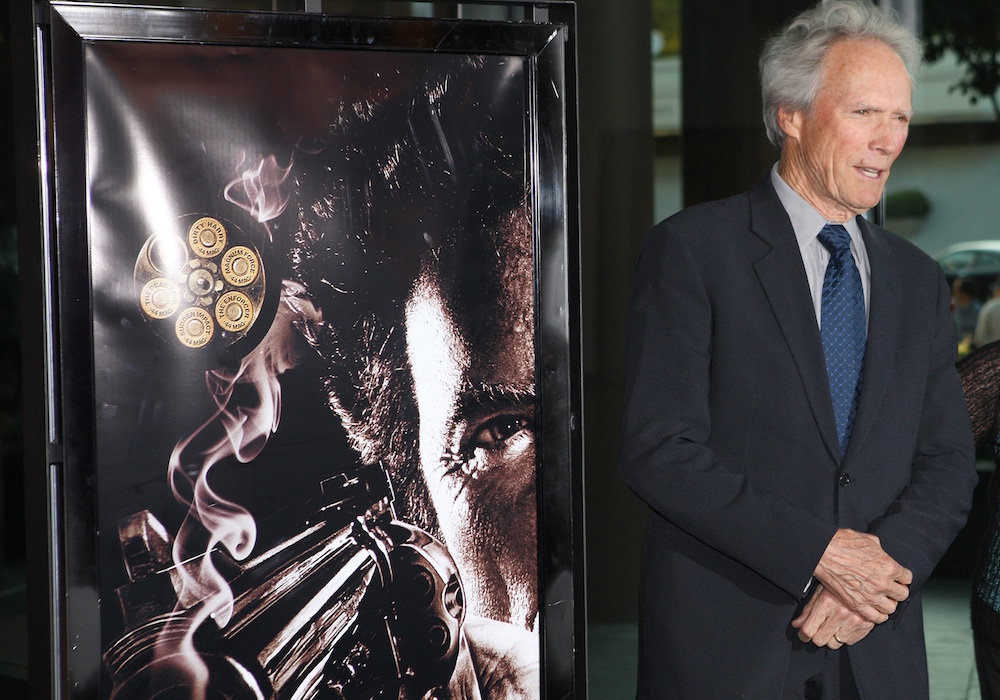 Actor and director Clint Eastwood arrives at a screening for the DVD box set release of the "Dirty Harry" film franchise in 2008 in Los Angeles. Photo by Chris Weeks/Associated Press.

She left us only recently, and already San Mateo has gotten way too leafy.

As I drove through that fine Peninsula city in the Bay Area on the way to my grandmother’s memorial service earlier this month, the plants had returned to their old arrogance. Bushes off Hillsdale Boulevard were growing far bushier than they once dared. The trees along Alameda de las Pulgas flaunted branches that hung much too low. All over the neighborhood, flowers breathed far too easily.

Frances Mathews, who passed away a few months short of her 100th birthday, was sweet, generous, and unthreatening—in almost every respect. She was a loving wife to my late grandfather, beloved mother to my father and uncle, popular public school teacher, devoted neighbor, proud alum of UCLA (where she was the only female member of the student fire brigade), leader of parenting classes, churchgoer, frequent wearer of the color purple, and such a klutz that her grandchildren called her Grandma Oops.

But, now that she is in a better place far outside the reach of the California authorities, I can speak frankly: there was a Hyde to this kindly Jekyll. Grandma Oops was a pruner, and not an ordinary one.

She was a harsh pruner, unrepentant about cutting back plants to the nub. If a bushy plant was ever so insolent as to appear in her line of vision, she would not let it go untrimmed. It never mattered if the plants were hers, or whether she had any invitation or legal right to prune. After all, property rights are an abstraction, while a branch leaning too low over a sidewalk is a clear and present danger. As a boy, I was brought along on pruning raids on Laurel Elementary and Abbott Middle schools, church gardens, street trees, and countless private homes. 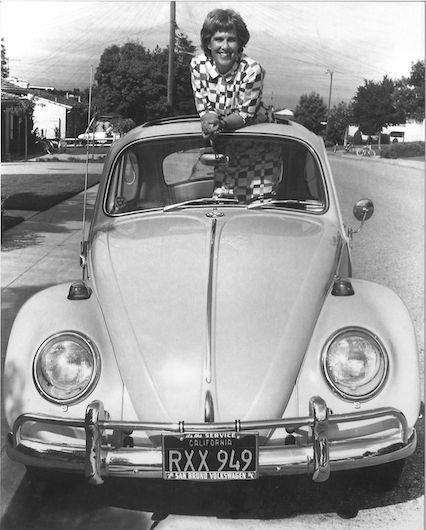 The only other Bay Area figure who ever came close to matching her vigilante’s passion for mowing down living things—damn the niceties—was Harold Francis “Dirty Harry” Callahan, the fictional San Francisco cop brought to life by Clint Eastwood in the movies. You could say Grandma Oops and Dirty Harry shared a philosophy. Give an inch to overgrowth or punks, and in no time civilization will teeter.

At my grandmother’s memorial service, her friend, the Rev. Kibbie Ruth, observed that pruning was spiritual for my grandmother, a way to get to the core of life. Because, as Grandma Oops wrote in one birthday note to me, “If you don’t prune, you can never really grow like you should.” And she erred, relentlessly and controversially, on the side of pruning more rather than less. Relatives from Los Gatos to Long Beach cried that she had reduced beloved plants to their stubs.

She was unapologetic in the face of these critics—and for a reason that should resonate statewide.

In life, cutting back is so extremely difficult that one must be a pruning extremist if you’re ever going to overcome the human instinct for hewing to the status quo. That’s true whether you’re cutting a plant or a government program.

California could sure use more of that extremism. Hollywood, in the era of Netflix, is overgrown with too many TV shows and movies we never have time to watch. Silicon Valley is a jungle jammed with pointless startups. Old warehouses across our state have been repurposed as storage facilities, for all the things we Californians accumulate but can’t throw away.

In Sacramento, our state legislature adds hundreds of new laws a year that few citizens know about, much less understand. And lawmakers rarely if ever eliminate old ones. Our tax code and budget are incomprehensible thickets of formulas and carve-outs and exemptions.

What’s worse, our state constitution, with all its guarantees and mandates, makes thoughtful pruning essentially unconstitutional. One of this year’s most important California decisions could be an anticipated state Supreme Court ruling on a challenge to the so-called “California rule,” which guarantees that public employees’ pensions can never be reduced in any way.

Lack of pruning can have huge costs, and not just in dollars and cents. At the heart of our mounting shortage of housing is thick regulatory overgrowth that makes construction overly time-consuming and expensive.

As Grandma Oops wrote in one birthday note to me, “If you don’t prune, you can never really grow like you should.”

And it may get even harder to prune properly as our state righteously fights the Trump Administration on multiple fronts. We’re so geared up to protect our people and programs that we may have little time or space to jettison those pieces of government we no longer need.

If Grandma Oops is reincarnated, I think she might come back as one of those consultants that rich people now hire to help them get rid of their stuff. As she approached the end, I marveled at how she meticulously disposed of almost everything in her small house, leaving only basic furniture and a few photo albums. I wish I had her pruning discipline. Maybe I could figure out how to work less, or to simplify our home life—currently a mad scramble of children’s classes, sports, and other commitments.

In her later years, Grandma Oops expressed frustration about one living thing that she couldn’t uproot—herself. She had lived too long, she often said, and was using too many of the earth’s resources as she hung on past her prime.

I respected her opinion, but I couldn’t agree. Sometimes in a family tree, you get one branch so special and enduring that you can hardly bear to see her go.