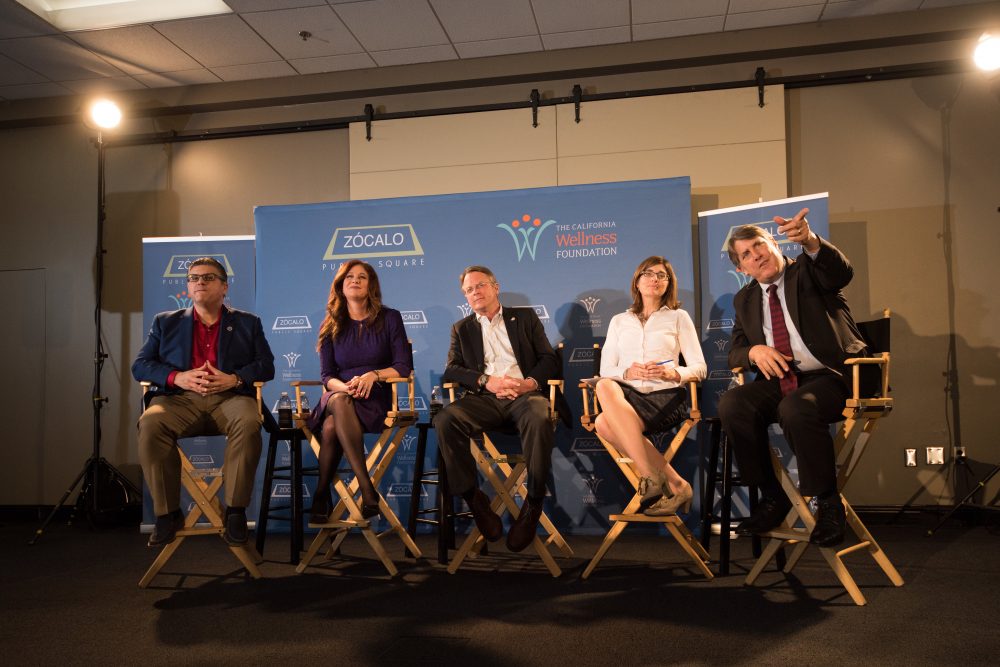 “Are we urban or are we rural?” moderator Dan Morain asked at the start of a lively Wednesday panel discussion on the future of California’s Central Valley.

“Both” was the answer that emerged over the course of the hour-long exchange among Morain, editorial page editor and political affairs columnist for The Sacramento Bee, and a panel of civic, education, and community leaders before a packed audience at the Capitol Events Center in downtown Sacramento.

The lunchtime event, co-presented by Zócalo Public Square and The California Wellness Foundation, was built around the query, “Is the Central Valley Finally Embracing Its Urban Future?” Even as the Central Valley’s population swells in cities such as Sacramento, Fresno, Bakersfield, and Stockton, and officials grapple with characteristically urban challenges like air pollution, soaring housing costs, and sagging infrastructure, California’s San Joaquin Valley still retains its agricultural roots and clings to certain elements of its pastoral lifestyle.

For example, Arnold said, developing more agricultural-based manufacturing across the Valley would be a way of “taking a strength and adding to and augmenting it.” Capturing a greater share of “value-added-income” in industries like agricultural technology will enable the Valley’s economy to “unify its assets” and “harness them to shared goals,” Arnold said.

Joseph Castro, who has served as president of California State University, Fresno since 2013, agreed that the Valley needs to build on its heritage as “the worldwide hub for agriculture,” even as it keeps urbanizing. “We should embrace our agricultural roots and invest more in that area,” he said.

Dirk Brazil, who has been Davis’ City Manager since 2014, said the region is underfunded in any number of key areas, including education and health care. Local and state governments are cautious about coughing up more money because they’re trying to figure out the spending and social priorities of the new administration in Washington.

Several panelists were raised in the Central Valley, or have lived there for decades, so they were personally familiar with the complexities of its rapidly changing character. Moderator Morain introduced the topic of the region’s mass transportation shortfall and the desirability of high-speed rail by asking how many panelists had driven by car to the gathering. Everyone, as it turned out.

Gayle Garbolino-Mojica, who’s serving her third term as the Placer County Superintendent of Schools, and who said she arrived in her electric car, noted that high-density traffic in places like the Lincoln-Roseville-Rocklin corridor, where State Route 65 meets I-80, can cause bottlenecks that bedevil commuters and school-bound students.

Brazil said that California state officials and legislators must produce a comprehensive transportation plan and a bill to match, since individual cities lack the resources to prop up a strained transportation network all by themselves. That’s also important for forging ties between the Valley and adjacent high-job-growth regions like the Bay Area and Silicon Valley. “We would love to see Facebook spin off a division that’s based in Davis,” he said.

Meeting the Valley’s growing educational demands was a recurrent theme. Garbolino-Mojica said that a fair proportion of her district’s students go on to college; after graduating, some move back to the area and are able to find work locally with Sutter Health Care and other major employers. She stressed the need for more educational investment, including in public-private partnerships, and for more innovation in creating educational training programs.

Castro said that 70 percent of Cal State Fresno students are first-generation to college, and 60 percent receive Pell grants. The vast majority of students rely heavily on public transit, namely buses. “The difference between going to college and not going to college may be transportation,” he added.

Some of those students’ parents are migrant farmworkers, both documented and undocumented, and audience member Vanessa Richardson asked the panel how agriculture’s dependence on migrant labor factors in the Valley’s future.

City Manager Brazil said that shifting federal immigration policies will heavily impact local wineries and other labor-intensive industries, and also will have “a huge impact” on the movement of visiting scholars and international students at UC Davis. “There’s a lot of tumult and confusion on campus right now,” he said.

Morain brought the discussion full circle to whether the mega-region, somewhat monolithically known as the Central Valley, could cooperate across its many municipalities. The panelists concurred that it was necessary for communities to recognize their mutual inter-dependency even more in coming years.

Arnold said that regional jurisdictions will “have to attend to their own knitting” and take care of their own problems, but also work together to permit jobs, dollars and workers to flow across counties. As a resident of Davis, she said, she’d like to see any job stay in Davis. But she’d rather have it go somewhere else in the Valley than go to Austin, Texas. 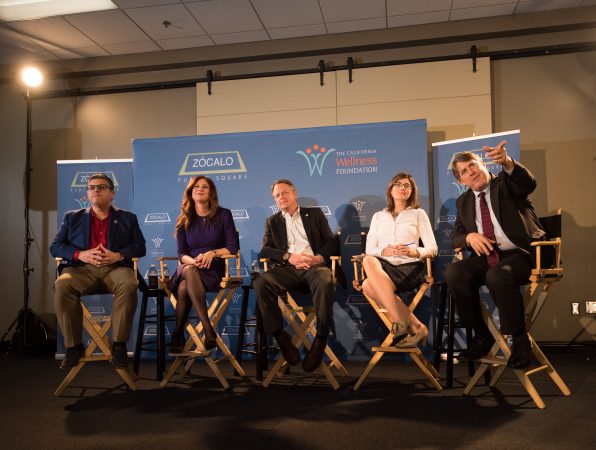 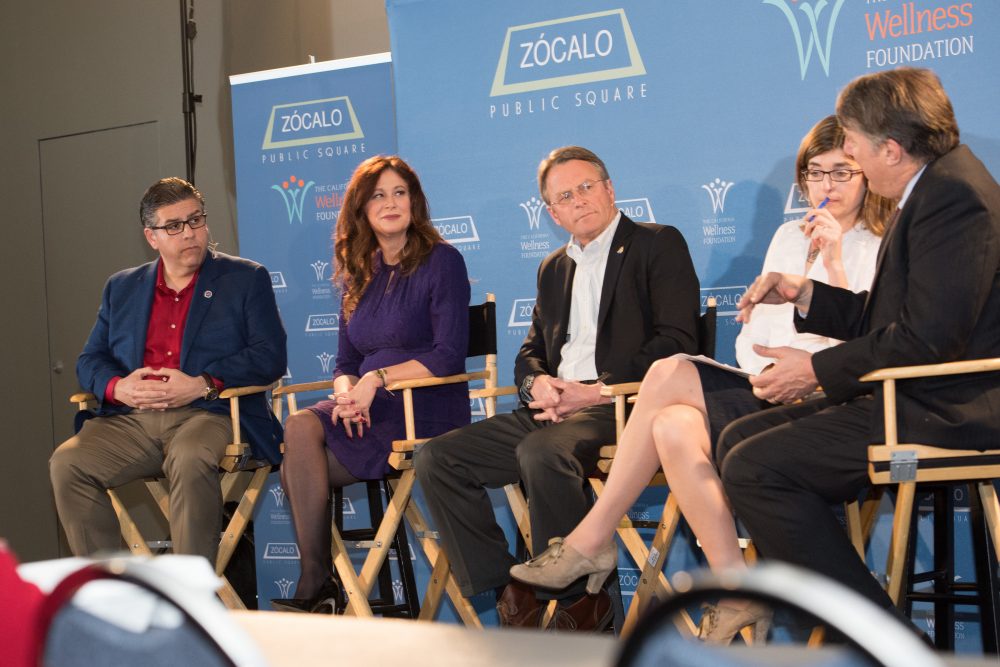 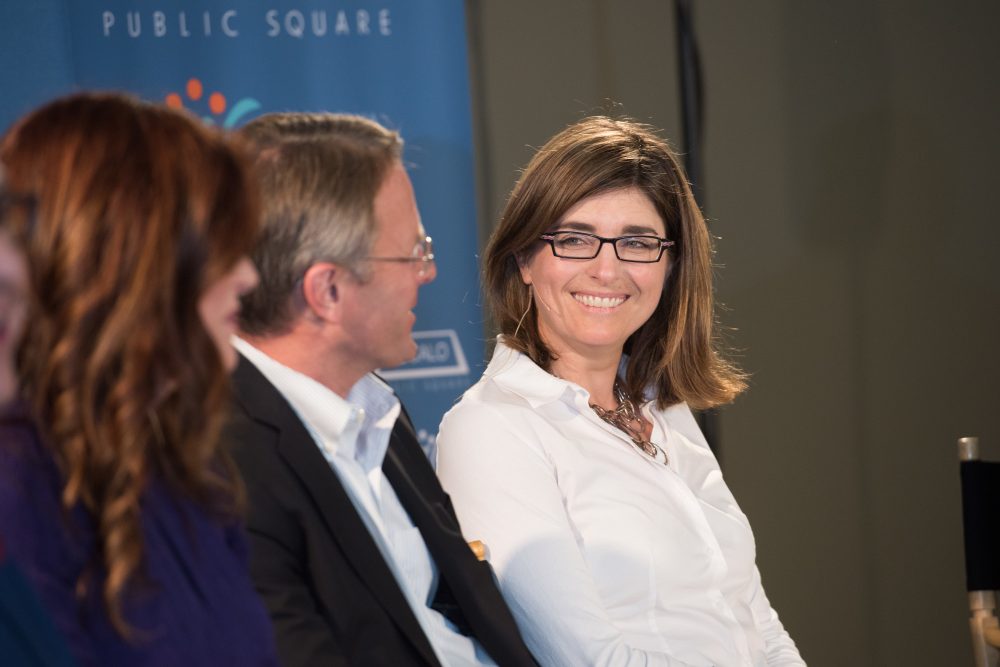 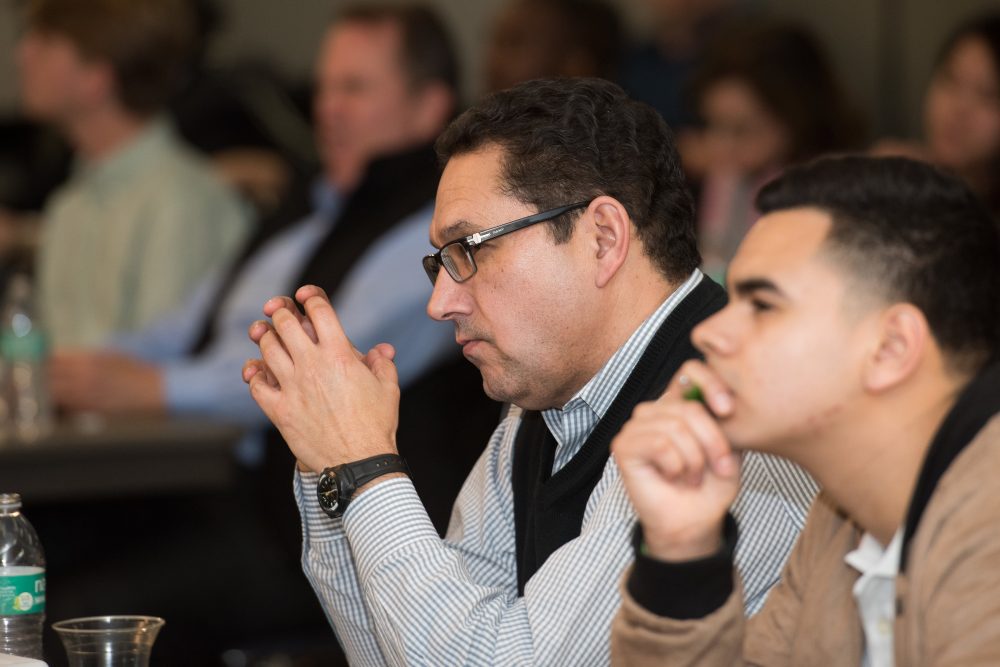 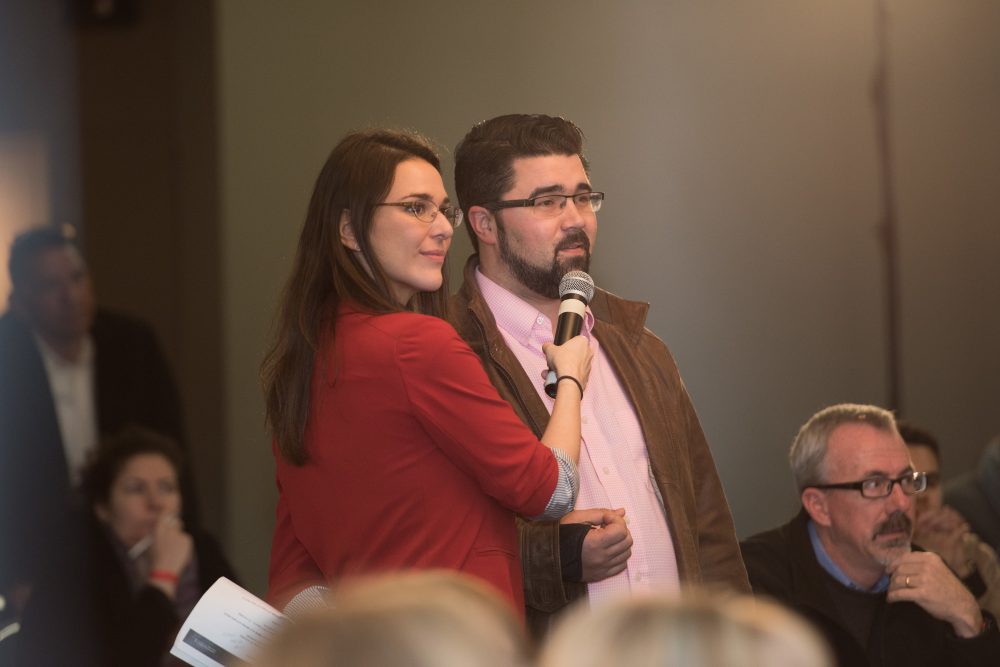 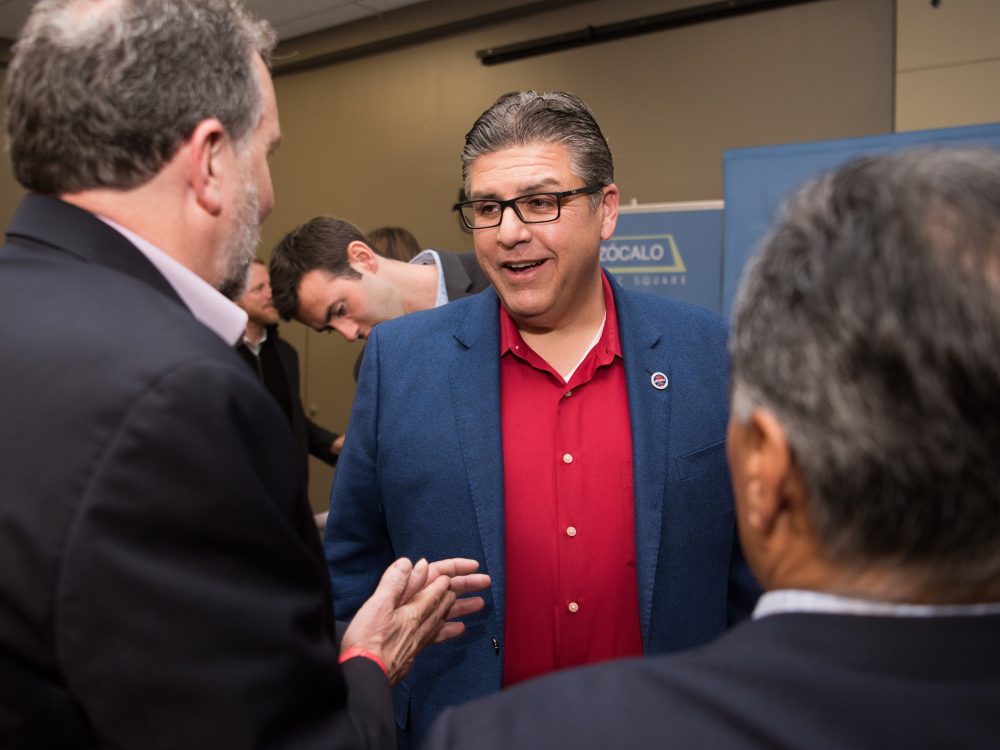