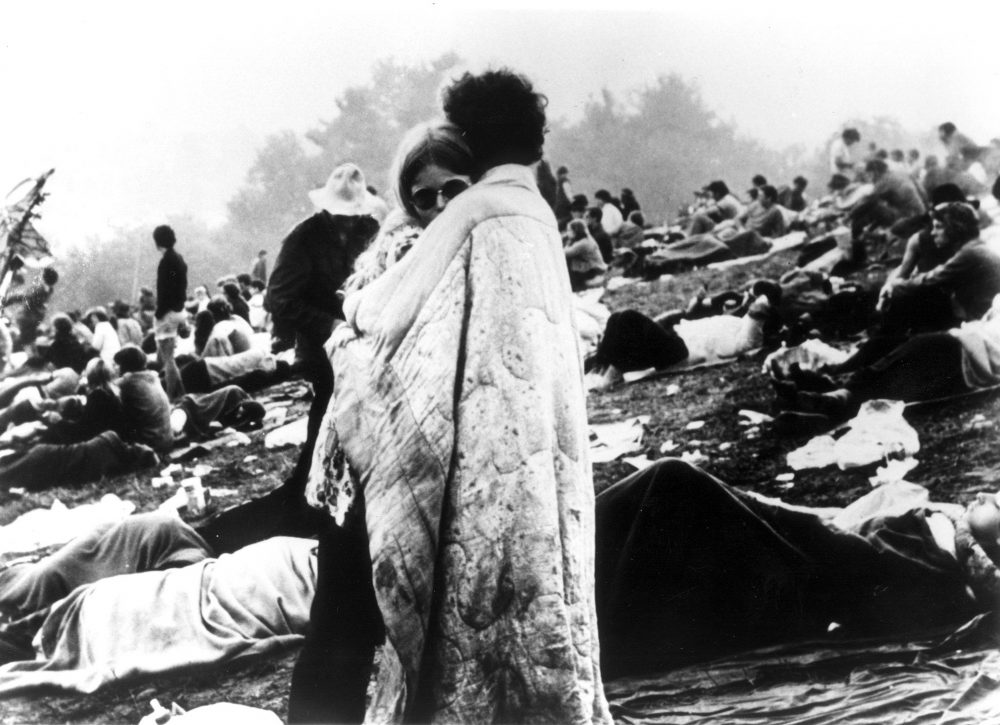 Sex, drugs, rock ‘n’ roll, marriage, mortgages, careers, kids ... Baby boomers have been there, done that (as evidenced by this August 1969 file photo of the Woodstock Music and Art Festival in Bethel, NY). Now the biggest, richest generation must find a script for life’s third act. Photo by Associated Press.

We know the story all too well: Baby boomers, that generation born between 1946 and 1964, experience a childhood heavily shaped by the cultural dynamics of the postwar era, and immerse themselves in the rebellion and hedonism to be had in abundance during the counterculture era. Let’s call that familiar tale Boomers 1.0, a version of boomers’ individual and collective lives defined by Cold War paranoia, idealism, and youthful joie de vivre. The sequel, Boomers 2.0, covers advanced young adulthood through early-stage middle age. This version of the generation’s collective life is dominated by aggressive careering and the hyper-raising of families.

Each of these first two chapters of boomers’ lives (while allowing for other ethnic, gender, and socio-economic determinants) forms a relatively straightforward narrative that, in many ways, was quite representative of previous generations of Americans. Declaring independence from one’s parents and their respective values in an attempt to create something different actually goes back a couple of centuries in this country, as does the subsequent settling into the domesticity and maturity of midlife.

This is, however, where it gets interesting. Rather than embrace their parents’ model of seniority defined by retirement, baby boomers are now considering or pursuing many different options, a version of life I call Boomers 3.0. Instead of heading en masse to retirement communities much like “Del Boca Vista” (the fictional condominium complex in Florida of Seinfeld fame), 60-somethings are going back to school, starting new relationships, exploring their creativity, taking new spiritual paths, embarking on “encore” careers, forming new communities, fighting for causes in which they believe, giving their time and money away, and yes, bucket listing. For financial and other reasons, a good number are working and staying in their current homes as long as possible, seeing no compelling reason to do otherwise.

Much is being made about how many baby boomers are financially unprepared for retirement, something all too true for a sizable segment of their generation. But boomers are collectively the richest generation in history and, even though a good number have already scaled back their careers, they are getting still richer. The (currently) strong stock market is making affluent boomers wealthier, with those additional financial resources being used to pursue alternative, sometimes very costly third acts.

Sixty-five million (of the original 76 million) in the boomer population are still alive and kicking. They range in age from 53 to 71, and each one is approaching or already engaged in his or her third act. Some baby boomers, unwilling or unable to accept that their bodies and minds have gotten older, are clinging desperately to their remaining youth by investing in the wide array of “anti-aging” therapies to be found in the marketplace. But even most of these folks don’t take these alleged fountains of youth too seriously.

… 60-somethings are going back to school, starting new relationships, exploring their creativity, taking new spiritual paths, embarking on “encore” careers, forming new communities, fighting for causes in which they believe, giving their time and money away, and yes, bucket listing.

Still other boomers are admittedly lost when it comes to planning for their third act; they are not interested in the traditional model of retirement, but not at all clear on which path they should take. Interestingly, in my research I’ve found that it is the financially secure who are most likely to be directionless, a result perhaps of having too many options available.

What happened to the very pleasant idea of spending one’s third and final act of life enjoying what one had worked so hard and long for during the first and second acts? Why is there no longer a central narrative to Americans’ last quarter-century or so of life (roughly age 55 to 80, on average)—replaced by a postmodern jumble of stories going in all sorts of directions? Are baby boomers, as some observers have claimed, the first “ageless” generation in history, rejecting the rules of society as they famously did in their idealistic younger days? Is creating a new paradigm of aging their final hurrah, something perhaps greater in scope and longer-lasting than their countercultural dream of universal peace and love?

In retrospect, the baby boomers’ impulse to toss out the Greatest Generation’s interpretation of older age makes perfect sense and was entirely predictable. Boomers (the “Me Generation,” remember) were and remain resistant to social norms and expectations, their individualism and anti-authoritarian ways perhaps being their most enduring legacy. It would be easy to suggest that as boomers plunge headfirst into their 70s they are suffering from an acute case of Peter Pan syndrome, refusing to grow up even as their physical selves experience decline and as they more often forget exactly why they came into a room. The looming threat of becoming a victim of Alzheimer’s disease or another form of dementia is incentive enough to pretend that older age is something that only happens to other people.

Overall, however, I believe that baby boomers’ inclination to take on new challenges and “act young” later in life is a very good thing. Studies show that there is much truth to the cliché, however trite, that one’s age is “just a number” or a “state of mind,” and that one is “only as old as one feels.” (Don’t even get me started on the “70 is the new 50” adage, or other such silly twistings of chronology, not to mention basic biology.) But sitting down to dinner at an “early bird special” to save a couple bucks, or whiling away afternoons playing mahjong, are simply not boomers’ style. (To be fair, retirement communities are a lot more active than they used to be.) Boomers’ third acts of life may indeed be scattered, disjointed, and personally defined, but as a whole they offer an attractive alternative to the going-off-into-the-sunset model that was so popular in the latter half of the 20th century.

Finally, given the widespread ageism in our youth-obsessed society, it’s no surprise that baby boomers will do pretty much anything to avoid being branded as irrelevant and over the hill. It’s also important to note that boomers’ insistence on trying to keep their jobs despite lucrative early retirement offers is actually in the best interests of the country. Millennials may wish boomers would get out of the way so they could take over their prestigious jobs and fat salaries, but millions of 60-somethings delaying Social Security and Medicare payouts is, for the moment at least, averting the economic and healthcare apocalypse (and “generational war” over resources) that many experts are predicting.

Continuing to find meaning and purpose in life is the real goal of Boomers 3.0—a less coherent story than version 1.0 or 2.0, but certainly an intriguing one that will have major social, economic, and political consequences over the next few decades.