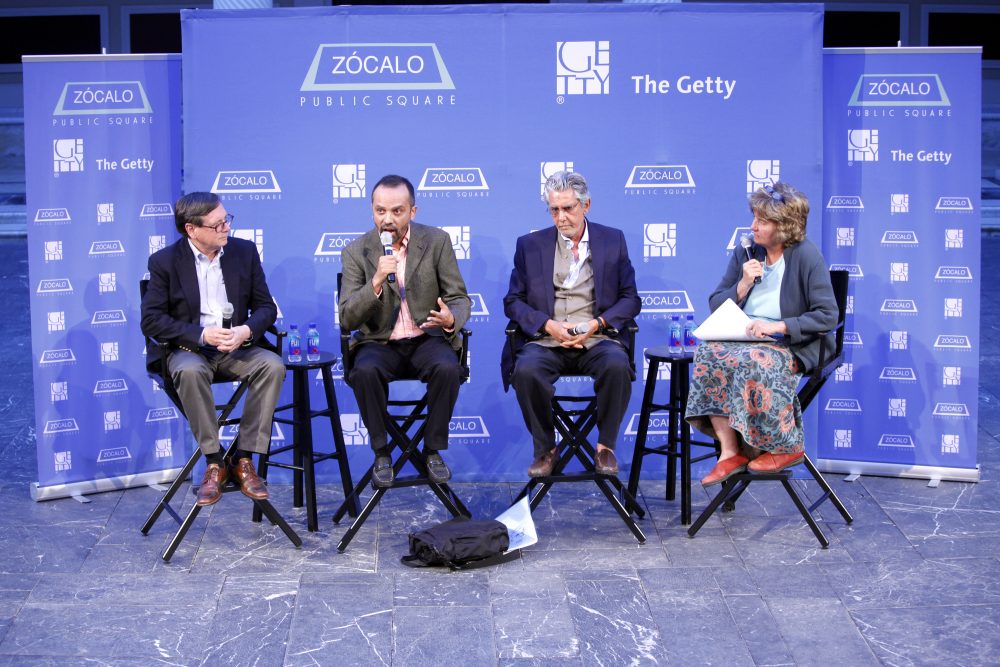 Syrian migrants were being rebuffed by their richer neighbors. Walls were being raised to keep out barbarian hordes. Old empires, having closed themselves off to trade, were in decline. Revolutionary religions and philosophies were being exported overseas, stirring up violent conflicts but also forging connections among far-flung peoples.

These were all challenges of the ancient world—times and places far removed from the 21st-century United States. But on a cool summer evening before a packed audience at the outdoor amphitheater of the Getty Villa, three scholars found some surprising parallels between that distant era and our own, as they pondered the question, “What Can the Ancient World Teach Us About Globalization?”

Leading off the Wednesday night Zócalo/Getty Villa “Open Art” event, moderator Margot Roosevelt, an economy reporter for the Orange County Register, cut straight to the chase, asking the panel of experts what is the single most significant thing we can learn from past civilizations about globalization.

Roger Bagnall, a classics scholar at New York University, replied that, because ancient governments were not democratic, “they had a whole lot less trouble with globalization than we do.”

Grant Parker, a classical philologist at Stanford University, cautioned that, because history tends to be written by the victors, we need to reconstruct more stories of people in ancient times who were unrepresented and oppressed, if we are to make full sense of remote eras.

The hour-long event touched on several issues that were as complex and thorny in the globalized ancient world as they are today: identity and assimilation; the role of language in shaping consciousness and asserting power; and the tug-of-war between emerging global powers, eager to put their mark on the map, and decadent older powers seeking to find (often darker-skinned) scapegoats for their troubles.

Jan Nederveen Pieterse, a scholar of globalization, development, and cultural anthropology at the University of California Santa Barbara, emphasized the importance throughout history of cycles of trade expansion. In the ancient world, empires at the height of their power saw expanding commerce as beneficial, while empires in retreat tended to pull back from trade, he said. That phenomenon can still be seen today: “As America retreats, China advances,” he said.

Back when all roads led to Rome, Carthage, or Constantinople, trade helped speed not only the flow of grain, olive oil, and wine to new markets, but the flow of thought as well.

“Often, ideas went on the same boat as commodities,” Parker said, citing the example of the cult worship of the Egyptian goddess Isis.

But, Roosevelt asked, did circulating ideas across borders sometimes produce a backlash? Bagnall replied that the Romans initially pushed back against some of the new ideologies and new gods. But, in other cases, they gradually ingested and assimilated these upstart deities and newfound ways of doing things, he said.

Long before there was any talk of Brexit, trade deficits, lost domestic jobs, or currency manipulation, some ancients believed that globalization mostly benefited elites.

Mastering the lingua franca of the day was another way to profit from globalization in the ancient world. Parker said that having command of Latin could give a subject of the Romans entry into the empire. Bagnall countered that, while a large part of the Roman Empire actually spoke Greek, the Romans tended to take a dim view of Syrians partly because “they were funny and they talked differently and they ate different things.” Juvenal, the Roman satirical poet, was perhaps the most famous complainer about Syrian migrants.

For Pieterse, one of the essences of globalization is connectivity, which requires both hardware (tradeable goods, transportation) as well as the “software” of ideas. Once upon a time, he observed, the Buddha, Lao Tzu, and Confucius walked the earth as near contemporaries, spreading philosophies that helped humans to establish “wider identities beyond the tribal and local.”

(You can read more about it in Pieterse’s most recent book, titled Multipolar Globalization: Emerging Economies and Development, which at one point he plucked from his satchel and displayed, to the amusement of the audience and his fellow panelists. “This is a commercial break,” Bagnall deadpanned.)

Long before there was any talk of Brexit, trade deficits, lost domestic jobs, or currency manipulation, some ancients believed that globalization mostly benefited elites.

Yet, Bagnall said, although it’s true that Roman elites benefited considerably from globalization, so did many poor people who migrated to places where they found better work.

“But we don’t hear about them because they didn’t write books,” Bagnall said.

Roosevelt asked whether climate change affected antiquity by prompting mass migrations, as it has begun to do in our time. Is there evidence that climate change might even have sparked wars? Bagnall says it’s difficult to pinpoint whether climate change could have caused a clash between, say, the Greeks and the Persians. But the records do indicate that droughts, which at times prevented the Nile from having its rejuvenating seasonal floods, caused harm to the Roman Empire.

During the question-and-answer period, several audience members probed the panel about additional parallels between ancient times and ours. One man asked what pagans would have to say about the way they were treated by the early Christians.

“Nothing very favorable,” Bagnall answered, “but the Christians could reply that they learned their lessons from the Roman government.”

Even now, Pieterse said, the ancient world still speaks to us through its monuments and its works of art. 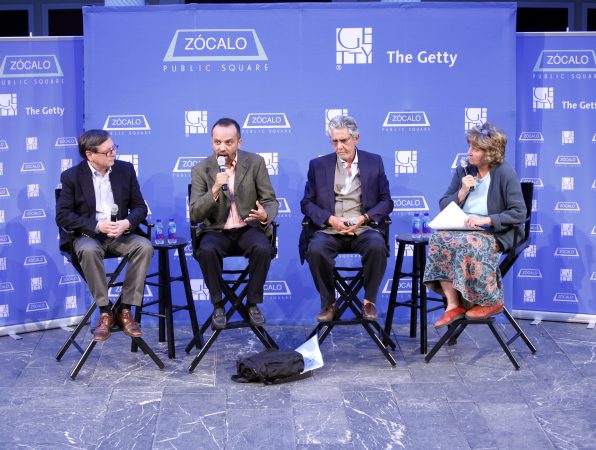 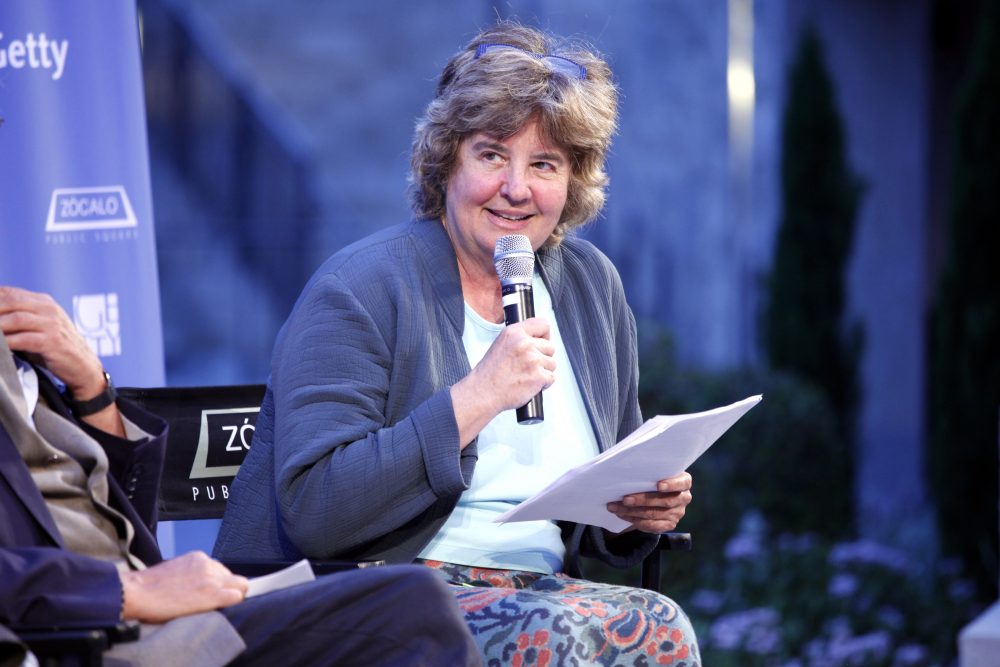 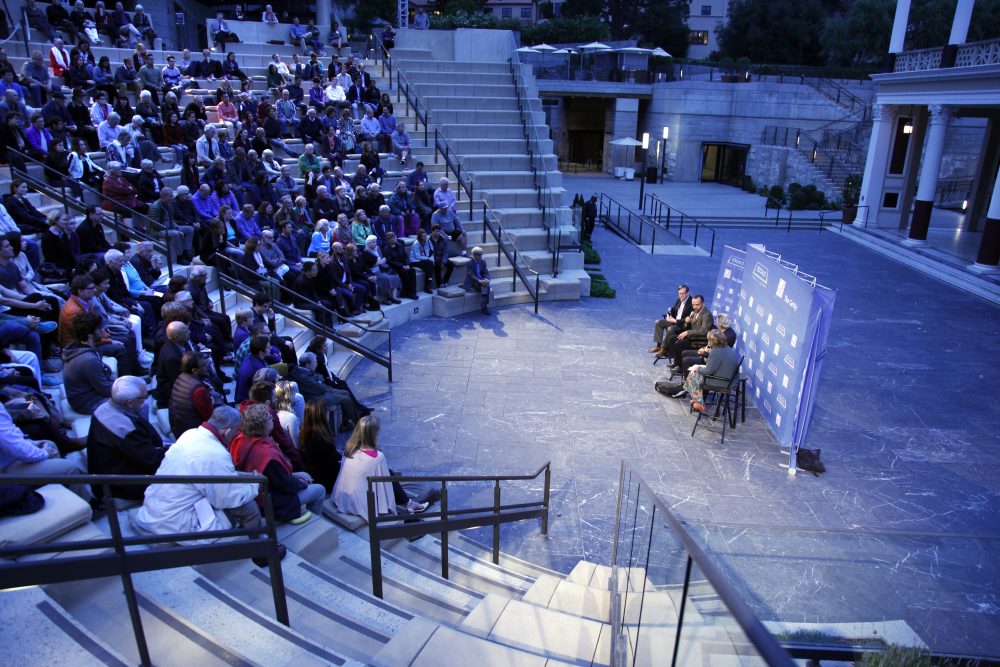 A large crowd at the Getty Villa. 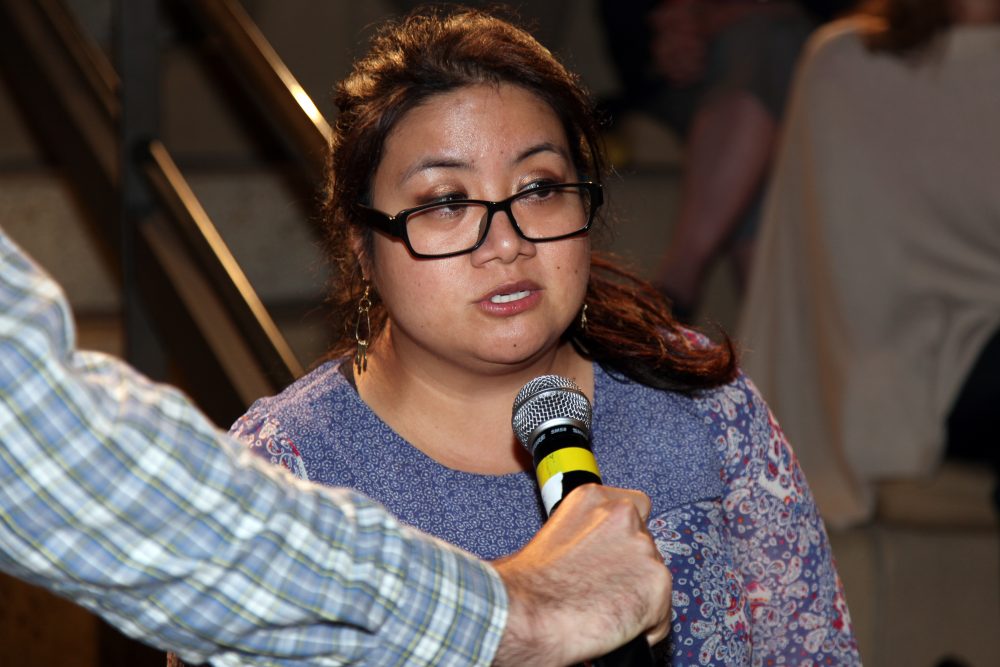 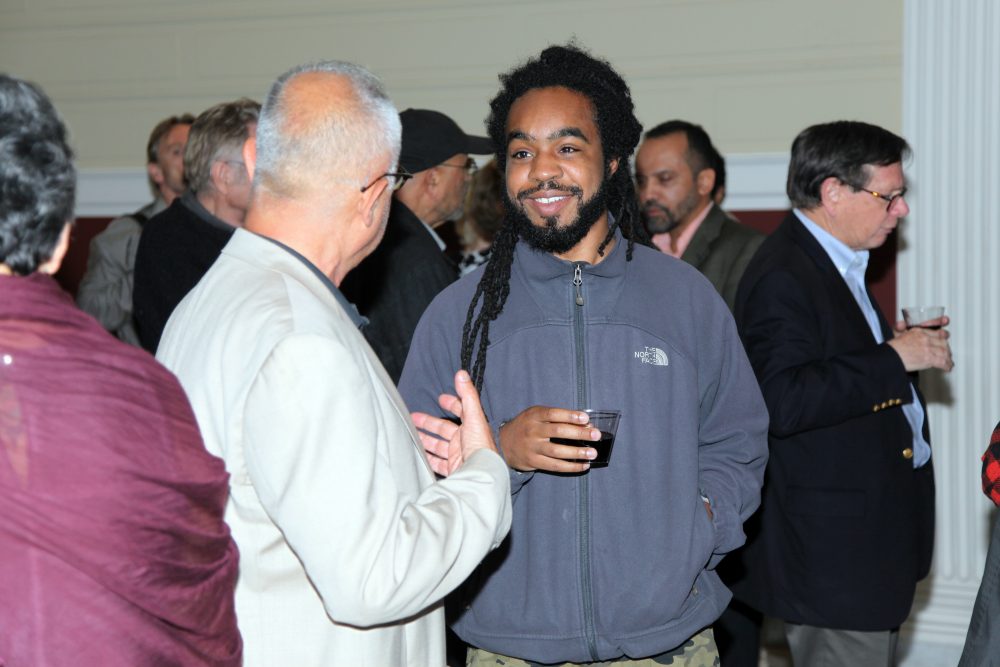 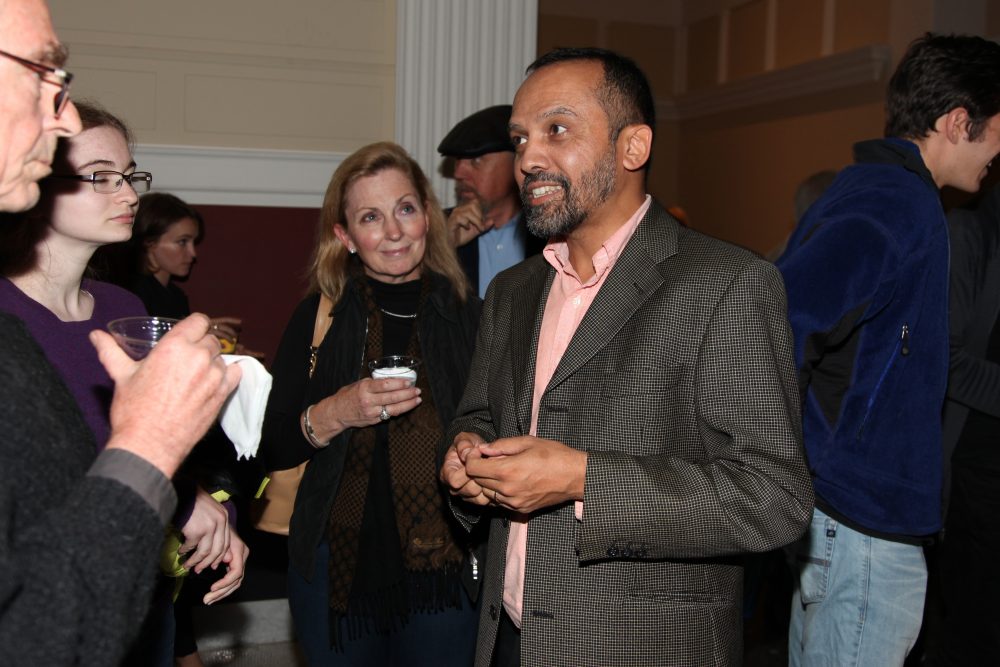