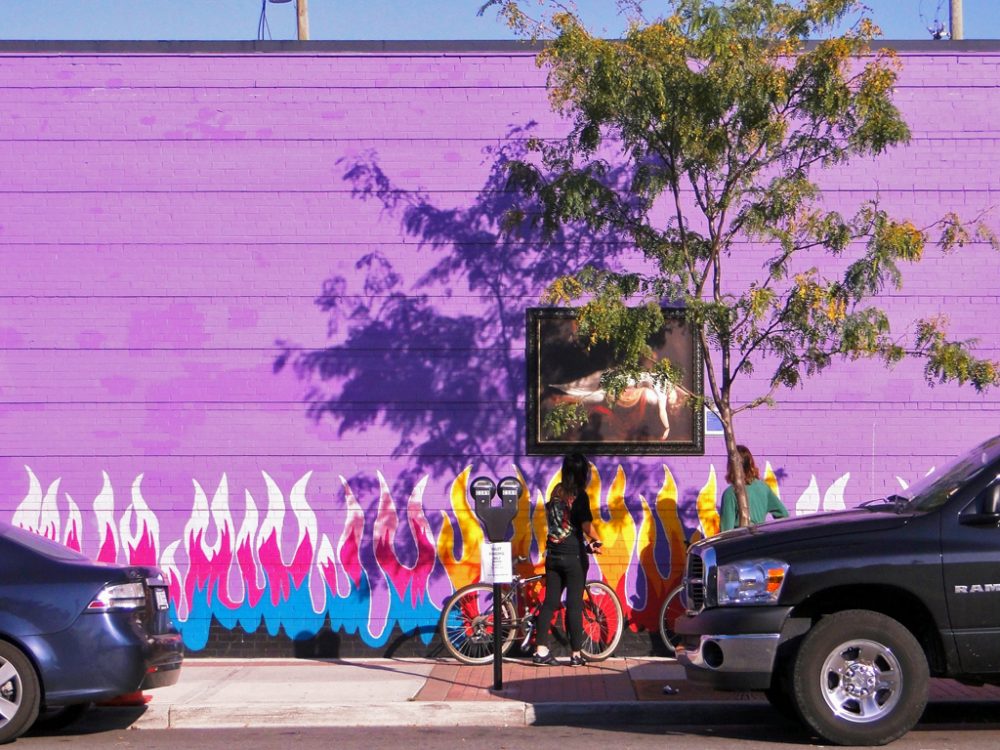 A reproduction of Henry Fuseli’s The Nightmare, a painting at the Detroit Institute of Arts, on the street in a Detroit suburb. Photo courtesy of Maia C./Flickr.

The phone rang in the office of Salvador Salort-Pons, then Curator of European Paintings at the Detroit Institute of Arts. “I found a Van Gogh painting outside the public library, and I don’t want someone to steal it!” said the woman on the other end of the line. “Don’t worry, though, I’ve deployed my husband to protect it.”

Six years later, Salort-Pons is now the Director of the Detroit Institute of Arts, the museum that left that Van Gogh outside the library—on purpose. The painting was part of its Inside|Out program, which places high-quality reproductions of masterpieces around town in order to engage audiences in their own neighborhoods and communities—though not necessarily as a makeshift security detail. In 2017, DIA installed actual-size, framed digital prints on walls and posts in 11 communities during the spring season, and later this year it will work with 10 more communities. Each installation lasts for approximately three months, clustering seven to 12 images within walking or bike-riding distance in each community.

The program has expanded from simply focusing on DIA’s notable collection to creating a deeper dialogue with places around the city. Families stop together to look at paintings from artists that range from Caravaggio to Ben Shahn, and the museum sends its staff and volunteers out to lead walking tours. Those interactions allow people to see art in a new light, and the museum’s staff to learn what those people think about art.

The Osborn Neighborhood Alliance was one of DIA’s Inside|Out community partners in 2015, as part of efforts to revitalize a neighborhood that has seen significant population decline and was called one of the city’s most dangerous. DIA had no real presence in the community, and first saw the partnership as a way to build connections while showing off the diversity of its collection, especially in contemporary African American art. Yet the installation of the works sparked further arts collaborations in the area. A brightly painted piano popped up at the Osborn Neighborhood Center, provided by the program Keys in the Cities. Later DIA and three Detroit-area artists worked together with the Osborn community to paint a large-scale “Welcome to Osborn” mural. Inside|Out installations elsewhere have helped those neighborhoods secure public support and increased funding for the arts too. 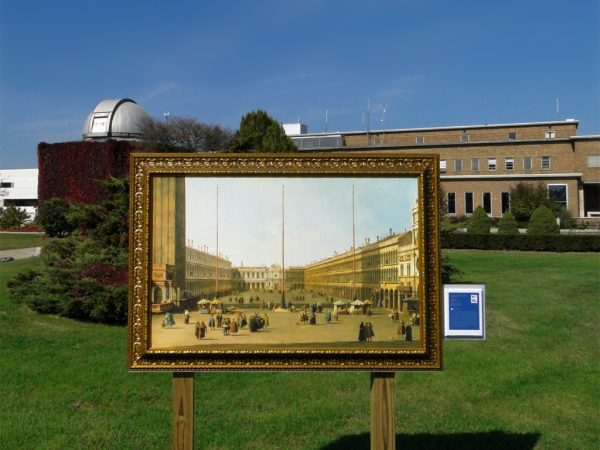 A reproduction of Caneletto’s The Piazza San Marco, a painting at the Detroit Institute of Arts, outside near the Cranbrook Institute of Science. Photo courtesy of Maia C./Flickr.

In this way, Inside|Out is more than an opportunity to market the museum – it is a chance to introduce art to a community in a way that meets people where they are, creating a real conversation. For Jillian Reese, DIA’s Community Relations Program Manager and the woman with day-to-day responsibility for Inside|Out, bringing paintings into the community clarifies that an art museum can be for everyone. Inside|Out is an opportunity to be playful and fun; it is also a launching point for a deeper relationship between the community and the museum, creating a feedback loop that can provide unexpected insights. “We stay flexible to introduce ourselves to communities,” said Reese. “The strength is in that community focus.”

The program started after a group of DIA employees visited London in 2007 and were awed by striking reproductions of artworks from around the city they saw while at lunch in a pub. They returned to Detroit with the idea for a similar project. It was an experiment, and the museum didn’t know how it would go over. Would audiences still come to the museum?

The museum collects each visitor’s zip code, and it has seen an uptick in attendance from the areas where Inside|Out artworks have been installed. Perhaps the best news is that the increase is most significant from the communities that previously supplied the fewest visitors. The program is not only reaching friends and families of people who already come to the museum, but also expanding its network across the city, finding visitors that had not been connected before.

The success of Inside|Out in Detroit has led to expansion. Locally, DIA has now partnered with the Charles H. Wright Museum of African American History to include 10 reproductions of objects from that museum’s collection in installations around Metro Detroit. Meanwhile, the John S. and James L. Knight Foundation, which has helped fund the program at DIA since its early days, has brought the program elsewhere: to Ohio at the Akron Art Museum; to Charlotte at both the Bechtler Museum of Modern Art and the Harvey B. Gantt Center for African American Arts + Culture; to the Pérez Art Museum Miami; and to the Philadelphia Museum of Art.

The Pérez Art Museum Miami (PAMM) completed its first set of installations in 2016, focusing in three communities around South Florida: Hialeah, Homestead, and West End. (Full disclosure: PAMM is a recent client of AEA Consulting, where I work). Already the program has expanded to six neighborhoods in 2017, chosen from 17 applications from communities around the city. Such strong interest gives the museum committed partners in the community, which means the program can build alongside existing events such as local art fairs or bicycling tours. Miami citizens are frequently turned off from traveling great distances due to the snarled-up traffic on the city’s roads, so an opportunity to increase arts awareness with an interesting installation only five minutes away from people’s homes benefits both the community and the museum. 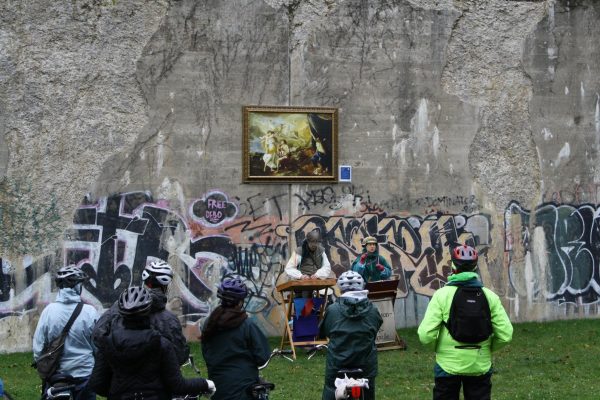 Nicolas Poussin’s Selene and Endymion is also part of the Detroit Institute of Arts’ Inside | Out program. Photo courtesy of the John S. and James L. Knight Foundation/Flickr.

“We want to be the community’s museum,” said Anita Braham, PAMM’s Manager of Adult Programs and Community Partnerships and the manager of its Inside|Out program.

The program is just beginning to inform the museum’s other outreach efforts. Inside|Out has increased PAMM’s list of contacts in the communities where art has been installed, and it has been the starting point for discussions that could bring even more art into the public realm. Occasionally the community response is too positive: One resident in Miami wanted the artwork turned to face their house instead of the public space it sat next to.

Inside|Out is still growing. In Detroit, DIA and Reese are collaborating with the Knight Foundation to develop a playbook for the program that will enable organizations and communities to create their own masterpiece installations in other cities. The process, however, requires at least one full-time person at each museum to build the partnerships and manage the events in local communities, and it requires the collaboration of others within the organization to select the art, obtain copyrights and local permitting, and reproduce and install the pieces.

All that work opens up much larger opportunities, however, in the community. In Detroit, Salort-Pons is thinking big.

“We want the program to have a more strategic impact on the City of Detroit,” said Salort-Pons, “to be used as a tool for economic development and the revitalization of the city.”