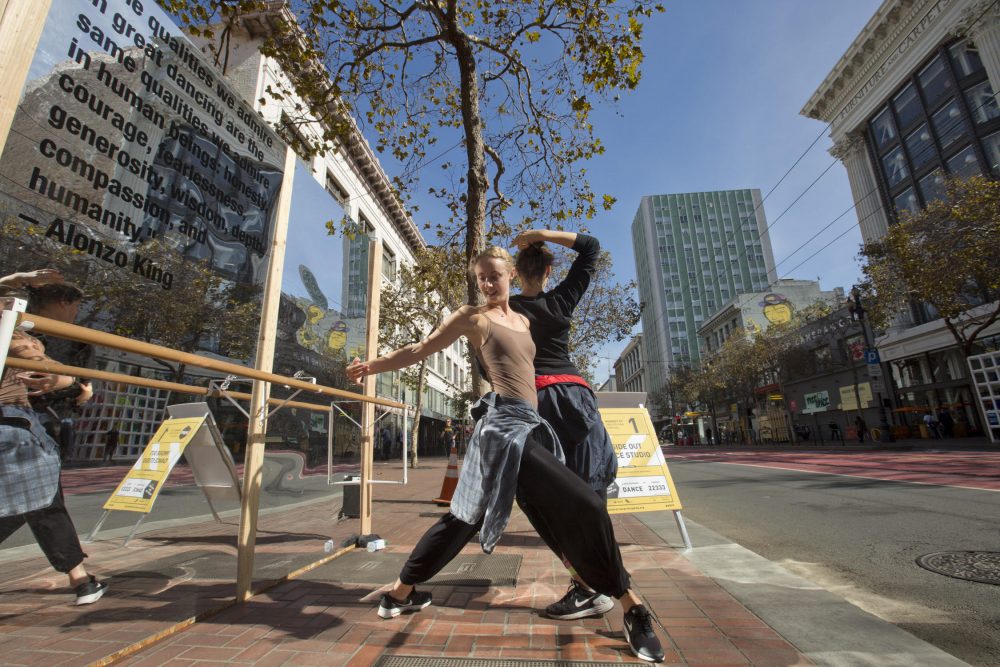 San Franciscans reimagine their city at the Market Street Prototyping Festival, a partnership between the Yerba Buena Center for the Arts and the San Francisco Planning Department. Photo by Tommy Lau.

Who gets to design the future of life?

This is a question that we posed recently at Yerba Buena Center for the Arts in San Francisco, where I am very proud to work. Focusing on inquiry and our promise to be the creative home for civic action, we invited people—artists, designers, planners, and more—to discuss and debate that question. And by gathering diverse perspectives around this line of inquiry, we produced a cascading series of answers that made an impact far beyond the arts.

Indeed, this abundant conversation led to new ways of thinking about how our cities change, and it opened the door to a groundbreaking partnership between our center and the San Francisco Planning Department. Our partnership produced the Market Street Prototyping Festival in April 2015 (with a second festival last fall), a public process and event that allowed the people of San Francisco to imagine different visions and innovations for making Market Street a more vibrant and connected destination that brings together diverse groups of people and communities.

The festival effectively shifted the culture of planning in the city by involving hundreds of thousands of people in imagining their future. It also influenced last October’s passage of legislation called Places for People, which streamlined the process that people in San Francisco must follow when they want to create a parklet, plaza, or temporary public space in the city. 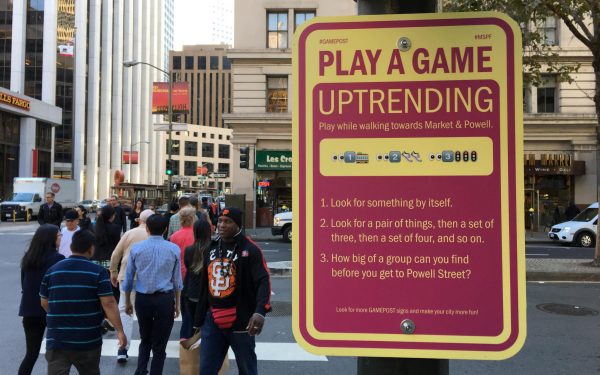 A scene from the Market Street Prototyping Festival in San Francisco. Photo by Tommy Lau.

Many arts organizations say that their mission involves catalyzing social change. At Yerba Buena Center for the Arts, our mission is to generate culture that moves people. We do not define our work solely by the artistic disciplines in which we work (visual and performing arts, film, and arts-driven civic engagement). We also define ourselves—by way of these disciplines—as a cultural catalyst and a citizen institution. We believe that arts organizations exist to cultivate broad participation in public life.

But what does any of that mean?

In practice, it means bringing together people and asking questions—specifically game-changing questions that get people thinking differently.

Each year we invite artists, engineers, athletes, scientists, teachers, activists, and other creative change-makers who are leading cultural movements to an event called the YBCA100 Summit. There, they discuss and debate questions that are guiding their work.

Those conversations produce questions for us and others to pursue. Our 2016 Summit, for example, resulted in the following questions: What does equity look like? Can we design freedom? Why citizenship?

To direct these questions toward promoting civic action, we use five interlocking platforms. One platform includes a commitment to inquiry and asking the urgent questions of our time. Another is the making and sharing of leading-edge contemporary art. A third is the incubation of game-changing creative ideas. Fourth is organizing convenings that create bridges among people, communities, and sectors. A final platform involves civic coalitions that create lasting change and policy shifts.

We find that pursuing answers through these platforms gives us a balance. We can put equal emphasis on visual art, performing arts, the art of film, and art-driven civic engagement. These platforms also ensure that we move beyond transactional efforts to drive passive attendance at our institutions and instead emphasize creative relationships with people who want to participate actively in community life. 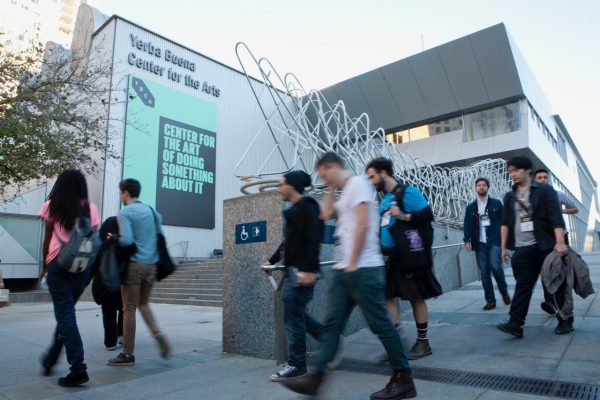 In response to questions of equity and labor, YBCA’s Youth Fellows partnered with the Healthy Corner Store Coalition and developed a Tenderloin Food Justice community art campaign in collaboration with residents in the Tenderloin, one of our city’s most socially and economically challenged neighborhoods and a food desert.

During their school-year-long fellowships, the participating teens designed and installed art interventions specifically for the Tenderloin’s Mid City Market, one of five convenience stores that the Tenderloin Healthy Corner Store Coalition has recently converted into a place filled with fresh fruits and vegetables. YBCA also helped create the Tenderloin People’s Garden, a community space bringing together hundreds of volunteers of all ages, ethnicities, and cultures to grow food—and offering their garden as a place for Tenderloin youth and their families to build knowledge and community.

Through this approach, we also are examining our own practices. We recently announced a pay-what-you-can membership to ensure that the ability to pay is never a barrier for people to participate in a cultural movement. Since membership is about citizenship—about being part of an institution—people should be invited to participate at whatever price they can afford, so that our arts center can be about igniting inclusive, lasting forward momentum.

We’re convinced that the experience of our center can be replicated. Arts institutions of all shapes and sizes across our country have the creative resources needed to inspire us to participate in our struggling democracy, to fuel our public imagination. Now more than ever, we need to be asking questions to stimulate new ideas and cultural movements, and exploring ways to engage audiences to do so as well.