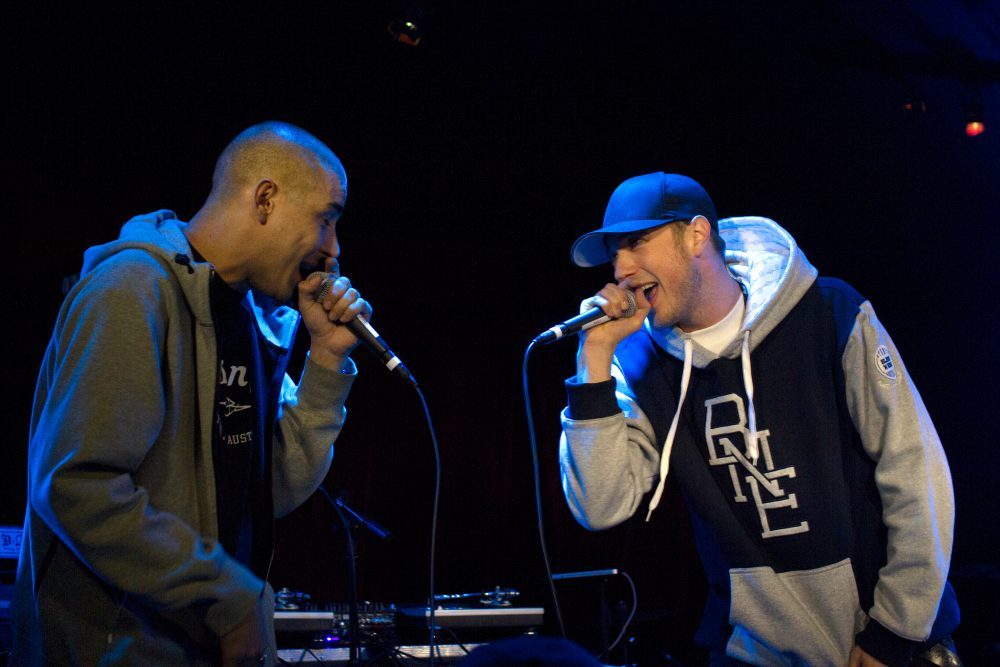 In 2015, Kaufman and Kristoff published Illuminae, a sci-fi novel they’d spent the past few years working on. If you haven’t read it, you really should. It’s possibly the most startling, innovative book released this century: an epistolary narrative told through transcripts and medical reports and Artificial Intelligence subroutines. It not only incorporates space battles and warp drives and zombies—you know, the good stuff—but also happens to be an extraordinary piece of storytelling, buttressed by rich, complex characters. Unsurprisingly, it rocketed up the New York Times bestseller list while spawning two sequels.

It also has a body count in the low five figures. Kaufman and Kristoff love killing people—they make George R.R. Martin look timid and indulgent. After Illuminae’s rapturous reception, the two co-authors began to wonder: What would happen if they invited their readers to die?

The book’s document-driven style allows each and every victim to be immortalized. Minor or major, pulled out an airlock or eaten by a brain-sucking alien, each character has a name. For the sequels, Gemina and Obsidio, Kaufman and Kristoff offered their audience a chance to be murdered. All you had to do was send in proof of a pre-order and a legal release, and you too might be on the casualty list.

It’s such a simple thing—pedestrian, even—but hundreds of the book’s fans vied for a chance to die in a universe they’d come to love. Full disclosure: So did I. I’ve yet to find out if I’ve been selected, but I’ve always fancied being stabbed by a lunatic infected with a space-born insanity virus. At a push, I’d settle for being torn apart by a rip in the space-time continuum. I’m not picky.

Kaufman and Kristoff aren’t the only ones doing this kind of thing. There are plenty of writers, filmmakers and artists figuring out ways to shift audiences from passive consumption to active, enthusiastic engagement—where they not only get to enjoy the finished product, but also play a small part in its creation. Take another Australian collective, the hip-hop crew Bliss n Eso. Despite their name, they’re a trio—Bliss, Eso, and their DJ Izm—and they make the kind of anthemic, party-friendly rap music that easily propelled them to the top of the charts in their homeland (their latest album, Off The Grid, released this past April, was their third to go to number one). For their new single, “Moments,” the trio asked fans on Facebook, Twitter, and Instagram to send in video and photos of their best memories, which would then be stitched together into a music video framed by the song.

Now let’s think about the art coming from California.

This isn’t an arbitrary choice of location. A.A. Gill called California, and Los Angeles in particular, a hub of our civilization. “Even if you have never been here, this place has touched you—more than that, it has run its smoggy, soft hands all over you. … It is the 20th century’s incarnation of classical Athens, of Rome, Constantinople, or Renaissance Florence.”

Take another Australian collective, the hip-hop crew Bliss n Eso. … For their new single, “Moments,” the trio asked fans on Facebook, Twitter, and Instagram to send in video and photos of their best memories, which would then be stitched together into a music video framed by the song.

He knew what he was talking about. California has spent decades exporting its art. As a state, and as an artistic community, it has engaged more audiences than anywhere on the planet. And I’m not just talking movies. Think about the influence of fine artists like James Turrell or Ed Ruscha, architects like Frank Lloyd Wright, musicians like NWA and Kendrick Lamar. California creates, and the world listens—or watches, or reads, or walks around in gawping awe. The state has been doing it for so long that its approach to audience has solidified, compacted like a fossil under the La Brea tar pits: We make. You enjoy.

I don’t want to oversimplify this. California is an enormous place with a wild and diverse artistic landscape. But it has an artistic output worth, conservatively, a shade under $300 billion, according to LA Weekly—and that was in 2015. I submit that a very, very sizeable chunk of that art is designed to be passively consumed. Buy your ticket, sit your ass on a seat. And tell your friends!

Ersatz, corporate-sponsored social media campaigns aside, you can’t actively participate in a Hollywood movie any more than you can grow wings and buzz the Hollywood sign. (Oh, you could always be an extra—or move to Los Angeles and try to make it work as an actor, a screenwriter, whatever. But then, of course, you’d no longer be an audience member. The machine would have swallowed you up.)

So if there’s one thing that Kaufman, Kristoff, Bliss n Eso, and hundreds upon hundreds of other artists across the planet can teach California, it’s this: It makes sense to involve the audience. I’ve no doubt that Illuminae would have been successful as a series even if it had had a traditional marketing campaign—it’s that good—but I also have no doubt that those who had their names X’d out, as the heroes refer to anyone who gets killed, will remember both the series and the authors for a very long time. And if you think the folks who get to relive their favorite memories courtesy of an Aussie rap crew with a silly name aren’t going to buy that group’s next album—and the next—you’re crazy.

California needs to catch up. The good news: There are signs this is changing. In fields like visual art and theater, audiences are increasingly being encouraged to help the creators build something remarkable. Perfect example: the Living Digital Space exhibition in 2016, held at Pace Art + Technology Gallery in Menlo Park, where the artists teamLab created a 20,000 square foot multi-installation. Visitors helped make the art using a variety of programmed light displays that would alter based on their input, generating visuals that wouldn’t be possible without their decisions. The artists provided the tools, and the public got involved—Pace had to extend the exhibition by several months to keep up with the demand.

Another example: in 2017, the Center Theatre Group hosted an event called Remote L.A.—a piece of public theater where audience members donned headphones so a disembodied voice could guide them through the city. In doing so, they weren’t just consuming art—they were actively participating in it, through their interactions with members of the public (who were presumably a little confused to see small groups of people wandering around, wearing headphones and slightly puzzled expressions.)

But international artists are leading the charge there—and the kicker is that both Remote L.A. and Living Digital Space relied on artistic contributions from non-Californian creators. These artists are bringing audiences inside the tent, making them a part of their art in ways which wouldn’t even have seemed possible 15 years ago. California can learn from them.

Personally, I won’t be satisfied until Hollywood can insert me, an audience member, into a Deadpool sequel for Ryan Reynolds to murder in real time in a horrible and hilarious way.