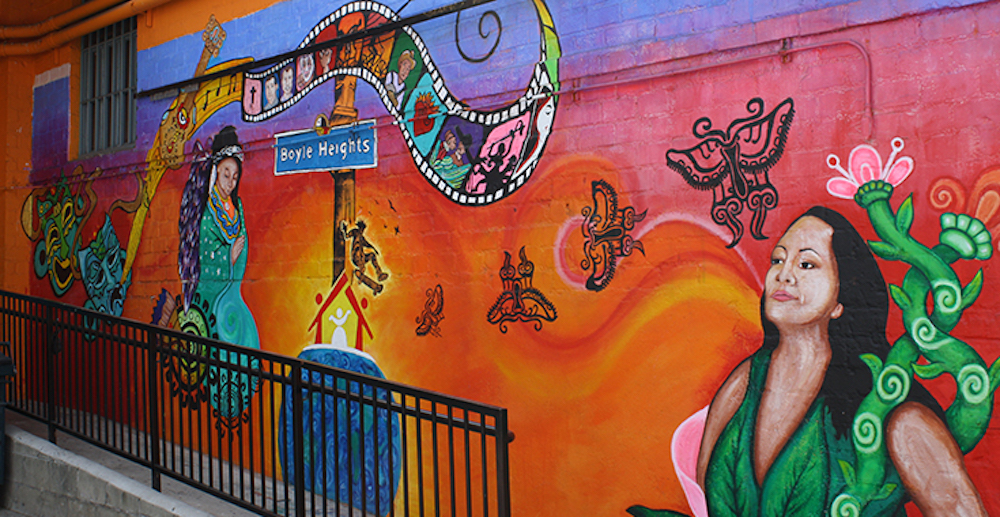 A mural at Casa 0101 in the Boyle Heights neighborhood of Los Angeles. Photo courtesy of Casa 0101.

Community theater never has been a dirty term for me. To me, community theater is about engaging your community and telling its stories. If the actors, writers, or directors get discovered along the way, by other theater companies or Hollywood or whatever, that’s great. That’s sort of what happened to me when my comedy-drama screenplay, Real Women Have Curves, was made into a 2002 feature film starring America Ferrera.

But gaining outside recognition never has been the primary goal of Casa 0101, the 99-seat community theater, art gallery, and learning center that my husband Emmanuel Deleage and I founded and operate in the Boyle Heights neighborhood of Los Angeles.

“Community” is a powerful concept for me, as it is for many residents of Boyle Heights, a heavily Latino area that once was home to large populations of Japanese Americans and Eastern European Jews, and today is struggling to cope with a wave of gentrification. 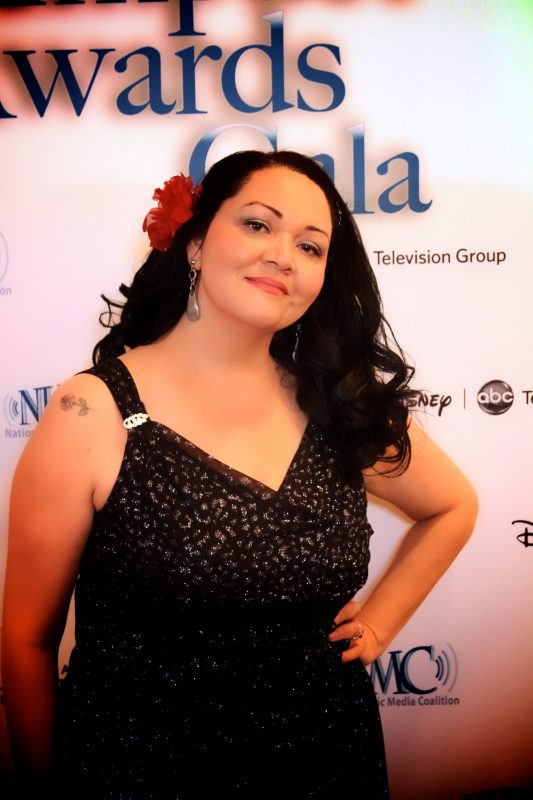 I was born in San Luis Potosí, Mexico, and came to the United States with my migrant parents. Although my parents immigrated legally, five of my siblings and I were undocumented for a long time because we’d been born in Mexico. Part of our mission at Casa 0101 is to take the stories of families and of our community—including the pain and the shame—out of the darkness and into the light, by dramatizing it.

I’m an actor, director, playwright, novelist, and screenwriter (and a painter, and a cordon bleu chef—but those are other stories). But what I’ve realized over 20 years is that doing theater is about being a shaman, because we know that theater evolved out of religious ceremony and spiritual rituals. As a shaman or as a curandera (healer), I help the community to exorcise its ghosts, confront them, then collectively let them go. We’ve done that with shows like my odd couple comedy-drama Detained in the Desert, and an adaptation of Tattoos on the Heart by Father Gregory Boyle, the priest and founder-director of L.A.’s Homeboy Industries.

A lot of the community that I have built has been as a result of hearing people’s suffering. I had a couple of writing students who were gay, and they talked about how hard it was for them because they were supposed to be “perfect” immigrant sons and take care of their parents. But then at night they were engaged in really destructive, risky behaviors. And I said, “We need to create a program or something that tells people it’s okay to be gay; you don’t have to divide yourself, you can be whole and be gay.” So that’s how we started an LGBT workshop.

We had a show about rape two years ago, and the challenge was how do we talk about rape for 90 minutes and make it engaging. And we did it. Instead of blaming the victim we looked at other ways to present it. When you dislodge the shame and neutralize it, people leave the theater lighter.

We have an ongoing presentation called Chicanas, Cholas y Chisme, which arose several years ago from my perception that although we were trying to tell women’s stories and Latina stories, we didn’t have enough women directors and producers. We started to identify other women directors, but we knew only two. So I decided to teach a directing class for women directors, and to develop women’s stories in our playwriting group. Eventually we made an evening out of it, and the women brought out all their family and friends, and it was a big success. Some of the plays were clunky here and there, but for the writers and directors this was like a dream come true. The first time we did this we had eight or 10 shows; the last time we had 21, because we had so many women who’d done it before and loved it so much that they stayed on.

The exterior of Casa 0101 in the Boyle Heights neighborhood of Los Angeles. Photo courtesy of Casa 0101.

Our community of Boyle Heights has changed a lot. When I was growing up, the area was troubled by gang violence. Today, Boyle Heights is seen as this hot neighborhood that’s been revived by the Metro Gold Line, and it’s attracting real estate speculators and new businesses aimed at hipsters. Nobody liked the gangs and the violence and all that. But now we’re caught up in a kind of economic violence. And it’s funny, because when I started the theater, I wanted people on the Westside to see how nice it is. I just didn’t think that people would want to come and live here! I’ve thought, “Oh no, did I accidentally help gentrify the neighborhood by making it nice and cool?”

So I’ve started a performance art troupe called Comfort: Disturb, which is an artistic response to gentrification. If all we do is protest and we get angry, then the narrative gets changed and suddenly we’re the bad guys. Now there are artists coming in from outside the community, who say they’re trying to “bring art to the people.” But our response is, “No, can’t you see? There’s already theater, there are already galleries, there’s all this history, and you’re whiting it out and pretending like this canvas doesn’t exist.”

I think the only thing you can do now is to raise the conciencia. I did a play last year about gentrification, Hipsteria, and it was set about 20 years in the future. The last building from Boyle Heights is being condemned, and this lady has been fighting to stay and she gets kicked out, and these hipsters move in and they’re going to turn it into a dog hotel. And she refuses to leave; she decides to live on the street and just keeps paying the parking meter to occupy that space. She wants the hipsters to know that her home was neglected so that the landlord could invoke the Ellis Act, condemn it, and then sell it at a huge profit. And it was a true story: In Hollywood there was a lady who organized the mothers against gang violence, and got kicked out.

Then we did another play called Sideways Fences about a guy who fixes cars and his wife is pregnant and works in a 99-cent store, and they’re being pushed out of their converted garage.

So it’s really about raising consciousness. We can’t point the finger at the people who want to move here, or open businesses here. Really the bad guys are the developers and the city officials who allowed the neglect to happen over 20 years. So to point fingers now only adds to the shame, and that will not build community. We can’t do to others what was done to us, because it only perpetuates the shame and the oppression.