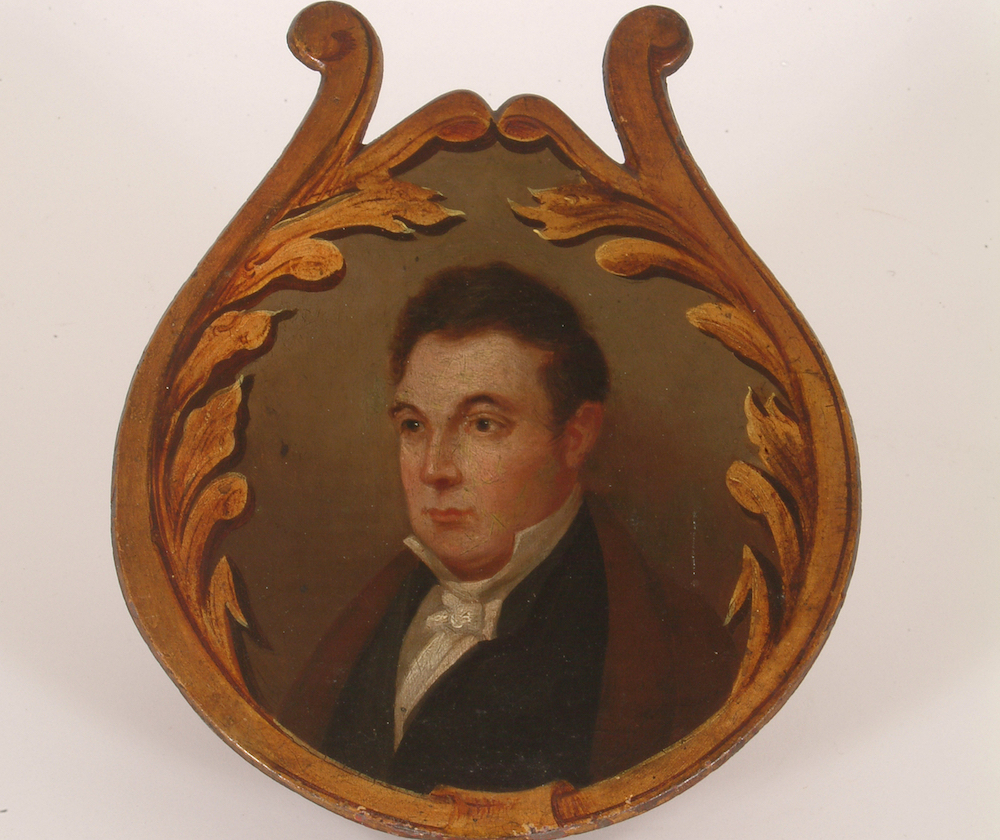 If you live in the United States, you’ve probably come across a county, city, street, park, school, shop, or restaurant named for Gilbert du Motier, Marquis de Lafayette (1757-1834), the most beloved French hero of the American Revolution. In New York City, my home town, I’ve spotted three different Lafayette Avenues, one Lafayette Street, a Lafayette playground, and four public sculptures of the Marquis. Although there’s no official count, Lafayette probably has more American locations named for him than any other foreigner.

The practice of naming places for Lafayette began even before the Revolutionary War officially ended. On May 15, 1783—four months before the Treaty of Paris was signed—the General Assembly of North Carolina gave the name Fayetteville to a new town in Cumberland County, making it the first city in the United States to honor the Marquis. As the United States expanded west and residents of Fayetteville followed the frontier, they brought the town’s name with them. Fayetteville, Tennessee, adopted the name in 1810, and Fayetteville, Arkansas took it in 1829. In 1846 the French name moved to the other side of the continent when Lafayette, Oregon was founded by a settler who had relocated from Lafayette, Indiana.

Lafayette, Indiana had adopted the name in 1825—a year when the United States was in the grip of Lafayette-mania. Between July 1824 and September 1825, the beloved Frenchman completed a triumphal tour of all 24 states in the Union at the invitation of President James Monroe. Politicians burnished their patriotic credentials by appearing alongside the Nation’s Guest, and municipalities vied to outdo their neighbors with parades, dances, and dinners in his honor. Men, women, and children turned out in unprecedented numbers to catch a glimpse of Lafayette—a link to the nation’s founding—and entrepreneurs made a tidy profit selling commemorative memorabilia (evening gloves, baby shoes, loaves of bread) emblazoned with Lafayette’s name or face. As Lafayette toured the country, more and more localities began naming stretches of land in his honor. President’s Park, facing the White House, was re-christened Lafayette Square in 1824. Place Gravier in New Orleans, Louisiana became Lafayette Square in 1825. 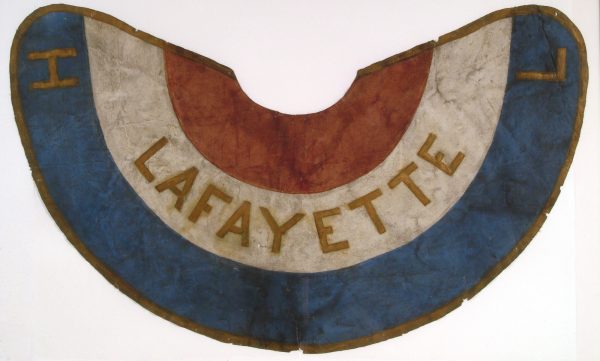 In the years that followed, memories of the triumphal tour inspired dozens of towns, parks, and schools to adopt names including Lafayette, La Grange (Lafayette’s chateau, about 30 miles east of Paris), and variations on the theme. In Lehigh Valley, Pennsylvania, local lore has it that an attorney named James Madison Porter was among the throng welcoming Lafayette to Philadelphia in 1824. During a brief conversation with the general, Porter had been moved to learn that the aging hero remembered Porter’s father and uncle as “good soldiers” during the Revolutionary War. Two years later, when Porter spearheaded the establishment of a college in Easton, Pennsylvania, the institution took the name Lafayette College.

When the United States came to the aid of France by entering World War I, another round of Lafayette commemorations began. In 1916 a group of American pilots fighting in the French Air Service dubbed themselves the Lafayette Escadrille. Most famously, perhaps, on July 4, 1917, Colonel Charles E. Stanton made it clear that the United States was repaying its revolutionary-era debt when he stood at Lafayette’s graveside in Paris’s Picpus Cemetery and declared “Lafayette, we are here!”

As the 20th century wore on, Lafayette’s name spread into nearly every corner of American culture. Lafayette cars were manufactured in Indiana in the 1920s and 1930s. In 1970, a basset hound named Lafayette appeared in the animated Disney film The Aristocats. And, on a 2015 visit to George Washington’s Mount Vernon, I bought French fries at the Lafayette Grill.

Thousands of French soldiers and sailors fought and died in the American Revolution, so why is Lafayette the first French name on every American tongue? His high rank and great wealth certainly had something to do with it: Lafayette was living, breathing evidence that the old European order had faith in a young country on the other side of the Atlantic. More important, though, might have been his earnest enthusiasm for the American cause and his unflagging determination to contribute to its success. 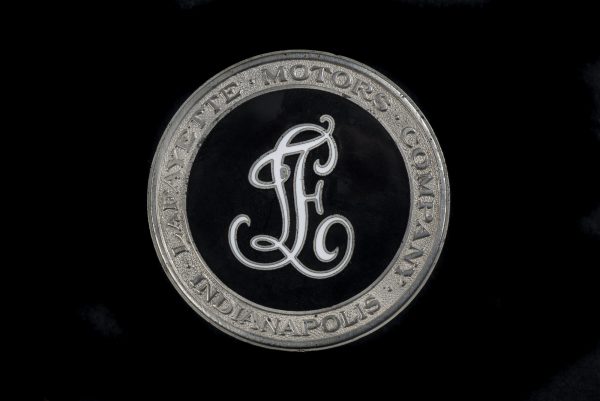 It all started on June 13, 1777, when the 19-year-old Lafayette reached North Island, South Carolina with some 20 officers and servants on a ship he had optimistically christened the Victoire—Victory. Lafayette had never seen a day of battlefield action and knew no English before he set sail, but he came filled with a burning desire to help 13 American colonies wrest their freedom from Great Britain, France’s age-old enemy.

Explaining his actions in a shipboard letter to the wife he had left in Paris, Lafayette described himself as a “defender of this freedom which I venerate” and insisted that “the happiness of America is closely tied to that of humanity.” More practical motivations had also influenced his thinking. Hailing from a line of men who fought and died for their country, Lafayette had dreamed of martial glory since childhood. But the French army quashed his hopes in 1776 when a wave of reforms removed from active duty hundreds of young officers who, like Lafayette, had risen through the ranks thanks to money and connections. Fighting under George Washington in the Continental Army represented a second chance.

Lafayette had been granted the rank of Major General by Silas Deane, one of Congress’s envoys to France, and expected to be awarded a command upon his arrival. But Congress and Washington hesitated; surely the rank was meant to be honorary. They had grown wary of the French officers who had been sailing across the Atlantic to join the American army. Although many were fine soldiers, some were mercenaries or troublemakers who had been driven from the French army. Others expressed open disdain for the American military. 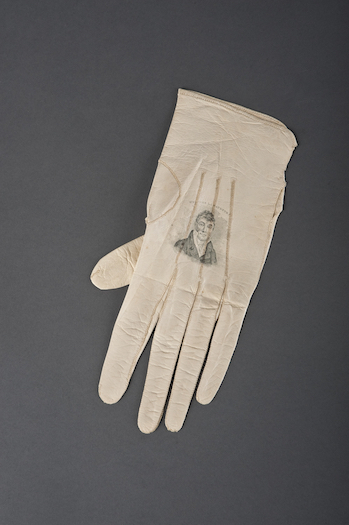 Lady’s glove with a portrait of Lafayette, 1825. Image courtesy of Division of Political History, National Museum of American History.

On July 27, 1777, the same day that Lafayette and his shipmates reached Philadelphia, Washington wrote a letter from Morristown, New Jersey complaining of the influx of Frenchmen: “Almost every one of them,” he wrote, harbored “immoderate expectations” and became “importunate for offices they have no right to look for.” Massachusetts Congressman James Lovell was even more pointed in his criticism, explaining to Lafayette’s group that Deane had recruited no useful men in France, but only “some so-called engineers … and some useless artillerymen.”

America would soon learn that Lafayette was an exception. Of the officers who arrived on the Victoire, he was the only one invited to stay, with Congress evidently persuaded of his value by a letter from Silas Deane that praised not only Lafayette’s uncommon “zeal,” but also his “noble lineage, his connections, the high dignities exercised by his family at this Court, his ample possessions in the Kingdom, his personal worth, his celebrity.” As it happened, Lafayette was an exceptionally wealthy orphan who had allied himself with one of the most influential families at the French court when he married Adrienne de Noailles in 1774. What he lacked in experience he made up in funds and influence. It helped that Lafayette was immensely likeable: His straightforward demeanor and self-deprecating sense of humor sometimes rendered him out-of-place in the perfumed halls of Versailles, but they endeared him to Americans. If he was willing to forego a salary, he would be welcomed in the army.

Lafayette joined Washington’s closest circle of officers and was one of more than 10,000 American troops who awoke on the banks of Pennsylvania’s Brandywine River on the morning of September 11, 1777, awaiting a British attack. The Battle of Brandywine—Lafayette’s first—would end in a loss for the Americans, but it inaugurated the young Frenchman’s lasting American celebrity. In an account of the battle written that night, Washington mentioned the names of just two officers, reporting that “the Marquis de Lafayette was wounded in the leg, and General Woodford in the hand.” In the weeks that followed, as Lafayette was nursed back to health by the Moravian Brethren of Bethlehem, Pennsylvania, Washington’s letter made its way into patriot newspapers throughout the colonies. Lafayette was introduced to the American people as the French aristocrat who had shed blood on behalf of their freedom.

Thanks to careful guidance from Washington, who gently shepherded Lafayette through positions of increasing responsibility, the young man’s skills as a leader increased. In March of 1778 Lafayette put his enthusiasm for the American cause and his personable disposition to use in recruiting a group of Oneida men to fight under his command. And on June 28 his quick thinking was instrumental in salvaging a narrow victory at the Battle of Monmouth after General Charles Lee gave a disastrous order to retreat. Even more significant were the contributions Lafayette made away from the field of action. Taking every opportunity to write letters to France praising the Americans, and assuring Americans at every turn that France was on their side, Lafayette became the unofficial spokesperson for the French-American alliance. 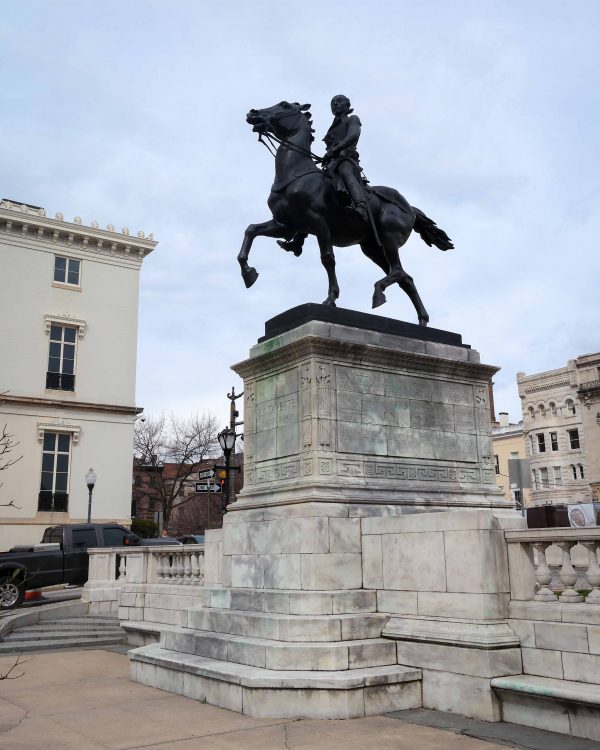 When France pledged open support for the Americans by signing the Treaty of Amity and Commerce, Lafayette rightly took some of the credit. Hoping to be named commander of the French troops who would soon be sailing to the New World, Lafayette returned home to make his case. Although that role went to the far more senior Jean-Baptiste Donatien de Vimeur, Comte de Rochambeau (1725-1807), Lafayette carried the news to Washington that guns, ships, and men would soon be on the way. Taking up an American command once more, Lafayette played leading roles in the Virginia campaign of 1781 and in the Siege of Yorktown that marked the last major hostilities of the American Revolution.

Lafayette returned to a political career in France, but throughout the 1780s he devoted himself to furthering America’s political and commercial interests. Sometimes working with America’s emissaries in France and sometimes acting on his own accord, Lafayette lobbied for a diplomatic post with the American government, advocated for favorable trading relations between France and the United States, and generally did what he could to help the young nation conquer the herculean task of establishing a new system of government while digging out from crushing debt. It was also important to him that the people of the United States learn of his efforts; as he put it in a 1783 letter to the American Secretary for Foreign Affairs Robert R. Livingston, “I have a great value for my American popularity.”

Around the world, Lafayette’s name became synonymous with liberty. In France, where the Revolution and Napoleon’s reign would tear society asunder, his reputation suffered ups and downs over the course of his long life. Things were different in the United States, though, in the 1820s and today. Thanks to the scores of places that bear his name, his American popularity lives on. As Lin-Manuel Miranda put it in his 2015 hit musical Hamilton, Lafayette remains “America’s favorite fighting Frenchman.”