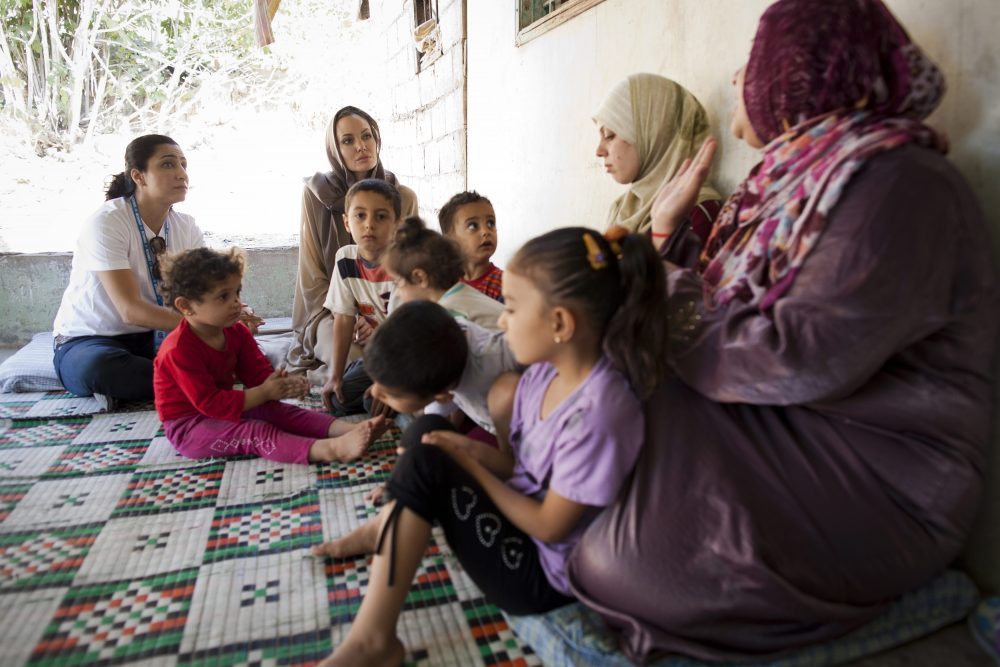 Angelia Jolie meets with Syrian refugees in Lebanon as part of her work for the United Nations Refugee Agency. Photo courtesy of UNHCR/Flickr.

We desperately need more empathy. At least, that’s what we are told—in political rhetoric, in bestselling popular science books, in international development discourse, in feminist and anti-racist activism. Among current political antagonisms, especially the rise of Trumpism, many are worried about the deleterious effects of “empathy erosion.”

Empathy has been touted as a necessary quality in leadership, the solution to a wide range of social ills and a central component of social justice. If we see from another’s perspective, imaginatively experiencing her or his thoughts, feelings or predicaments, we will open up lines of dialogue, ameliorate conflicts and grievances, and engage in more ethical or socially responsible action. The problem, however, is that empathy is much more uneven and unpredictable than these narratives convey.

Empathy is often seen as a tool for overcoming the vast chasm between the privileged and the not—yet it remains rooted in that chasm, and may even reinforce it. One international development program, for example, creates greater empathy among staff by having them live and work with a “poor family” in a “developing context” for three or four days. Development practitioners and government officials might feel that they have accessed “the truth” of poor people’s lives and struggles—and that they can therefore speak more confidently on their behalf. Poor people’s own voices recede further from view.

Claiming intimate knowledge of “the other” can also contribute to violence. After 9/11, Raphael Patai’s book “The Arab Mind”—a now-infamous account of Arab culture and psychology—furnished US military officials with ideas for torture at Abu Ghraib. Accessing other people’s psychic worlds became a technique of control and violence rather than understanding and sympathy. A torturer empathizes with her victims to determine what will be most humiliating to them. Empathy can thus become weaponized.

Even in more benign empathic narratives, the repeated mapping of the “empathizer” and “sufferer” onto social and political hierarchies reinforces inequality. Privileged (middle class, white, and/or Western) people cultivate their affective capacities and skills, but the less privileged (poor, non-white and/or non-Western) “other” remains simply the object of empathy—their own emotional complexities are never engaged. 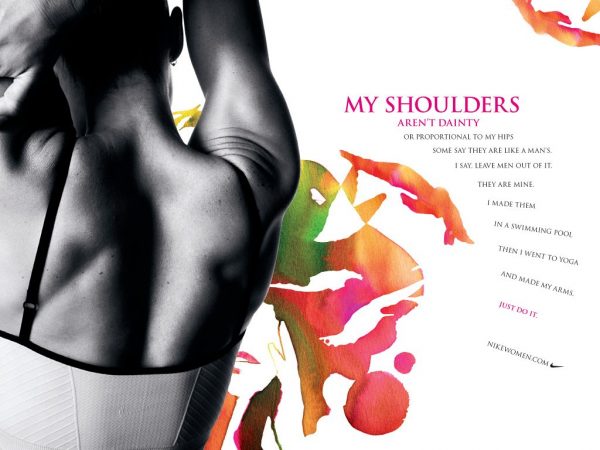 An ad for Nike, which uses empathy research to understand—or create—the desires of their customers. Image courtesy of Brett Jordan/Flickr.

One way to gain deeper insights is to turn that usual hierarchy upside-down, focusing on expressions of empathy from those who are marginalized. You can see this at work in Jamaica Kincaid’s famous novella “A Small Place,” where the native Antiguan narrator inhabits the consciousness of a “white, Western tourist” who has travelled to Antigua for “four to ten days in the sun.” This exercise reveals how the privileged tourist’s very existence—her relaxation, pleasure and freedom—depends precisely on repressing knowledge of Antiguans’ suffering as well as the links between slavery, colonialism, and contemporary tourism in the Caribbean. Approaching empathy from the “other side” can expose the implicit power structures that surround us—leading to a more accurate, and possibly productive, empathy.

Empathy’s issues continue in the workplace, where its economic value does not accrue fairly to everyone. Better, more productive workers are those who seem to cultivate positive feelings (such as empathy and optimism) and subdue negative ones (such as anxiety and anger). But this improvement is not equally available to all. As critical management scholars have argued, those most able to capitalize on emotions in the workplace tend to be white, middle-class men. When men exercise empathy it is interpreted as a skill. Empathetic women are just seen as women. For them, empathy has no market value.

The rise of what is being called the “empathy economy,” meanwhile, focuses on using empathy to grant corporations more power over consumers. Better and more accurate empathy, one can argue, has allowed multinational companies like Nike and Microsoft to get inside the heads of potential customers—inferring (and in fact producing) their needs and desires before they even recognize these themselves.

By empathically entering the psyches of potential customers, companies can transform vulnerabilities into feelings of lack—to be remedied through buying a product or service. Empathy here is not promoting ethics or morality, but profits and growth.

Given the ever-increasing divides between rich and poor around the world, it would be ridiculous to assume any unproblematic link between empathic knowledge and social justice. 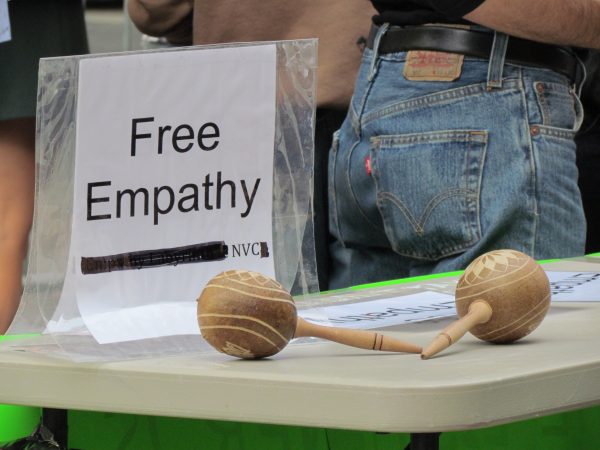 A sign at Occupy Wall Street. Photo courtesy of C-Monster/Flickr.

Better, perhaps, to follow the political philosopher Martha Nussbaum, who argues that empathy is morally neutral. There is no guarantee that “seeing through the other’s eyes” is premised on, or likely to generate, relations of care or compassion. We should attend to empathy’s inherent unevenness.

When we do, we can judge more precisely our empathetic failures. What we interpret as empathic feeling may be projection, appropriation, or wishful thinking. If empathy depends on the ability to accurately infer the affective states of other beings, it may be much less common and more elusive than we assume.

In Aminatta Forna’s novel “The Memory of Love,” for instance, the protagonist Adrian Lockhart, a British clinical psychologist, travels to Sierra Leone convinced that he can help people heal following the nation’s 11-year civil war. His efforts are frustrated by unfamiliar emotional patterns and norms that alienate him from his patients and colleagues. The more he tries to master Sierra Leone’s complex culture, the worse things get. Adrian can help people only when he lets go of an empathy premised on knowledge of “the other” and instead opens himself up to being transformed by what he encounters. In allowing himself to become vulnerable, Adrian lays the groundwork for mutual forms of empathy and solidarity.

Finally, we might be able to acknowledge the limits of even the most developed and self-aware forms of empathy. “Feeling right” is not enough. Complex structural problems can never be overcome solely through the force of feeling. They require deep political work, including policy and legislation as well as social-movement building. Empathy alone cannot solve ingrained hierarchies of power because it is produced in and though those very hierarchies. When the structural conditions underlying persistent social and economic inequalities remain unaddressed, such cleavages become increasingly vulnerable to exploitation.

This is not to say that feeling—including empathy—has no role to play in addressing inequality and injustice. Though empathy is ambivalent and fallible, it points to our persistent longing for connection and reciprocity, which are necessary for the development of real solidarity across social, cultural and economic differences. But in a world where hope and opportunity are distributed unequally, we need to ask what kind of connections we want.