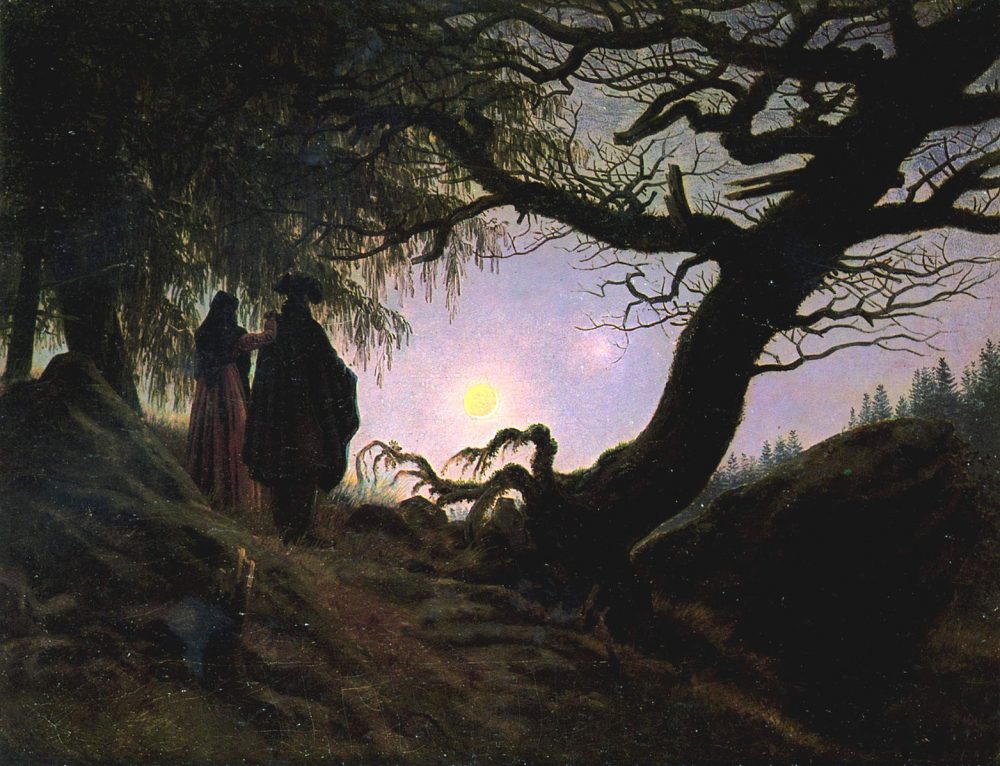 Empathy seems to be one of the most “natural” emotions, but before 1908, no one in the English-speaking world had heard of it.

And when it did appear, “empathy” was a translation from the German Einfühlung, literally “in-feeling,” with the surprising meaning of projecting one’s own feelings into nature and objects of art.

This meaning is strange to us now. But the feeling we call “empathy” has shifted dramatically over the last century from a description of an aesthetic response, to a moral and political aspiration, to a clinical skill, and today, to the firing of neurons. Returning to empathy’s roots—to once again think about the potential for “in-feeling” with a work of art, a mountain, or a tree—invites us to re-imagine our connection to nature and the world around us. 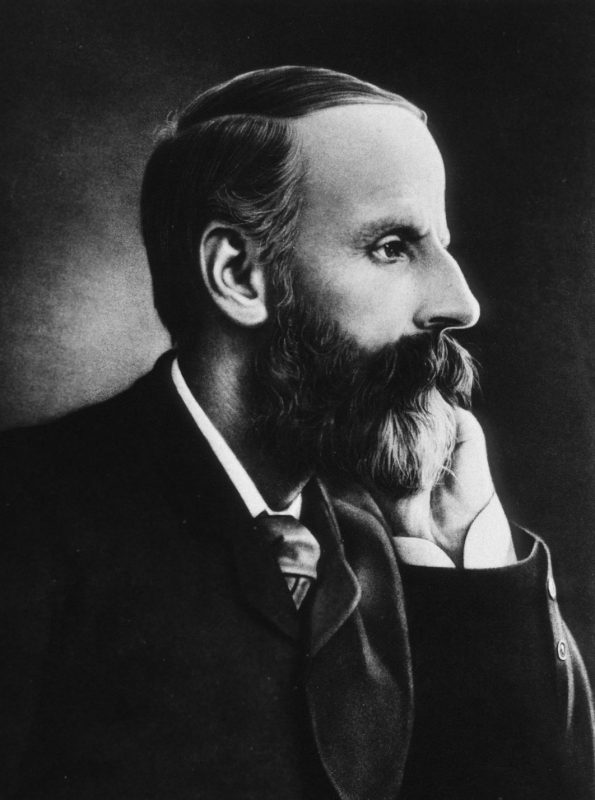 James Ward, one of two psychologists who brought “empathy” into English. Image courtesy of Wikipedia Commons.

Aesthetic empathy was first described in the 1870s, when father and son art historians Friedrich and Robert Vischer expounded on Einfühlung to explain how we imaginatively bend, stretch, or shrink ourselves to inhabit forms we perceive. To “feel into” a Doric column was to feel it reaching upwards; to feel into a winding road was to sense it hesitating; and to feel into a heavy weight sitting on a pillar was to experience it straining earthwards.

With Einfühlung or empathy, one experiences beauty by unconsciously melding one’s feelings and impulses of movement with the object. To imagine a mountain rising is to project my own feelings of striving upward into it. Psychologists vigorously debated whether the phenomenon engaged actual movements of muscles and limbs, or was merely a mental exercise that made use of “the mind’s muscles.”

As it happened, the same decades that saw Einfühlung become vital to art psychology also saw the rise of the new field of experimental psychology. Students from all over the world flocked to German psychological institutes and laboratories to carry out experiments evaluating sensation and perception. It soon became imperative to translate German terms into English. It was thus in 1908 that two British psychologists, Edward Titchener and James Ward, coined “empathy” for Einfühlung.

Titchener, director of the Cornell psychological laboratory, fashioned the term empathy on analogy to sympathy, but distinct from it. Sympathy, a much older term, was touted by moral philosophers of the 18th century as an in-born moral sentiment. Adam Smith, famous for his free-market economics, called sympathy a means of “changing places in fancy with the sufferer.” But if sympathy meant one felt with or alongside of another, Titchener explained that with empathy one entered into the object and experienced it from the inside.

Empathy was first described in these years as a kind of “aesthetic sympathy.” But empathy soon expanded to take over the territory formerly covered by sympathy. German and American psychologists debated the merits of empathy between individuals, and empathy for objects became less popular. 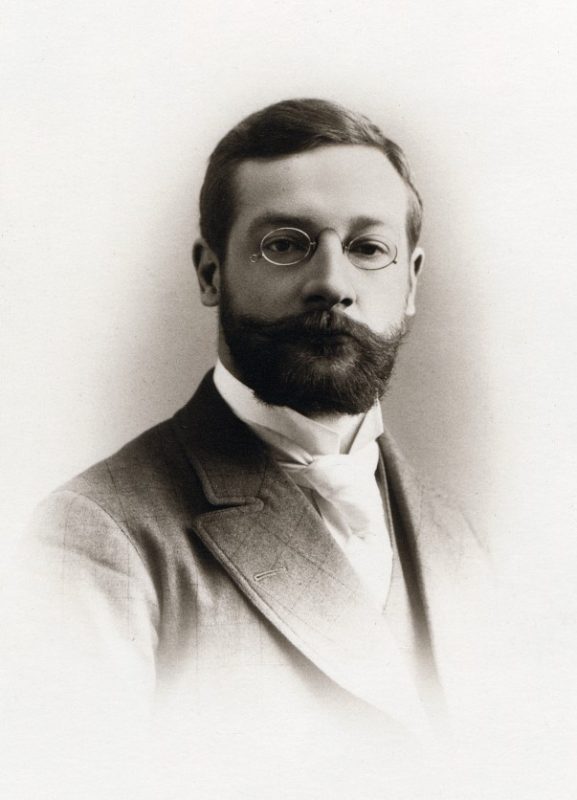 Edward B. Titchener, one of two psychologists who brought “empathy” into English. Image courtesy of Wikimedia Commons.

As a means to understand others, empathy gained cultural influence after the Second World War. Soldiers suffering from war trauma and neuropsychiatric injuries put clinical psychologists and psychiatrists in high demand. Some clinicians turned to empathy as a therapeutic skill that required the therapist to put aside judgment in order to see the world more fully from the client’s perspective.

Furthermore, the war had exposed social fault lines between those of different races, religions, and cultures. Social scientists began to take a new look at empathy as a way to improve interpersonal relations. Experimental psychologists developed tests of empathy as a capacity which, similar to intelligence, could now be measured and quantified. A variety of empathy scales were designed to chart who possessed more, and who had less, of the ability.

In popular journals and newspapers of the 1950s, advice columnists touted empathy to better connect husbands and wives, mothers and daughters. Performers such as Lucille Ball spoke of empathy with their television audiences, and psychologists studied empathy between workers and managers in industrial settings. The concept of “cultural empathy” circulated in the 1960s to forge links between those with different ethnic, racial, and national identities.

Only recently, however, has empathy garnered new attention as a hard-wired capacity in the brain. In 1996, scientists in a neurophysiology laboratory in Parma, Italy, announced the discovery of “mirror neurons.” These neurons, wired up in a macaque monkey’s prefrontal lobes, fired not only when the monkey performed an action, but also when the monkey perceived another monkey performing that action. Neuroimaging experiments soon determined that humans possessed a mirror neuron system spread across different areas of the brain.

The use of neuroimaging techniques to test social psychological abilities has exploded over the past decades in the interdisciplinary field of social neuroscience. Empathy is now frequently identified as a pattern of neural firing. Social, cognitive, and neuro-scientists still struggle to precisely define empathy’s many varieties, and debate how it can be measured in the laboratory. Some neuroscientists argue that empathy is a complex social response that relies on both emotional and rational components, and can best be appreciated in real world settings.

But these debates don’t question that empathy is an interpersonal connection. The very design of “mirror neurons” experiments reveals that we regard empathy only as a way to understand other humans.

We’ve come a long way from a sense of “empathy” that celebrates our ability to enter into divergent forms, and non-human, even inanimate, objects. Today, we discount the capacity to inhabit objects with our imaginative power. We even fault this kind of projection of the self’s feelings as a naïve humanizing of things and nature. To say, as Vischer did, that “a tree bends and shakes its head like a weary human being,” sounds to contemporary ears to be an unscientific anthropomorphism.

And yet, there may be a pressing reason to see ourselves in nature once again. Aesthetic empathy might help to bridge the cleft between humans and our natural environment. We might consider how to cultivate an ability to live within and animate our natural world, as these early theorists described.

Doing so might offer a vital emotional and imaginative spur to efforts to avert climate change. What if we bolster a rational grasp of the scientific consensus that we are rapidly moving toward climate catastrophe, with an engaged, empathic immersion in nature? If we can perceive that a tree wearily shakes its head, can we also sense the pain that might be felt by melting icebergs, eroding shorelines, and devastated coral reefs? Artists and aesthetic psychologists celebrated this powerful human capacity over a hundred years ago. It might be time to revive it.