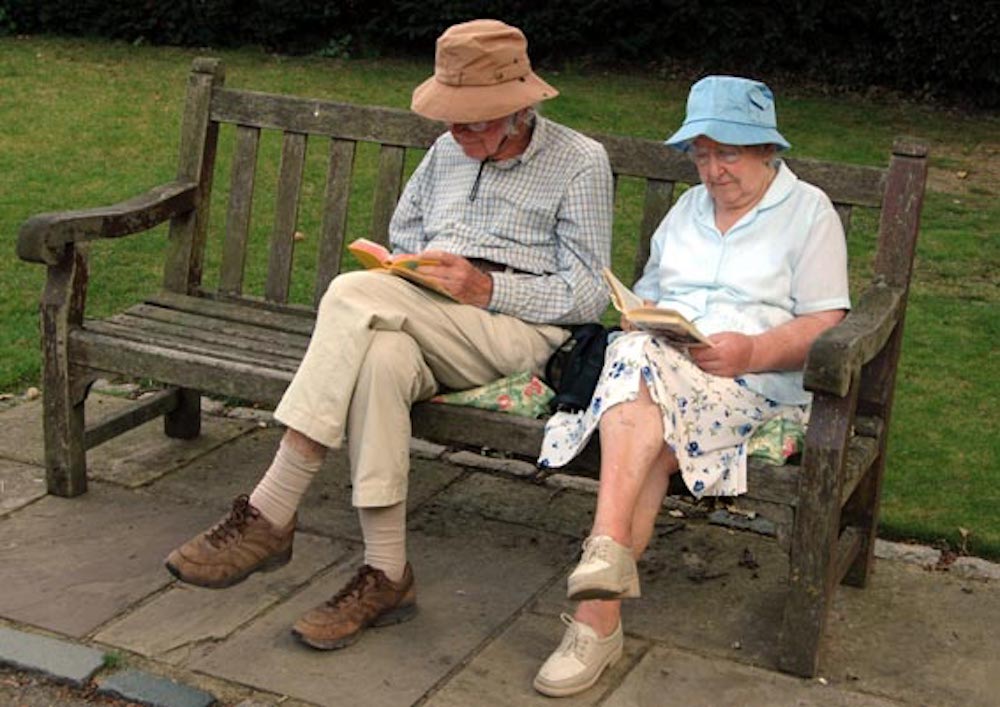 In 2013, Science published a study with the intriguing title, “Reading Literary Fiction Improves Theory of Mind.” The authors (David Comer Kidd and Emanuele Castano) claimed to have proven that literary fiction—not “genre” fiction, not well-written nonfiction, but literary fiction—develops our “theory of mind,” which means our ability to recognize other peoples’ thoughts and feelings. This ability, in the words of the authors, “allows successful navigation of complex social relationships and helps to support the empathic responses that maintain them.”

Newspapers and magazines were quick to report these results. A few were skeptical. Maria Eugenia Panero was one of several psychologists that tried to replicate the findings. In 2016, she was a lead author of a report that failed to replicate the exciting conclusions of the first study and found “no significant advantage” in literary-fiction readers when it came to theory of mind. Basically, Panero and her co-authors suggested, the study seemed too good to be true because it wasn’t true. Or at least, it wasn’t definitive.

We spoke with Panero about why this investigation appeared to be so compelling and what we can know regarding art and empathy.

Q: What can you tell us about the relationship between empathy and theory of mind?

Q: How does one measure theory of mind?

A: There are several oft-used measures. We used a widely used measure that is sensitive to individual differences in adult theory of mind called the Reading the Mind in the Eyes test developed by Simon Baron-Cohen. You are asked to look at pictures of someone’s eyes and to decide what that person is thinking or feeling. You are given a choice of four adjectives to choose from. This measure has been criticized as being too much of a vocabulary test. In our study and the original study that we tried to replicate, we only had native English speakers participate. Because if you’re not a native English speaker—or even if you are!—if you just don’t have that level of vocabulary, you could do worse on the test and that doesn’t necessarily mean that you have lower theory of mind. Right now this is pretty much the only measure that can be used for adults. The others are used for young children, but are easy enough for adults that you would not get any individual differences. We need new adult measures. 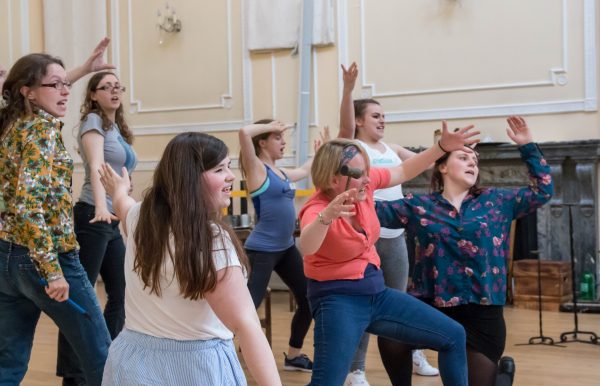 Volunteers rehearsing for a production of The Beggar’s Opera. Photo courtesy of Nick Ansell/Flickr.

Q: Why did the experiment fail to replicate?

A: Well, the original study had very small effect sizes. That’s a statistical term, and it reflects the fact that when you actually look at the average scores on the Eyes test after each kind of text, the differences between the means are very small. When you have tiny effect sizes, things are not likely to replicate. It was just not a robust finding.

Another reason why we did not get a difference in the Eyes test between literary and popular fiction, as they did, is that both kinds of fiction are really about mental states. So there is really no good theoretical reason to expect literary fiction to prime theory of mind more than popular fiction might.

Q: The original study got a lot of press. Why? Are we “cheering for” empathy? Or novels?

A: Absolutely. All of the above. Pretty much anything that gets published in Science gets a lot of attention. But we want to believe in literature. We all have this intuitive sense; we’ve been moved by a work of literature at some point or a novel has helped us or we’ve related to a character. We all want to believe that there is something there. We just haven’t been able to prove that scientifically. So for a study to say, oh we found the proof—that’s just really exciting. It pulled at the heartstrings. Also [with regard to] autism-spectrum disorder, one of the things that people with autism struggle with is theory of mind. If we can find a way to help that’s exciting.

Q: There’s a long history of arguments about whether experiencing art can make us better people. What can psychology tell us about that? And is empathy a part of that?

A: Now I’m in the Arts and Mind Lab in the Psychology Department at Boston College, directed by Ellen Winner; we look at any kind of overlap between arts and psychology. We often sit around and ask these questions. While there have been many claims that the arts make us better people, more moral, more empathic, there has not been much clear evidence that this is so. The arts might help you because you like them! And so you might be more focused, or it might relax you. But we just haven’t seen that it actually makes us “better.”

One thing that the original study showed, and that we did replicate, is that people who read a lot of fiction throughout their lifetime do have higher theory of mind (as measured by the Eyes test). But note that this does not say anything about causality: reading fiction might improve theory of mind, but it is also plausible that people strong in theory of mind are drawn to fiction.

There have been studies of the effects of other types of art. Theater has been shown to help kids with their social skills and with empathy. But studies need many control groups to rule out alternative interpretations. For example, theater might help with social skills just because kids are interacting with other kids that have similar interests. Perhaps you would get the same results with sports if that child preferred to do sports. There are studies that may show a correlation (like kids who study music do well in school) but it’s really difficult to prove causality (like music improves academic performance).

While there have been many claims that the arts make us better people, more moral, more empathic, there has not been much clear evidence that this is so. The arts might help you because you like them! And so you might be more focused, or it might relax you. But we just haven’t seen that it actually makes us “better.”

Q: Let’s turn this around. Maybe the arts don’t help us understand people, or empathize with them, but maybe people who understand and empathize well are better artists?

A: I want to say yes but I don’t have any specific scientific evidence. As a writer you have to know what your audience is going to understand or not understand. Or what information you want your characters to have. As an actor you have to really understand the point of view of all of the characters and the circumstances that are happening. So I definitely want to say yes; I just don’t have any real evidence for that. It could be that people who happen to have high theory of mind gravitate toward the arts, or that being involved in the arts helps someone increase their theory of mind.

Q: What made you want to study empathy?

A: I used to be an actor. I studied musical theater in New York and I became really interested in my own experience as an actor trying to research characters and understand the lives that they—you try to connect emotionally with the characters, feel those emotions. I actually became more interested in that than actually doing it! Then I found this lab, the Arts and Mind lab, where the principal investigator and most of the grad students in it come from an arts background. The lab director, Ellen Winner, used to be a painter, I used to be an actor, there’s another student who used to be a musician. We all come from arts backgrounds and come up with questions from our own life experiences.

Q: Have your experiments confirmed or denied your own experience?

A: In my master’s thesis, I looked at actors and dissociation. Dissociation is typically referred to as a bad thing. There are dissociative disorders that include multiple personalities, or having depersonalization, that is, experiencing a disconnect between your mind and body—looking in the mirror and not being able to recognize yourself. So it’s not a good thing. There’s also a part of dissociation that has a lot to do with fantasy and absorption. If you’re constantly fantasizing, you have your head up in the clouds, that could be a bad thing, you can’t really function. But a small amount of fantasy is fun, it’s healthy, it helps us to relax, and to see things in new ways.

What I saw in the theater world was this really big push for actors to “become” another character and really step into their shoes and live their lives and feel their emotions. And that really was taking a toll on some people. I thought that that was pretty similar to dissociation, to feeling a disconnect from your true self. In my studies I found that actors do tend to score higher dissociation measures compared to non-actors. Which again could be a bad thing. But the type of dissociation they have is this absorption-slash-fantasy type of dissociation, which is related to empathy and perspective taking. So it’s not like they forget who they are. They’re in control. That was really fulfilling for me to find because it was what I thought I was seeing in my own experiences—so it was nice to be able to find that scientifically. As long as you can control it, it’s just part of your art.