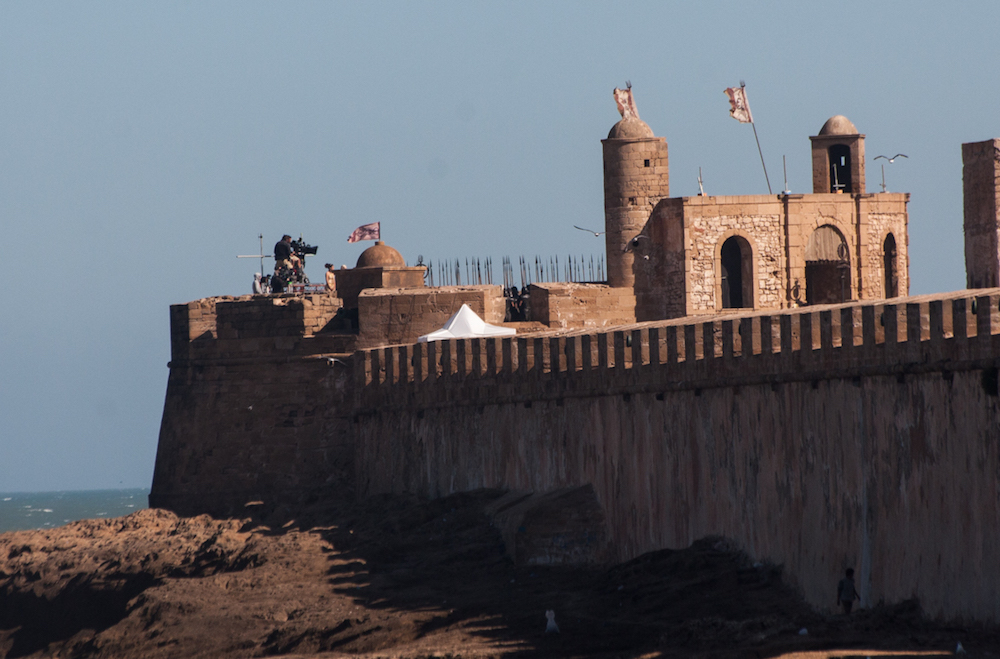 Game of Thrones filming in Morocco in 2012. As the show has now passed the timeline covered in the published novels upon which it is based, the later seasons of the show can be considered fanfiction. Photo courtesy of Mohamed Amine L/Flickr.

As Game of Thrones looks to its eighth season, the show—strictly speaking—is no longer filming the books of George R.R. Martin’s A Song of Ice and Fire. Of course, it is still using the characters, world, and settings that Martin established (though its sometimes-drastic departures from the source material have been the cause of controversy before). But as the show has passed the timeline covered in the published novels, it is writing its own narrative without the need to reference a pre-existing canon. The biggest franchise on television has become, instead, a work of fanfiction.

What’s more, whether through this medium or another, and whether you’ve realized it, you’ve been enjoying fanfiction for a long time. From John Milton’s epic poem Paradise Lost (published in 1667) to Game of Thrones (and many more examples) in the present, fanfiction has formed a fundamental part of our creative experience, and will only do more so in the future.

In its simplest definition, contemporary fanfiction is the act of creating stories using the settings, plot elements, subtexts, and characters of a previously established fictional universe—from television, video games, movies, musicals, books, comics, or other sources. It can take the form of anything from brief imaginative snippets, to missing scenes of a TV episode, to standalone book-length works that are written as well as, or better than, many published novels—and all available for free.

It is posted and circulated on dedicated fanfiction sites such as Fanfiction.net, Archive of our Own (AO3), or blogging platforms like Tumblr. These places boast millions of users and entries in tens of thousands of categories—if you can think of it, fanfiction does it. I’ve been writing fanfiction since 2003 (and original fiction for longer), and it has been integral to my enjoyment of popular media, development as a writer, formation of a circle of friends, and imaginative engagement with the world.

Critics of fanfiction dismiss it as a niche subset of badly written porn (think 50 Shades of Grey) bordering on plagiarism—in short, a bunch of weirdoes on the internet who rip off other people’s stories because they lack the talent to create their own. Several noteworthy authors, Martin among them, believe that fanfiction is essentially derivative copycatting that doesn’t fill any need or perform any important work, and are uncomfortable with the idea of their characters being used outside the plots and situations they originally imagined. I understand this mindset, to an extent. But I strongly feel that those who ignore or deride fanfiction are missing something vitally important about the way in which we interact with our favorite media these days, and the power and creativity that these stories inspire. 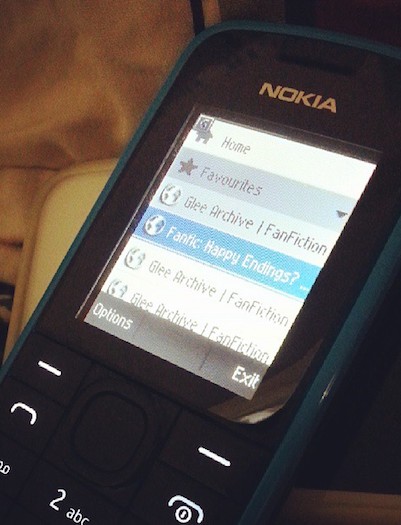 While fanfiction in its current form is a recent invention—it’s generally accepted to have been started by Star Trek fans in the 1970s—it has a much longer history. Adaptations, illustrations, and reinterpretations of stories have existed as long as stories themselves. Leonardo da Vinci’s The Last Supper is “Bible fanart,” and Milton’s Paradise Lost is “Bible fanfiction.” Shakespeare borrowed from countless other authors. J.R.R. Tolkien reworked old myths and legends (and a legion of imitators reworked Tolkien). Then movies, television, tentpole franchises, and the internet came along, and everything was up for grabs.

Nearly everything in popular media right now is somehow based on pre-existing work (how many reboots is Hollywood making?). ABC’s Once Upon a Time uses Disney/classic fairytale and literary characters, FOX’s Lucifer spins on Paradise Lost and the Bible, and Starz’s Black Sails is a prequel to Treasure Island—and this is to name only three shows that I have watched and written fanfiction about. Then there’s Still Star-Crossed, which had a brief run on ABC this summer. It’s a TV adaptation of a novel set after the end of Romeo and Juliet and, yes, it already has fanfiction. These young fan authors are re-writing Shakespeare’s characters (which he himself adapted) almost half a millennium later, reinventing and retelling them. I don’t know about you, but I find that absolutely delightful.

Indeed, the human appetite for stories is one of the most universal things about us. Fanfiction fills our insatiable need to know “what happened next,” and empowers us to take part in finding out. Every fanfiction author I know has a treasured review (or several) from readers explaining how they were engrossed by a story, how it helped them through a difficult place in life, or how much they enjoyed this new take on things. When we love characters and worlds, we want more, and since there is an obvious limit on how much can be produced from the source, we have to take it upon ourselves. Fanfiction lets readers move from passive reception to active creation.

Most importantly, it creates community. It is often given as a present between online friends, or used as a collaborative endeavor. After all, reading has only recently in human history become a private, silent act done by one person. Books were once rare and valuable, so stories belonged to an oral tradition, designed to be shared and passed down. We’re merely doing it in a modern context, in our own free time and for no money or fame, because we love the story and want more of it. Fanfiction is artistic democracy with a side of anarchy, turning traditional hierarchies of supply and demand on their heads. There is no one central or official authority, and no divide between author and audience. Everyone can be both creator and consumer of fanfiction, offer their own take and theories on the material, and all contributions have the chance to be considered equally. It is the ultimate in crowdsourced creativity.

So why is it so reviled?

In my experience, fanfiction is put down, stereotyped, and dismissed largely because it is such a female-dominated space. An overwhelming majority of fan authors are women, and you only need to be a conscious person in the world to know how it goes when we try to play with the boys’ toys, or have any assertive online presence at all. A mob of white men with Twitter accounts are ready to magically disprove the existence of sexism at the drop of a hat, and when you add racism, religion, queerness, and other factors, it becomes even more fraught. Consider the uproar over the all-female Ghostbusters, or the recent recasting of Doctor Who as a woman; the amount of reactionary male gatekeeping in many intellectual properties is both absurd and absurdly predictable. Women are often challenged on whether they’re “real fans,” despite being some of the most active and engaged members of fandom communities. 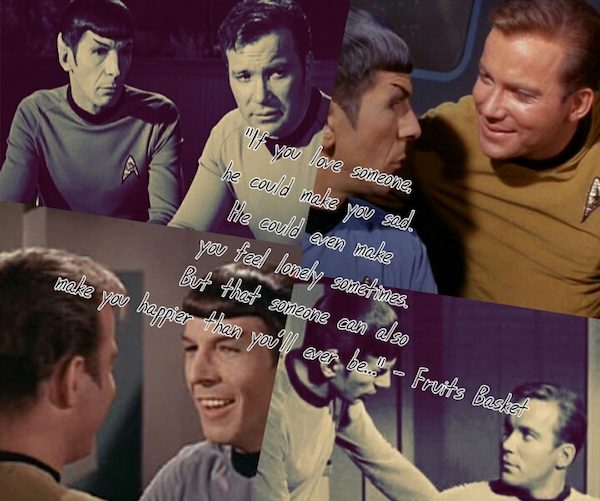 Fanfiction authors have dreamed up countless sequels, prequels, and re-imaginations, riffing on a previously established universe (such as that of Star Trek, shown here), often sharing in online forums. Image courtesy of Deviant Art.

Because fanfiction takes an interest in sex, gender, and politics—and because it critiques or reworks the source text, transforming characters and settings into different or minority iterations of themselves—it is by its very nature provocative, transgressive, and challenging. Perhaps it’s unsurprising that one of the first famous authors to openly talk about and accept it—Harry Potter’s J.K. Rowling—is a woman. Both Rowling and Twilight’s Stephenie Meyer have broken ground in encouraging their readers to write and share stories set in their worlds, and both franchises rank near the top of the list when it comes to the most fanfiction. For example, an increasingly popular fan re-interpretation visualizes Harry Potter himself, the Boy Who Lived, as a Desi/Indian man and Hermione Granger as a black woman (indeed as she was cast, with actor Noma Dumezweni, in the Harry Potter and the Cursed Child play in London’s West End). The act of allowing some of this generation’s most popular and ubiquitous fictional heroes to represent their fans of color is emblematic of the power that fanfiction and fanart can have for its creators.

I don’t want to paint the world of fandom as a postmodern utopia. The increasing recognition of fanworks, and the availability of social media, has led to toxic bullying campaigns and other backlash against authors, actors, and screenwriters for not conforming to popular fan interpretations. As well, white feminism and internalized misogyny are often present—in other words, while women are mostly doing the writing, women of color or characters of color, or female characters at all, can still suffer. But no one should reduce or dismiss the entire enterprise just because, like any collective cultural production, it has problems. I’m always wary of anyone who wants to stop a conversation or creation cold.

Perhaps the real issue isn’t with fan artists and authors, hungry to engage with stories they love, but with a mainstream media that gives an increasingly diverse, interested, creative, and thoughtful subculture of all ages and backgrounds so little opportunity to see itself well-represented, and that scoffs at our efforts to fill the space. Fanfiction offers both an escape from our often alarming current reality, and a critical reflection of it. It’s not at all shocking that we want to explore our new takes on old stories, and have them taken seriously. Until the zeitgeist finally catches up, we’ll have to tell them ourselves—and even when it does, we’ll still write fanfiction.

Have a favorite story, and want more of it?

How about you come on down.