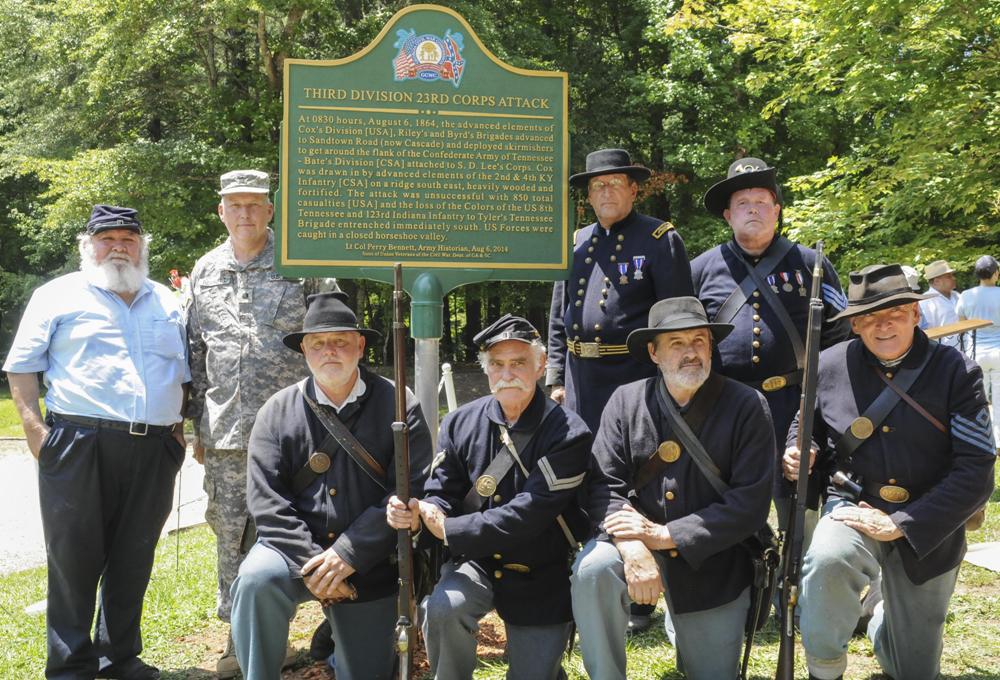 It began as a loving effort to heal the South’s wounds, to properly mourn the young men who gave their lives for a lost cause, and to extract dignity from the humiliation of defeat.

Immediately after the Civil War ended, the white women of the South went to work. They tended graves, erected modest monuments, and followed former president Jefferson Davis’ plea to “keep the memory of our heroes green.” The South had lost one-third of its white male population between the ages of 20 and 45. Its economy was shattered, its fields were desolate; and starvation was not uncommon. It was more fulfilling to commemorate the past than to dwell on the present.

While the white South settled in the past, the black South looked toward the future. To the former slaves, the result of the war was cause for jubilation. Reuniting families, consecrating churches, securing an education and gainful employment, migrating to Southern cities, and engaging in political activity consumed their lives. There was no compulsion to continue fighting the Civil War. They had won.

These perspectives on the war and the future were irreconcilable. The result was escalating racial conflict in the decade after the war. White Southerners won that battle, attaining a measure of redemption for their defeat in the war. In fact, those white leaders who wrested control of their state and local governments from aspiring African Americans and their white allies were known forever as “Redeemers.”

By the time the last Federal troops left the South in 1877, the Redeemers, along with their allies of the pen and in the pulpit, had made a religion of their history. Stonewall Jackson’s last words—“let us pass over the river and rest under the shade of the trees”—became a Methodist hymn. As Southern novelist Thomas Nelson Page wrote in 1880: “The South was dead and buried, and yet she rose again. The voice of God called her forth; she came clad in her grave-clothes, but living, and with her face uplifted to the heavens from which had sounded the call of her resurrection.”

Civil War heroes became saints, memorialized in stone and marble. The statues that inhabit the South today, then, are more than historical commemorations; they are religious devotions; they are the icons of a redeemed race. The fierce battles over their continued public existence reflect what these images symbolize.

The symbols also reflected white supremacy. In the 1890s, the first postwar generation of Southern whites and blacks came of age. For whites, the task was to rededicate the South to what they saw as the righteous path set down by their parents. At the same time, young African Americans contested strictures on their work, education, and political activity. Their aspirations challenged the belief that whites were indeed the superior race and that African Americans lacked the capabilities to accrue education and participate in the political process.

The white South responded to black aspirations by legislating disfranchisement and racial segregation, and policing transgressions, real and imagined, by forced labor and lynching. These tactics effectively swept African Americans from any visible participation in Southern life. It was also the era, not by coincidence, that organizations such as the United Daughters of the Confederacy and the Sons of Confederate Veterans helped to erect a second wave of memorials, statues that populate most Southern towns and cities.

Today’s controversy over Confederate symbols reflects less a battle over historical interpretation, than a loss of power.

The saga of the Confederate battle flag highlights the close connection between such symbols and white supremacy. Mississippi and Alabama, for example, redesigned their state flags to more closely resemble the Confederate battle flag in the 1890s. The Alabama state flag is the same as the battle flag except in color: It has a red cross on a white field, a scheme consciously employed to evoke white supremacy. As a historian of the Alabama flag wrote, its purpose was “reminding white people of their common nationhood and common ethnicity,” a purpose “identical with the writing of segregation into statute books.” Once the racial lines were set in law and symbols, the old Confederate rebel flag receded as a public emblem. Only in the late 1940s, with the beginning of the Civil Rights movement, did the Civil War standard reappear as a symbol for white power.

Those who claim that Confederate symbols represent heritage not hate, and that states’ rights not slavery propelled the Union’s dissolution, have an increasingly difficult time refuting the historical record that stretches from the 1850s to the present. They claim that extremists like the Ku Klux Klan and the neo-Nazis have hijacked their symbols. In fact, it was the other way around. The Lost Cause was so larded with white supremacy that it became a natural attraction for these groups.

But today’s controversy over Confederate symbols reflects less a battle over historical interpretation, than a loss of power. Power, specifically white power over blacks, propelled the erection of the statues and the unfurling of the battle flag. Those white Southerners who still care deeply about this legacy feel under siege. African Americans hold political offices across the region, textbooks matter-of-factly identify slavery as the primary cause of the Civil War, and millions of people from other parts of the country and the world have moved into the region. And, frankly, they don’t give a damn—about the symbols, the Lost Cause, the old historical controversies, and the war itself.

The South’s economic leaders view these symbols as liabilities. The diversity of large professional and corporate organizations has rendered them more sensitive to racial, ethnic, and gender controversies. Given the abundance of alternatives for holding a convention, it became easier to select a site less likely to generate controversy. When South Carolina removed the battle flag from its statehouse grounds in Columbia, for example, the decision ended a nearly 15-year boycott by major conventions and NCAA championship tournaments that had cost the state more than $16 million.

Still, the Civil War and its aftermath remain deep in the cultural sinews of the South. I know people who are not in the heritage groups, but who have affection for their ancestors and their sacrifices, even if they condemn their racial views. Hodding Carter III, the courageous journalist who stood up to the white supremacists of Mississippi in the 1960s—and later served as Assistant Secretary of State for Public Affairs in the Jimmy Carter administration—acknowledged that opponents of the rebel flag are right but confessed, “It still grabs me …. Right or wrong, our ancestors fought, suffered, retreated, died, and were overcome while sustained by those same symbols.”

True, but as the philosopher George Santayana stated, “loyalty to our ancestors does not include loyalty to their mistakes.”

Whatever communities decide concerning their Confederate icons—to dispatch them to a museum, to add explanatory tablets, to erect statues honoring the contributions of Southern blacks—they should not disappear. Their educational value more than transcends their hurtful implications.

There are already templates for coming to terms with the Southern past. Today, if you go to Thomas Jefferson’s home at Monticello; to colonial Williamsburg; or to the National Museum of African American History and Culture in Washington, D.C.; or the Levine Museum of the New South in Charlotte; or the Civil Rights museums in Memphis, Birmingham; Greensboro, North Carolina, or Jackson, Mississippi, you will find that African American history is no longer invisible. The black story does not negate the white story of the South; it serves both as a complement and a corrective to an interpretation that has prevailed in marble, stone, and fabric for 150 years.

Such inclusion may not result in reconciliation. But for many Southerners (both native and adopted), inclusion will likely generate greater understanding of our history and maybe even tolerance.

If the white South can give anything to the nation from its experience in the Civil War, it is the knowledge that war generates untold death and destruction—and that what good may come from war is often long delayed. African Americans would wait 100 years after this war of liberation to win their basic rights of citizenship. Their struggle did not end at Appomattox. It continued through Selma and Charlottesville, and the broken bodies and shattered lives in between.

What Southern whites and blacks ultimately share, then, is this sense of war’s unintended and tragic consequences, the most tragic of which is that it has kept apart two peoples who have shared the same soil for four centuries. It is the common ground of a common heritage.