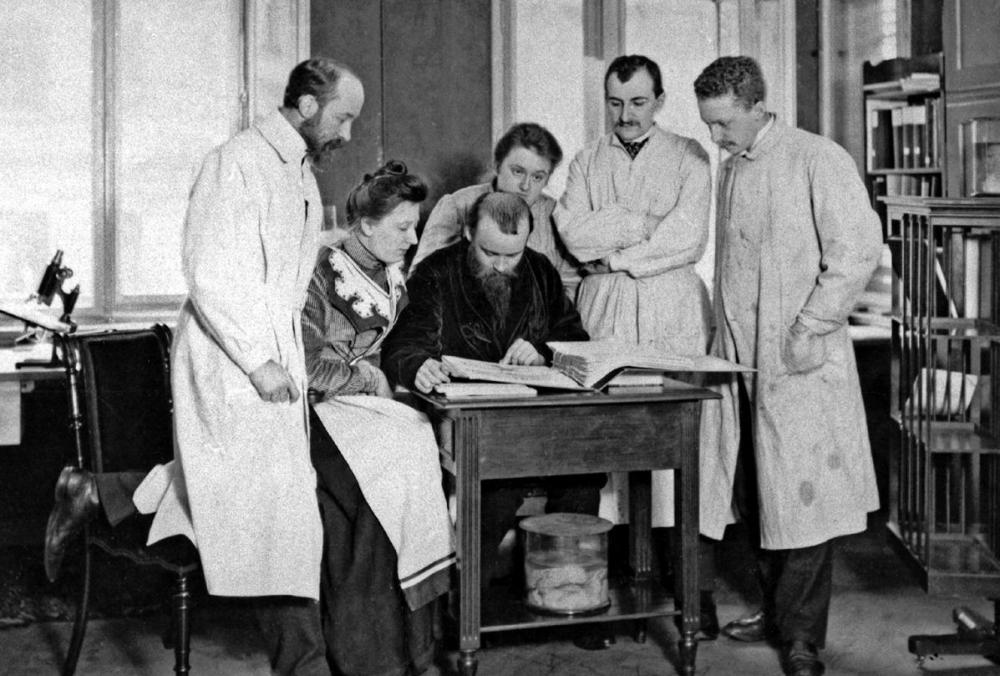 Korbinian Brodmann and some of his colleagues. Photo courtesy of Wikimedia Commons.

The human brain is the most intriguing object in the universe, populated with 100 billion neurons connected by nerve fibers, which, if laid end to end, could circle the earth four times. British neurologist Macdonald Critchley spoke of “the divine banquet of the brain … a feast with dishes that remain elusive in their blending, and with sauces whose ingredients are even now a secret.”

He was right, especially about the brain’s divinity. As some of the brain’s secrets have been revealed, we’ve been able to see surprising connections between the evolution of the brain and the very human practice of seeing gods in charge of our universe.

I am a psychiatrist and researcher on schizophrenia and bipolar disorder. Twenty years ago I started collecting postmortem brains to facilitate this research, and became interested in how our brains evolved. A century ago the German researcher Korbinian Brodmann published data showing which parts of the brain developed early in human evolution and which parts developed more recently. At that time, relatively little was known about how specific brain areas functioned, so it was not possible to interpret the evolution of the brain’s inner workings.

But over the past two decades, brain-imaging techniques—including functional MRI’s and diffusion tensor imaging—have allowed us to say with relative certainty which brain areas are responsible for specific cognitive abilities—and thus the order in which we acquired them. 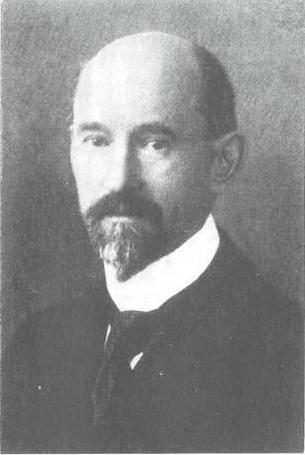 Korbinian Brodmann (1868-1918), the German researcher who published data showing which parts of the brain developed early in human evolution and which parts developed more recently. Photo courtesy of Wikimedia Commons.

Take for example the fact, demonstrated by archaeological evidence from caves in South Africa, that approximately 100,000 years ago early humans began to adorn themselves with necklaces. They also began wearing more tailored clothing, as shown by studies of the evolution of body lice that attach to clothing. Early humans had become aware, for the first time, of what other people were thinking about them. Does my new bearskin look good on me? Will people like my necklace of seashells? The consumer economy had been born. And since we now know the specific brain areas that are involved in thinking about ourselves—introspective thinking, as it is called—we also know when those brain areas and introspective thinking developed in the course of human evolution. As a result, we now have an evolutionary timeline for the development of specific human cognitive traits.

I found this intriguing, particularly because I majored in religion as a university student. And because, over the years, I visited many of the world’s religious shrines, including Europe’s Gothic cathedrals, Peru’s platform mounds, Egypt’s pyramids, England’s stone circles and monumental earthworks, and Turkey’s Gobekli Tepe, discovered in 1995 and apparently built about 11,500 years ago as the world’s first known holy place. Now, with a timeline of human cognitive traits, another thought occurred: We might be able to track the development of human religious thought and specifically our beliefs about gods.

So I began to merge the new neuroscience of brain evolution with what is known archeologically regarding hominin behavior at different stages of development to get a sense of how our thinking about religion evolved. I also reviewed the anthropological literature regarding thinking about gods among contemporary hunter-gatherer societies. And finally, I consulted some theories on child development. As child development specialist Jean Piaget noted, “the development of thought in children closely parallels the evolution of consciousness in our species.”

Ultimately I concluded that human thinking about gods probably had its origin in brain developments that occurred about 35,000 years ago. At that time humans acquired the ability to project themselves backwards and forwards in time in a way not previously possible. Psychologists refer to it as having acquired an autobiographical memory. This period was marked by extraordinary advances in human behavior, including new tools and weapons, the first musical instruments, sculpted ivory figures, and thousands of drawings and paintings in the caves of Spain and France.

This period also saw the first unequivocal examples of human burials with valuable grave goods, indicating a belief in an afterlife. This was an important development because the acquisition of an autobiographical memory enabled modern humans to understand fully and for the first time that they were ultimately destined to die. Faced with such knowledge, we created an afterlife for ourselves so that death would not be our final end. The afterlife was peopled by those who had died in the past—our ancestors. Proof of their existence in an afterlife came from dreams in which our ancestors sometimes visited us. Even today in hunter-gatherer societies it is common for people to interpret their dreams in this manner.

Thus began the practice of ancestor worship, which posited that your deceased ancestors could help you. This was probably the main form of religion from about 35,000 years ago until the beginning of the agricultural revolution. As long as you had ancestors looking after you there was no need for gods.

All this changed about 10,000 years ago when people began to plant crops, domesticate animals, and settle on the land. Previously deceased members of the group had been buried wherever they had died, as demanded by a migratory lifestyle. However, the new settled lifestyle allowed relatives to be buried beneath the family’s house. In some cases, the skulls of deceased relatives were displayed in the house.

Human thinking about gods probably had its origin in brain developments that occurred about 35,000 years ago. At that time humans acquired the ability to project themselves backwards and forwards in time in a way not previously possible.

By 8,000 years ago some skulls were being painted and modeled with plaster so as to resemble a human face, suggesting that ancestor worship was becoming more elaborate and important. Human masks and human figurines, some three feet tall, also appeared.

As the agricultural revolution progressed, people began living together in villages, then towns, and finally cities. Each hunter-gatherer group had brought its ancestors to be worshipped, and as the towns increased in size a hierarchy developed among the ancestors, with some considered to be more important than others.

Ultimately a few very important ancestors broke through the celestial barrier and came to be regarded as gods. This probably happened between 7,000 and 8,000 years ago since by 6,500 years ago, when the Mesopotamians were using a written language for the first time, they recorded the existence of several gods. This was the origin of modern gods and religions.

Given our new technology for studying the brain, we are on the threshold for better understanding how and why it works as it does. Just as our genome includes DNA inserted thousands and millions of years ago, so too our brains include ancient functions. By better understanding the evolutionary origins of such functions perhaps we can improve our species.