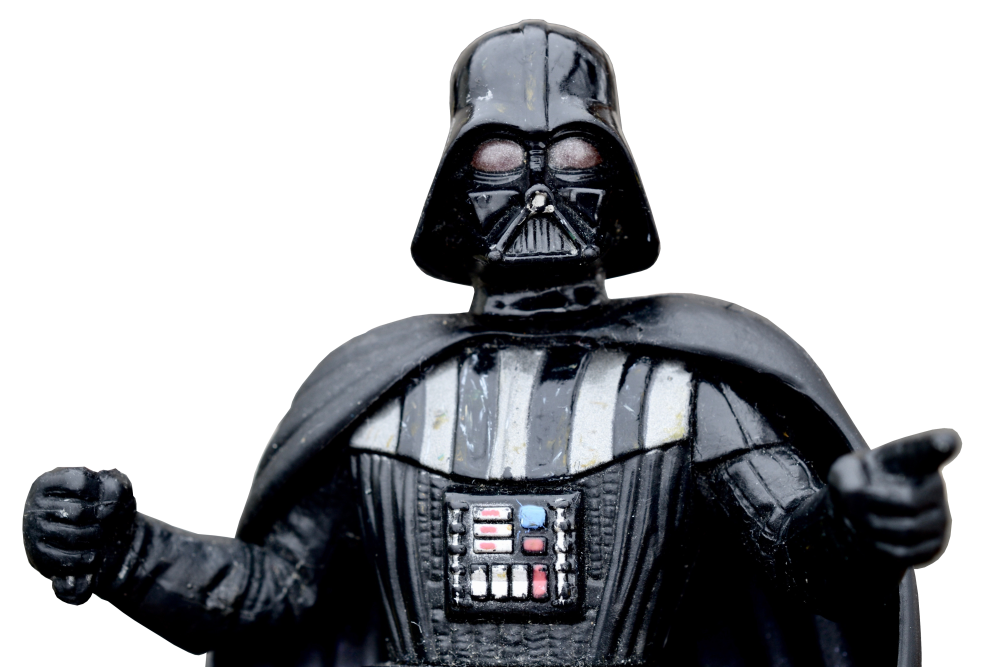 Bad dudes can bring people together to combat evil—and show us the dark side of ourselves. Photo courtesy of Pixabay.

It’s hard to find a villain who can bring Californians together these days.

That—more than any other factor—is why Charlie Manson’s death produced so many remembrances in California media. Manson was a murderer, but he also represented the time, a half-century ago, when people had enough in common to share certain experiences—like fear of the crazed killers of the Manson Family.

Today, it’s difficult to think of a villain we all have in common. Politically, we’re too polarized to agree on who is the bad guy. Academically, we’ve discredited the notion of individual evil in favor of blaming wrongdoing on systems. And culturally, we’re so large and diverse that we don’t share the same knowledge or references—never mind the same enemies.

It’s too bad that we don’t share a sense of the too bad. “The more successful the villain, the more successful the picture,” Alfred Hitchcock famously said, and the virtues of villainy—of the plausible kind, not the cartoonish sort that prevails in today’s superhero-addled blockbusters—go well beyond the box office.

Villains may be evildoers, but they can also be galvanizing, energizing societies to protect the innocent, defend democracy, or address wrongdoing. And villains allow us to recognize the evil within ourselves. “There is some good in the worst of us and some evil in the best of us,” wrote Martin Luther King, Jr. “When we discover this, we are less prone to hate our enemies.”

So our current shortage of common villains, while perhaps not as important as California’s lack of housing, or open spots at the University of California, deserves some attention.

Especially now, with villainy—like so much else—in a moment of transition. Traditional sources of villainy aren’t producing the distinctive characters they once did. Mass murder, for example, is now so routine that we’ve become desensitized to it. Is it just me, or do you find it hard to keep all the mass shootings and truck rampages straight?

An oversupply of villains can be paralyzing. Take the mortgage mess that produced the Great Recession, or the never-ending frauds at Wells Fargo. Both involve so many thousands of low-level scammers (some of whom lost their jobs) and so many hundreds of higher-ups (who weren’t punished) that it’s hard to figure out who the biggest villain is, much less whom to prosecute.

California’s power brokers of the past—from the lobbyist Artie Samish to the Assembly speaker Willie Brown—once played the villain with panache. But politics here has become too complicated and confusing—with so many different interests and inflexible constitutional amendments—that it’s impossible to assign responsibility when things go bad.

And just when it appeared that Hollywood finally had given us a singular uber-villain with the revelations about Harvey Weinstein’s predations, dozens of actresses came forward to tell us that such villains are as common as casting calls.

While we once could depend on the rich to live lives worthy of our contempt, today’s Californians have come to treat the rich as saints—since, in this time of vast fortunes and a declining middle, our companies and our causes have come to depend on a few billionaires. It’s worth noting that while California’s Democratic politicians and labor union chiefs like to talk about their commitment to the poor, the person they seem to spend the most time thinking about is the billionaire political donor Tom Steyer.

Villains may be evildoers, but they can also be galvanizing, energizing societies to protect the innocent, defend democracy, or address wrongdoing. And villains allow us to recognize the evil within ourselves.

Now at this point, I can hear 70-plus percent of Californians yelling at me: Haven’t you forgotten Trump? I have not. Yes, he’s waging rhetorical and policy war against California and its people. But he is an unsatisfying villain, for reasons both personal (his lies and offenses are too obvious and dumb to make him worthy of our opposition) and geopolitical (we have to root for him not to start a nuclear war and kill us all).

No, if we’re going to find a villain big and ambitious enough to fit California, we need to look in Silicon Valley, where the object of the game is not merely to dominate the world but to transform it. And if the lives and livelihoods of others are disrupted in the process, so much the better.

When I asked Bay Area people if there was one figure whose villainy might be universally acknowledged, one name kept coming up:

The billionaire Silicon Valley investor in startups co-founded PayPal and was famously Facebook’s first outside investor. His work has shaped modern society so profoundly as to impact the lives and livelihoods of virtually everyone in the state.

California, in turn, has made him rich, powerful, and famous. And how has he thanked us? By using his renown to attack us.

Thiel is a graduate of California public schools (San Mateo High) and of our foremost institution of higher education (Stanford) who rails against government-backed schools and has encouraged people not to go to college. He’s an immigrant (his family came from Germany when he was an infant) who has supported the anti-immigrant provocateurs like Ann Coulter and President Trump. While backing nationalist politicians, he bought himself citizenship in New Zealand.

Worse still, while he has benefited from living, working, and investing in a free and democratic country, he has expressed contempt for democracy. “I no longer think that freedom and democracy are compatible,” he wrote in 2009, and he has argued for escaping democracy via cyberspace and outer space. He has suggested that people are too dumb to govern themselves democratically, and called women’s suffrage damaging to democracy. “The broader education of the body politic has become a fool’s errand,” he has written.

This is monumentally villainous. A man who has the power and technology to reach deeply into all of our personal lives betrays utter contempt for humans. Like so many villains, he’s a false prophet, claiming to liberate people with technology while actually holding authoritarian views that would enslave them.

Thiel also has written that he “stands against … the ideology of the inevitability of the death of every individual.” The notion of eternal life for some is tyrannical, but it can be useful for the rest of us. When it’s so hard to find a durable villain against which we can define ourselves, aren’t we Californians lucky to have one who intends to live forever?