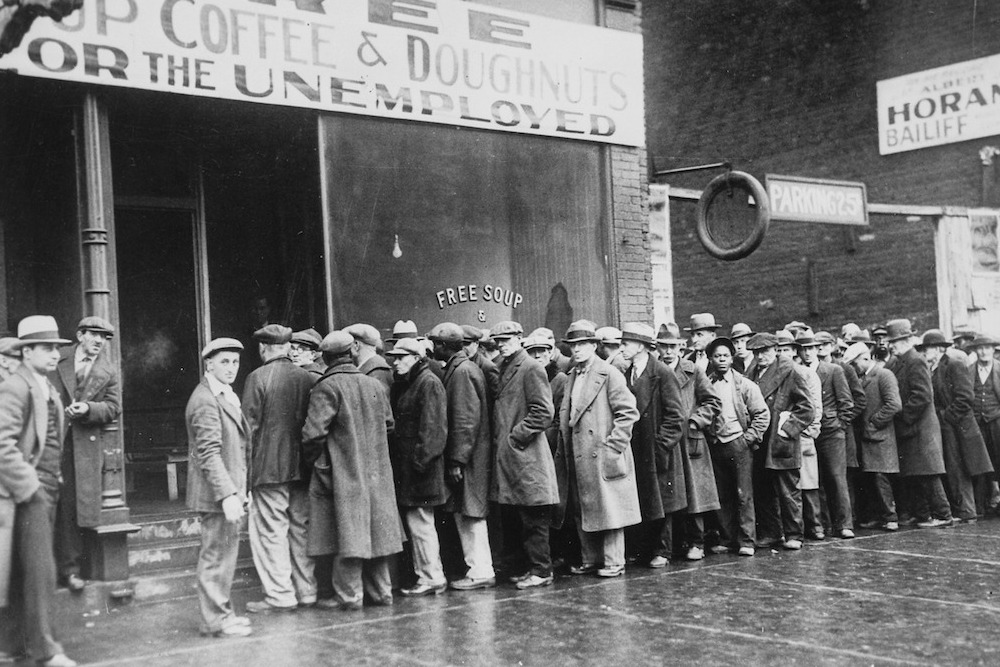 Americans are forever being urged to do things that supposedly will jump-start the economy, protect jobs, and raise the fortunes of Wall Street. Politicians and pundits implore consumers to “Buy American,” so as to help U.S. workers and keep the trade deficit low. Or to hit the shopping malls—even if it means taking on more debt—while still somehow finding a way to balance the family checkbook.

What’s striking about these demands is that the responsibilities and obligations of American consumers are understood to be stories about individual accountability. Whether it is the government asking consumers to eschew a low price for the sake of patriotism, or economists calling on them to manage debt at the same time that they unleash their desires, demands made on consumers are imposed at the personal level. Each citizen must hold the reins of protection and growth in his or her own hands, making choices that apparently resonate on the national level.

Given the widespread belief in the invisible hand of the marketplace, such a personal touch seems out of place. Yet the logic behind the importance of the individual consumer is so deeply rooted that it’s hardly surprising to find it persists. It’s a formulation that goes back to 18th-century efforts to understand the creation and preservation of wealth.

Take, for example, one 1767 diatribe written by a frustrated New York linen draper. Infuriated by the poor state of his local economy—excessive imports had left the colony constantly in debt and drained of all hard currency—the merchant published a pamphlet that was intended to act as an object lesson in the arts of economizing. He painted a picture of an industrious farmer from Staten Island, busily bringing to market all the “beef, pork, corn, butter, cheese and wool” he could spare. Having earned a thousand pounds through his sales, he went on to buy the makings of a good party, bringing home “rum, sugar, wine, cloth, silk, muslin and tea.” But this farmer never spent more than he earned. As a result, he prospered.

When his son succeeded to the estate, the parable took a darker turn. The young man’s desire to be fashionable led to overspending on pricey imports. Claret, madeira, linen, chintz, and damask—all of which could have been substituted with items made at home—led to the young man’s ruin. His farm was sold, his “body shut up in prison.” The lesson from such a tale was clear, the linen purveyor suggested: “The conduct of a single Farmer and a Province in this respect differ no more than greater and less.” In other words, a healthy economy comes simply from responsible housekeeping.

Such morality tales were not the purview of protectionists alone. Free-trade enthusiasts likewise sought to justify their ideology with counter-parables about economically righteous behavior. In 1776, when the Scottish economist Adam Smith sought to persuade readers that restrictions on imports were unhelpful, he turned to the example of the “prudent master of a family” to make his case. Why would such a sensible man seek to manufacture shoes or clothes for himself, Smith argued, when it clearly made sense for him to seek out those items from cobblers and tailors who could make them faster and cheaper than any member of his own household? Leaping from the household to the nation, Smith continued: “What is prudence in the conduct of every private family, can scarcely be folly in that of a great kingdom. If a foreign country can supply us with a commodity cheaper than we ourselves can make it, better buy it of them.”

Regardless of ideology, such parables shared a basic didactic device: They erased differences between an individual’s personal economy and the nation’s political economy. Collapsing the distinctions between household and country made it easier to imagine that the judgments and actions of a single consumer could have a direct bearing on the health of the nation’s economy. Both authors—the linen merchant, and Smith—went on to argue that economic policy could structure and influence the creation of wealth. Still, the cornerstone of national wealth remained an individual’s actions. The role of policy was obscured by the familiar metaphor of the consumer at home.

The logic behind the importance of the individual consumer is so deeply rooted that it’s hardly surprising to find it persists. It’s a formulation that goes back to 18th-century efforts to understand the creation and preservation of wealth.

In America, such parables about personal habits and individual accountability had special resonance. Even before Smith’s prognostications were rolling off the press, Americans had confronted the question of how far their actions as individual consumers might take them and their nascent nation. By boycotting English woolens and donning homespun and in refusing to drink East India Company tea, colonial consumers challenged the might of the British empire. By 1776, Americans had learned powerful lessons about their importance as individuals. Their everyday household decisions had helped birth a nation.

In the wake of the Revolution this form of patriotism lost some appeal. Still, the idea that each individual might make the choices that would create national wealth did not disappear. Faced with an enormous national debt and seeking ways to raise urgently-needed revenue, politicians turned back to the consumer. Members of the First Congress in 1789 passed a new tariff: Each time Americans bought a foreign luxury, they would pay a price to the nation for doing so.

Once again, personal economy sat at the heart of political economy. Praising the new tariff in 1789, The Connecticut Courant editorialized: “It teaches us to economize not by forbidding us to be extravagant but by making us pay for it if we are so.” For those who were wealthy, it was possible to shop and contribute to the nation’s coffers. For those who were poor or dependent, the only virtuous course of action was to abstain from the world of foreign luxury goods altogether.

This formulation led to a notion that economic liberties in the form of consumer choice should be reserved for the rich and powerful, rather than the poor and vulnerable. In addition, the idea that consumers as individuals had such a direct impact on the nation’s economic health gave rise to the virulent surveillance of less-wealthy consumers whose actions seemed not only to undermine their own solvency but that of the nation, too.

During the Panic of 1857, for instance, retailers scrambled to unload unwanted stock by reducing prices, closing down lines of credit, and selling cheap for cash. Since most Americans, rich and poor, depended on credit to survive, such an action could have provoked widespread condemnation. But it was not the frantic retailers who came in for criticism; instead, it was a “horde” of female shoppers that caught satirists’ attention. In a piece in Harper’s Weekly, women were described as a “spending animal” whose heart was “a bargain” and whose soul was “an immense reduction.” These shallow shoppers were not just criticized for their unbridled spending: They were accused of obliterating “republican values” too.

Even as the nation succumbed to cataclysmic Civil War, citizens continued to monitor each other and make judgments. In the Union, where a new and stringent tariff became law, Northern shoppers found they could defend their personal purchases as contributing to the nation’s coffers. In this way, President Abraham Lincoln’s government helped to enshrine consumption at the heart of America’s political economy, as a civic force for good. But even as the Republican Party helped transform shopping from liability into liberty for everyday Americans, the central idea that individual shoppers bore a personal responsibility to keep the nation solvent remained intact.

As modern-day accounts of consumer behavior show, Americans have not shaken off the lingering belief that the national economy is simply the household economy writ large. With the U.S. financial collapse in 2008, both media and government were quick to scrutinize the actions of the individual consumer. Overspending and irresponsible borrowing (rather than irresponsible lending, for example) were easier to understand. As Time magazine noted in a list of 25 people most to blame for the subprime crisis, consumers deserved some blame: “we enjoyed living beyond our means…no wonder we hoped it would never end.” As had been the case throughout America’s history, government looked to individuals to make right the nation’s economic predicament. Using the language of household economics, it was easy to lay the blame on the shoulders of individuals. Tales of personal fiscal irresponsibility offered a “common sense” solution to the problem; stories of structural failures did not.

The homespun vision of the nation as household enshrines the consumer as the agent of America’s fortune or failure. But such a vision is, of course, a fiction. Though individual citizens may be in charge of their own households, they are not in charge of the American household writ large. The citizen-consumer is at the mercy of national economic policy, not the other way around. Nonetheless, as with all homespun philosophies, it’s a myth that is hard to dispel. Perhaps that is not surprising. It’s a story as old as the nation itself.