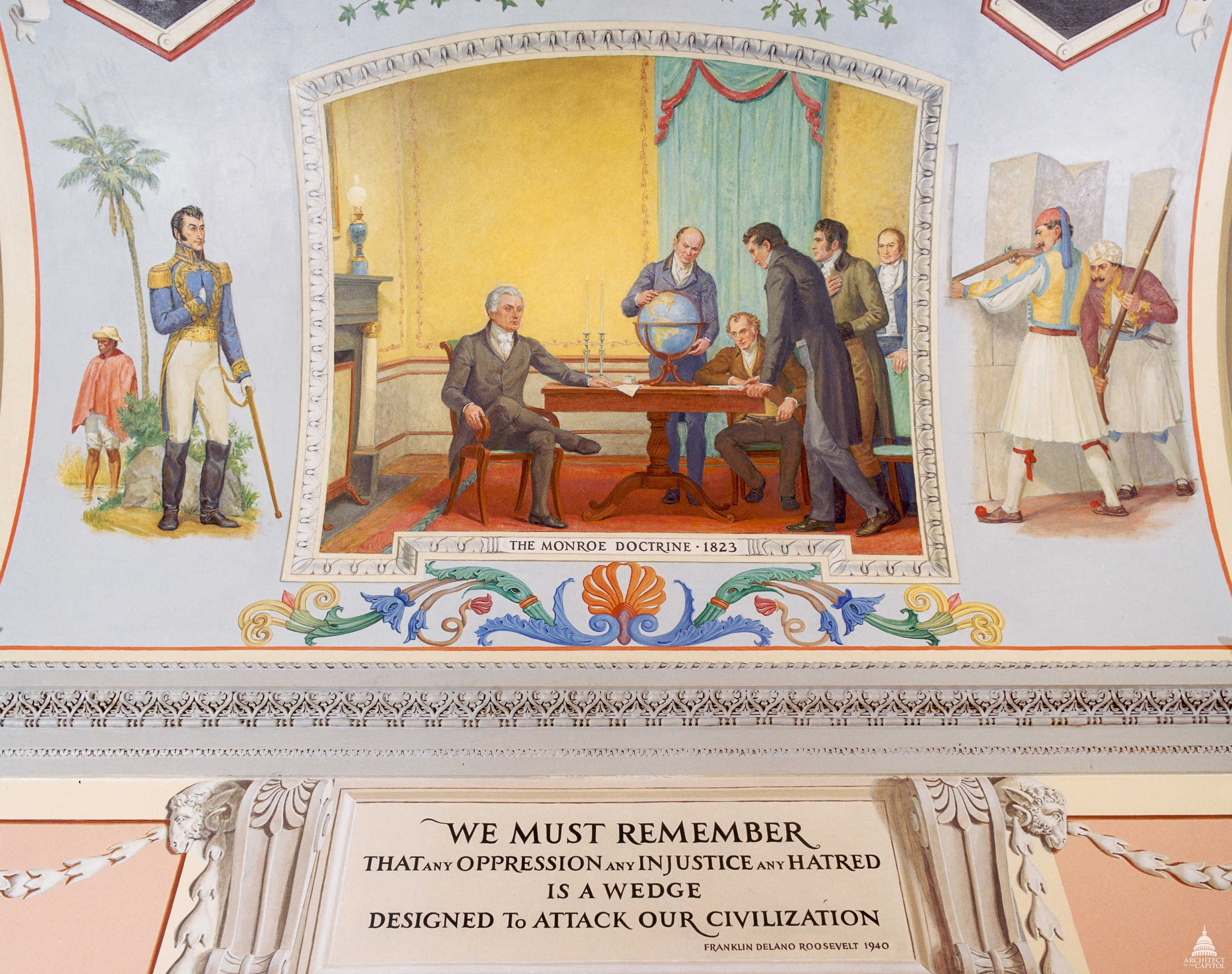 As the son of John Adams, John Quincy knew most of the other Founders, including George Washington, and he had an abiding belief in the virtue of their handiwork. Declaring the blessing of American exceptionalism, he announced that the American founding proclaimed “to mankind the indistinguishable rights of human nature, and the only lawful foundation for government.”

Convinced of the special place that America had both in history and in the world of his time, Adams pursued one of the longest public careers in the country’s history, stretching from the mid-1790s until his death in 1848. He constantly strove to protect the independence of the country and to advance its prestige and standing.

In no area did his determination stand out more than in his commitment to both American territorial expansion and pre-eminence in the Western Hemisphere. As a Federalist United States senator from Massachusetts, he supported the Virginia Republican President Thomas Jefferson’s purchase of Louisiana from France even though his own party and his state opposed it, fearing it would in time significantly enhance Republican political strength. In Quincy Adams’s view, adding the immense Louisiana Territory stretching from the Mississippi River to the Rocky Mountains enhanced the greatness of his country. To him that result far outweighed the possibility that new states eventually carved from the Territory might diminish the influence of his own New England.

When Adams became secretary of state in 1817, he brought to the office a vision of his country extending all the way to the Pacific Ocean. He saw his opportunity in negotiations with Spain over the purchase of Florida, the only remaining area east of the Mississippi not then possessed by the United States.

Spain was willing to sell Florida, but worried about a powerful and expansionist United States moving closer to Mexico, the jewel of Spanish America. In those talks, Adams advocated pushing the southwestern border with Spain beyond the Sabine River, the boundary between American Louisiana and Spanish Mexico, deeper into its northern province of Texas. But, sensing Spanish apprehension on that matter, Adams instead pressed Spain to relinquish to the United States its claim to the Pacific Northwest, and Spain acquiesced.

Thus, in the Transcontinental Treaty of 1819, also known as the Adams-Onis Treaty, for the first time the United States gained a legitimate claim to territory bordering the Pacific Ocean. It had become a continental nation. Throughout the remainder of the 19th century, Americans would migrate westward toward a distant frontier that Adams’ diplomacy initially made possible.

Texas would reappear in Adams’ future. As president between 1825 and 1829, he tried to purchase the province from Mexico, by then independent of Spain and the new owner of Texas. His efforts failed. Later, as a congressman in the 1830s, he opposed adding Texas to the United States—because it permitted slavery. Likewise, Adams opposed the Mexican-American War because he interpreted its origins as an aggressive move to advance slavery.

In no area did [Adams’] determination stand out more than in his commitment to both American territorial expansion and pre-eminence in the Western Hemisphere.

Yet, where there was no possibility of slavery, Adams remained an ardent expansionist. As a congressman in the 1840s, he vigorously backed sole American control of Oregon. Since the Transcontinental Treaty, the United States had possessed the Spanish title, but Great Britain also had a claim. And the two countries had agreed on a joint occupation, with the stipulation that with one year’s notice either party could terminate the agreement. In 1846, the United States did so, with Congressman Adams enthusiastically on the side of an American Oregon.

Adams also never stopped looking south in search of domination over the Western hemisphere. And in time, a weakened Spain would again offer opportunities.

By the early 1820s Spanish colonies in both North and South America had begun breaking away from their former colonial master. Spain simply did not have the power to hold them, but Adams worried that another European power or a concert of them would replace Spain on this side of the Atlantic Ocean.

With the most powerful navy in the world, Great Britain represented the greatest potential threat. But a growing rapprochement between Great Britain and the United States led to an unexpected British overture. In the summer of 1823 the British government invited the U.S. government to stand with it and together tell the world that no other power would be permitted to replace Spain. Applauding this initiative, many prominent Americans wanted to accept.

Adams was almost alone in demurring. He wanted his country to make a unilateral declaration that the United States alone would not allow any future European colonization in the Western Hemisphere. And against considerable opposition Adams persuaded President James Monroe to adopt this position. In his message to Congress in December 1823, Monroe promulgated what would become known as the Monroe Doctrine.

Yet, fundamentally it was the John Quincy Adams Doctrine. A major thrust of the doctrine proclaimed that the United States would not stand for any other European power establishing a new colonial empire on this side of the Atlantic. That prohibition applied to Great Britain too. The United States would dominate the Americas, Adams said, and assert its hemispheric hegemony without challenge. He wrote, “We have it; we constitute the whole of it.” From his time forward, the United States has in different ways affirmed its pre-eminence in this hemisphere.

Thus, for the future United States as a continental nation and the dominant power in the Western Hemisphere, the vision and policy of John Quincy Adams were formative and far-reaching.