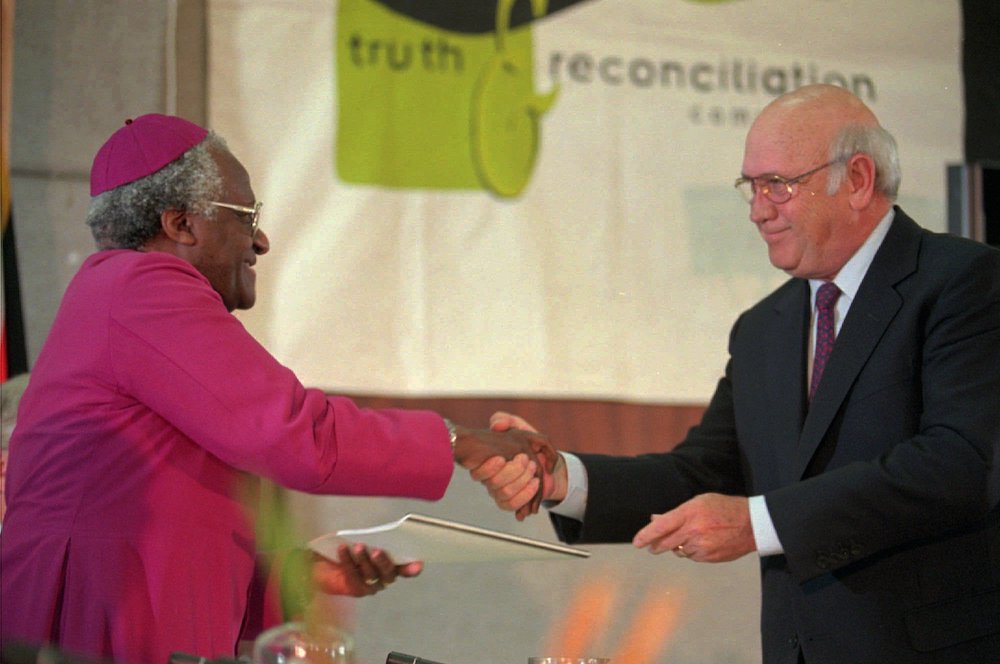 Why do we have such difficulty thinking about forgiveness? Read the news on any day and you’ll find stories of war, injustices present and past, and attacks on democracy. It’s apparently a world of apathy and lack of empathy for one another. Forgiveness is not a virtue of this de-civilizing world. But it is the responsibility of outsiders like philosophers and artists to think about forgiveness because it is a powerful personal and political tool that is essential to democracy, to peace, and for personally coming to terms with the injustices and suffering that humans experience and inflict upon those around them.

Philosophers can bring humanness out of the inhumane, as they can bring beauty out of ugliness and peace out of war. So philosophy is a powerful human tool for forgiveness, but it can also radically rethink the idea of forgiveness as the bearer of dignity. This is why philosophers are more than philosophers; they are individuals who can give meaning to the dignity of the human race. It was this flame of dignity and the power of philosophy to ignite it which led me to become a philosopher in the first place. However, philosophers have differed widely as to their answers to the question of forgiveness.

First, we have to establish what forgiveness means, in a political way. It is not an end to suffering. Suffering is part of life. As the German philosopher Arthur Schopenhauer said, “If the immediate and direct purpose of our life is not suffering then our existence is the most ill-adapted to its purpose in the world.” As such, each new generation, and every new human being, must pave anew the path of suffering.

The important question is how we deal with that suffering. One option, often taken in political situations, is to go for revenge against the person or people who have caused the suffering. But revenge doesn’t offer consolation. Only insofar as the heart can draw things into itself are they of any value. We are not only animals of reason, but also beings capable of compassion. It is only through forgiveness that we can derive consolation from the troubles of life.

Neither does forgiveness mean forgetting the wrongs that were done. Entering the process of forgiving does not necessarily mean that we hold back the bitter past. There are always memories of evil that we cannot forget. Many Holocaust survivors believe that forgiving the Nazis would fail the memory of past victims. But isn’t it true that forgiveness cannot forgive anything but the unforgivable? Otherwise it will lose its meaning.

What is important is how the action of forgiving works. Forgiving, as much as revenge, is one way of entering into a relationship with the Other. But while revenge is the negation of Otherness of the Other— because it disregards and discards the Other as a moral person—forgiveness, instead, tries to enter into a dialogue with that Other.

Forgiveness is both the condition for dialogue and is also realized through dialogue. Dialogue is not a phenomenon that occurs from nowhere and goes nowhere—engaging in it establishes a shared past and creates a future. Furthermore, dialogue requires both questioning oneself and caring for the Other. Thus, forgiveness is about moral repair and rebuilding decency, trust, and hope.

Unlike revenge, forgiveness is not an automatic response to injustice. It requires much more reflection and thought. All human beings can be reflective, in the sense that thinking about what one does is part of doing it. Maybe what perplexes individuals so much about the concept of forgiveness is that forgiveness is seen and felt as a newcomer in our lives. Yet forgiveness, by including both the self and the Other, gives humanity a common horizon, and a shared future.

Neither does forgiveness mean forgetting the wrongs that were done. Entering the process of forgiving does not necessarily mean that we hold back the bitter past.

It is the creation of a shared future that makes forgiveness important in a democracy. A truly moral conception of citizenship requires that one listen to the other with empathy and learn from the past. It is the action of learning to forgive that can reverse the meaninglessness and thoughtlessness of the de-civilizing process we are currently going through.

However, there are pitfalls. The language of exclusion can easily lend itself to the invention of a revengeful worldview. When justice is no longer about compassion, it is only a table of abstract regulations that people use or abuse without care for others. This kind of formal “justice” lacks empathetic listening to the other and voids the possibility of forgiveness. In fact, forgiveness is more than a simple event: It is a paradigm shift to a new outlook on human affairs. If we seek forgiveness, whatever form it may take, we must labor to find it rather than work for an insignificant world based on values such as greed, power and hatred.

This is a responsibility that our human civilization should accept without fear or apprehension. The ethos of shared responsibility finds its best expression in the process of taming violence through acts of forgiveness. The best example of this can be seen in the moral and political efforts of Nelson Mandela to establish national reconciliation in post-apartheid South Africa. As Mandela said: “If you want to make peace with your enemy, you have to work with your enemy. Then he becomes your partner.”

This is where we should look for a political exercise of moderation and empathy and where a climate of cooperation and reconciliation could flourish.

Today, in a world suffused by feelings of insignificance and violence, indifference is no longer an option. To fail to recognize this is to betray our conscience. Indifference has cheapened our human life. Therefore, forgiveness is a quality that cannot be manufactured by businessmen and politicians. What’s more, it must have a level of sincerity—individuals have to see past their own arrogance and hostility to pursue decency and human dignity.

Its ongoing relevance makes forgiveness all the more compelling in current debates on violence, democracy, and culture. As Archbishop Desmond Tutu said in the context of the South African Truth and Reconciliation Commission, “It is ultimately in our own best interests that we become forgiving, repentant, reconciling and reconciled people, because without forgiveness, without reconciliation, we have no future.”

While some will follow Tutu’s advice, others will think that what he suggests is madness. If there is only one beautiful madness in the world which can free us from all forms of political and religious lunacy, it’s the act of forgiving the person while not forgetting the event.

This is when we enter the stage of history not from the back door, but by being fully present in the agora in order to predict the horrors and warn others. As Hannah Arendt says: “Men in plural can experience meaningfulness only because they can talk with and make sense to each other and themselves.” As such, forgiveness, as a new beginning, is not when the past is forgotten or hidden in a corner of our mind, it is when our past sufferings are not repeated and we do not repeat each other’s.

We accomplish the politics of forgiveness when we are capable of organizing our societies around the idea of decency of humanity. There is no reason to think that this struggle is a lost cause.